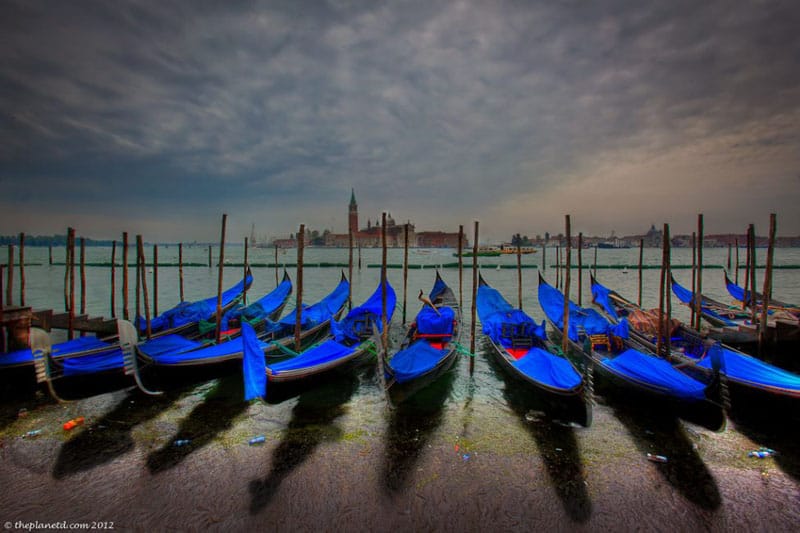 Looking to add a little romance into your travels? There are some pretty romantic cities to visit and Dave and I have gone around the world rating the romance factor.

We feel that we are definitely qualified to rank the most romantic cities on earth since we have actually been to the ones listed below.

What do you think? Did we get the list right? Do you have a romantic city we should add?

The World's Most Romantic Cities

We have personally experienced some of the most sizzling destinations on earth.

A glamping experience in the Outback ranks among the tops, and relaxing in our own soaker tub as we look over the Aegean Sea of Santorini it's about the most romantic cities in the world.

So without further adieu, here are our choices for the 8 most romantic cities on earth.

Ah Paris, the city of light. The City of Amour. The city of love. It may seem cliché but we don't care.

Paris is number one of all the romantic cities in our eyes. There is nothing like strolling along the River Seine as the Eiffel Tower sparkles late at night.

Sharing escargot with a fine bottle of French wine over candlelight is perfectly wonderful and enjoying a quiet moment on the Canal is as stereotypically romantic as it gets. Paris is made for Amour.

Many people say “get out of Venice.”

We disagree. If you are traveling to Venice by cruise ship or tour bus, we can understand why you feel that way, but if you stay in the city for a few days and explore, you will find it absolutely enchanting.

When the hoards of tourists leave, the city goes quiet and getting lost in the maze of alleyways and back streets is pure romance.

Go during the off-season, or stay in Venice overnight for a few days and you'll understand what we are talking about.

A private water taxi tour is the perfect way to explore and feel that you are creating your own storybook romance or Hollywood movie scene.

And of course, you must take a gondola ride through the canals. What says romance more than floating through Venice waterways.

The setting is bewitching. Take a boat over to San Giorgio Maggiore to gaze upon the city from the clock tower, you cannot help but fall in love.

Located on the very picturesque West Lake, Hangzhou is the honeymoon capital of China.

Known for it’s touching love story “The Legend of the White Snake,” lovers and newlyweds flock to its shores to capture some of Hangzhou's romance and magic.

The tragic tale is romantic enough, but the setting makes it truly magical. Marco Polo declared that “In heaven, there is paradise: on earth there is Hangzhou.”

Mountains surround the lake filled with islands, pagodas, parks, and pathways. It's as relaxing as one can get in urban China and stopping for a huge bowl of frozen yogurt is the ultimate date.

Udaipur is known as one of the most romantic cities in India.

Situated on Lake Pichola with the famous Lake Palace standing proud in the centre of it all, Udaipur makes for a fairytale setting.

With palaces and temples, mosques and ghats, it is a city fit for royalty.

We dined on balconies overlooking the lake and lounged on cushions sipping tea and enjoying the bustling daily life outside.

With a hotel situated directly on the water, you couldn't ask for a more romantic setting.

How can you not include a city that has hearts springing up everywhere? The heart of San Francisco was an art installation started in 2004 and artists bid to design their own unique heart each year.

San Francisco is such a beautiful walking city. There is waterfront dining and people watching at Union Square.

If hiking and biking is your idea of romance, this is the city for you. San Francisco is for being outside and enjoying the waterfront and high seas. As a metropolis, it has all the fine dining, night clubs and lounges you could hope for.

It's North America's most European city and if you want an old-fashioned romantic getaway this is the place to go.

Quebec City is a place to get lost in the cobblestone streets of the old city. Take a horse carriage ride or walk along the St. Lawrence River. Quebec City just may be the only city that gets better in the winter.

Go ice skating in the old city outdoor arena, take part in the Quebec Winter Carnival. Quebec City is one of those cities that makes you feel as if you want to do something Grand.

It is here that you must cuddle up with your loved one in a big old grand hotel, eat decadent French food and enjoy drinks at Le Concorde while overlooking the city skyline.

When we first laid eyes on Cape Town we both gasped and said, this is the most beautiful city on earth.

As we stood on a bridge at the V&A Waterfront, we looked back at the city with the enormous Table Mountain looming overhead. It was so romantic.

It's all about water in Cape Town, and you can dine by the sea in places like Camps Bay, Cape Town's most scenic oceanfront route.

Just driving around Cape Town is romantic. Chapman's Peak is one of the most scenic drives in the world.

Rent a car, and take a day trip to drive the coast with your honey by your side. Now that's romantic.

While many people put Sydney at the top of their list, we fell in love with Melbourne. It is considered one of Australia's top romantic destinations.

Take a hot air balloon over the city at dawn followed by a champagne breakfast.

Get lost in the hidden lanes of Melbourne, or buy some fresh bread, cheese and wine at Victoria Market.

Restaurants line the picturesque Yarra River, where you can enjoy a romantic dinner on a patio to watch the sun go down.

Take a day trip to the incredibly beautiful Twelve Apostles and you too will fall in love with Melbourne.

Dublin is one of our favorite cities on earth, but it is also a place for romance. Saint Valentine is buried in Dublin, so you know it has to be a romantic city right?

One of the great romantic writers of the ages grew up in Dublin. Visit the Oscar Wild Memorial and get lost in the romance of Dublin.

Take a walk through Saint Stephen's Green or make your way to Love Lane. Yes, there is a place called Love Lane in Dublin. Love Lanes are a series of lanes that have transformed the old dark streets of Dublin to bright and cheery date night locations.

Trinity College is a wonderful place to go for a walk, and simply strolling hand in hand along the River Liffey is a lovely romantic thing to do.

Nothing says romance more than an exotic destination. Marrakech was made for romance. It reminds me of an old-time romantic adventure movie where damsels and explorers ride through the Sahara Desert to the Atlas Mountains.

Stay in a Ryad in this Morrocan City and see how sheiks and Bedouins lived.

Get lost in the maze of streets in the Medina and buy your loved one a trinket in the souks.

End your day overlooking Djemma El Fna from a rooftop patio as watch the sunset while sweet peppermint tea with your sweetie.

Dancing, dining and the most beautiful coastline on earth, that's Rio De Janeiro.

With iconic beaches like Copa Cabana and Ipanema, this is South America's most romantic city!

Take a cable car up to the top of Sugarloaf Mountain for extraordinary views, or hire a private helicopter tour to view the inonic Christ the Redeemer.

Stroll along the miles of beaches and be sure to go out dancing to learn how to salsa!

Japan, how we love you! Staying in a Ryokan is probably one of the most romantic things we have done in our travels.

Kyoto is considered one of Japan's most romantic cities with beautiful temples and those iconic Tori Gates.

Kyoto and Tokyo can be crowded, but if you make sure to have an escape in a Ryokan, all the crowds and chaos will melt away.

Cherry Blossoms attract romantic couples to Japan and Kyoto is the number one spot. Be prepared for crowds, but it is one of the most beautiful scenes you will ever see!

It may be huge and it may be chaotic, but we love New York!

Take a walk along the Brooklyn Bridge or head over to DUMBO to view the New York Skyline.

We splurge on a ritzy hotel and pretend we are movie stars. A walk through Central Park lets us reenact our favourite movie scenes.

And lastly, going to of The Empire State Building, shows off the beautiful city like no other while we think of all the romantic movies that have taken place in this building. (When Harry Met Sally Anyone?)

We could make an entire romantic cities list out of Italy alone. Florence, Pisa, Bologna, Positano they are all worthy of being on any romantic city lists.

But there is something special about Rome. The history and the beauty of ancient ruins strewn through the modern metropolis.

It's the food that makes this city romantic. Indulge in the rich pasta and wines of Rome. Take a food tour to get acquainted with the cuisine of Rome and be sure to stroll along the river.

Is it just me, or is there a connection between the romantic cities of the world that they are all located on the water?

It was once the honeymoon capital of the world. And it is still our favourite weekend getaway in Ontario.

Stay at one of the Fallsview hotels with a fireplace and jacuzzi suite overlooking the incredible Niagara Falls.

Watch the light show at night and enjoy a romantic dinner with a view of the falls.

Take a day trip to Niagara on the Lake for a horse and carriage ride through wine country. Niagara Falls is still one of the top romantic cities on earth.

The romantic movie, Vicky Christina Barcelona showed the passion and romance of Spain.

Barcelona is romantic just be viewing its architecture. The famous works of Gaudi paint the streets of Barcelona with colour and beauty.

Take a sailing trip to see Barcelona from the sea, stroll hand in hand along the waterfront and enjoy a romantic dinner from one of the many rooftop patios.

With so many places to enjoy the views of Barcelona, you'll never tire of finding yet another spot for sunset. It's a city that never sleeps with wining and dining going well into the night.

Barcelona is a place to get back in touch with your loved one and inner romantic in you!

And that ladies and gentlemen are our choices for the most romantic cities on earth.

Do you have a favorite romantic city in the World?