The Leaning Tower of Pisa – Is It Worth The Visit?

Just an hour from Florence by train is the famous Leaning Tower of Pisa.

This was our fourth trip to Italy and we had yet to go to Pisa, so we made it our mission to finally see the famous tower of Pisa.

About the Leaning Tower of Pisa

The leaning tower of Pisa is located in the province of Pisa in the Tuscany region.

It is located behind the Pisa Cathedral in the City Square. It is not hard to miss!

We stayed at the NH Hotel right by the train station to make things easier and were walking distance from the tower of Pisa.

It was so nice to walk out of the station and instantly see our hotel to relax after the trip for a few minutes before walking over to see the tower.

The Pisa Tower from the Pisa Train Station

The train station is about 20 minutes from the leaning tower. It’s an easy walk almost in a straight line across the river.

Before we knew it, we were at the Piazza Arcivescovado where we met our Walks of Italy Guide, Vincenzo.

We caught a quick glimpse of the tower, but that was to be saved for the end.

First, we took a stroll through the Monumental Cemetery (or the Camposanto Monumentale).

Pisa is a picturesque city located on the Arno River and it’s worth spending a couple of days here to take in the architecture.

Pisa may be crowded with tourists, but while walking through this cemetery, you’ll be in peace and quiet taking in the beauty of the frescoes and tombs.

The Camposanto was built in the 12th century, but unfortunately, it was all but destroyed during WWII.

It has been beautifully rebuilt with 84 tombs still intact and they have been working on restoring the frescoes as well.

One fresco that can still be seen is called the Triumph of Death. Check it out and you be the judge of what it’s all about.

A Visit to the Pisa Duomo

We then visited the Duomo. This was a little less serene but beautiful to see.

Sifting through the crowds of people, we caught a glimpse of the pulpit, we marveled at the gold ceiling and wove through the marble columns.

At one time, Pisa ruled the Mediterranean and you can definitely see hints of that wealth in this building.

Today, Pisa is a university town and has a population of 88,000 residents.

But it is most famously known for its leaning tower, the final stop on our tour.

What’s interesting is the Tower of Pisa was simply the bell tower of the Camposanto.

It was doomed from the start though and before they even finished construction it began to lean.

For decades, engineers from around the world took a stab at fixing it.

In 1989 the tower of Pisa was finally closed to fix the problem.

The Tower of Pisa is now saved and still leaning for generations to see for years to come.

In 2001 the Pisa tower re-opened and it now has a more manageable lean. The top is 4 meters from vertical.

When taking a tour, you skip the line and head right into the front of the tower. Apparently, you can spend over an hour in line, but we walked right in at our allotted time.

Get your front of the line passes to the leaning tower of Pisa at Get Your Guide. The reserved entrance tickets will save you hours of time.

The Tower of Pisa Tour

When we entered the centre of the tower, our tour guide started talking about the history of the tower, but we noticed that people started walking up the stairs during her speech.

We decided to follow so that we wouldn’t be stuck behind some slow climbers and I’m glad that we did.

We felt quite satisfied climbing the Tower of Bologna and looking out over the city.

The Two Towers of Bologna are more rustic and authentic than the restored tower of Pisa and they both lean.

The Tower of Asinelli is the tallest in Italy 97 metres and Garisenda Tower has an extreme lean.

The Asinelli Tower is the one that you can climb in Bologna.

We climbed up the narrow stairs that some people find quite frightening. There’s just one little railing separating you from a long tumble down.

But no matter, it’s fun and when you get to the top, the views are incredible. Bologna is one gorgeous city dating back to 1000 BC.

Timed Entrance Leaning Tower of Pisa – Skip the long lines at the ticket office and go directly to the tower for your reserved time slot.

Pisa Guided Walking Tour – Similar to the tour we took. Walking tour of the Piazza dei Miracoli and its monuments, the Cathedral, the Baptistery and Camposanto, and the Church of San Sisto.

Exclusive Pisa Tour from Florence – This exclusive tour takes you on an air conditioned coach from Florence to Pisa. The tour includes a local guide, tour escort and entrance fees to Pisa Cathedral and the Leaning Tower.

Florence and Pisa PrivateTour – Visiting Pisa and Italy by cruise ship. Get picked up by a Mercedes Benz sedan or minivan from Livorno Port to explore Pisa and Florence on this full day excursion.

Where to Stay in Pisa

We enjoyed our stay at the NH Hotel. Modern, clean & good location by train station.

The steps were much wider and easier to climb than the Bologna Leaning tower and it wasn’t nearly as high.

It wasn’t quite the same adventure, but it was still a good climb to make us feel that we did a bit of exercise for the day.

Before we knew it we were at the top and I’m glad we made good time. It turns out that you are allotted a very short tour of the top.

We moved quickly and barely had enough time to see everything. The tower of Pisa is in high demand and they move tours through all day long.

So remember, get up quickly and move quickly through the tower too.

There are two levels to discover. The first floor gives you an overview of the city from safely from behind a tall fence.

You can squeeze your camera through just enough to get a photo or two.

Don’t take too long here though, because as you move around the tower to the other side, they open up the next level that where you can walk up and see the bells.

We were the last ones out of the tower and the guard had to come and move us along, but we managed to have it all to ourselves for a couple of seconds before being shooed down.

I’m really glad we took the trip from Bologna to Pisa. It’s really cool to be able to compare the tallest leaning tower of Italy to the most famous leaning tower in the world.

How can you not visit such a marvel? It’s only an hour from Florence and a must to see. The big difference between  the Tower of Pisa and the Bologna towers is the setting.

With the leaning tower of Pisa, you can look at it from a distance. The Tower of Pisa stands alone in a clearing and is very easy to view from all angles.

In Bologna, the city surrounds the towers and it’s difficult to really take in the lean. They both are very different and they both are equally as cool.

MORE INFORMATION FOR YOUR TRIP TO Italy 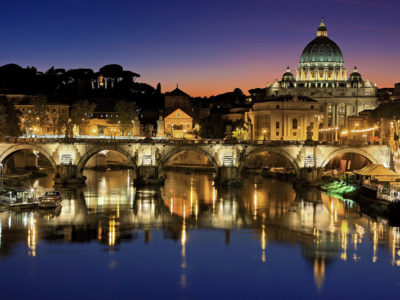 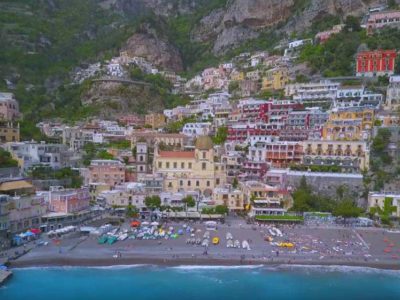 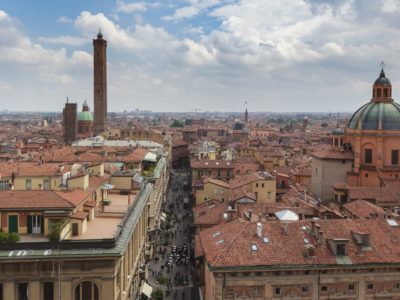 38 thoughts on “The Leaning Tower of Pisa – Is It Worth The Visit?”

Home » Europe » Italy » The Leaning Tower of Pisa – Is It Worth The Visit?