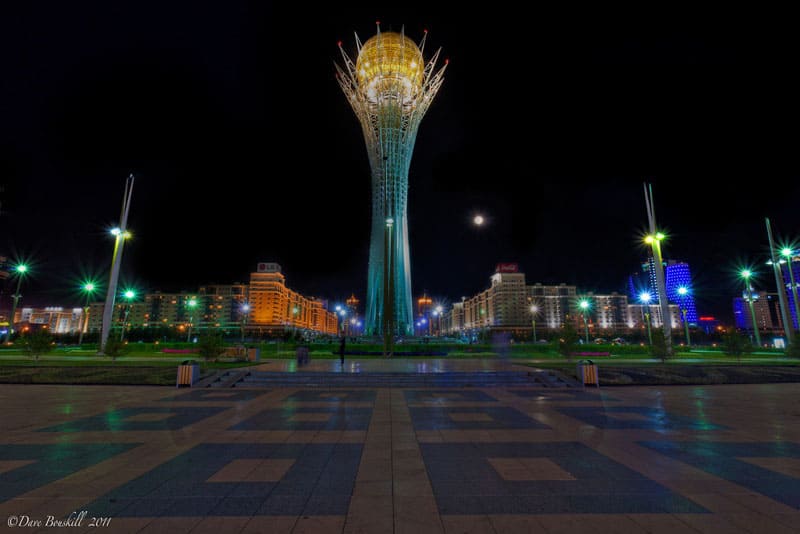 When most people think of Kazakhstan they probably picture Borat and big open spaces.

It is true, it is full of wide open spaces. When traveling through the country you will see farmland for as far as the eye can see. You'll see deserts and oil fields and a vast landscape with wide open skies. It's beautiful, like a desert. You'll feel as if you are the only person in the world.

While we camped our way through the country, we would sit alone at night in silence. Every so often a farmer or family would stop at our campsite to say hello or watch us work. They couldn't understand why we were sitting in the middle of a field. We loved the solitude of the countryside. 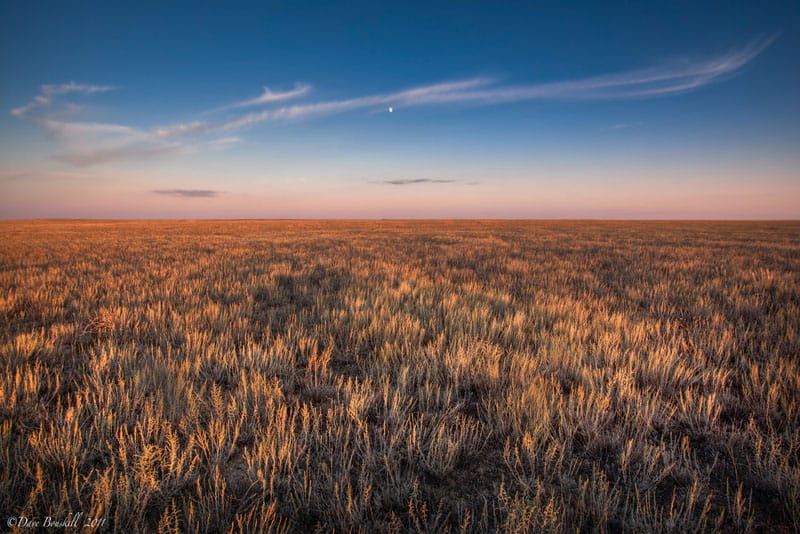 A typical scene of the countryside

We didn't expect the modern cities of Astana. These two photos couldn't be more contrasting examples of how the country is changing. Astana has recently become the nation's capital.

They are doing everything they can to make Astana an international city. It has the most interesting architecture with futuristic malls and strange formations. Astana is on its way to making a name for itself on the world stage.

Kazakhstan is made up of two main religions; Islam and Russian Orthodox Christianity. In many cities, you can find symbols of both. Below is the Russian Orthodox Church, which is located less than a kilometer from the Mosque in Aktobe 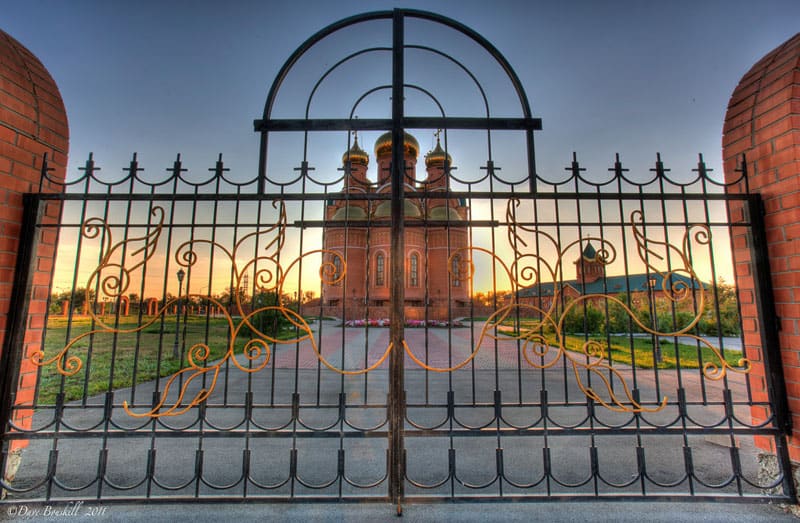 The Nur-Gasyr mosque marks the divide between the Old city and the new city. Both the Orthodox Church and the mosque were opened together as a show of religious solidarity by Kazakhstan's president and Russia's president in 2008. 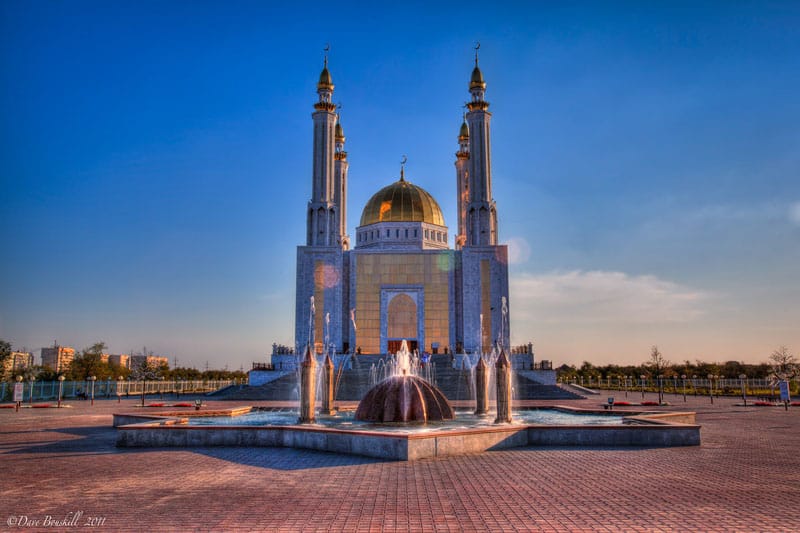 Monuments are common all over Central Asia. Homage is paid to leaders and Warriors alike. Below is the beautifully designed Nazarbaev Park. It was opened in honour of Kazakhstan's current president. 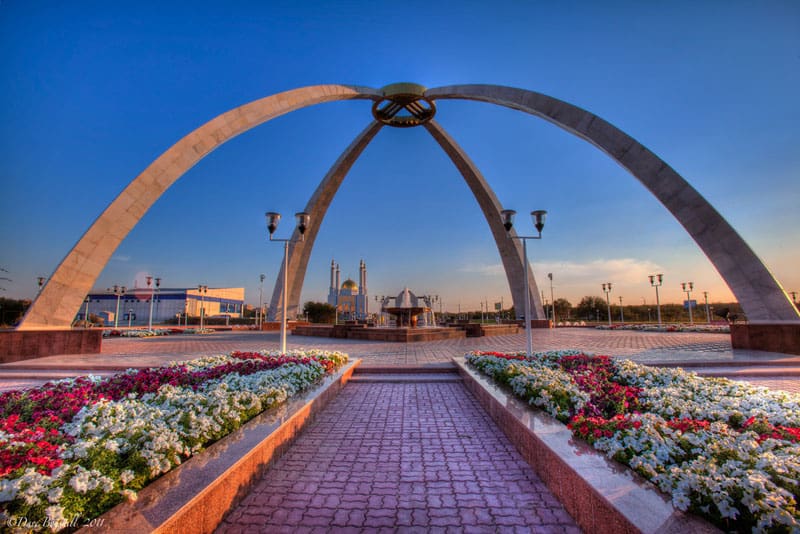 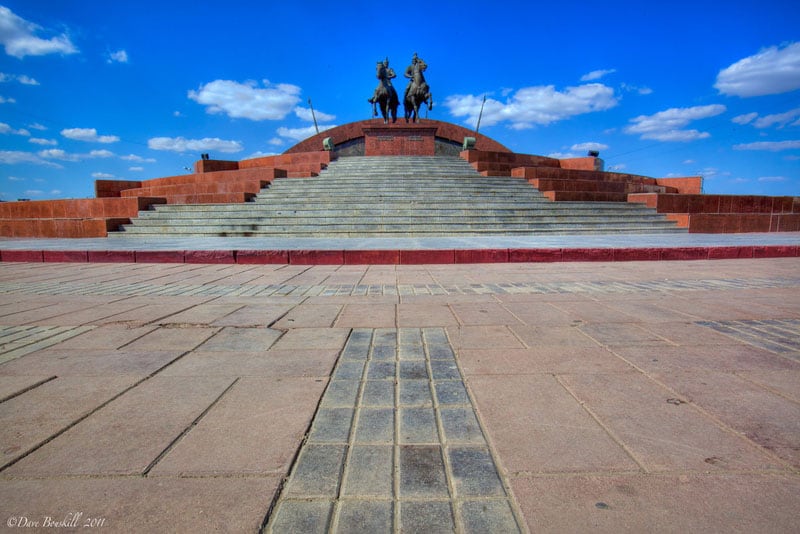 For more about Kazakhstan and our Mongol Rally Adventure check out our Adventures Page!

With each day that we drive east during the Mongol Rally, it seems as if we are stepping back in time decades at a time.

The countries and cities change quickly, from the modern metropolis of London and Western Europe to the horse-drawn vehicles and men herding their cows by horseback in Kazakhstan and Romania.

We are witnessing very different ways of life. 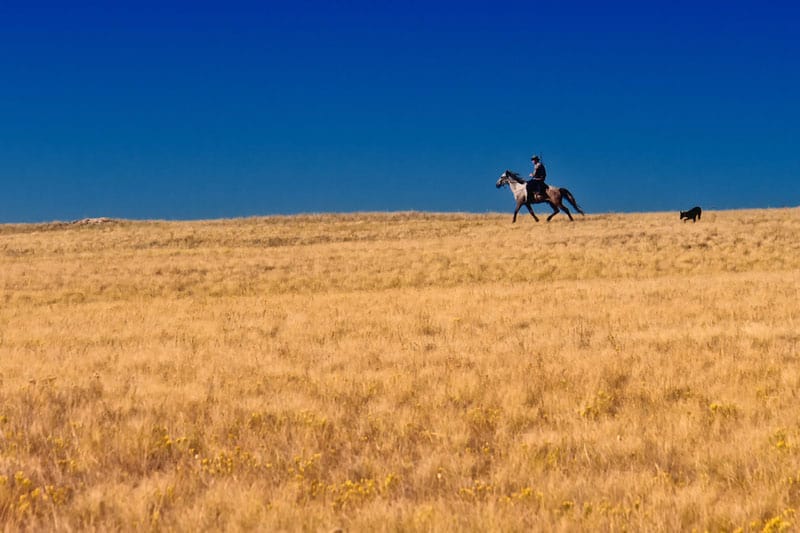 It is like stepping back in time in Kazakhstan.

Russia and Ukraine are on the cutting edge of development with shopping malls and highrises mingling with crumbling buildings from the Soviet era. Cities are divided into old and new towns and you can see how people are embracing the modern way of life while clinging to the past.

Kazakhstan has some of the most rural populations we have seen on earth, comparable to African communities, but then there are places like Astana that are brand new mega cities that rival Hong Kong and Shanghai. 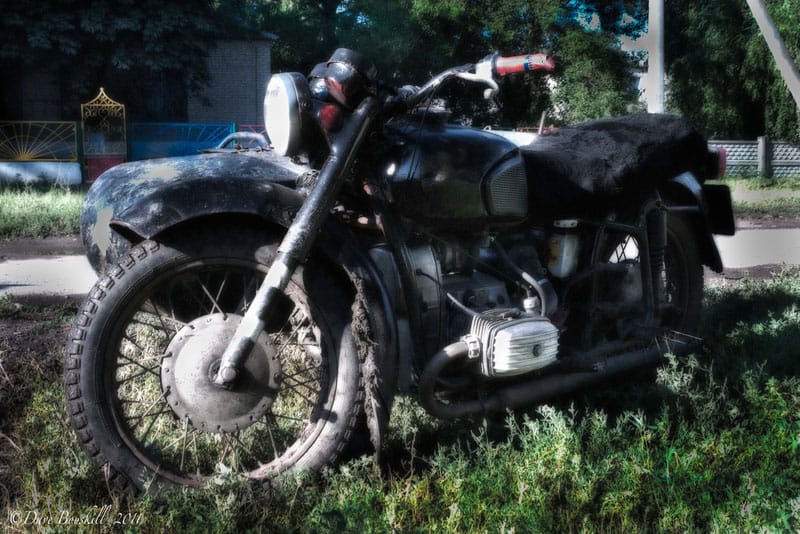 An old Russian motorcycle at the Ukraine border

I had one man say to me the other day that he has seen people like me on TV before, but this is the first time in real life. As we walked by, the look of amazement on his face was evident. He stopped us to say hello and those were the first words out of his mouth.

One woman told us that she spent the summer in New York last year and it was like a dream. She said “Even the villages have paved roads!”

That is something we have noticed in many of these emerging nations. The cities are beyond comparison to our own. They can develop them and design them with the newest technology and cutting edge designs but once you step out of the centre, the country is frozen in time. 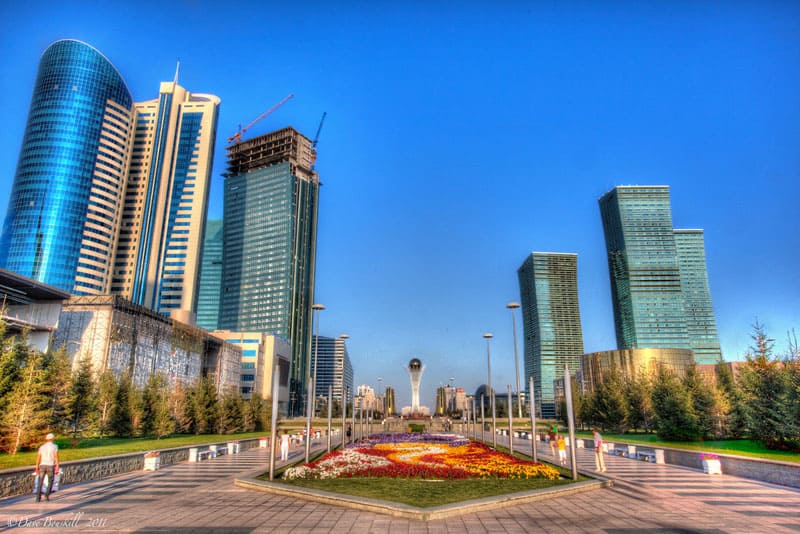 Astana is a modern city!

Dirt roads crumble from the rains and snow, paved roads are broken and cracked and people walk in the fields tending to their goats.  Community wells are still used to fetch water, people travel by horse cart and very few people ever make it outside of their village.

It won’t be long though until everyone catches up.

Our visit from a rural farmer who herded his cows on horseback showed the progression. He watched us with fixed curiosity while listening to music on his cell phone. Every so often his phone would ring, he’d pick it up say something and then go back to watching us. 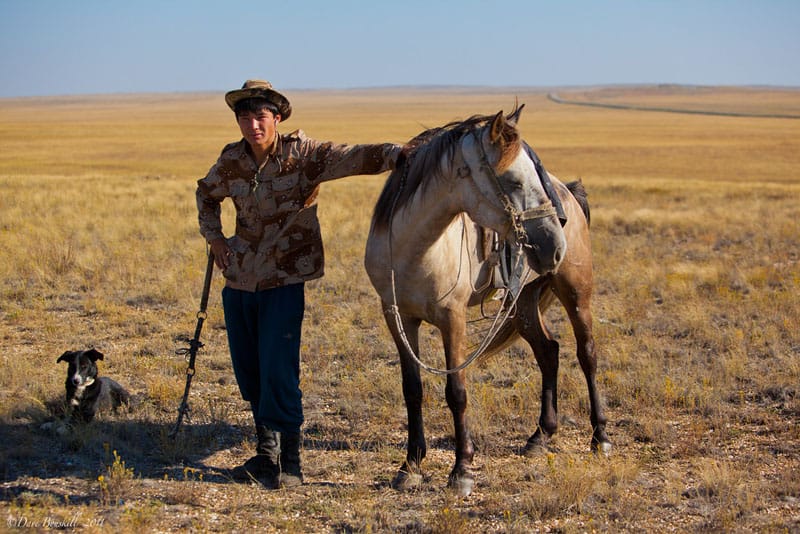 It was surreal indeed. We exchanged addresses, but all he had was the name of his town. Something tells me that in a couple years time, he’ll have an email address and we’ll be skyping with him in the near future.

One of the toughest things about the Mongol Rally has been losing an hour every couple of days.  We are driving east and we are moving fast.  With each move into a new time zone, we have to set our clocks ahead an hour.

Every day we think that we are doing great with time and then we look at the times on our cell phones which have a local sim card inserted and see that we have moved ahead an hour.

Suddenly we realize that we only have an hour left of sunlight when we originally though that we had another couple hours of driving.

It has made for an exhausting trip. 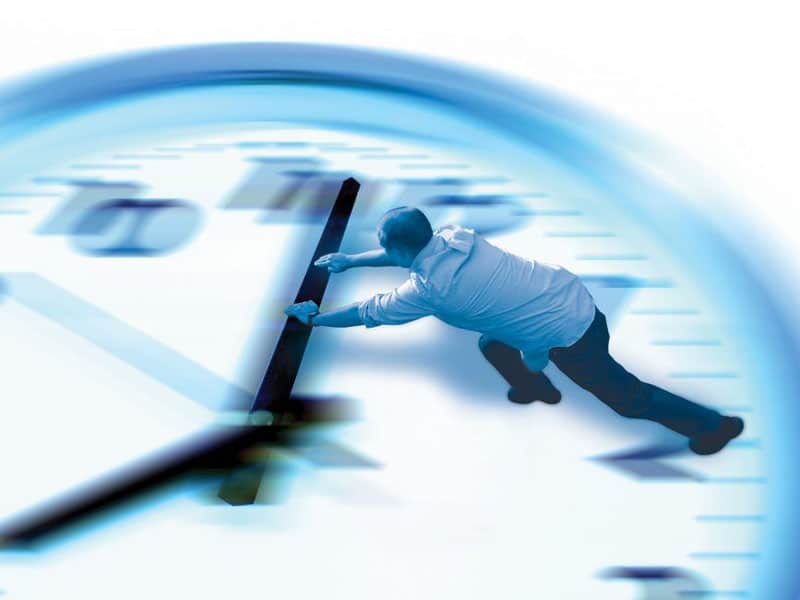 You lose hours when you travel.

We never seem to get ahead. We are exhausted in the mornings because we have lost hours of time over a steady stream of days since leaving London.  We find it more difficult than simply landing in a country, dealing with the jetlag and getting it over with.

Now we spend our time always trying to catch that extra hour in the morning and feeling wide awake at night, but knowing that we need to sleep because morning will come quickly.

It gives us very little time to take care of the little things like do our laundry, organize or packs or even chat and get to know one another.

We all quickly write in our blogs, work on our photos or go straight to bed because while we thought we were stopping at a decent hour of 7:00 ish, it is now pushing 8 and we have little time until we need to sleep.

I think that the Mongol Rally would be so much better going the opposite direction. Someone in England could use a car to be donated to them from Mongolia couldn’t they?

Astana, Kazakhstan: The City at Night

Outdoor Living on The Mongol Rally

The Ambassador of Aktobe