Imagine driving 75 miles along one of the world's longest beaches on the world's largest sand island. Fraser Island is one of the most unique places to visit in Australia and a trip you'll never forget.

Our self-drive Fraser Island tour took us from the south end of the island all the way to the north, and everywhere in between.

If you are visiting Australia, be sure to put this UNESCO World Heritage site on your list. Located off the coast of Queensland, driving around Fraser Island is an adventure of a lifetime.

We picked up our Four Wheel Drive vehicle in the beautiful coastal town of Noosa, Queensland from Richard of Noosa 2 Fraser 4WD Hire.

He went through all the scenarios that we could possibly encounter while driving on Fraser Island and gave us instructions on everything we needed to know to drive Fraser Island safely.

There is a lot of skill involved in driving along a sandy stretch of beach, but if you follow his instructions, you'll be fine.

As Richard said, his trucks don't get stuck unless you (the driver) are doing something stupid.

We saw many a truck stuck on countless beaches during our drive from Noosa through a day of driving on Rainbow Beach and finally on to the highlight of the road trip, Fraser Island.

Love Self Drive Adventures, Check out our Best Road Trips in the World

Our first day took us across a short two minute ferry ride across the river to the North Noosa Shore, where our sandy road trip began.

After letting air out of our tires to a respectable 17 PSI, (between 16-18 PSI is recommended for sand driving) we started our 23km drive up the coast.

What a thrill we felt as we flew over sandy dunes watching the massive waves of Australia's East Coast crash against the shore.

You have to be very diligent when driving along the beach, it is advisable to drive at low tide and to avoid driving within two hours either side of high tide.

Richard gave us a tide schedule to bring with us that we followed diligently.

When high tide comes in, you don't want to be stuck somewhere out on the coast.

We found we had plenty of time to drive anywhere we pleased while avoiding high tide.

The tour of Rainbow Beach was a great introduction to our Fraser Island Tour.

After a few hours of driving and exploring the beautiful bays and tracks, we checked into our luxury penthouse suite located in Rainbow Beach overlooking the ocean and relaxed for the night as we watched the sun go down.

The Plantation Resort is the perfect place to relax and enjoy some luxury before our rugged two days ahead on Fraser Island.

We caught up on emails with the free Wi-Fi, did our laundry in the free laundry included in our room, and sipped wine on our balcony as we listened to the waves come in.

It was pure heaven.

The next morning we were up early to get a head start on catching the Ferry to Fraser Island.

The Ferry costs $120 AUD for a return trip, but we were driving out the other end of the island so we only needed to buy a one way ticket. Unfortunately we didn't realize that and paid for a return anyway.

The ferry accepts cash or credit and is only about a 10 minute ride across to Fraser Island. So, lesson learned, if you are driving in from one end and out the other, let them know.

The same company does not run all ferries and you will be stuck paying again. We thought our return ferry receipt would get us back but that was not the case.

Once you get off the boat, it's time to let your hair down and enjoy the ride. Now is the time to drive the 75 mile beach and with a maximum speed of 40 km per hour, you've got a lot of sand ahead of you.

The first stretch from catching the ferry at Inskip to our resort part way up the island was pretty uneventful as far as sights to see.

And that suited us just fine. We were loving the freedom of driving along the coast and taking in the spectacular scenery.

We weren't in the mood to stop and start looking at attractions and simply put down our windows and let the fresh sea air sweep through the truck.

We took turns driving getting used to the different stretches of sand.

For another driving island tour, visit our trip around the Ring Road of Iceland

Sometimes we crossed shallow rivers where water trickled from inland to the sea, others we drove over mounds of dunes left over from the last tide that went out.

Some sand was soft, others were hard.

We were careful to avoid the water and any wet looking sand that was located too close to the ocean for fear of getting stuck.

After a couple of hours we reached our resort, the Eurong Beach Resort and asked them what we should check out first.

We still had a good time before high tide and they told us that we could easily head out to explore the Maheno Shipwreck located farther up the beach.

We hopped in our truck, turned on our tunes and made our way north for some more sightseeing.

The daytrippers had mostly gone in for the day and left us alone with just a few other self drive tourists.

The Maheno Wreck on Fraser Island

The Maheno was a passenger ship that was put into service in 1905 sailing routes between Tasmania, Australia and New Zealand.

During WWI it was converted to a hospital ship and was in service at Gallipoli, a battle that cost many Australian lives.

In 1935 it was sold for scrap metal and was being towed to Japan when a cyclone hit and it broke away from the other ship drifting until it landed on Fraser Island.

The ship and crew were found and all nine men aboard survived, but attempts to re-float the Maheno failed and it has made the sandy beach of Fraser Island it's home for the past 80+ years.

All that is left today is the rusted metal hull but it is an interesting landmark on the beach.

Enjoying this Fraser Island tour? You should also check out Kangaroo Island, Another Incredible Island of Australia

We spent the rest of the day heading inland as the tide grew higher. The fantastic thing about Fraser Island is that there is plenty to explore in the sand jungle as well.

Inland there are several sights most notably the emerald waters of Lake McKenzie.

The drive to Lake McKenzie takes you through the only place in the world where tall rainforests are found growing on sand dunes.

The island is completely made of sand, and yet there are more than 100 freshwater lakes and dense jungle just in from the beach.

Where have all the Dingoes Gone?

Sadly there were very few dingoes on the island. Where once the Fraser Island dingoes were abundant, they are now dwindling in population. We only saw two during our time there.

One disappeared as quickly as we saw it into the bush and another poor dog was wandering the beach so skinny and malnourished looking for food. It would approach trucks in search of a meal.

You are not allowed to feed the dingoes on Fraser Island and I wouldn't dare interfere with Mother Nature, but I can't help but think it's the thousands of tourists that visit the island each day that is causing the decrease in population.

The dingoes on Fraser Island are considered the last pure dingoes in Australia and I think that one day soon they will completely disappear.

Lake Wabby is another Fraser Island Lake worth visiting with a the giant Hammerstone Sandblow plunging into the deepest lake on the island.

It's perfect for a hike in to do some sandboarding into the freshwater lake.

Driving through the sand rainforest was the most fun as tracks were challenging and filled with adventure.

There are steep climbs and deep plunges. T

here are sand traps where if you hesitate just a little, you'll find yourself stuck in the middle of the forest and there are winding trails through beautiful forests.

We stayed the first night on Eurong Beach Resort of the sea side of the island and found this to be an excellent central location to all the major sites.

We set off first thing in the morning to the Champagne Pools where waves crash over volcanic rocks creating pools of foam perfect for bathers to relax in the natural whirlpools.

It's important to pay attention to tides as the water can become so strong it can wash people out to sea.

When we arrived the tour buses beat us to the pools and they were filled with people.

We chose to watch the spectacle from above before moving on.

Another unique Australian Island is Kangaroo Island. A Must visit on all Aussie Itineraries

Our final night was spent at the Kingfisher Bay Resort which is closer to the mainland as you can catch the Ferry here, but it's pretty far away from anything on the island. I think even though Eurong offers more basic accommodation, it is the better choice.

We found Kingfisher to be a long drive from anywhere. When looking at the maps of Fraser island, things seem closer than they really are.

Driving is bumpy and difficult and to travel a few kilometers takes time. Give yourself the time you need to truly appreciate this jewel of Australia. 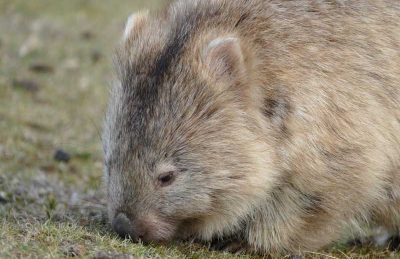 Amazing Things to Do on a Tasmania Road Trip

For information on your own Self Drive Fraser Island Tour visit Noosa 2 Fraser 4WD Hire Richard will give you everything you need to keep you safe and have a great adventure!

Currently Air New Zealand is offering great deals to 7 different hubs in Australia. Check out their website for more details.

For more information on travel to Australia, visit the Tourism Australia Website. Our trip to Brisbane was sponsored by these two companies, but all content and opinions remain our own.

Things to do in Brisbane

What to do in Melbourne – Australia's Coolest City