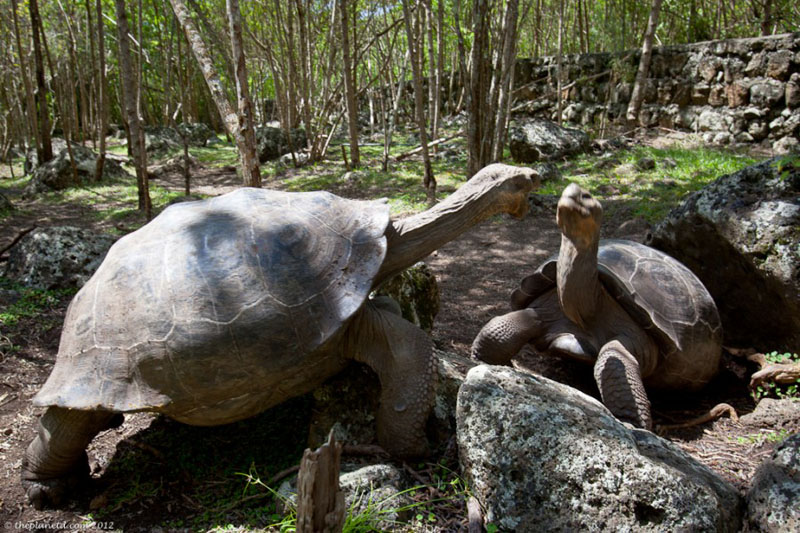 Seeing the Galapagos tortoise is one of the highlights of visiting the islands off the coast of Ecuador.

The Galapagos Islands were even named after their massive shells. Sailors talked of these islands filled with giant turtles whose shells resembled a saddle – “galapago” in Spanish. They gave the tortoises their name and eventually the islands became known as the Galapagos. 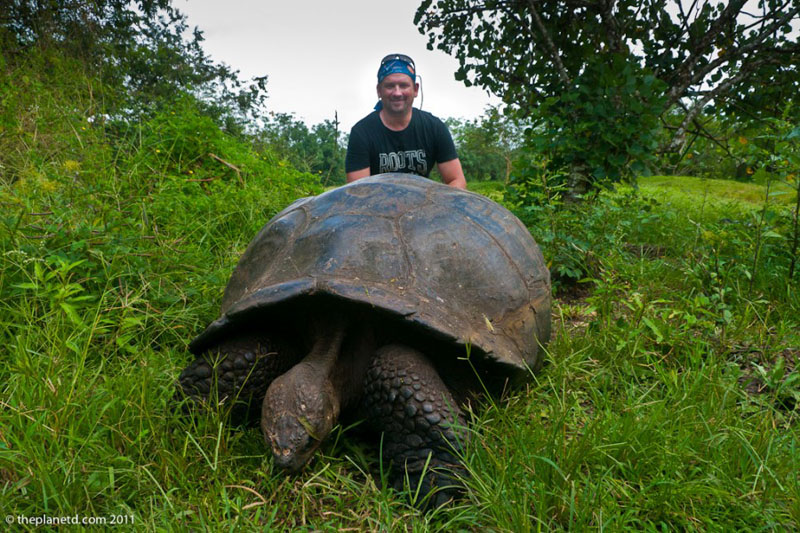 These gentle giants have a lifespan of 150 years. When fully grown they can weigh up to 500 pounds and reach lengths of 6 feet. It's hard to believe that they start off so small and vulnerable. 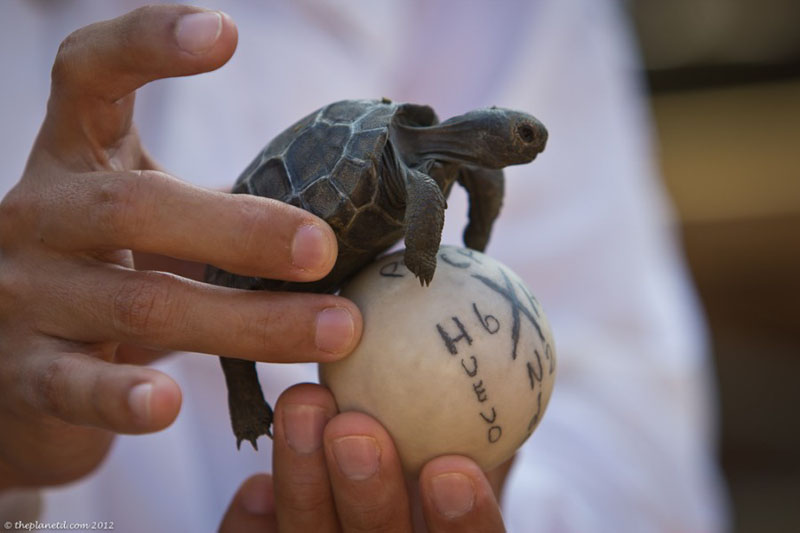 This little guy isn't much larger than a golf ball and you can imagine how he would struggle in the wild. The Galapagos tortoise faces many challenges once they hatch.

Hatcheries and sanctuaries scatter the islands where tortoises are given a fighting chance. At one time, the tortoise only had one natural predator, the Galapagos Hawk, but with the coming of man, many new non-native predators were introduced to their environment.

These animals, who were brought in by colonists make life impossible for the new hatchlings.  Goats and pigs trample their nests, rats eat the eggs and ants swarm the newborn tortoise as it climbs its way up through the earth.

The Galapagos Tortoise is Vulnerable

Man certainly made life difficult for the tortoise in the past. 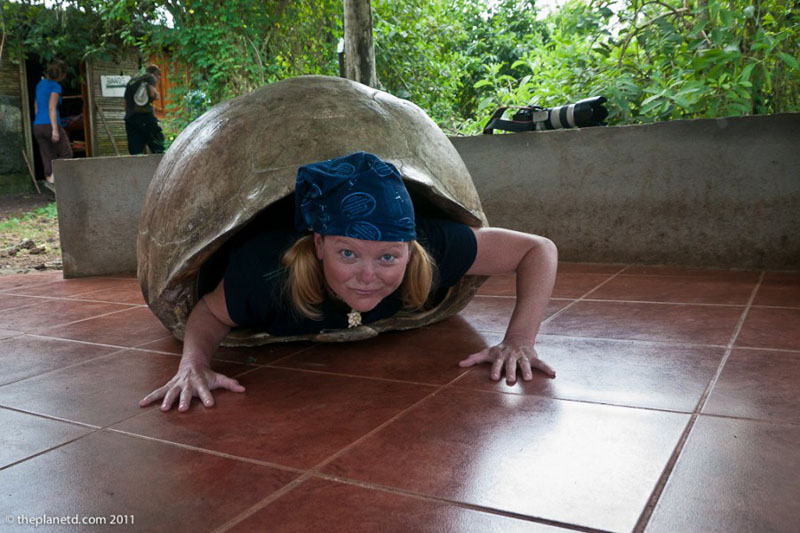 Hunted for their meat and oil from the 16th to the early 20th century, the Galapagos Tortoise nearly didn't survive.

With numbers reaching a quarter of a million before the arrival of man, the Galapagos Tortoise declined to a mere 3,000 in the 1970's.

These slow movers were easy prey for pirates, whalers and colonists who captured them for food and money. Since they can survive for months at a time without food or water, sailors took thousands of tortoises aboard their ships as fresh meat. These animals never knew to be afraid of humans and were easy pickings for the hungry pirates.

Some tortoise species didn't survive and today great efforts are being taken to make sure that the Galapagos Tortoise thrives in the 21st century. 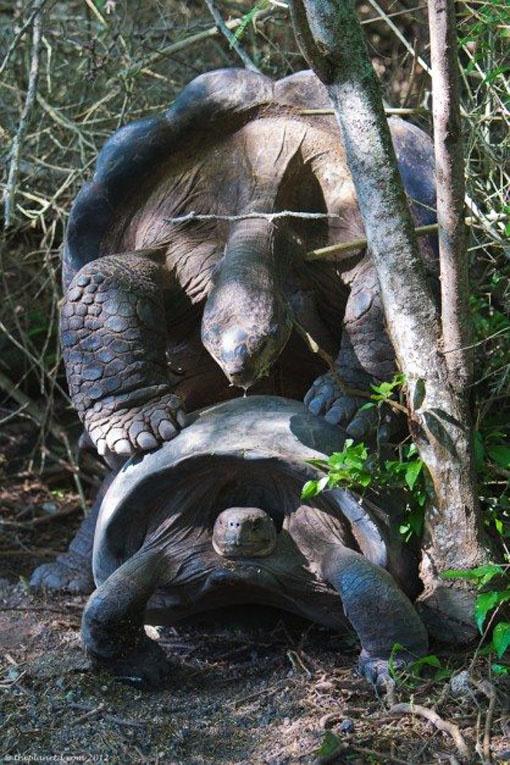 Sanctuaries provide a safe haven for tortoises to live out their long lives and hatcheries are bringing their numbers back.

They raise young tortoises in captivity for up to 5 years. Once they have grown to a size that has a better chance for survival in the wild they are set free to roam the islands.

The Galapagos Tortoise is still considered a vulnerable species, however, it's numbers are climbing and today.

It is estimated that 20,000 Turtles are living on the islands. 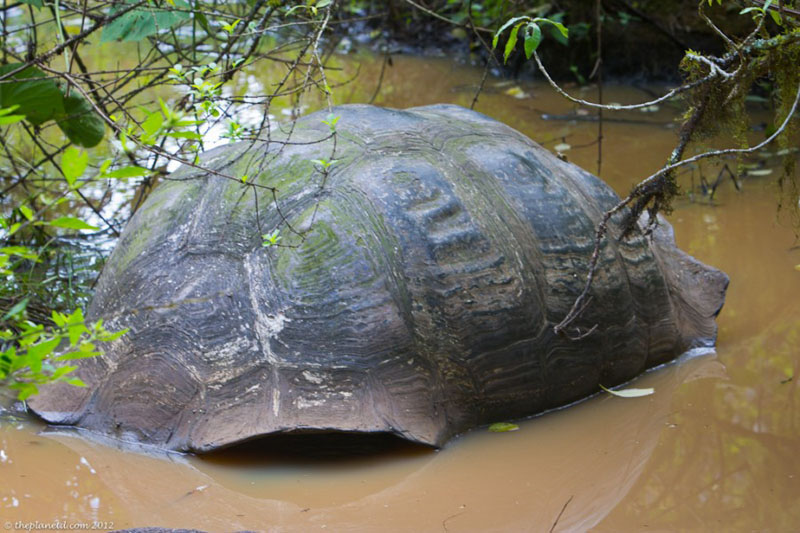 We had several encounters with the Galapagos Tortoise and with all the hard work that conservationists are doing and with the popularity of eco-tourism in the 21st century, the future is looking bright for them. 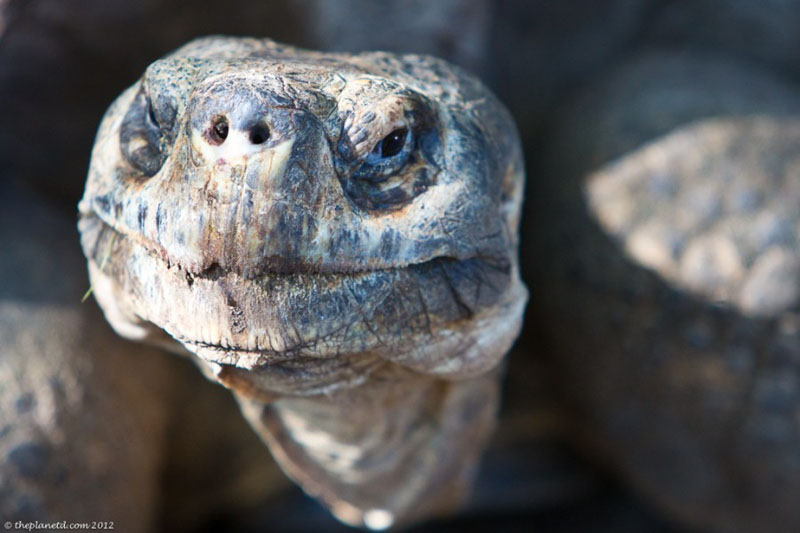 They are a fascinating species. One wonders what goes on in their minds. Living a long life while moving in slow motion, they seem to be more at peace with the earth than any other animal on the planet.

If one could describe something as being Zen, the Galapagos Tortoise is definitely the first thing that comes to my mind.

Wanna Know What It’s like on an Active Galapagos Tour?

27 photos that will transport you to the Galápagos Islands