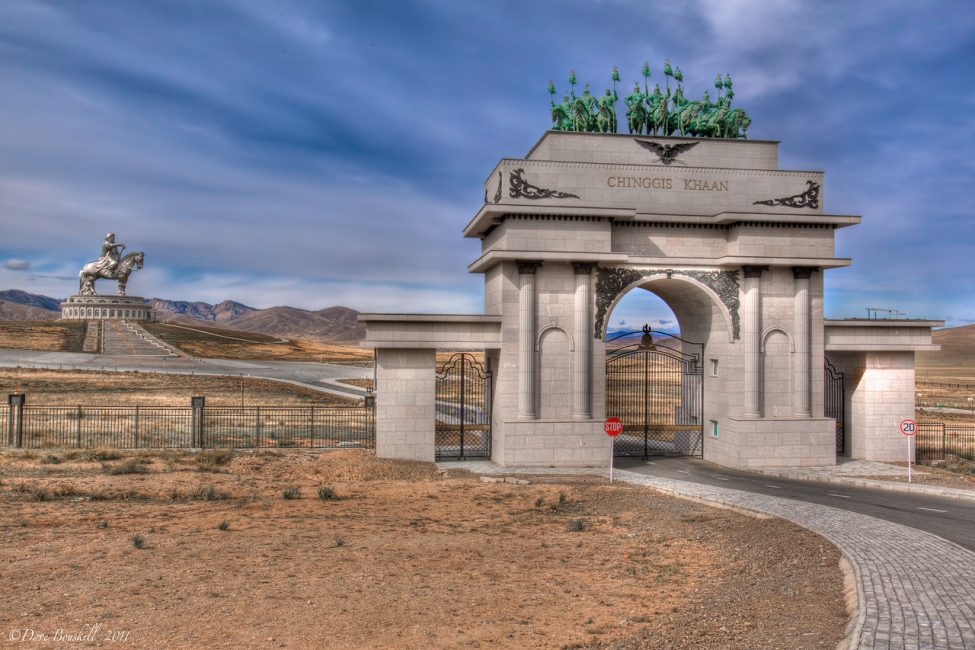 The Statue of Genghis Khan

The reminders of the once great leader Genghis Khan (or Chinggis Khaan as he is referred to in Mongolia) are everywhere. From the center of Ulaan Baatar to the remains of his great wall to the east. But none are as impressive as this equestrian statue that lies 54km outside of the capital city.

It is a beautiful setting.

Located on the banks of the Tuul River, legend has it that this mammoth monument is built on the exact spot where Genghis Khan found the golden whip that inspired his future conquests. Now I may not be able to corroberate that story but I can attest to the imposing 40m high stainless steel statue that smacks you in the face when you round the corner in this relatively flat land.

It was closed the day we were there so we could only look at it through the gates. At its base are 36 columns, 10 Meters high which represent a memorial of 36 kings' from Genghis Khan to Ligdan Khan. Also, apparently you can walk up inside the head for an amazing view of the surrounding countryside.

I did get some great shots of the statue itself, but thought this photos, which shows you the gate as well, gave me a sense of scale and a better idea of the massive area that this monument covers.

Genghis Khan was one of the greatest warriors in history and now he can be just as imposing in death.