24 Reasons to Travel to Tibet in Photos 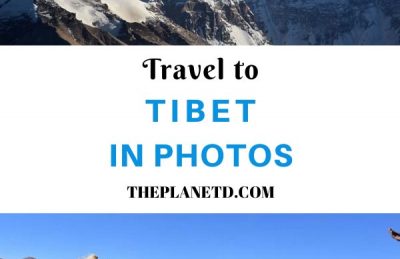 It has been my lifelong ambition to travel to Tibet. Known as the roof of the world thanks to housing several of the tallest mountains on earth, I set on a journey to visit Mount Everest Base Camp.

Chinese New Year, or Spring Festival as it is known locally, has always been a great opportunity to travel.

In previous years I’ve taken a boat to Japan, watched the Chinese New Year procession in Hong Kong, and even experienced a traditional family gathering.

However, Spring Festival 2020 would be the most memorable one yet as I finally got to realise a lifelong dream to visit Tibet and Everest Base Camp.

China has a fantastic rail network which makes overland travel through the country a joy.

It was easy to travel from my home in Luoyang to Xining in Qinghai Province, from where the world-renowned Qinghai Express departs.

The Qinghai Express is a special train that crosses the Himalayas and ascends to a giddying height of 5,100 metres (16,700 feet).

The train is specially designed for the thin air at high altitude and each Xining to Lhasa train has its own supply of oxygen pumped into the carriages.

I settled into my cabin for the 22-hour journey across the Tibetan Plateau. It was late evening when I boarded so there wasn’t much to see until the next day so I relaxed and slept through the night.

When I awoke an expanse of vast whiteness unfolded before my eyes. It looked like we were on another planet as the train slowly trundled 5km above sea level.

In the distance, mountains rose from the plains with wisps of cloud stuck to the glistening peaks.

I could feel my head start to throb as the effects of the altitude set in.

Putting my shoes on and taking a wander along the carriage left me feeling breathless, but it did nothing to dampen the euphoria that comes with the start of a big adventure.

It was 3pm when we stopped at the world’s highest railway station at Tanggula.

I left the carriage of the Tibet train to take some photos but the wind and cold were too much to stay out there for long.

By this point my head ached, my heart raced, and it was difficult to catch my breath.

I popped a couple of aspirin which helped alleviate the symptoms of altitude sickness somewhat.

As the train slowly descended towards Lhasa I could see eagles soaring above.

The sky seemed a darker and a more brilliant shade of blue than I had ever seen before.

Yaks grazed by the side of frozen lakes and small settlements dotted the horizon.

When I arrived in Lhasa, I was taken from the train to register with the local police.

I had my passport photocopied and my Tibet travel permit checked.

I was met at the entrance to the station by one of the Tibet tour operators (it’s not possible to travel in Tibet independently) and taken to my hotel.

Drepung and Sera Monasteries of Tibet

It was an early rise on my first day in Tibet. I met my tour guide Tenzing, who outlined the plans for the coming eight days.

I smiled to myself thinking that the man leading me from Lhasa to Everest Base Camp had such an auspicious name!

The first stop was Drepung Monastery; a collection of whitewashed buildings and temples clinging to the side of a mountain on the outskirts of Lhasa.

A bright painting of the Buddha adorned a rock high above the temples and looked resplendent under the dark blue sky.

I climbed a series of steps that took me painstakingly higher for incredible views over a misty, early-morning Lhasa.

We lunched on yak meat, rice, and vegetables in the temple cafeteria and washed it down with plenty of sweet yak’s milk and butter tea.

After lunch we made our way to Sera monastery which is one of the three most important holy sites in Tibet.

Here, novice monks gathered in a courtyard to debate and hone their understanding of Buddhist scripture.

It was certainly quite a lively sight to witness!

One of the most iconic places in all of Tibet is the Potala Palace.

This massive white, red and yellow structure dominates the city of Lhasa and has to be seen to be believed.

There are 432 steps up to the top of the palace and I slowly made my way up, stopping often to catch my breath.

The central area of the palace was built in the 7th century AD with the yellow facade representing the original temple.

The larger whitewashed buildings were added in the 17th century.

The views of the mountain ranges of the Tibet vista from the top were magnificent.

A low layer of mist clung to the rooftops of Lhasa as it had the previous morning creating a magical scene.

I now entered the belly of the palace and wound my way through a series of temples imagining the history that took place along these corridors.

While statues of the Buddha peered out from behind large bowls of fruit and banknotes donated for luck.

In the afternoon we made our way to Jokhang Temple in the centre of the city.

Jokhang, also known as Qoikang Monastery is the most important Buddhist site in all of Tibet.

The historic temple dates back almost 1,300 years and has a mixture of styles from Tibetan, Nepalese and Han Chinese.

The journey continued as we left Lhasa and made our way to Shigatse; the halfway point to Everest.

We set off early and started climbing higher into the Himalayas.

The first stop was Yamdrok Lake; one of three holy lakes in Tibet.

The turquoise waters stretched from horizon to horizon and in the distance, the snowy peak of Mount Nojin Kangstang pierced the heavens.

After a windy walk down and along the lakeshore, we were on our way again.

We winded our way through the mountains and along fast-flowing rivers that cut through the rock.

I was excited as we neared the Karola Glacier. This was a first for me and something I’d been interested in seeing for a long time.

The ice flow of the glacier river had compacted into mountainous peaks that resembled soundwaves frozen in time.

It was truly an awe-inspiring sight to see.

The penultimate stop of the day was the Pelkor Monastery in Gyantse.

Prayer wheels glistened in the late afternoon sun as monks sat on the steps of the temple and floated through the courtyards in their maroon robes.

We arrived at our hotel in Shigatse tired but elated.

Just as I thought the landscape couldn’t get any more impressive, a new highlight presented itself. Sleep.

It was a lot to take in and process, but the comfortable bed and warm room had me asleep as soon as my head hit the pillow.

It was a day that I had waited most of my life for.

It was time to cast my eyes on the highest peak on earth the Mighty Chomolungma, “Mother Goddess of the World.” Mount Everest.

We made our way across the plateau then up along a series of hairpin turns that made my stomach churn.

After about 30 minutes we crested the top of the pass at 5,000 metres.

Four of the highest peaks in the world; Everest, Lhotse, Cho Oyu and Makalu stood before our eyes.

Prayer flags fluttered in the strong wind and on the horizon, Everest dominated the skyline.

We continued on the journey across high mountain passes as we neared Rongbuk and Everest Base Camp.

Everest Base Camp in Tibet

Our “hotel” (it was more of a barn) sat at the foot of Everest.

The sun cast a bright red and orange glow across the mountain making for an incredible view I walked the 500 metres or so to Base Camp and sat for an hour staring in awe.

My head was pounding again and it was a little uncomfortable, but I could have sat there for eternity.

As the sun set, stars started to appear in the deep blue sky and lit up the night.

The night was very, very cold. My water had frozen solid INSIDE the room. but it was worth it.

We went back down to base camp for a final goodbye to Everest before making our way back on the long journey to Lhasa and then home.

My journey to Everest and the roof of the world is something I’ll never forget.

If you would like to travel on the world’s highest railway, you can check this guide which includes all the information you need.

If you enjoyed this journey to Tibet in photos, save it to Pinterest for future travel inspiration. 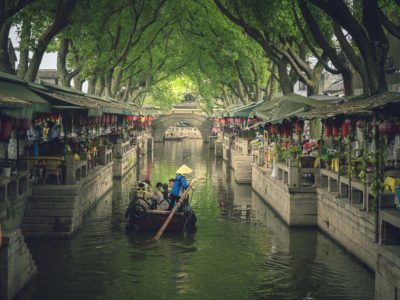 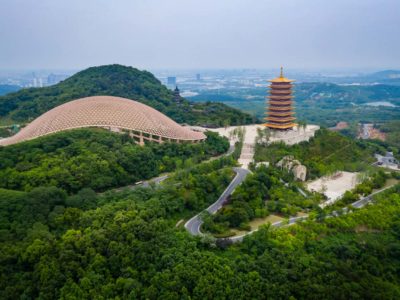 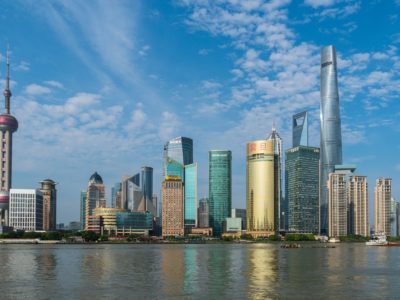 Stephen Rohan has lived in China as an English teacher for five years. He has travelled both Europe and Asia widely by train and avoids flying at all costs (even when going back to England for visits)! Follow Stephan at TheTripGoesOn / Facebook / Instagram / YouTube / Twitter

3 thoughts on “24 Reasons to Travel to Tibet in Photos”

Home » Asia » China » 24 Reasons to Travel to Tibet in Photos