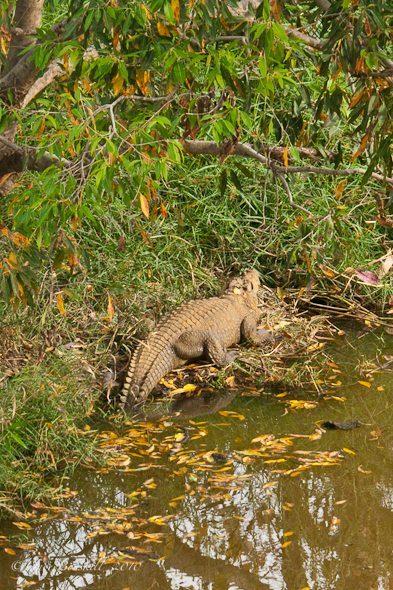 How many tigers are left in Ranthambore? We ask our guide.  “40 Tigers, but we sent 3 to another park because poachers killed all of them there.” He answers.

We are on safari at Ranthambore National Park in India. It is the premier place for sighting tigers in India. Apparently, this is your best shot to view them in their natural habitat. But something is wrong.  The tigers numbers are dwindling at an alarming rate here in India and something has to be done to stop their disappearance before it is too late. 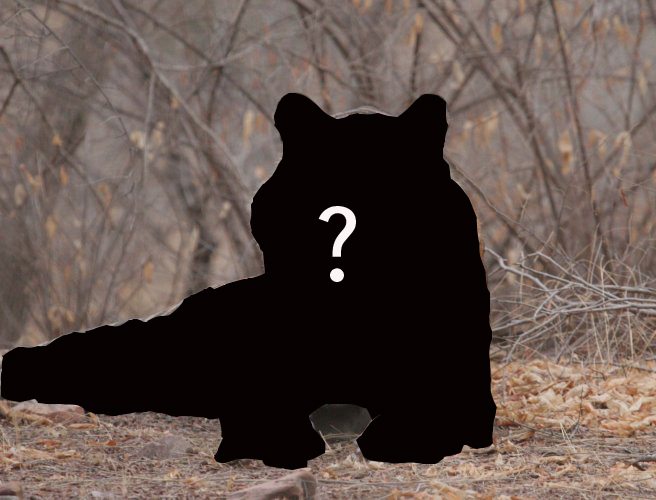 Are there any Tigers in Ranthambore?

We then hear from a German Couple that their guide book claims that only 15 tigers are left in the park.  Another person tells us 28 is the total tally now.  We aren't sure which number is the truth, but instead of rising, I am afraid that the tiger population in India is dwindling.

Later we pick up a paper in Delhi and read that two tiger cubs were found dead in Ranthambore.  Some sick person baited them with poisoned goats.  We think about our guides words.  “Today we are in a section that has a mother with two cubs, we have a good chance of spotting a tiger.”  No wonder we didn't see them. 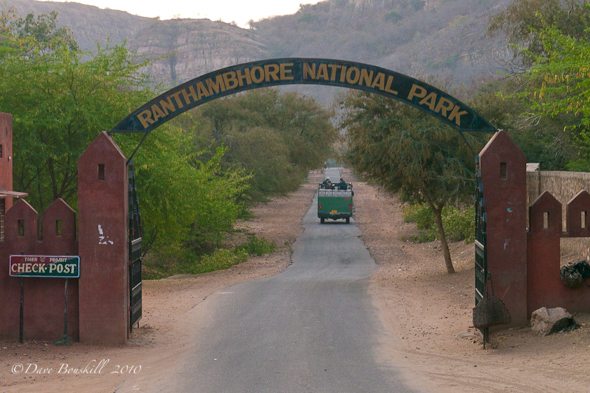 Entrance gate to the Park

We decide to leave.

Rathambore was a disappointment as national parks go.  The guide books state that you are almost guaranteed to spot a tiger and even if you don't, it is still worth a visit.

In the two sections that we visited in Rathambore, it seemed to be a park dying a slow and painful death.  We saw very little wildlife and spent our time driving around looking at a desolate landscape.  The deer were so few and far between that we wondered if there were enough to even sustain the diet of 40 tigers. Let alone the few Leopards that apparently inhabit this land. 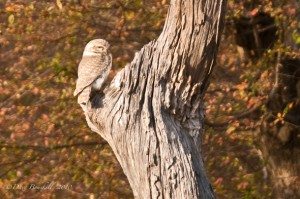 A Spotted Owl perched on a dead tree. 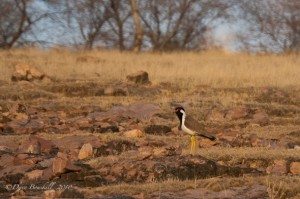 Not sure the name of this one!

Ranthambore claims to have over 250 species of birds, but we rarely saw a bird flying.  We did manage to spot and owl and a green bird of some sorts, but not much else.

For a national park that is supposed to be protected, we wondered where all the animals have gone?

Only 1411 Tigers Remain in India

Our guide pointed out where villagers have been cutting long grass to feed their domesticated animals and we noticed litter and trash on the road.  Crowds of locals walked freely in the park and we wondered what reason they had to be in there? 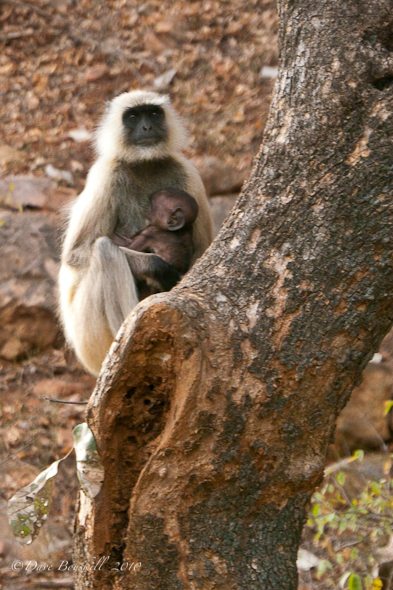 A monkey and her Baby

We had high hopes for our second day in Ranthambore.  We hoped that is we went to another section we might see some more wildlife.   It didn't happen.   We spotted the odd monkey and peacock and when we made our way for a short break by a watering hole we managed to spot a crocodile in the distance.

A crocodile lazes by a watering hole

But all in all, Ranthambore was a disappointment.

We read the paper often in India and every time we pick it up there seems to be more stories about deaths of big cats, poaching and poisonings at the various national parks throughout the country.

Billboards campaign that we must preserve the tiger as only 1411 remain alive in India.  The number has for certain dropped to 1409 in just the past 2 days.

Something has to be done and I am afraid that we don't have the answers and we have little hope.

Our guide tells u that 2010 is the year of the tiger in China.   He shakes his head and worried for the tiger. I hadn't thought of this before. You would think that would mean the preservation of tigers, but it doesn't. In China that means a demand for tiger parts. Bones, tooth, nails. these are hot items for the superstitious.

Will 2010 be mark the beginning of the end for the tiger?

For more information on statistics and the plight of the tiger visit these websites.

Chinese Superstition the biggest threat to the Tiger

WebsiteFacebook
You are Here: Home » Asia » India » Ranthambore, Where Have all the Tigers Gone?