Inspiration – How Japan changed the way we travel

“If we can make it in Japan, we can make it everywhere!” That was our mantra back in 1996 when we headed to the land of the Rising Sun. Everybody told us Japan was such a strange country.

Indeed, Japan was not a very popular travel destination back in 1996, mainly because it was seen as too different and not many people were able to speak English.

There were also rumors that the cost of living was unbelievably high. Rumors indeed, because we soon discovered that you could still travel Japan and even Tokyo on a Budget.

We went and discovered Japan as being a fascinating country. We dare to say that Japan changed the way we look at our lives. The cultural differences have an impact, especially when you spend a longer period of time like we did. Our stay in Japan also changed the way we value the act of traveling.

The intriguing culture behind the façade

Geisha’s hide their face behind a mask of white make-up (shiro-nuri). Famous Japanese writer Haruki Murakami describes parallel worlds where cats can talk and a second moon shines its light upon the world.

Japanese people by habit don’t show their emotions and it’s not common practice to talk about personal life when you meet for the first time. Japanese TV game shows go to the extreme and readers of manga (violent comics that are very popular in Japan) immerse in another extreme world that allows them to hide from reality. There’s more to Japan than meets the eye. It’s a fascinating culture, overlooked by many, neglected by some.

For most Westerners, Japan is all about strange people and strange habits, hi-tech, the concrete sky-scraper city of Tokyo and an ever-present threat of earthquakes and tsunamis.

Connecting With the Japanese

I did speak some words of Japanese after my 3-month stay in the country back in 1996. While we back-packed from north to south we got some glimpses of the world behind the façade. We were staying in smaller fisher towns where hardly any foreigners ever sat foot. To these people, we were their link to the outside world and we were willing to answer all their questions (and so we did!).

Kyoto is a must-visit place in Japan that gives great insights into ancient Japan. Go to the geisha district of Gion, where you can stroll through narrow alleys with historical buildings.

This is the Japan of centuries ago!

When you’re lucky you can bump into a geisha, quickly walking from one appointment to another. Visit the wide variety of temples and shrines in Kyoto. Sit down and just look at the so-called Zen gardens. Representing the ocean with islands, these gardens offer relaxation and tranquility in the midst of a hectic outside world. The gardens are mostly not understood by foreigners, but see them as some kind of meditation. When you watch them, you will soon discover the true meaning behind the rocks and gravel.

The Tradition of Respect in Japan

Always when you enter a store in Japan, people greet you. It is an obliged way of politeness, but still, I was impressed. In Japanese society, younger people, in general, show respect to the elderly, even in the way they talk!

The Japanese language has special words and phrases that young people use when they talk to someone they respect (a teacher or an elderly person). We were indeed impressed by that level of respect and we compared it to our own lives. When we enter a shop in our country we might need to actively draw the attention of shop personnel. It’s the other way around! In Japan, respect is embedded in the culture, originating from the tenet of Confucianism.

Next to the respect we loved the Japanese punctuality! Trains drive for hundreds of miles, arriving on exactly the time planned (you can count the seconds).

Japanese people are driven by punctuality because it shows respect to others. For a train driver punctuality is priority no 1 because that’s the way he can show respect to his passengers.

For us, Japan is a different society, a different way of living together. Traveling in such a country makes you aware of differences in how people live together, how customers are approached and how to respect one another. It’s a lesson learned that you take home with you.

The importance of speed versus slow travel

You probably know those high-speed bullet trains in Japan called the Shinkansen. But you probably did not know that these trains were already running in 1964! It’s all part of the technological leadership position that made Japan famous in the 70s and 80s.

Through the extensive Shinkansen network, we could travel to the other side of the country in only a couple of hours. Traveling high-speed saves a lot of time, but at the same time, we skipped thousands of kilometers of people, towns and actual discoveries.

We were heading for an important sight-seeing spot so we choose to travel like that. But never will we know what we have missed would we have traveled more slowly. In another part of the country, however, we changed things around.

We picked an area that was not in any of the travel guide books (according to these factual guide books nothing interesting was to be found there). But we went anyway. And we had a fab time!

We went to Wakajima prefecture and stayed at a small hotel. The owner of the hotel was so proud of her foreign guests that she took us to the market and showed us to all her friends!

We traveled by local train services to smaller sight-seeing spots and the rocky coastal area. We were the only ones around. How different a travel experience can be if you decide to travel slow into an area that is not highlighted in travel guides.

So that is our Japan story. Japan is a fascinating country where you can switch between extremes. It showed us that traveling is far more than going from one famous sight-seeing spot to another.There is nothing wrong with that, but we learned that you have to actively search for the real world (culture) behind the touristic places.

There is far more to discover if you actively go out and observe it.

Emiel van den Boomen writes about travel at www.actoftraveling.com. He approaches travel in a poetic and sentimental way avoiding the, according to him, boring itineraries full of must-see highlights. You can follow him on Twitter @vandenboomen and Facebook ActofTraveling. 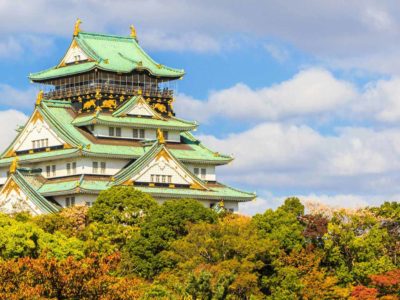 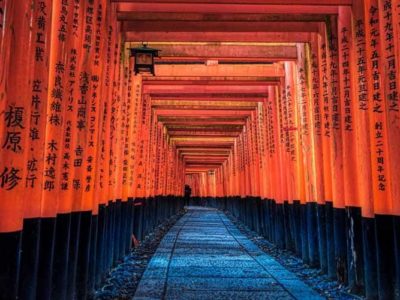 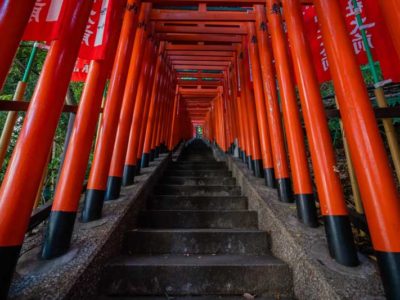 29 thoughts on “Inspiration – How Japan changed the way we travel”