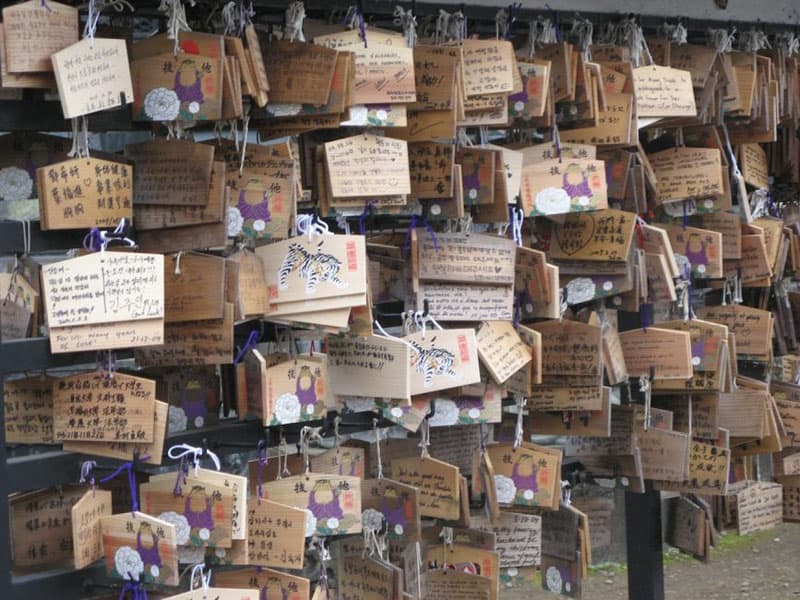 Tokyo is an exceptionally vast city, with a culture that is embedded in etiquette and rich in history and experiences. Understanding the real Tokyo is indeed difficult to do on your own, and understanding the nuances peculiar to the Japanese way of life is highly challenging, yet ultimately totally rewarding.

Discover Tokyo with a Free Guide

By chance, we had seen an article in the paper about a volunteer tour organization in Tokyo and decided to investigate it further. Free guides are a great way to discover Tokyo on a budget.

A volunteer group of people who want to assist you to understand Japanese culture and to further enhance cross-cultural understanding. 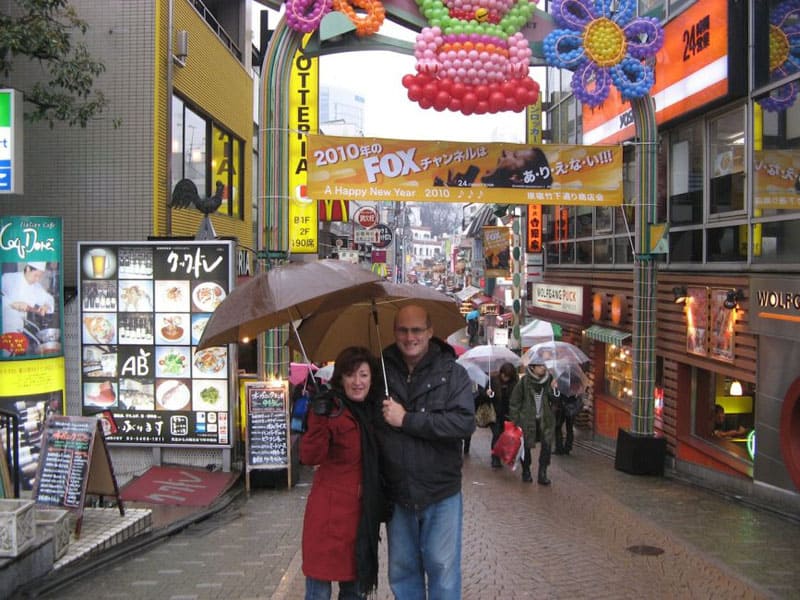 So I contacted them, and very shortly after was contacted by Ichiro. He had been appointed as our guide for our first trip to this amazing city.

What occurred then was a series of emails where we told him what we would like to see, and he made some suggestions. We had opted not to include any museums, palaces or temples in our list as we just want an insiders view of Tokyo and to see some of the places we had read about, but to understand them better.

These emails were so eagerly anticipated by us, as we got to know about him and his family, his life and hobbies and he got to know us better. This was the classic first email and his signing off, we just loved.

Let me introduce myself briefly. I'm Ryuichiro Hayashi nice to meet you. Please call me “Ichiro “for short. I haven't got a good command of English but there's no need to worry about communications. I'm retired but still alive and kicking. I'm not well educated man, and I was a machine operator at my company. I'm married and have two children, son and daughter. My daughter has two boys one is three-year-old boy Kazushi and 10-month-old boy Rui. They are living near my house with their husband.

My wife and I are very busy taking care of them every day, and they are the apple of our eyes. My hobby is spear fishing in the sea. I love to dive into the ocean very much. I have joined this organization for about three years ago. I'd be very happy if I could see the sights of Tokyo on Tuesday Jan. 12th Japan time. I know you'd like to visit Akihabara electrical town and other spots. I'm able to meet you at your Ueno Hotel Park Side lobby at 9:30am. I'm going to Oshima Island 100km off sea of south of Tokyo Bay for spear fishing from 29 to Jan. 2.

I'm looking forward to seeing you too. I'll send an e-mail again when I came back.

Who are Tokyo Free Guides?

Tokyo free guides are volunteers who are very proud of their city and who donate their time to assist you to understand it.

They do not receive, nor will they accept, any payment, with the exception that you provide their lunch and any public transport or entry fees. They are bilingual at the least and the organization matches you up.

Most of the volunteers are retired businessmen, housewives or students who have a great understanding of not just Tokyo but Japanese history, etiquette and culture – and what they don’t know, they study up beforehand.

You can organize to have a guide for a day or more depending on what you need. 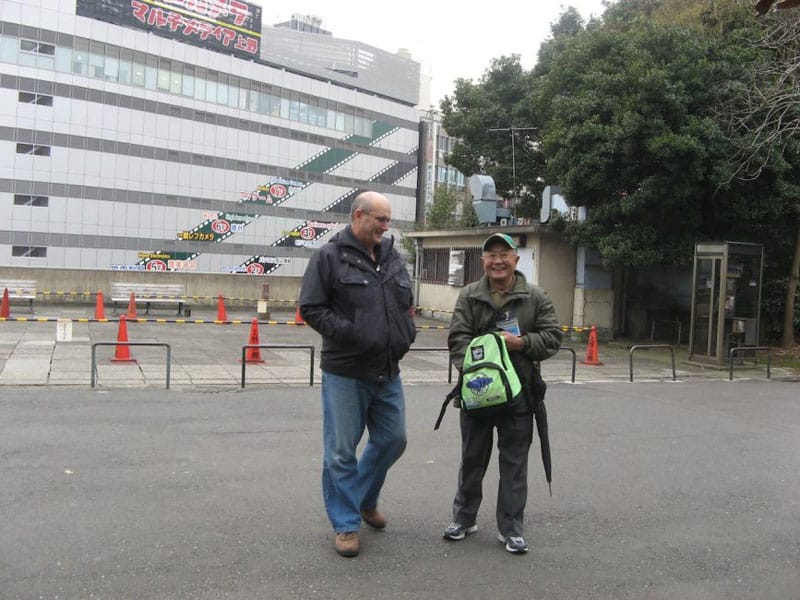 We were very excited about meeting our new 78-year-old friend since we had already established a relationship. It was so great when he met us at our hotel in Ueno, a prefecture of Tokyo.

Ichiro, a retired worker, was very proud of this position and he took very seriously.

Read: How Japan Changed the Way we Travel

He first suggested a walk through the old section of Ueno and he talked to us and explained to us what we were seeing. He loved our questions as that assisted him with his English, which was really quite good.

He particularly wanted to learn some Aussie terms, and inadvertently as we spoke he chuckled at our way of saying things.

Then we went to the station and he showed us how to purchase a Suica card, an invaluable smart card that can be used on the vast rail system and at convenience stores.

Then he showed us how to understand the train timetables. English is not widely spoken in Japan so this was invaluable.

The varied prefectures of Tokyo

We went to Asakusa which has a very old Tokyo feel to it, then to Akihabara – a geeks paradise of everything electronic (Gordy get out of there), Shibuya and Harajuku where the trendy young things dress as gothic lolita's in the kawaii style which was simply awesome.

When it started to rain he ushered us into a $1 shop to buy an umbrella, but we chose incorrectly he said. We should have got a clear one so we could see where we were going and what was around us. He was right.

Lunch in Tokyo, the Japanese way 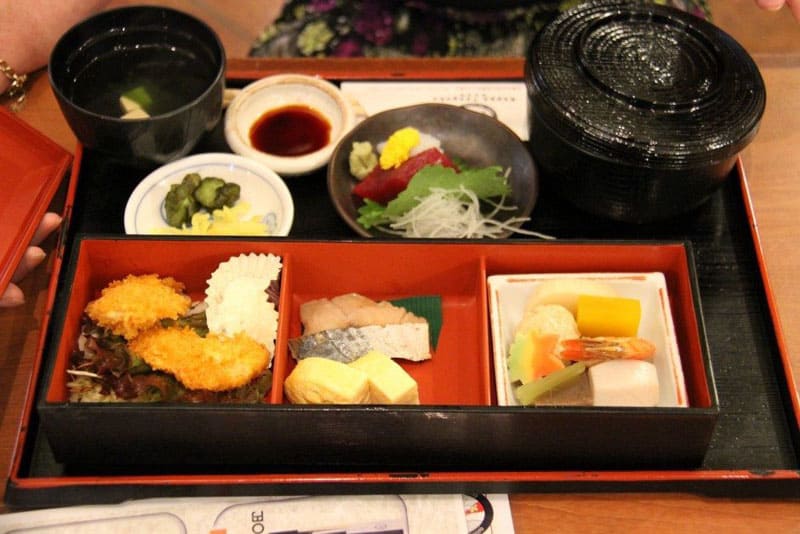 At some stage, we stopped for lunch and asked him to select where he would normally go.

This was a great thing, as we would have had absolutely no idea what to do. We went to a jukebox looking contraption on the wall, where everything was written in Japanese and no pictures, so selected something from the right column – he told us this was the food side, and then something from the left which was the drinks.

He possibly thought that we knew what we were selecting but we didn’t so just randomly hit buttons.

We asked what he would normally drink and he said beer and pointed, so we hit that 3 times. Then he said to sit down. Next thing our meals and beer were in front of us. Whatever we ate was delicious.

Some interesting aspects of Tokyo 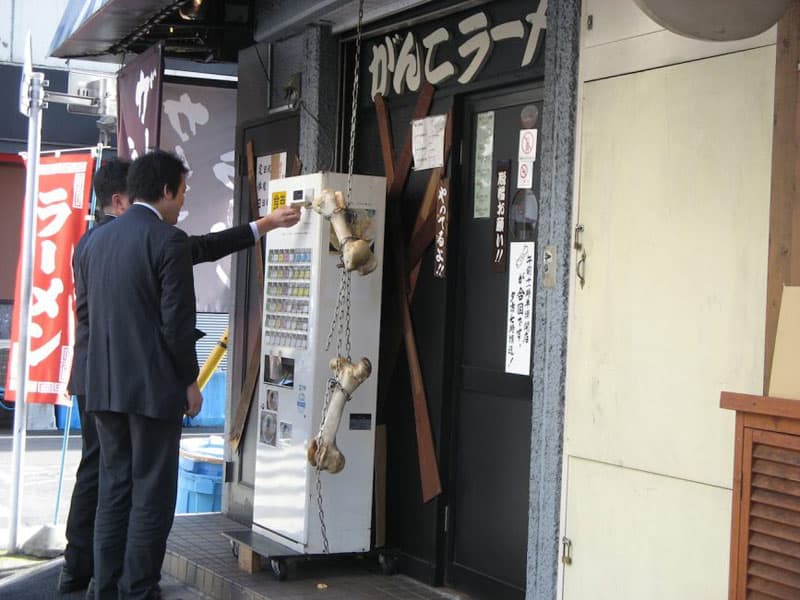 A different type of lunch

We then just wandered around as he told us a lot of things. Out of the blue he said, these are the love hotels and explained all about them. He pointed out some of the working girls and did it so nonchalantly that we were a little shocked.

That is where there is a cultural difference. He saw no problem what so ever.

He showed us the capsule hotels and explained that Japanese men drank a lot after work and because their wives did not want them home to interrupt the children’s study, and the trains stop running at midnight that these capsule hotels were an ideal way to have a sleep.

We then walked along a strip of very colourful and bright shops, that we had seen everywhere and that was always crowded.

These were the pachinko shops, which are a cross between pinball and slot machines, and he again told us that many many people were totally addicted to them.

We went in and it was loud music, loud clangs of these little silver balls. No one takes any notice of you because they are so transfixed on the task at hand. This was really full on. 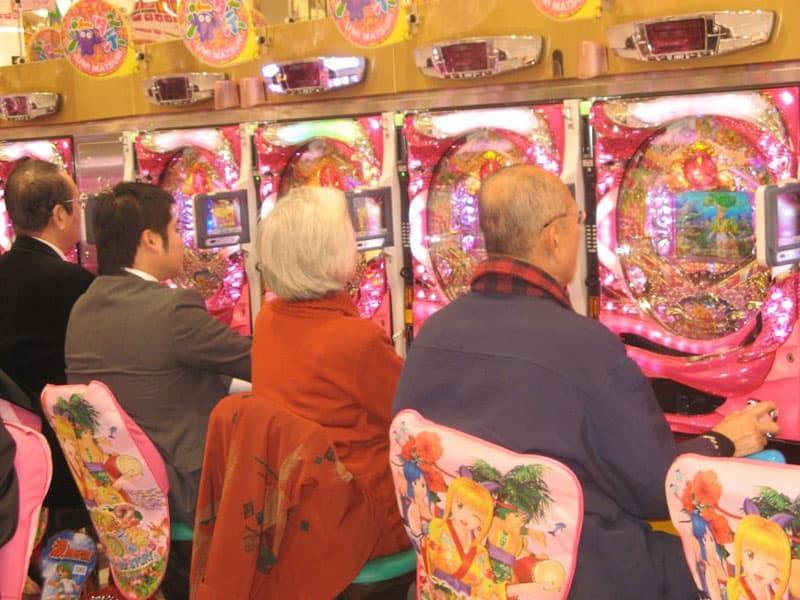 The importance of volunteering

I think Ichiro had a lot more energy than we did as we were waning and in need of a break. Our last stop was at the Metropolitan Government Building in Shinjuku,  to view the city panorama from the top of 48  stories.

It was here that he showed his volunteer credentials and which gave us immediate entry. His volunteer position is held in very high regard in Tokyo, and he was very proud for us to see this esteem being recognised.

What did we learn?

You could never learn what we learnt that day from any book or youtube or whatever.

Ichiro taught  us and showed us things that were well off the guidebooks radar.

We could ask him anything and vice versa.  We enjoyed each others company, so the purpose of the organization to assist understand Japanese culture and nurture cross-cultural understanding was achieved.

Etiquette is important but good manners are universal, so stands you in good stead. Some things just did not faze him where I presumed that a man of 78 might be a little confronted. Girls dressed as naughty school girls were nothing, sex workers – big deal, drunken businessmen – the norm. But…

I did misread the situation at the end of the fabulous day as I had bought some small souvenirs from Australia for his grandchildren.

This was a no-no. His was in a position of honour and etiquette, which dictated that he was a volunteer and received no favours. Is he still our friend? Most definitely.

Would I recommend this service provided by Tokyo Free Guides? Absolutely.

The best thing we could have ever done. Ichiro you are our hero.

For more information on booking your own guide in T0kyo, visit TokyoFreeGuide.com 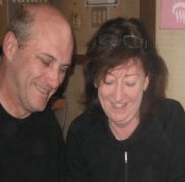 Gordon and I have been travelling since we met 10 years ago, and for some unknown reason are contented traveller(s) – Gordon forgot the ‘s’.  We aid and abet one another in our ventures. Our site www.contentedtraveller.com arose from our love of travel and unusual adventures, but also, and most importantly our ability to embrace serendipity. I was able to retire early from teaching (though I think 31 years was a fair shot) and Gordon continues to work when we are not away. This site in itself is a huge learning curve for us, and that can only be a good thing.  We hope you enjoy our tales and advice and also that you help us to improve.

Tokyo on a Budget – How to Travel Without Breaking the Bank

Top 10 Things to Do in Kyoto, Japan

Memoirs of the Nomadic Male Geisha in Tokyo, Japan