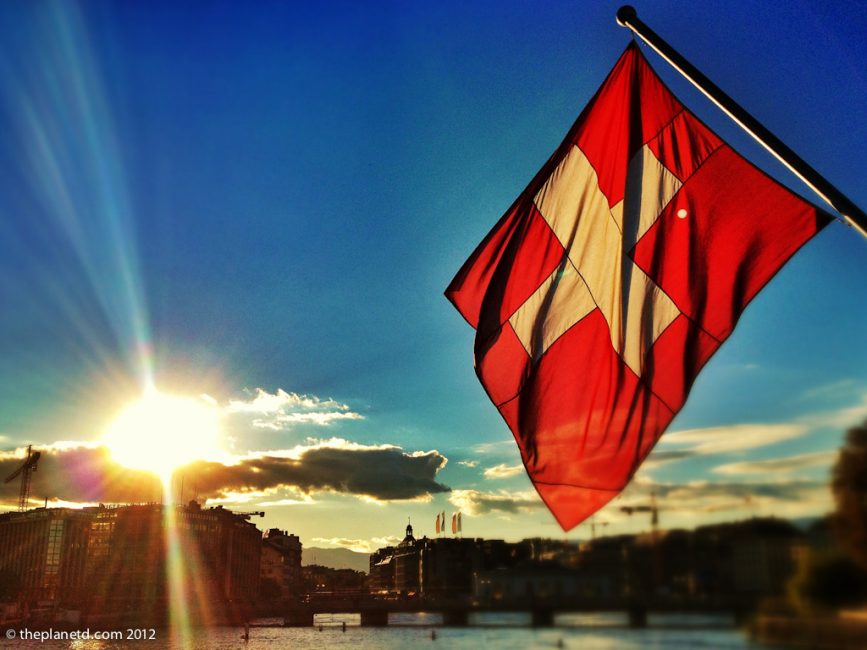 While we were back in Canada last week, we happened to be home for the debut of Skyfall, the latest James Bond movie with Daniel Craig. We both agree, he's the best James Bond ever and while I was watching the movie, I started to think about all the cool Bond Locations around the world. This guy gets around and we just so happen to get around too. So I went home, did some research and realized that we've travelled to a lot of James Bond locations ourselves and thought we'd share a little photo story about some of the coolest spots.

Bond Locations Around the World

Year of Bond Movie: 2012 – Men want to be Bond and Women want to be with Bond. James Bond is the ultimate character on film and Daniel Craig really ups the ante. He's gritty, intense and brings a depth to the character that we've never seen before. In Skyfall Bond goes to Shanghai in pursuit of bad guy Javiar Bardem. Shanghai has the most spectacular skyline on earth and Skyfall features it beautifully. My favourite shot was the arial view of Shanghai taken from a helicopter as it panned over the sparkling city lights. It focuses on a glowing blue swimming pool on the top of a skyscraper and slowly zooms into Bond swimming. There's a great fight scene that happens at the top of one of the skyscrapers too.

Year of Bond Movie: 2006 – Taking a boat tour in Venice is one of of the most romantic things to do on earth. I'm not talking about a gondola tour, they are so commercial, overpriced and packed with people that all romance is sucked out of the moment. But if you take a private taxi tour through the iconic landmarks, you'll end up with a smile on your face, plus you'll get to see the buildings that were used as locations for the pivotal scenes in Casino Royale. They blew a couple of them up on film but they're still standing today in Venice. Let's hope we all have a happier ending to our love story than Bond did in Casino Royale

Year of Bond Movie: 2002 – Pierce Brosnan is our second favourite Bond. I know, we're supposed to either love Sean Connery or Daniel Craig. That seems to be the rule. But we think Pierce is always overlooked. He brought Bond to a new level. Bond suffered in this movie when he was captured by the North Koreans. The Bonds with Pierce Brosnan also filmed on location all around the world including Hong Kong. The city with the second most spectacular skyline on earth. Hmm, second favourite Bond, Second favourite skyline, I see a trend here.

Check out what we did in Hong Kong in Three Days

The World is Not Enough – Pierce Brosnan

Year of Bond Movie: 1999 – I don't remember this Bond Film very well. I remember Denise Richards was one of the Bond girls and I know they featured the Millenium Dome on the Thames. We didn't take a photo of the Millenium Dome while we were there because it really is not very impressive. I decided to feature The World is Not Enough because how can you do a Bond Movie round up without a shot of London? And I love this photo that Dave took of the Tower Bridge. 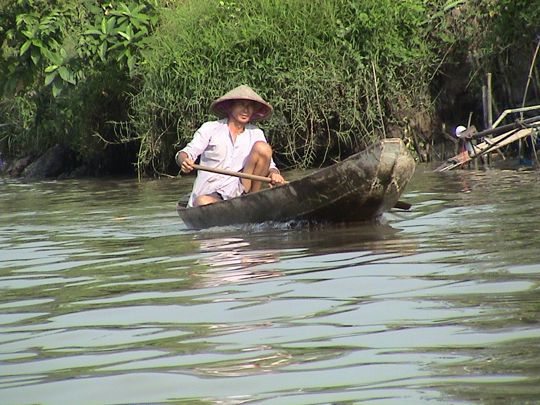 Year of Bond Movie: 1997 – This was the second James Bond movie that Pierce Brosnan starred in and the second movie with Academy Award Winner Dame Judy Dench cast as M. She's one of our favourite characters in the Bond Films paying M with an iron fist from Golden Eye all the way to Skyfall. One of our favourite scenes in Tomorrow Never Dies is the motorcycle chase through Ho Chi Minh City in Vietnam with Michelle Yeoh, another fierce female action star. We didn't own a digital video camera when we travelled to Vietnam in 2003 and the only photograph I could find was this one that we scanned into our computer a few years ago to write about a Vietnam round up. So, this is what you get. 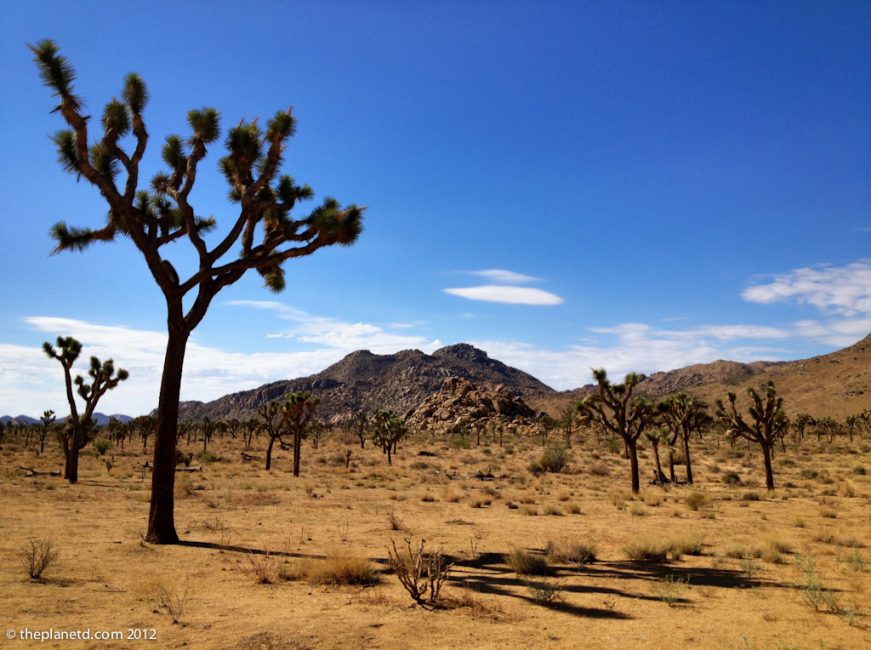 Year of Bond Movie: 1987 – Timothy Dalton had bad timing in our opinion. I think the world was tired of the cheesy Roger Moore Bonds of the 80's and they weren't quite ready for the gritty Bond films that came with Daniel Craig. So when they signed Timothy Dalton, he was destined to fail especially because the studios wanted Pierce Brosnan but he was stuck in contract with Remington Steele. So Dalton stepped in for only two Bond Movies. Try as we might, we haven't been to any of the locations that Dalton filmed his Bond movies in, except for the Mojave Desert in California where they shot a parachuting scene. So we'll take it!

A View to a Kill – Roger Moore 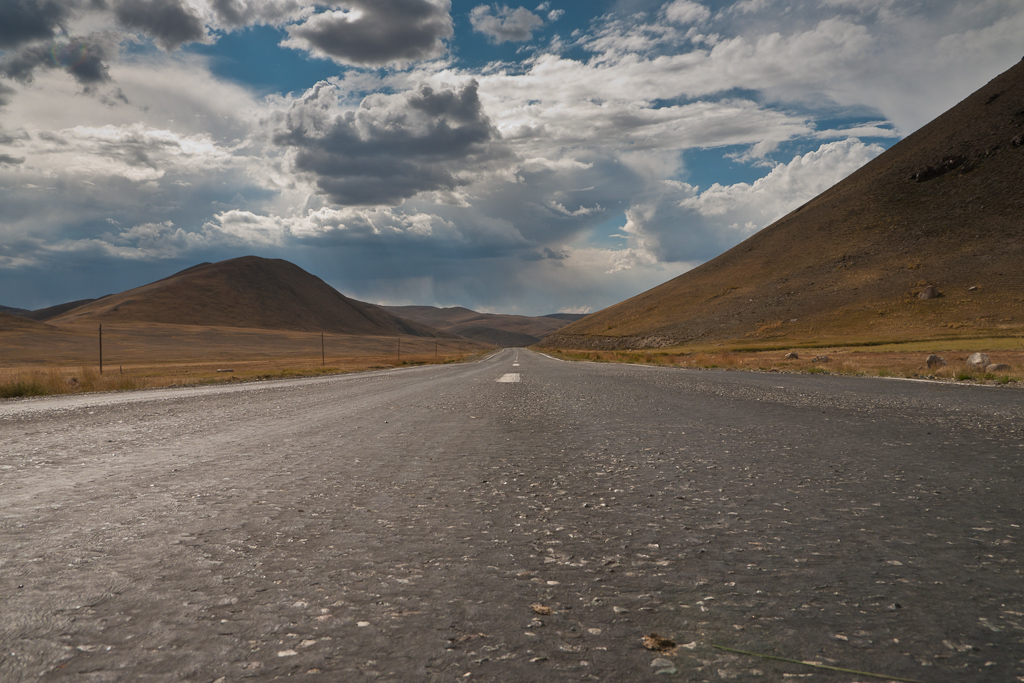 Year of Bond Movie: 1985 – Roger Moore was our least favourite Bond. His movies were all a little cartoony and cheesy and just not our style. But hey, It was the 80's and everything was cheesy then. We did enjoy Christopher Walken's performance with his bleach blond hair and Grace Jones was quite the spectacle with here exotic look. What do we remember most about it? Duran Duran's theme song. It was 1985 and yes, I was still a Duran Duran fan. Oh, but we're talking about locations. The Cold War was a big part of James Bond so it's only natural they'd set some of the movie in Siberia. In 1985 they couldn't get into Siberia to film but in 2011 we drove right through Siberia during the Mongol Rally.

Year of Bond Movie: 1983 – The very first Bond movie I ever saw at the theatre was Octopussy. We were in Colorado Springs and I went to a matineé with my parents. In 1983, I was pretty taken with the cartoon-like movie and loved every minute of it. It was also very exotic being set in India! We were in Udaipur a few years ago and every restaurant and bar seemed to have screenings of Octopussy each night. While, there we had to watch the movie as we overlooked the lake with a view of the City Palace. Much of Octopussy was filmed in Udaipur and it was so cool to see every location surrounding us on the screen in front of us. Man, this movie was terrible, but I'll never forget each moment that I saw it.

Read more about Udiapur at The Most Romantic City in India

The Spy Who Loved Me – Roger Moore

The Pyramids of Giza

Year of Bond Movie: 1977 – The thing I remember most about the Spy Who Loved me is the theme song Nobody Does it Better by Carly Simon. I'm humming it now as I write this post. And I remember the big ski chase at the beginning of the film where Roger Moore deploys a British flag parachute as he flies over a cliff. Oh yes, that was a pure moment of cheese. Oh, and yes, portions of this bond film were shot in Cairo another Bond Location we've been to. 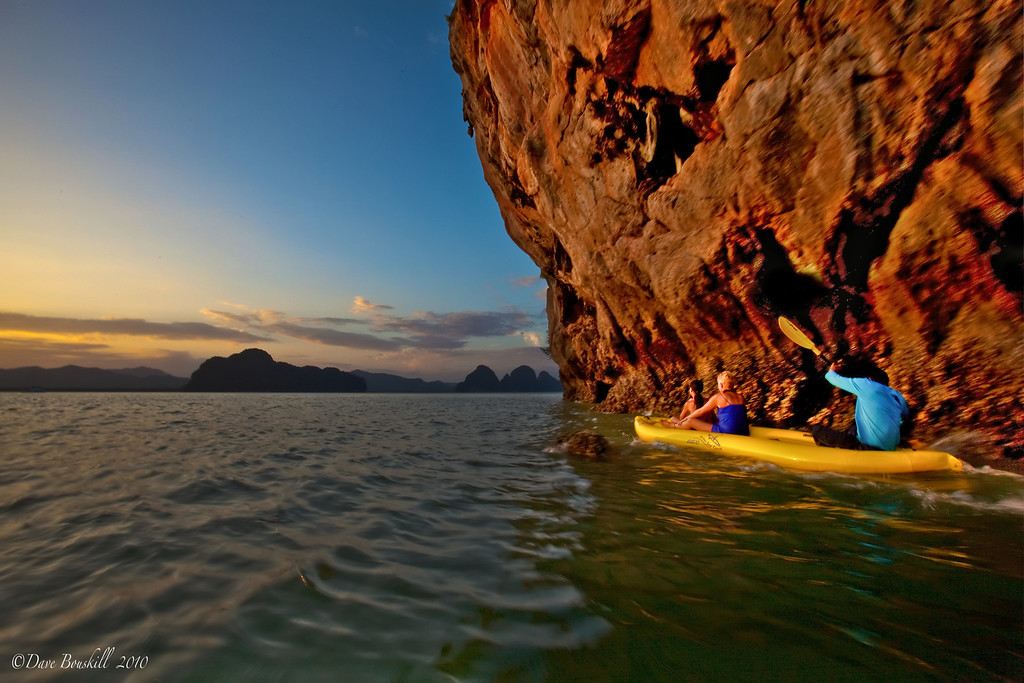 Year of Bond Movie: 1974 – When traveling to the Southern Islands of Thailand, you'll see tours advertising James Bond island. That's because portions of the Man with the Golden Gun with Roger Moore was filmed here. Pha Nga Bay is a 400 km bay filled with beautiful Karst formations and there is one island that juts out of the Andaman Sea where this James Bond film was shot on Location. The Man With the Golden Gun was also shot in Bangkok too, one of our favourite cities on earth. 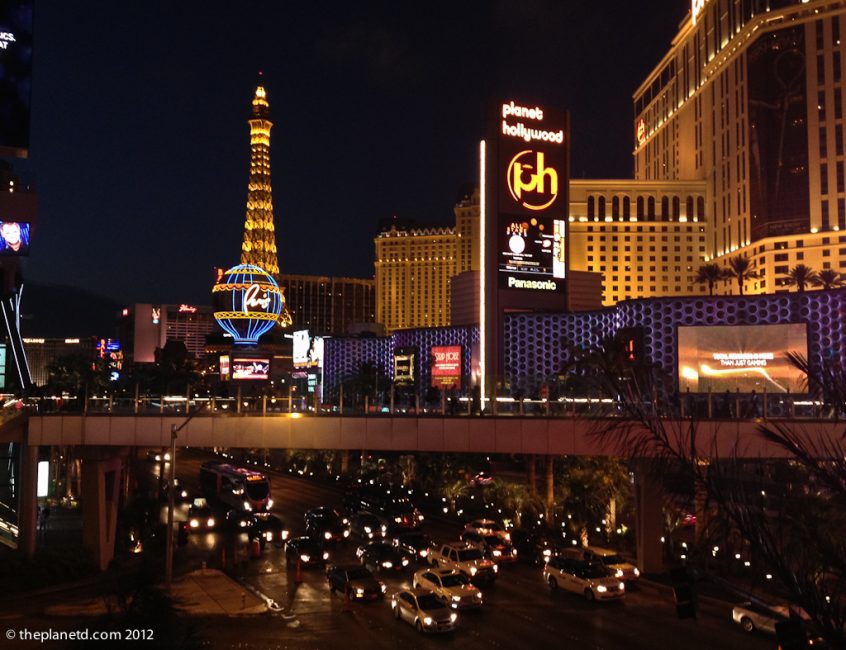 Downtown Vegas has changed a lot since Diamonds are Forever

Year of Bond Movie: 1971 – Sean Connery stepped back into his role after the epic failure of George Lazenby and filmed Diamonds are Forever in exotic locations such as the South of France, Tokyo, Amsterdam, Mexico and Cairo. We just so happen to have been to all of these locations, but why not feature Las Vegas, you can go around the world in just a few blocks in this Nevada City. Think of how amazing it would have been in 1971 to sit in the theatre and watch Bond jet around the world.

On Her Majesty's Secret Service

Year of Bond Movie: 1969 – Poor George Lazenby didn't have a chance when he joined the Bond franchise. Sean Connery decided he'd had enough of the role after five movies. The public was used to good old Connery though and Lazenby only filmed one movie that just happened to be on location in the Swiss Alps before Connery stepped back in the role.

Geneva Switzerland as Seen from River at Sunset

Year of Bond Movie: 1964 – Sean Connery kept the momentum going with Bond in Goldfinger. The location that stands out most besides all the American Bond locations of Miami, Kentucky and Maryland was Geneva, Switzerland. We were just there last month and while Geneva wasn't our favourite part of the country, it is the epicentre of business and commerce and I can see James Bond high rolling in this very pricey city. 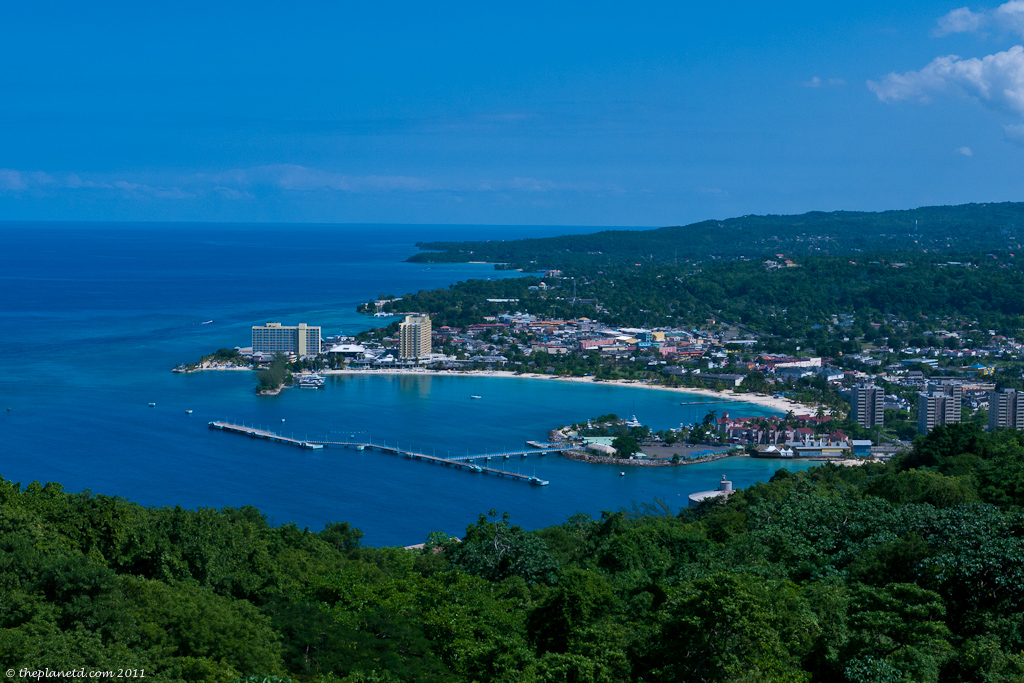 Year Of Bond Movie: 1962 – The first of the Bond movies came out in 1962 and launched Sean Connery's career as the most iconic Bond ever. Imagine how exotic Kingston, Jamaica was to the average viewer then. We visited Kingston for the first time in 2011. It is still a country of great culture, excitement and of course Irie Mon.

Who's your favourite Bond?

WebsiteFacebook
You are Here: Home » Travel Photography » Bond Locations We’ve Been To