How to Blend in Abroad: Tips To Avoid Looking and Acting Like A Tourist

The importance of blending in abroad is quite obvious. Although many of us enjoying standing out from the crowd in our home countries, sticking out like a sore thumb when traveling can land any traveler in hot water.

Not only do you become a target for thieves, but your attitude and/or dress might also offend locals. But have no fear, just follow these easy tips and you’ll have no trouble blending in when traveling abroad.

Every item packed into your suitcase needs to serve a specific purpose and “being stylish” should only be secondary to the item’s primary function.

The point is to pack items and clothes that won’t scream tourist (especially if they scream wealthy tourist).

Modesty is also a factor to consider when traveling to more religious or conservative countries.

For my travels in Morocco, for example, I bought a couple of elbow length shirts and wore pants or skirts that went past my knee. In short, you want to blend in and also be respectful of the local culture.

Leave the clutch, flimsy shoulder bags, expensive clothing/bags and gold jewelry at home as these items serve no purpose and greatly increase the probability of being robbed.

I highly stress that travelers should re-think any jewelry that they pack. A Chilean once warned me that dangly earrings can at times be ripped off (ouch!!!) if the thief thinks that they are remotely expensive.

If you plan on traveling with expensive gear then consider roughening them up, making them look old and used.

To do so, accessorize your expensive items with duct tape or carry them in a normal, dirty backpack.

Last but not least, make sure all logos (especially on DSLR cameras) are hidden – some thieves have learned the value of certain items, like cameras, and are therefore more likely to rob you if they recognize the logo.

2. Do not carry your valuables when sightseeing

Leave your passport, laptop and VISA card safely locked in a locker at the hostel and only bring the basics when you are out and about in the city.

For example, if you are heading off to a nightclub leave your passport and credit card locked up at the hostel. Bring only enough cash for the night, an ID card (I use my Canadian driver’s license) and a small camera.

Adopt a minimalist mentality; the less you carry in your pocket, purse or backpack, the less amount of valuables you have to worry about, allowing you to relax and have fun.

I learned this lesson from a friend who decided to take her iPhone to a club in Buenos Aires and subsequently had it stolen.

My friend placed her phone in her purse and for the duration of the night kept her purse firmly pressed against her body and protected by one of her hands. She had quite the death-grip on that purse, signaling to any thief in the club that there was something valuable inside.

While dancing with a guy she let go of her purse for only 5 minutes and her phone quickly disappeared.

The moral of the story is to avoid drawing attention to the places where you have stashed your important items.

Placing your passport or expensive camera in your hidden jacket pocket is pointless if you nervously claw at the pocket every second.

Remember someone is always watching, so go with the flow and try not to tip off any thieves on the location of your valuables.

4. Read up on local customs

Gestures and greetings can be easily misinterpreted overseas especially if you assume that all signs are universal; they are definitely not!

As a result, it may be wise to acquaint yourself with the local ways to avoid trouble.

For example, in the 1950s Richard Nixon visited Brazil and as he stepped off his airplane he flashed the A-OK sign to show the people his good intentions. Unbeknownst to him, that seemingly harmless gesture in the United States is also the equivalent of the middle finger in Brazil.

In Italy, the sign of the horns (or as I like to call it the “Rock-On” hand gesture) is one of the worst possible insults you can give to a man. Known as il comuto the gesture indicates that someone’s wife or girlfriend is being unfaithful and can initiate a physical altercation.

Other pertinent research topics could include body language etiquette, tipping customs for taxis and/or restaurants and proper manners when entering a house, visiting an ancient site and/or a place of worship.

To top it all, always do your homework on important local laws so as to avoid some serious trouble.

For example, eating in public during Ramadan in Saudi Arabia could actually land you in jail.

Tolerance is the key to blending in.

When I lived in Chile and visited other Latin American countries, I experienced another type of lifestyle unlike the one that I was accustomed to back in Canada. Everything was slower and customer service was exceptionally frustrating.

Restaurants would run out of menu items, servers would be chatting on their cell-phones instead of attending to their customers and during certain days (like Sunday) much of the town or city that I was visiting would shut-down completely.

But every time I started to become frustrated, I gave myself a reality check; I reminded myself that customer service may be exceptional in Canada (or the United States) but I wasn’t in Canada.

If something frustrates you, which something will, take a deep breath instead of reacting negatively. Your complaints will not only irritate the people around you, but will easily label you as the obnoxious outsider.

6. Speak Half As Loud As Normal

Many Westerners culturally speak at a higher volume than people in other nations.

When I had my red clutch stolen, I’m pretty sure my friend and I tipped off the thief with our conversation which was extremely loud and in English.

Speaking loudly, especially in a language other than the official language of the country that you are visiting, will attract unnecessary attention.

Instead, try to either avoid unnecessary conversations in public places that might be somewhat unsafe or keep your conversation at barely above a whisper.

Nothing screams tourist more than someone speaking loudly (and sometimes obnoxiously) in English.

Lost? Keep walking tall and with a purpose; pretend like you have someplace to be.

The worst thing a person can do when they’re lost is to abruptly stop in the middle of the street (often with a perplexed and often panicked expression) and pull out a map.

If you are ever feeling overwhelmed or lost, just keep walking intently and pop into a nearby cafe, convenience store and/or restaurant to check your map or ask for directions. The point is to always try to act like a composed and confident individual.

Travelers can discretely observe their surroundings to get a feel for the atmosphere and then try to mimic the locals so as to blend in.

However, instead of only mimicking their actions, try to engage with the locals; talk with them and ask their advice on what to see or do in that particular city.

Not only will you blend in but you will also experience the local life and avoid the tourist traps of many big cities.

Do YOU have any tips to blend in abroad?

Why Can’t the World be More Like Scandinavia? Breaking Down What’s Good in the World

The Very Best Healthy Travel Snacks for a Long Flight 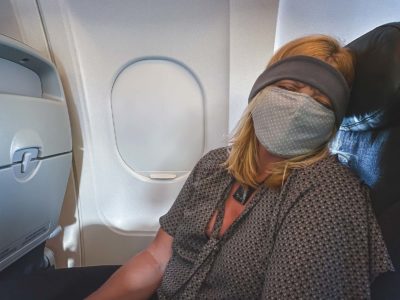 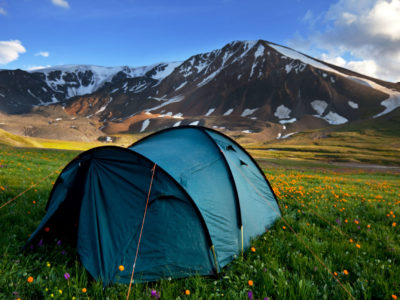 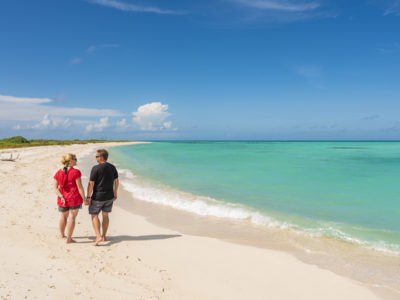 28 thoughts on “How to Blend in Abroad: Tips To Avoid Looking and Acting Like A Tourist”

Home » Travel Tips » How to Blend in Abroad: Tips To Avoid Looking and Acting Like A Tourist