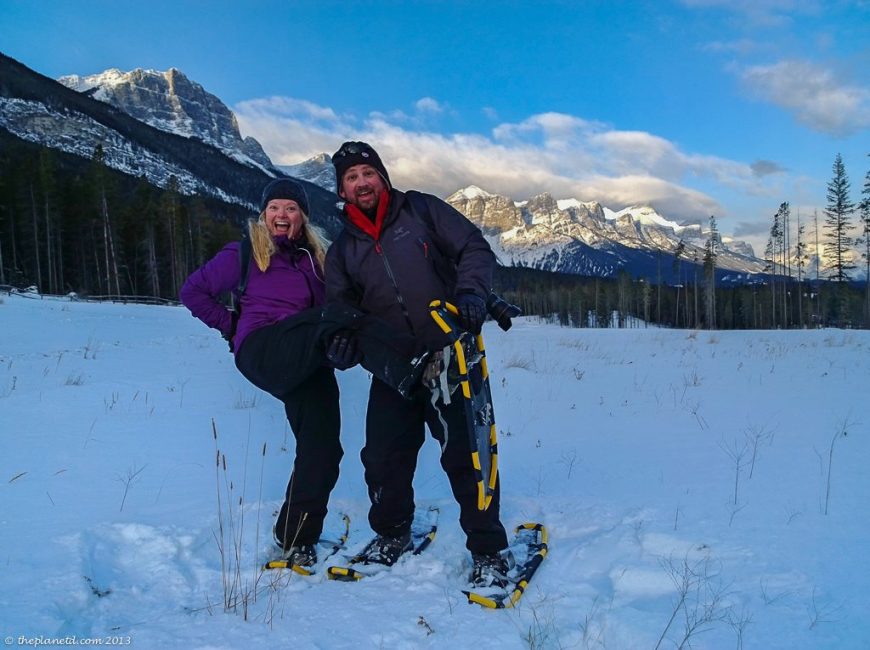 There seems to be a lot of Canadian stereotypes out there. Even the most seasoned of travelers don't seem to know a lot about Canada.

Lately while travelling, people have been asking us a lot of questions about Canada.

The topic of health care comes up a lot when people ask us about Canada.

Our unique way of speaking is always a conversation starter, and questions about our identity often arise.

So we thought we'd break the misconceptions about our home and native land, The Great White North!

So, here are the top Canadian stereotypes debunked and authenticated.

1. Canadians Say Out and About like Oot and Aboot

This is not true

This is one of the Canadian Stereotypes that always hits a nerve with me. I don't know why, but I pretty much always fly off the handle when people mention it.  And they always do.

Canadians do not say oot and aboot.

We are more closed with our pronunciation and lean a little more towards the word oat.

While neither one is right or wrong, it is simply our accents. Like all countries of the world, different regions have different accents and some people are more pronounced

This is one of those Canadian Stereotypes that I wish were true.

The province of Quebec is our French speaking province.  Sure there are many Canadians that are bilingual, but most of us are not I am afraid.

We learn French in school, but frankly, my school French curriculum was terrible.

I wanted to speak French desperately growing up. I worked hard in school and memorized my verbs every day.

The problem was we just kept learning the same French verbs right up until my final year of high school. I never became even close to fluent.

This Canadian Stereotype is not true.

Believe it or not, Canada has a hot summer.

Canada has four seasons and it is only freezing during the winter months from November – March in most of the country.

We regularly go above 30º Celcius ( 86 degrees Fahrenheit) and have reached 40 Celcius (104 Fahrenheit) with humidity. We have heat alerts and we crank our air conditioners just like the warmer tropical countries do.

Canada can be unbearably hot. It even gets warm up in the Arctic during the summer!

Yet another one of the Canadian Stereotypes that are not true.

This is sometimes true.

In Ottawa, the world's largest skating rink opens during the winter months on the Rideau Canal.

The same can be said for Winnipeg. It houses the world's longest skating rink.

Many people commute to work along these waterways during the winter months. It's faster than driving and why not get the morning workout in while we're at it too!

Okay, maybe this one is true.

At some point, most Canadians (who grew up in Canada) played hockey or learned how to skate.

I don't know why this is true. Canada hasn't won a Stanley Cup since 1993!

And forget about Canada's most famous hockey team the Toronto Maple Leafs haven't won the cup since 1967!

But we do win the Olympics a lot and we do win world's and world Junior's a lot.

And Canadians really do jump on the bandwagon during these events. All of a sudden the entire country is talking about hockey!

6. All Canadian's Can Skate

If you grew up in Canada, I can guarantee you've been on the ice more than a few times.

Our cities have free public skating rinks where people can play a game of pick up hockey or just skate around in circles.

Most parents put their kids into hockey or figure skating at some point in their childhood and even schools have skating days.

Be it going on a road trip, or just a quick drive to the store, we stop at Tim Hortons for coffee.

It's very common place in the working world for someone to go on a Timmies Run.

It's cheap and addictive. I don't know why, but as soon as we land at the airport in Toronto, we have to stop at Tim Hortons for a cup of coffee.

I know we are the largest producer of Maple Syrup in the world, but most is for export.

While it is fun to go snowshoeing in the winter through maple forests (where maple syrup is tapped) we don't all eat maple syrup.

I don't even have maple syrup in my house! But it is tastey on pancakes.

I'll give Maple Syrup one thing, nothing else can go on top of a pancake. Ever!

Canada does have the highest population of Polar Bears on earth, but we don't live in harmony with the.

Well, except for Churchill Manitoba where polar bears really do hang out downtown!

Fun Fact: In Churchill, nobody locks their car or house doors just in case someone needs to get away from a polar bear that is roaming around in town!

Polar bears are only found in the far north of the country.

Okay this is true

I don't know what it is about our culture that makes us so apologetic, but Canadians are always apologizing.

Whenever we put the question out there on social media, people always tell us their funny “sorry stories”

Sorry, but free health care is good.  When we are not feeling well we go to the doctors.

When we have an accident we go to the emergency room for free.

If we need open-heart surgery, we get it.  If we need radiation treatment for cancer, we get that too. No bills, no worries.

Sure, if I go to the emergency room for a cut or a minor injury, the staff will treat the heart attack or car accident victim first.

But they aren't going to let anyone die.  People are treated in the order of the severity of their injury, not the amount in their bank account.

12. Canadians are on the imperial system

Canadians are officially on the metric system, but we still use a lot of the Imperial system.

We are weird, but we like it that way. It makes us unique.

This is so not true!

I have honestly had someone ask me this question.

Even in places like Inuvik, the Yukon or Nunavut, people do not live in igloos.

And those are our Canadian Stereotypes debunked by these two crazy Canucks.

What have you heard about Canada? Let us know in the comments and we'll tell you if it's true!

If you enjoyed this, save it to Pinterest for future Canada reading

For more help understanding Canadians check out these posts