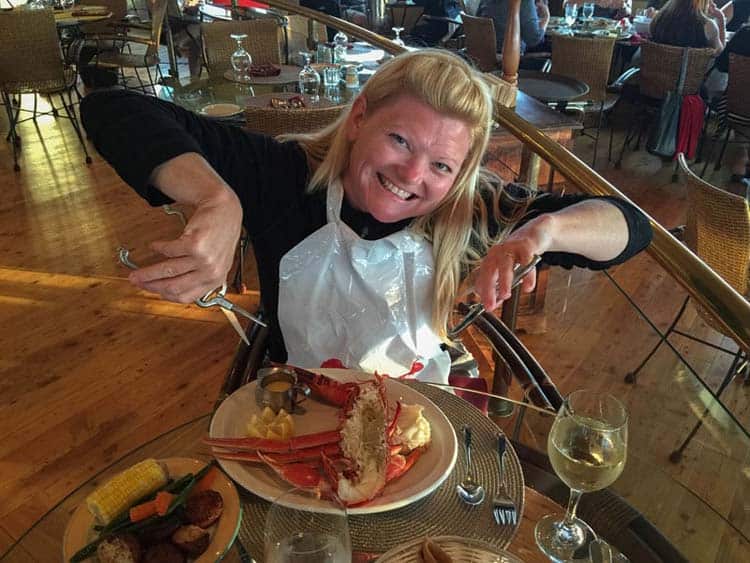 Canadian food doesn't exactly have the cultural identity that Italian dishes, Moroccan food or Greek cuisines have with their countries. But Canada has been building on its food identity over the years and we've now carved out a little niche up here in the Great White North.

If there is one word to define Canadian cuisine, for me it is quirky. We like to have fun with our Canadian dishes and have used our multicultural heritage to add a twist to staple foods from around the world.

Nobody ever says, “Let's go out for Canadian Food tonight.”

We as Canadians often say “Do you want Thai food today?” What about Korean or Japanese? Other foods around the world have a clear distinct theme and flavour, not Canada. Canadian food a mishmash and that's the way we like it!

Canadian dishes don't have anything that really makes it stand out from the rest of the world except its quirkiness and influence from other cultures.

You name a country, we have the food.

Even in small towns across Canada, you will find a wide variety of international cuisine.

So when you think about it, that is exactly what makes Canadian Food so unique. We are diverse in every aspect of life in Canada and food is no exception.

We do have a few favorites that the rest of the world may or may not know about, so I thought that I would share a list of foods that are unique to Canada.

I think that the world is starting to adopt our little secret known as Poutine.

It used to only be a strange food that Canadians ate.

French fries draped with cheese curds and gravy is sinfully delicious. It's the ultimate comfort food and our go-to snack when we have a hangover.

We have recipes for poutine all over Canada with different toppings for the Poutine.

The basic poutine recipe is cheese, gravy, and fries, but on the East Coast, they love making Lobster Poutine. In Alberta, it's beef poutine. The more you load it with the tastier it gets!

It can be found across the country. As a matter of fact, Poutine is often thought of as Canada's national dish!

What tourist doesn't leave Canada without a bottle of Maple Syrup in tow?

The maple tree is a national symbol of Canada and the syrup that it produces is scrumptious.

Come to Canada in the dead of winter and you can take a tour out to the woods and watch them tap a Maple tree for fresh syrup.

Bring it home and smother it over pancakes and french toast, sausage, or bacon.  Maple syrup makes anything taste better.

Named after the town Nanaimo in British Columbia this a popular dessert in Canada.

Nanaimo bars are made of a wafer crumb-based made of almond and walnut layered with vanilla butter icing and covered in another layer of melted chocolate.

They may be called a different name somewhere else, but rest assured, Nanaimo Bars were invented in Canada.

Head to any tourist destination and you can be sure to see people munching on Beaver Tails.

No, they are not what you think they are.

Beaver Tails are delectable treats are made of fried dough shaped in the form of a beavers tail.

It can be topped with anything, but we like the original sprinkled with sugar and cinnamon.  Other toppings include ice cream, whipped cream, or jellies.

These are still a favorite dessert of mine.

If I go to a buffet and butter tarts on the table, you can be sure that I will grab a couple.

I am seeing a pattern of very unhealthy foods here.  Time to change gears a bit.

It's definitely our national drink.

A Bloody Caesar is a lot like America's Bloody Mary except we use Clamato Juice over tomato juice.

Clamato juice is a mix of Clam and tomato juice, but don't let that turn you off. It's delicious.

Garnish with a celery stick and you have a delicious treat!

Speaking of bacon, peameal bacon or back bacon is world-famous.  Americans like to call it Canadian bacon, but we call it Back Bacon.

Even Bob and Doug Mackenzie (aka Rick Moranis and Dave Thomas) sang about back bacon for their 12 days of Christmas spoof.

It is part of our national identity. Even if you don't eat it, (like me) Canadian Bacon is still a huge part of Canadian food identity.

While many places in the world have macaroni and cheese, only Canada has KD.

We Canadians love Kraft Dinner, when Covid-19 spread, people were buying up these boxes of goodness almost as quickly as toilet paper!

You gotta try it, it's delicious.

I know everyone loves doughnuts, and we've tried them around the world but nothing compares to Tim Horton's doughnuts.

In fact, eating at Tim Hortons can be a Canadian culture and food identity post all to itself.

People are hooked on Tim Horton's coffee. For some reason, everyone orders a double-double (double cream / double sugar) with an apple fritter or chocolate-dipped doughnut.

Our airports are filled with boxes of the stuff and ooh, we just love the smoked sockeye salmon.

Eat it on its own or add some capers and goats cheese on some crackers.  Oh, my mouth is watering as I write about it.

Other countries eat lobster I know, but in the Maritime Provinces on Canada's East Coast, Lobster is a way of life.

And the lobster that comes from the East Coast of Canada is among the best in the world.

It is a meal where we come from!

Canadians like to think that their beer is superior to their southern neighbour's watery brew.

As a matter of fact, we think that their beer is superior to everyone's. Canadians just can't figure out why the rest of the world doesn't feel the same way.

Montreal Style bagels are as popular in Canada as New York Bagels are in America.

What makes these bagels so special? Unlike other bagels, they have a larger hole but the bagel itself is thinner, denser, and sweeter than regular bagels.

Because they are baked in wood fire ovens the outside is crispier too!

We love our potato chips. Lays are the popular brand for Ketchup chip lovers. Ruffles is our favourite ridged chip brand here in Canada.

I believe we pioneered the trend of flavouring our chips here in Canada. We really do take it all to a whole new level from other countries. All-dressed or dill pickle anyone?

I remember once upon a time having a hard time finding salt and vinegar chips while traveling. We do love having variety here in Canada.

We ate a lot of pea soup as a kid. I didn't realize this was a “Canadian foodie thing” until doing research for this article.

Perhaps it's my french Canadian background that influenced my family eating a lot of pea soup.

But apparently, Split Pea Soup is a Candian dish that comes from French Canada. There you go, I just learned something about my own country that I never knew until today!

And there you have our unique foods to Canada.

Canada is a land made up of immigrants, and settlers of this country make it a true melting pot of cultures and cuisine.

Just like our national identity, Canadian food is also a blend of the best of every land on the planet.

Kayaking in Nova Scotia with a Lobster Feast Reward

Going on a Moose Safari – It Doesn't Get More Canadian Than This!