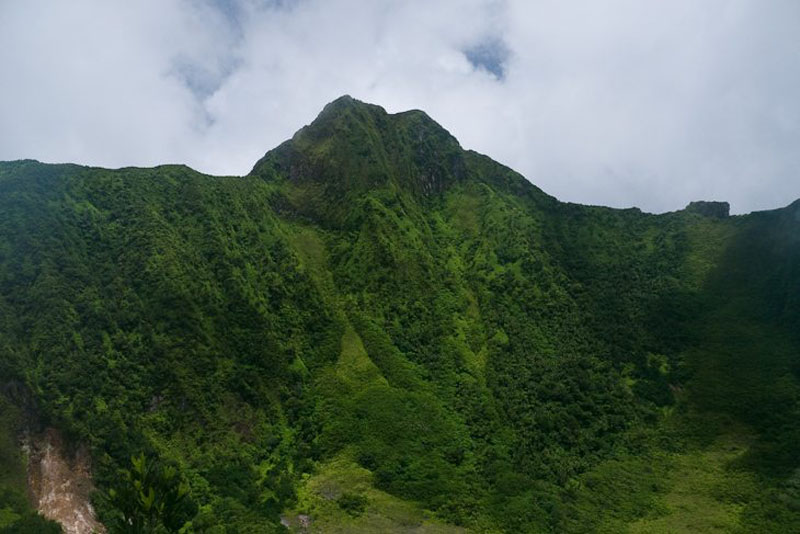 We expected our Mount Liamuiga Hike in St. Kitts to be a walk in the park. It turns out that the Volcano hike of St. Kitts is a grand adventure.

After all, who would have thought that there was an amazing adventure awaiting us on the tiny island nation of St. Kitts?

When we think of the Caribbean, we picture vacationers sitting at the pool bar, drinking margaritas and never leaving the beach.

This was not the case when we went to the Marriott Resort.

St. Kitts is a destination for people that want to experience the true flavour of the islands.

People that want to get off the resort and sample life in the Caribbean while not venturing too far out of their comfort zone. St. Kitts has it all. Beaches, rainforests, parties and beauty.

But what surprised us most of all was Mount Liamuiga.

Standing 1166 metres (3792 feet) high, this dormant volcano is an excellent hike through the jungle. 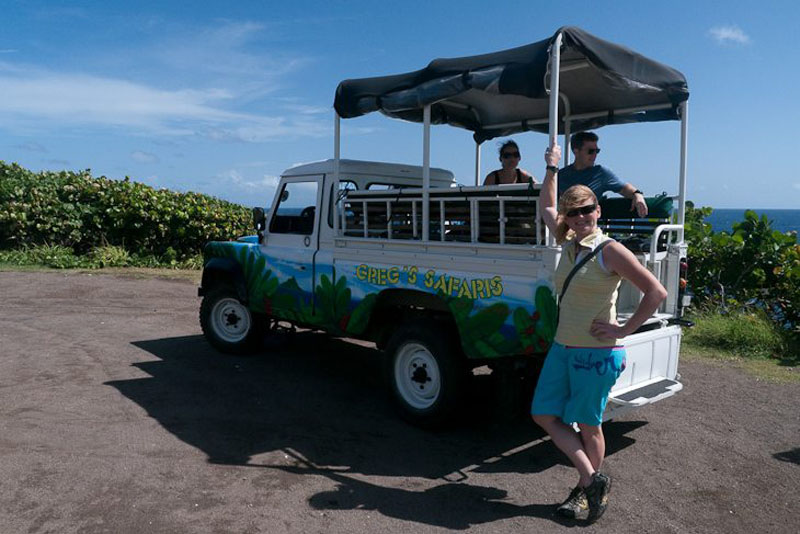 We awoke to a clear and sunny day at the St. Kitts Marriott where we met our guide Dion from Greg’s Safaris.

The hour long drive to the other side of the island was delightful as we bounced along in the back of the truck dodging other cars, goats and families walking along the side of the road.

This beautiful drive treated us to gorgeous views of the St. Kitts coastline with a mandatory stop at Black Rocks.

A stunning cluster of jagged black rocks on the Caribbean Sea created by the lava flow of Mount Liamuiga’s last eruption 1600 years ago. 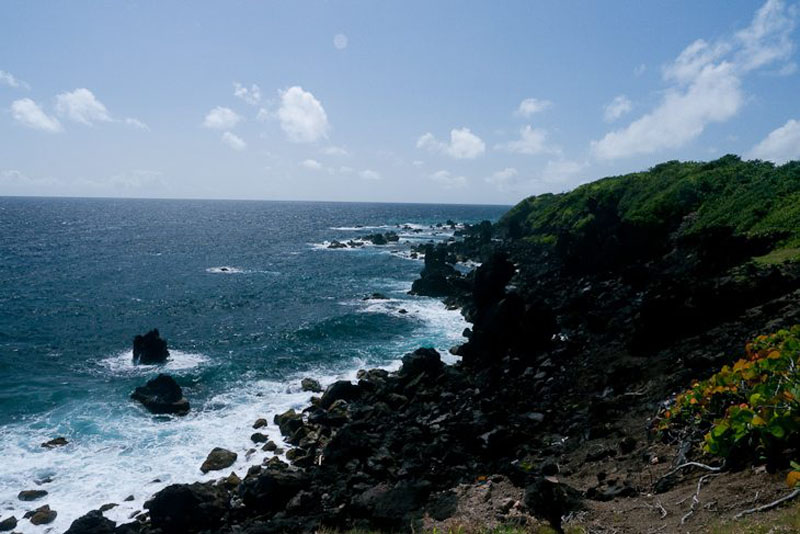 We didn’t have long to linger though because this sleeping giant was waiting for us to conquer her.

Mount Liamuiga gets its name from the original name of the island of St. Kitts. It means “fertile island.”

A very appropriate name indeed, as the area surrounding the mountain is a thick and lush rainforest filled with exotic trees, plants, dripping water and plenty of spiders. 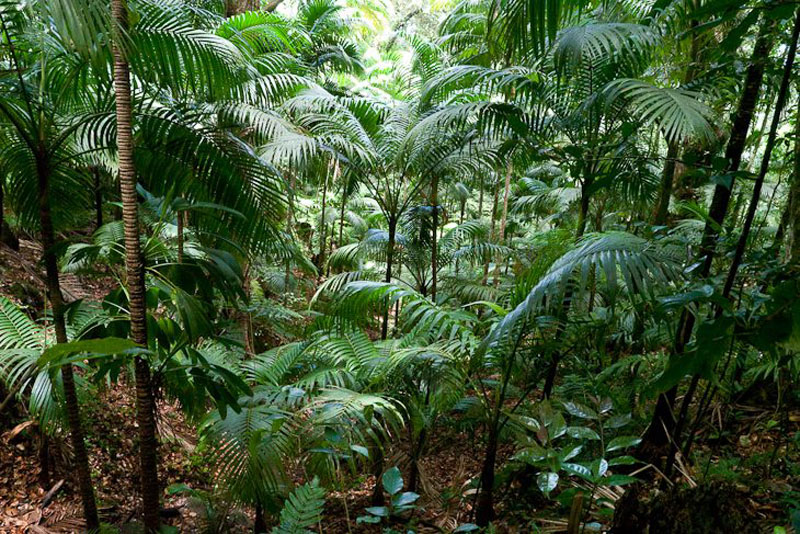 It wasn’t always so serene on this island, however.

Back in the 1600’s thousands of Carib Indians were massacred by the French and English who combined their efforts to defeat an uprising from native islanders.

The few survivors either fled the island for safer grounds or ran to higher ground and committed suicide by jumping into the volcano’s deep crater. 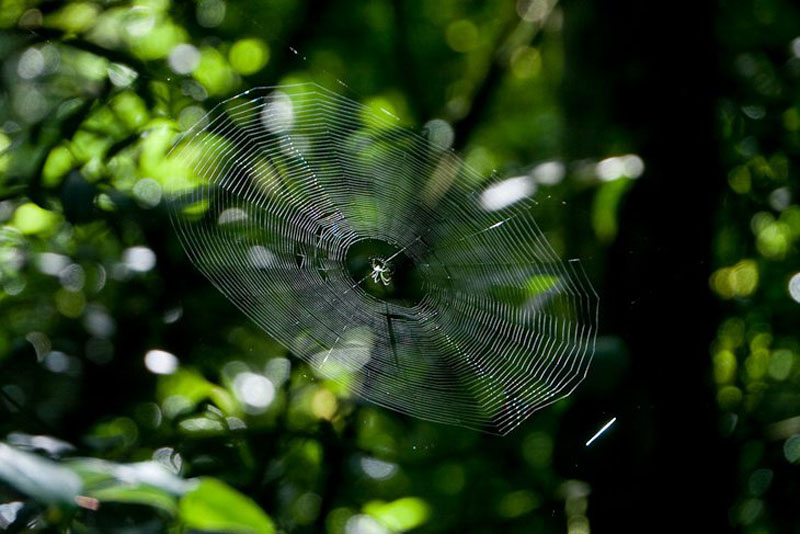 It was, for this reason, the English renamed it Mount Misery.

Centuries later, peace and stability have returned to St. Kitts and the mountain now bears its original name. Mount Liaguima. 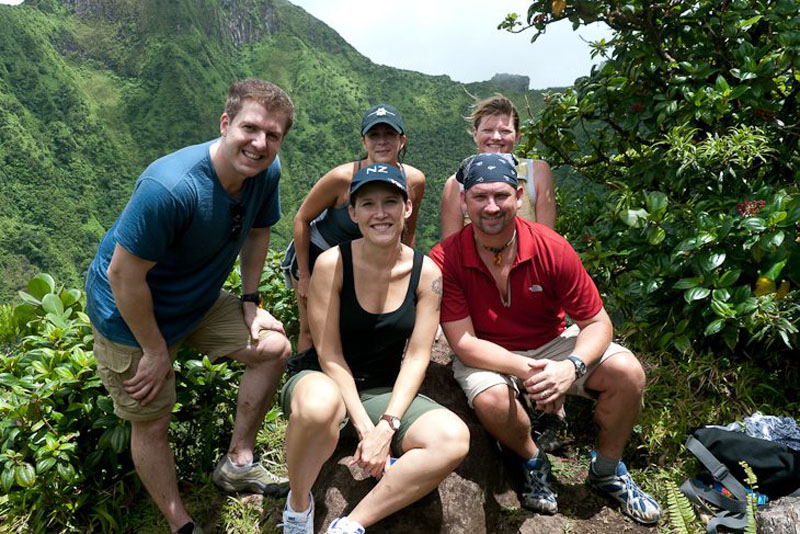 Loaded with our packed lunch courtesy of the Marriott, we started the climb following our trusty guide Dion.

He filled our heads with facts and information. We learned of about mountains history and the environment while being entertained us with his fun sense of humour and hearty laugh.

Every plant and tree has a purpose and use.  From lighting the sap from a tree to use as a torch to trapping fresh water in the Viper tree to drink. 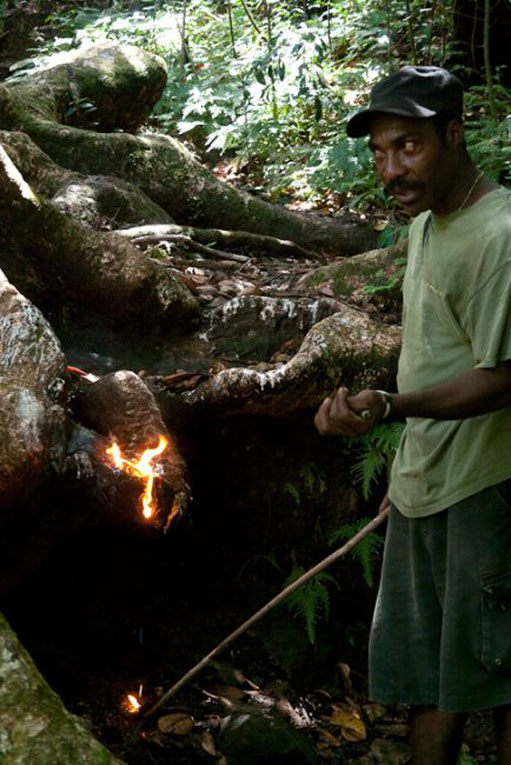 The Wonder of the Rainforest

You really can find everything that you need in the rainforest.

There are trees that make canoes, trees that are used for foundations of houses, trees that won’t burn because their sap continuously flows putting out the fire and trees that supply valuable leaves to be used as medicine.

Dion had extensive knowledge of the use of every plant.

As far as guides go that we have used, Dion was among the best! 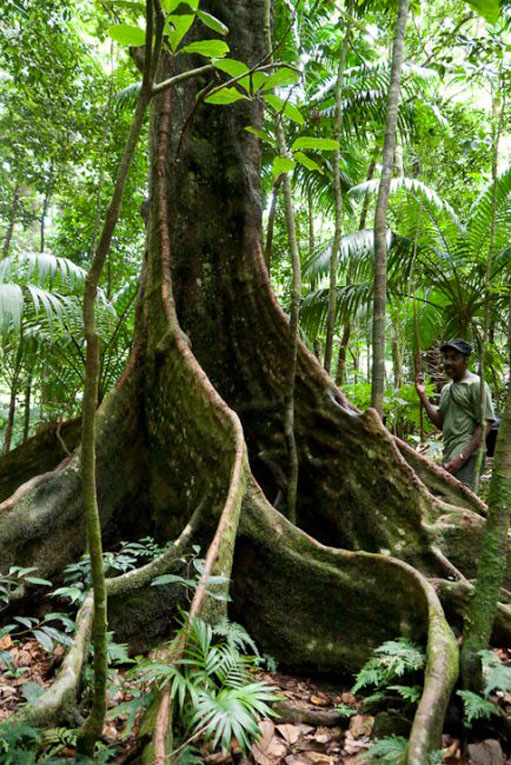 It wasn’t only an educational hike, it was a rigorous climb. 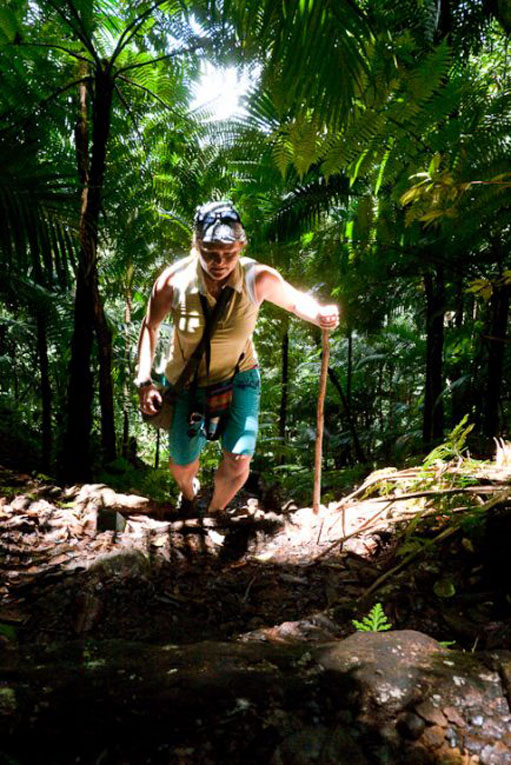 Mount Liaguima is a steep trail through the jungle where we climb over roots, fallen logs, giant boulders and slippery trails.  It is a true and authentic rainforest hike.

The trails are narrow and unkept and the jungle surrounds you every step of the way. We were surprised just how tough this climb was.

Nearer to the top, you need to scramble over large rocks making sure to hold on to solid roots or at places even attached ropes.

It is a fun climb for experienced hikers, but it could be too much for people that have never ventured out into the jungle before. Dion said that many people decide to turn back at the half way point.

Remember, this is a tropical island, people don’t come here normally to hike volcanos and if they are not used to the outdoors, they may find it to be a bit much.

But for the regular hiker, this is not a scary or demanding climb. It is simply a lot of fun taking part in an amazing 5 hour hike.

We made it to the top in time for the clouds to part and show us a clear view of Devils Tooth. The tallest point on the crater.  \

You need to snap your pictures quickly as the clouds continuously roll in and out engulfing the peak in a white haze. 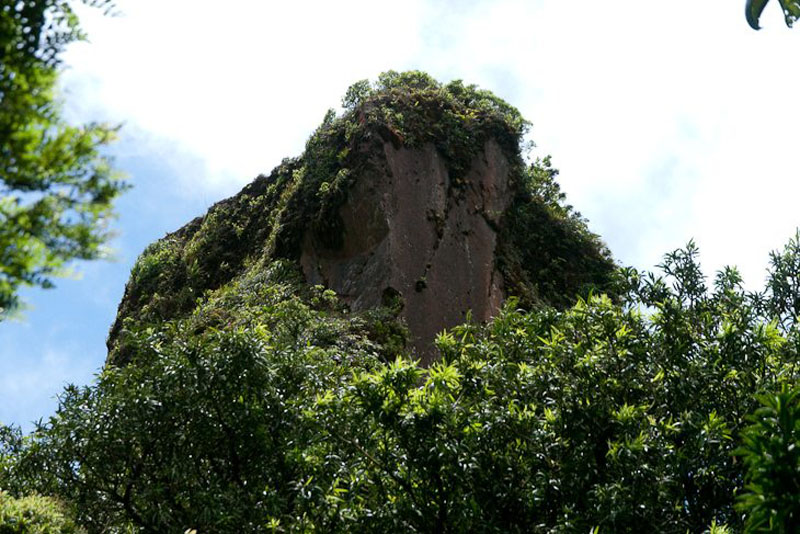 After spending some time taking in the glorious view, we set off for another scramble up some rocks to enjoy our snacks and take a much needed rest before the climb down.

Perched on the side of Devil’s Tooth, we sat on rocks and took in the jungle views.

It was a perfect day. The humidity was low, the weather was warm and the sun was shining.

We couldn’t have been luckier during our hike up to the crater of Mount Liamuiga. If you ever find yourself in The West Indies at the Eastern end of the Caribbean, make sure to take a trip over to St. Kitts and Nevis and give this wonderful hike a try.

You won’t be disappointed.

Things to do in Malta – Away from the Beach