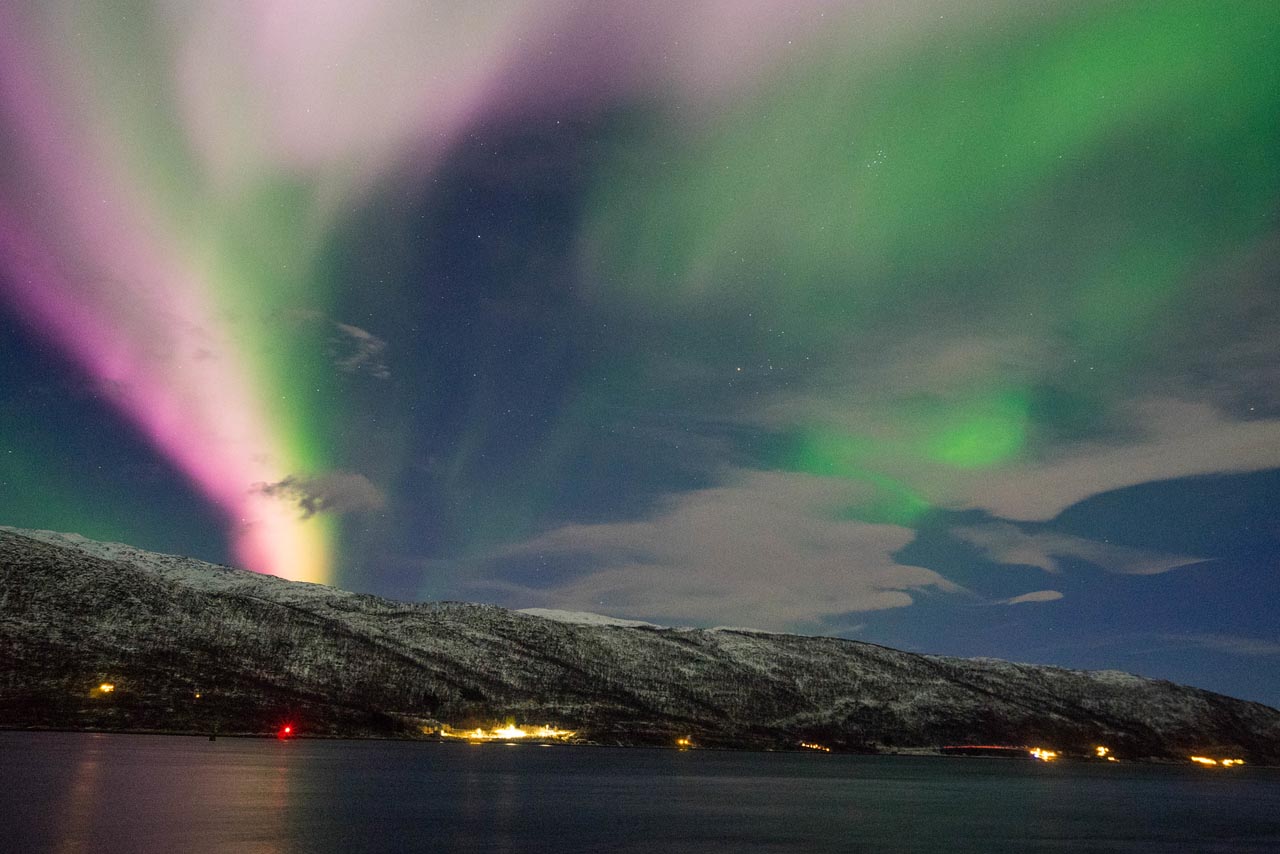 Looking for the best things to do in Tromso, Norway?

Kay Rodriguez shares the best activities she had when visiting Tromso in winter.

Some have coined Tromso, Norway the “Paris of the North,” but I have to disagree.

For the intrepid, outdoor-loving traveler, it's basically heaven.

One of the other main draws of Tromso is its accessibility – an easy, comfortable direct flight from Norway's capital, Oslo.

Situated in the Arctic Circle in the northern part of Norway, stepping off the plane here in the winter is like entering into Narnia.

Things to see in Tromso in Winter

Needless to say, Tromso is truly a winter wonderland that will ignite the wanderlust and imagination in any adventure traveler.

Have I convinced you yet? Good.

Now, to help you plan your trip, I've compiled a list of the most thrilling, epic winter activities in Tromso.

There's no feeling that comes close to the one that accompanies seeing the aurora borealis for the first time.

Luckily, Tromso is one of the best places in the world to see the northern lights.

When I was there, I had the unexpected surprise of getting to see the aurora borealis four nights in a row!

Seeing the northern lights in Tromso is most easily done with a guided tour.

Within the city, there are dozens of tour operators that offer northern lights tours of all sizes, from pricey individual tours to more affordable group tours.

Since I tend to be on the budget side of the travel spectrum, I went with Chasing Lights on their Big Bus Tour.

It didn't disappoint. Our guides were professional and courteous, and they even brought camera gear to take photos of guests with the lights in the background.

While the tours aren't cheap, going on a big bus tour definitely helped me cut down my costs.

However, if you prefer more flexibility while chasing the lights, you can opt for a private tour as well.

One of the most fun and thrilling activities for adventure travelers in Tromso is a day of dog sledding.

In many areas around Tromso, tour operators offer travelers the chance to learn how to ride.

Yep, that means you can hop on a dog sled with a bunch of happy huskies and ride around in the snow like an Iditarod musher.

In the winter, there's very little sunlight in Tromso, so instead of going out during the dusky hours of the day, you can also opt to take a dogsledding tour at night.

If you do this, there's a chance you may see the northern lights during your trip – a real two-for-one experience!

It gets really cold in Tromso, even during the day, so if you're planning on doing a dog sledding tour, be sure you choose a provider that includes warm clothes.

They're slightly more expensive than ones without, but your body will thank you.

3. Learn how to snowshoe

In addition to dog sledding, Tromso offers amazing opportunities to learn how to snowshoe.

Located in the middle of a fjord, Tromso's countryside boasts incredible views and unique lighting conditions, as the sun only comes up for a few hours each day.

Most tour operators in Tromso welcome beginners and will teach you everything you need to know before you strap on your snowshoes and get moving.

Again, it's extremely cold in Tromso, so be sure to choose a tour operator who provides extra warm clothes and boots.

If you love learning about unique cultures and ethnic groups, a day at a Sami reindeer farm is right up your alley.

If you don't know who the Samis are, they're reindeer herders from some of the coldest and northernmost parts of the world.

In Tromso, the Sami farms offer a glimpse into the history and modern-day activities of the Sami people from Norway's Lapland region.

To organize my Sami reindeer experience, I went with a company called Tromso Lapland.

Our guide not only introduced us to his family's reindeer, but also gave us some traditional food, told us about all of the long-standing Sami traditions, and even sang us a traditional Sami song, called a “joik.”

Are you an adrenaline junkie looking for the perfect place to get your blood pumping? Then Tromso's ski trails are for you!

Tromso offers both downhill and cross-country skiing for a variety of skill levels, and there's no better time to go than in the winter when everything is covered in snow.

If you don't have gear for skiing, Tromso Outdoor offers rentals for everything you might need, from skis to boots to clothing and more.

6. Jump on a snowmobile

What better way to explore the vast fjords and stunning peaks of the Tromso area than by snowmobile?

Umm, probably nothing. Lucky for you, Tromso offers tons of snowmobile routes that anyone can tackle!

There are several companies in Tromso that offer “snowmobile safaris” which, aside from sounding awesome, enable visitors to explore the Tromso outskirts and get some fresh air during the polar night.

You can also explore Tromso by night on a snowmobile which, like dog sledding, gives you a chance to catch the northern lights, too!

If you're looking for a low-key yet still thrilling adventure, you can take to the high seas with a boat ride to see some of Norway's most majestic wildlife, including humpback whales and killer whales.

Sit back, relax, and if you're lucky, you'll catch a glimpse of whales and other marine life as they come up for air.

Winter is one of the best times to see whales off the shores of Tromso, and several companies offer whale watching tours in the Tromso area.

Most whale watching trips happen during the daytime and last several (from 4 up to 8+) hours.

There are many regulations in place to help protect these magnificent beings, which your tour operator will share with you at the start of your ride.

After all of these adventure activities, you'll probably want to rest those muscles that are tired from dog sledding, snowshoeing, and skiing.

On the Vulkana spa and adventure boat, you can do exactly that.

A hot tub and sauna onboard enable guests to enjoy striking views around Tromso's fjords while relaxing in a serene spa atmosphere.

But the catch? You also have a chance to take the polar plunge.

The polar plunge is exactly what it sounds like – you jump into the freezing sea. Sometimes the water is as cold as 1 or 2 degrees Celsius.

Once you jump from the side of the boat into the frigid waters, you can safely resume your relaxation in the comfort and warmth of the Vulkana's sauna and hot tub.

How to Get to Tromso

Since Norway is a large country and icy conditions make driving extremely difficult, the best way to get to Tromso is by flying.

Tromso has a sizeable airport and receives dozens of flights per day from all over Norway.

The easiest way to get to Tromso from international destinations is to fly into Oslo International Airport (OSL), then take another domestic flight to Tromso (TOS).

Some popular airlines that fly to Tromso include SAS and Norwegian Airlines.

Where to Stay in Tromso – Accommodation

Budget: For travelers on a strict budget, Tromso can be really pricey. However, the Tromso Activities Hostel offers budget dorm beds in a fairly central location.

They can help organize budget-friendly tours for backpacker budgets as well.

Mid-Range: If I could have, I would have chosen to stay at Tromso Bed & Books.

It's a cute, charming inn that has what looks like the most adorable rooms ever, and at a reasonable price for the area.

Splurge: While there aren't really any over-the-top lavish hotels in Tromso, the Clarion Hotel The Edge comes pretty close.

It's centrally located, beautifully maintained, and has comfortable, spacious rooms with stunning views. 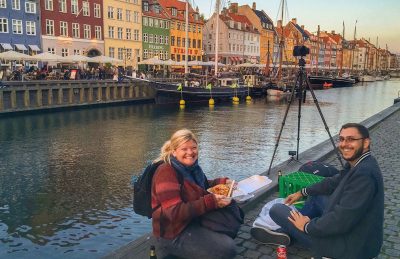 Why Can't the World be More Like Scandinavia? Breaking Down What's Good in the World 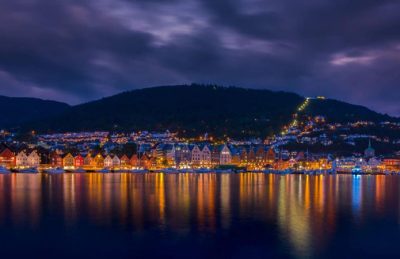 14 Things do in Bergen, Norway 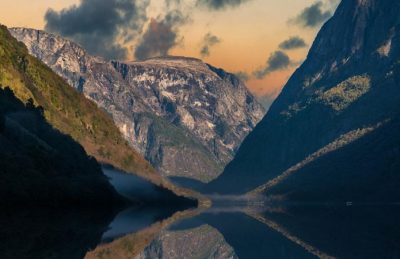 Norway in a Nutshell – Scenic Train Rides to Fantastic Fjords 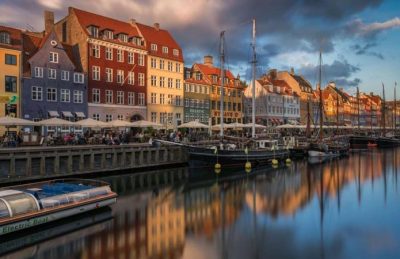 Why a Guided Tour is Right for Scandinavia

Kay Rodriguez is the explorer-in-chief behind Jetfarer and USA Weekend Guide. When she's not furiously writing travel articles on her computer, you can find her climbing all kinds of stationary objects to snap the perfect photo or sipping on a chai latte in a quiet cafe somewhere.