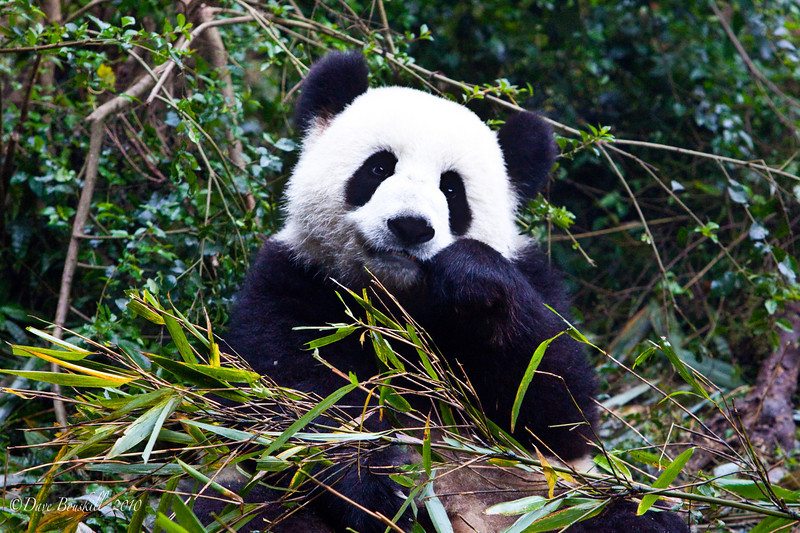 China is a country filled with unexpected surprises. To truly visit China you would need a lifetime, but here’s a list of what we loved and what we think were the best things to do in China.

Note: This is a list of experiences in China that we have done. Not a Google searched generic list. We have tested them all and can confidently recommend these China Attractions.

Best Things to do in China

The Hong Kong and Shanghai Skylines blew us away, the culture was fascinating and the scenery was spectacular.

It may seem the obvious choice, but there is a reason that everyone who visits China goes to see the Great Wall. It is the number choice for things to do in China!

We recommend going to the Mutianyu Great Wall section over the Badaling Section.

Badaling may be the more popular section as it is closer to Beijing, but the Mutianyu section is far less crowded.

As a matter a fact, when we were there we barely saw another tourist.

Tip: A great time to visit is in December, there aren’t many tourists and the sky is crisp and clear. You can get to the Great Wall via public transportation from Beijing. For more information on the Great Wall, visit our post The Great Wall of China

It is a fascinating tour to walk through the Forbidden City in Beijing. It housed the Emperors and their families for 500 years before the fall of the Qing Dynasty.

In the past, no commoner was ever allowed to step foot in the Forbidden City, but today it welcomes millions of tourists each year.

Visiting the Forbidden City is one of the top things to do in China for everyone.

Just tell your guide to speed things along. They tend to keep you there for hours.

While in Beijing, a visit to the Forbidden City is a must. You can see Tiananman Square, Chairman Mao’s Tomb all at the same time.

Beijing is a trip unto itself in China, See our post – 11 of the Very Best Things to do in Beijing

After the Great Wall, the Terracotta Warriors is the most famous attraction in China and you can’t leave the country without seeing it.

Located near the city of Xian, it is a spectacle that must be seen. Thousands of life-size clay warriors stand guard at this site that was only discovered in 1974.

The Emperor’s tomb has yet to be excavated but there is plenty to see as you walk the grounds of this amazing archeological site.

While you are visiting the Terracotta Warriors, it’s worth sticking around the ancient city of Xi’an.

It has the most intact wall in all of China and a great activity is to rent a bicycle to navigate around the top of the wall circling the entire old city.

Once you are done your cycling, you can visit the Muslim Quarter and enjoy some delicious dumplings.

A lot of people don’t think of hanging around Xi’an but trust me, it will be one of your favourite things to do in China.

There isn’t a more traditional Chinese moment than taking a bamboo raft down the Li River.

Surrounded by beautiful karst formations of Yangshuo, you drift through the mist and take in the scenery as fisherman fish as they have for thousands of years.

Get up early to avoid the crowds and capture photos in the best light.

The Yangzi River may have been flooded a few years ago, but the Three Gorges is still a trip worth taking.

The Three Gorges Dam was the largest hydro-electric project in the world and was meant to power 10% of China.

Since China is growing so rapidly the project only ended up powering 3% of the population, but it is an amazing site to see.

The cruise is relaxing and the scenery is gorgeous.

7. Shanghai Skyline from the Bund

China is filled with Spectacular cities like Beijing and Hong Kong. But no skyline on earth is quite as spectacular as Shanghai.

Walking along the bund makes for a wonderful stroll and there is nothing like seeing the new city across the river.

Can you believe it only took them 20 Years to build that skyline?

Our guide told us that when she was growing up, all that was farmland and people used to dream of crossing the water to be a part of Beijing.

Look at it now! No farmers anymore methinks!

8. Have a Hot Pot in Sichuan Province

A Hot Pot in Sichuan Province is the most exciting meal you will ever have.

Huajiao peppers from the region are so hot they make your tongue go numb. It’s not a hot that burns as much as a hot that excites the senses.

Do yourself a favour, when you are in China, make sure to eat a hot pot in Sichuan Province.

9. Visit the Giant Pandas of Chengdu

When you think of China, it’s nearly impossible not to picture the Giant Panda.

Pandas are so cute, you would swear that there is a man inside a bear suit pretending to be a wild animal.

Sadly, the Panda is gravely endangered, but the Panda Research Base in Chengdu is doing it’s best to raise them in this breeding facility.

They are working hard to keep the official face of China alive and well for years to come.

10. Spend Time in a Local Park

The best way to get to know the locals in China is to hang out at a local park.

The people of China know how to enjoy life and you will see that clearly when you visit a park on a Sunday.

People sing Karaoke, dance, practice tai chi, strutt the runway and so much more. Believe us, you won’t be disappointed if you hang out at a local park.

West Lake is the romance capital of China and most Chinese spend their honeymoons right here.

There is a beautiful legend about ill-fated love that takes place on the banks of West Lake. Read all about it at A Romantic Stroll on Hangzou West Lake.

12. Visit the Gardens of Suzhou

Suzhou is located just west of Shanghai in the Jiangsu Province just an hour’s ride on the bullet train from Shanghai.

It is not only a city of gardens but also a city of rivers and canals. This is why it is also referred to as the “Venice of the Orient”.

The city has earned a worldwide reputation for its classical gardens, most of which were built for private use by aristocrats and wealthy businessmen as far back as the Sixth Century BC.

Many of these delicate classical gardens were built between the 14th and 20th centuries during the time of the Ming and Qing dynasties, and about 10 of them are still in good condition.

The largest of the gardens is the Humble Administrator’s Garden (Zhuo Zheng Yuan), which occupies four hectares.

It was built during the Ming Dynasty in 1522.

This new cultural park is an impressive place to visit.

There a nine-story Pagoda, the futuristic Usnisa Temple, a monastery and a large meditation hall and a giant sleeping Buddha.

But the most astonishing is the hall of 1,000 Buddhas in the Usnisa Temple spanning three stories in the middle of the mountain.

Tiger Leaping Gorge is located in Yunnan Province and is one of the deepest gorges on earth.

The path takes you high above the Yangtze River along the Jinsha River (A tributary of the Yangtze) where you can trek anywhere from a couple of hours to several days.

Visitors can choose to hike the low trail or the high trail for spectacular views.

15. Walk along the Longest City Wall

We all know of the Great Wall of China and we now have heard of the oldest city wall, but China also has the longest city wall in the world.

The Nanjing city wall is a 35 kilometers (22miles) long wall that is the most well-preserved in all of China. Take a walk along it and while you are at it, learn calligraphy or take part in a tea ceremony.

Hong Kong is China’s most exciting city and we love spending time there.

There are so many things to do in the city as well as the surrounding islands and parks.

If you visit China, be sure to put a few days at the end of your trip to really explore it.

Tea is an important part of Chinese tradition and to learn how to drink tea properly is a must.

You can book a tea ceremony anywhere in China. Hotels and guest houses often offer them and many museums and cultural centres do too.

You will never look at tea the same way again.

Haven’t you always wanted to feel the serenity of what it is like to sit and draw beautiful calligraphy symbols.

Take a class to get a real appreciation of calligraphy. It is a lot harder than it looks and truly makes you appreciate the art.

Great calligraphy in China can sell for tens of thousands of dollars.

Sure, you’ve had hot cupping at your local spa, but you haven’t experienced it until you’ve been hot cupping in Yangshou.

Don’t go for the new swanky spas of China, look for Dr Li and the traditional experience. It’s one you’ll be able to instagram to death and definitely write home about.

Tong Li Water City is one of the most beautiful places to visit in China. Located just one hour from Suzhou, Tongli is one of six ancient towns south of the Yangtze River.

It can even be reached by Shanghai public transit. It makes for a great day trip from Shanghai and is a very picturesque village known as the Venice of the East due to its beautiful canals.

Map of things to do in China

Enjoy this post on the very best things to do in China. Save it to Pinterest for Future reference.

Have you been to China? What do you think are the best things to do in China? We’ve heard Tiger Leaping Gorges is amazing, but have yet to be there. That’s ok though, we loved China so much, we’ be sure to go back!