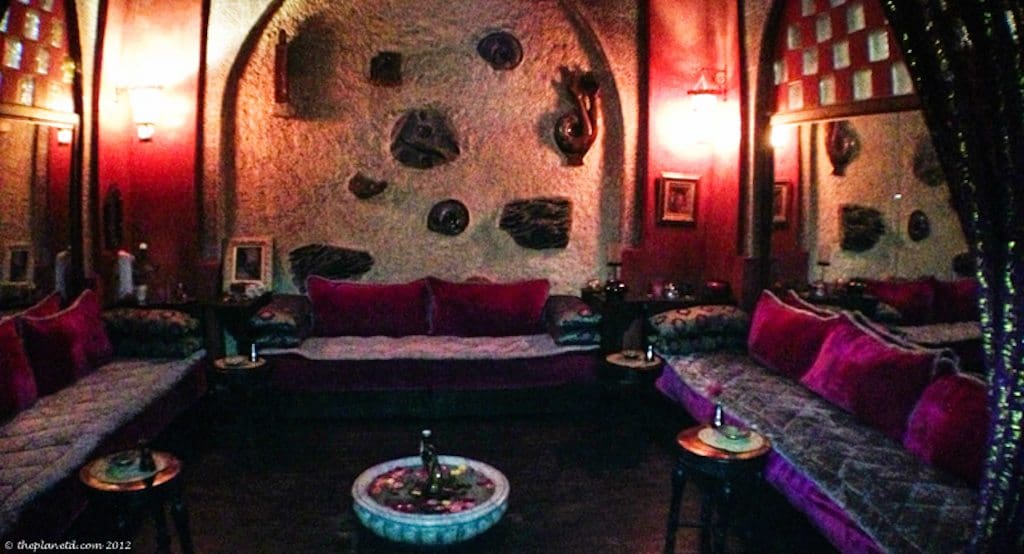 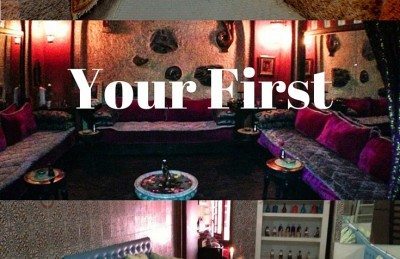 While traveling in Morocco we went on a walking tour of the Medina (the old city) in Marrakech. When walking by a hammam, the owner invited us in to check out his spa.

He seemed like a nice guy, so we went in for a look, and it was very nice. So we went back the next day and booked our very first Hammam experience ever.

Once we got inside, we had second thoughts. What were we thinking? We didn’t even know what a hammam was? And we definitely had no clue what the etiquette is at one of these things?

Going to any old Hammam on the street in Morocco isn’t an easy experience. It’s not like a luxury hotel or spa in North America where you can ask questions and they walk you through with kid gloves. It’s not like a five-star hotel in the Middle East where everything is meticulous.

Instead, you are on your own to figure it out. But we are here to keep you from making the same mistakes that we did.

Follow these tips and you’ll be ready to duck into an authentic Hammam in Morocco.

What is a Hammam?

A Hammam is a hot steam bath followed by a massage. Sounds simple enough doesn’t it? Well, there’s a little more to it than that.

A Moroccan massage is very similar to a Turkish bath experience. You are bent, prodded, and scraped from head to toe. You are engulfed in steam and at times you are very confused.

In other places, hammams are more relaxed and softer, but a Morrocan hammam is all business with a very rigorous massage and even more rigorous bathing.

Our Hammam Massage in Marrakech

Dave and I were each led into separate rooms to begin our 90-minute hammam experience.

Dave went to the men’s part of the building and I was sent to the women’s. Hammams are not co-ed.

I followed a petite woman who spoke little English to a change room where I was given disposable underwear, a towel, a robe, and some rubber slippers.

She sat me down in a booth and left. For a very long time.

Waiting for my Hammam

I didn’t know if I was to follow after I changed or not.

As the confusion set in on my face, a friendly group of women from Malaysia (who had just finished their hammam) told me what to do.

“No time to be shy in here.” They said with a smile.

“Strip down, sit down and wait. Oh and don’t put on that robe, that’s for later.”

So I sat naked (save for my disposable black underwear and rubber shoes) in my cubicle and waited.

Separate Hammam for Men and Women

Dave followed a guy into another room where he was given a loin cloth.

He indicated that Dave should strip down while he stood and watched and then proceeded to put the loincloth on for him.

If that wasn’t awkward enough, the door to reception was open the entire time!

But, in a couple of minutes, he was wrapped up and ready to go.

Dave was sent through a door where he was greeted by a wall of steam. It was here that he did his own waiting for his next instructions.

Note: “No cameras allowed in Hammam, naked people inside“

After a while of sitting alone in my cubicle (the Malaysian women had long gone) a woman came in and took my hand.

She led me to a stool and sat me down where I was given a bath.

Scorching hot water was poured over my head as she washed my hair and body. I winced and sighed, but she didn’t seem to care or take any notice.

After my grime was washed away, (but it seemed that a lot of soap was still sticking to my skin) I was taken by the hand by another woman who led me to the steam room.

She pointed to a corner where I was to sit, and it was here that I stayed until my next order was given.

Dave had a similar experience of standing awkwardly while he waited, but instead of a cubicle, it was in a steamy room full of massage tables.

He stood half-naked in his loin-cloth with a stunned look on his face before he was saved and finally lead to his own steam room.

Traditional Hammams Start with a Bath

It turns out that Dave had to clean himself instead of being bathed like me.

He was handed some black soap and motioned to rub it all over his body.

Dave obeyed and covered himself in black soap thinking someone would be back. But they never came.

He sat in the steam for another 10 minutes or so as the soap seeped into his pores.

“Was I supposed to do this?“ he wondered. Can anybody tell me what’s going on?

Back to Deb’s Hammam

In the meantime after sitting in the steam for what felt like forever during my hammam,  I finally let my mind and muscles relax.

I was feeling pretty good. When I saw a faint shadow enter the room of steam, I knew that it was time to go.

Body Exfoliation is Part of the Massage

I was led out by my hand and was laid down on a marble slab in another hot room where my body was exfoliated.

When I say exfoliated, that’s an understatement. It’s more like having your skin peeled off with sandpaper.

At one point I was sure that there was a trickle of blood pouring down my leg as she rubbed up and down my calf.

But I had it better than Dave in my Hammam

I didn’t have it half as bad as Dave’s hammam.

When they finally came to get him, he was lead in his loincloth, to a plastic massage table where he was sanded and scrubbed and slapped around in like a wet fish until there wasn’t a scale left on his body.

The male masseurs are tougher on the guys.

Dave’s skin was stinging as they constantly poured hot water over his body.

He was alarmed when he opened his eyes and saw his skin peeling away. Could there be that many layers coming off or is it just the soap?

It’s better to close your eyes and pretend you didn’t see anything.

Soon enough, you’ll be sitting pretty and enjoying the moment you’ve been waiting for. The Massage.

The Strange Moroccan Massage in the Hammam

I was still walking around half-naked with nothing but my disposable underwear and rubber shoes and Dave was still wrapped up in his loincloth but things were winding down.

It was time to get our aching muscles worked on. It was the moment I was looking forward to. My very first Moroccan massage.

I was led to yet another room where I was placed on a massage table made of slippery plastic.

I had a half-hour massage that was on one hand very relaxing and on the other quite uncomfortable.

The woman kept massaging my breasts.

It seemed that with each pass of whichever body part she was massaging, she always made her way to my boobs.

“Is she supposed to massage my breasts?“

All I could think was “That’s funny, I didn’t think that my boobies held a lot of tension.” But I just laid there and went with it.

I was expecting a much rougher experience, but it was more like a light rub down.

I grew frustrated because I really wanted my shoulders and back kneaded out, but it never happened.

Instead, she just kept lightly stroking and carassing my body. After the vigorous wash, I was expecting a deep tissue massage.

I was so jealous when I talked to Dave and he told me that his massage was a killer.

He was bent and pulled every which way in positions he didn’t even know his body was capable of.

He came out a good 15 minutes later than me with a big grin on his face saying his favorite phrase when he loves something “That Was Awesome!“

The awkward moments, the hot steam, and the painful soap of the hammam paid off for Dave.

His muscles were loose, his mind was relaxed and he had an experience that he’d never forget. And maybe never try again. But when you go to Morocco, you’d be crazy not to go to a hammam.

What is a Hammam?

A hammam is a spa experience that starts in a steam room followed by an exfoliating bath and a Turkish massage.

What do you wear to a Hammam?

When visiting a hammam, you strip naked. Hammams supply a small towel (or in our case, a loin cloth for Dave and plastic underwear for Deb) to wrap yourself in.

Do you tip at a Hammam?

Yes, you tip at a hammam. Expect to tip 10-20 percent of what you paid for the massage.

The name of the Hammam in Marrakech that we stumbled across as we wove through the Medina was Hammam Ziani and you can find out how to get there and experience your own hammam.

Check out our more spa tips 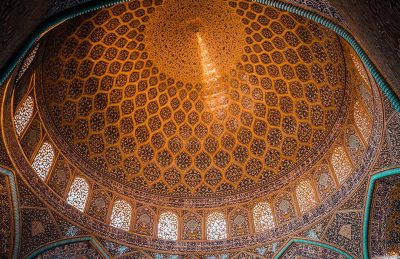 14 Beautiful and Historic Places to Visit in Iran