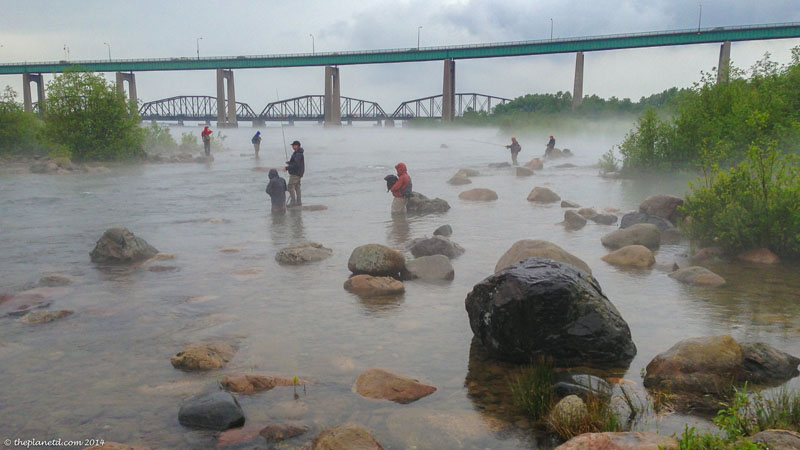 We met on an early morning of a very rainy day in Sault Ste Marie, Ontario. It was a guest appearance on the TV show the New Fly Fisher that brought us here. We are going fly fishing in Northern Ontario!

Dave and I have been on a few news programs and talk shows, but this is our first appearance in full-length episodic TV.

Needless to say, we were very excited and nervous considering we knew nothing about fly fishing.

Our guide for the day was celebrity Fly Fisherman Bill Spicer.

We knew we were in good company when every fisherman on the river came over to shake his hand or take a photo with this famous angler.

He was so humble, that we had no idea we were fishing with Fly Fishing royalty!

Dave and I have never been big on fishing, but being ‘good old Canadians', we fished as kids.

Our adult years took us away from the lakes and rivers of Ontario and we've really not thought about picking up a rod again.

But all that changed when the idea of fly fishing came up.

When asked if we would like to try fly fishing, we thought it might be fun to give it a try.

Regular rod and reel fishing wasn't exactly our thing, but fly fishing? That was something we could get behind.

It always looks so romantic in movies and on TV.

Who didn't fall in love with Brad Pitt when while watching A River Runs Through It?

Ernest Hemingway once said, “The best rainbow trout fishing in the world is in the rapids of the Canadian Soo.”

If it's good enough for Hemingway, it was a great place for us to start!

It's the rapids of the St. Mary's River that make for ideal conditions.

Sault Ste. Marie is one of the best place to fly fish for pacific salmon and steelhead trout in the world.

Outfitted with our fly rods, hip waders, and boots supplied by the Soo North Fly Shop in Ste Maries, we were ready for any weather conditions.

And lucky we were!

We were heading out to the St. Mary's River that divides the twin cities of Sault Ste Marie in both Canada and the United States.

There are some excellent rapids at the mouth of the river making for perfect conditions to catch Steelhead fish.

St Mary's River attracts fly fishermen and anglers from all around for an astounding 10 months of the year.

Early Spring and Summer are popular times for the salmon run and Bill tells us that this place is packed at that time of year.

Ernest Hemingway wrote, “The best rainbow trout fishing in the world is in the rapids of the Canadian Soo.”

After a walk along the forested path and a precarious crossing of a rocky creek, we were surprised to see the number of people standing in the river fishing.

Men and boys of all ages were out on the water working on creating the perfect cast.

Oddly enough I was the only female on the river.

Fly fishing is nuanced and graceful.

Watching people cast their rods over and over again as they place it in the exact spot where fish are swimming is mesmerizing.

When fly fishing, your first instinct is to flick your wrist and arms with all your might.

That only ends up making the line go in all the wrong directions.

Once Bill showed us a few moves, we started to get the hang of it.

Patience is key when fly fishing.

The casting is so different from traditional fishing.

You have to wait for the fly to get all the way behind you before you bring your arm forward.

It's not about strength, it's about finesse and timing.

Something we loved hearing is that when fly fishing, most of the fish are catch and release.

On this day, everyone who caught fish around us took a photo of it and sent it back into the water on its merry way.

Bill showed explained that the hooks we were using had flattened barbs so that it would be easier to free the fish from the hook once it was caught.

He also explained that you are better off to cut the line if a fish swallows a hook than to work it out.

The fly is only a few dollars and the fish will survive.

I always thought it was a myth that the stomach acids of a fish would dissolve the hook, but he assured us that it would.

I felt so much better.

Not that we had to worry about our fish swallowing a hook today.

Each hook was taken out with speed and skill by Bill and his fellow fly fishing buddies.

Soo North Fly Fishing in Sault Ste Marie is a gear and guiding company based downtown.

They lead half and full-day guided fly fishing tours on the St Mary's Rapids and they offer overnight fishing trips as well.

The guys from the shop had been out since 5:00 am saving a spot for us. So it is well worth hiring them for a day on the river.

When I thanked the owner Brad, for coming out so early he said: “This isn't work, I get to come out here and fish all morning, I love it!”

We arrived at a little after 9:00 am and took over their positions for our training.

So they had a good four hours of fun before we joined the festivities.

How Difficult is Fly Fishing

Fly fishing was a lot more difficult than I expected.

I used to think that they did the motion of flicking the line back and forth to attract the fish on the top of the water, but it's actually about getting the line out to where you want it.

Each time you cast you aim for a position in the river with the hopes of having it land directly in front of the fish's mouth.

And each time you cast more line feeds out until you choose to let it land in the water.

The reel is secondary.

Surprisingly you don't really use the reel much.

You feed the line out with your hands and even when you set the hook once a fish bites, it's about the using tension in your hands rather than reeling it in.

Fly Fishing is about Perfecting Motion

When it comes to fly fishing you are much more of a participant than regular rod and reel fishing.

What we never liked about traditional fishing was the monotony of it all.

You just sit there and wait for a fish to bite.

With fly fishing, you can constantly work on improving your cast and creating a graceful motion.

It is the fun and challenge of working on perfecting your motion.

Once you have your technique perfected, you can precisely cast into the right spot.

Something we loved about learning how to fly fish from Bill is that he never said one way was the right way.

He explained to us that everybody's cast is different.

In the end, the results are meant to be the same.

Whether you cast from the side, or straight up in the air, the line will make it to the spot you want in the position you want.

It's about perfecting your own style.

When you get in the rhythm of casting and placing the line, you nearly go into a trance.

We went into a calm relaxing state as we set our cast in the water over and over again.

But when a fish catches hold, it immediately it takes you by surprise and the adrenaline starts pumping through your veins.

Our guides and teachers, Bill and Brad talked us through reeling our fish in.

If we didn't have them helping us out, we'd lose the fish for sure.

That's when we discovered that it's not only casting that takes a lot of skill, but reeling the fish in as well.

If you pull too hard you'll break the line, if you don't pull fast enough, the fish will let go.

If you don't set your hook, the fish will simply take a nibble and swim away.

It's amazing how you need to find a balance of knowing when to let the fish swim away and when to reel it in.

A right way to release fish

Once we got our fish in, my hands were shaking for a good half hour after the fight.

It was a huge high and I couldn't believe how much excitement I felt. Especially because I was allowed to let the fish go.

How to properly release fish

After taking a photo, we released the fish. Mine was frisky and still had a lot of energy so we had to be careful.

These are the steps to take to release a fish safely.

It was amazing to see how the fish sat quietly in Dave's hands for quite some time.

I was worried it was never going to revive, but without warning, it came to its senses and leaped away into the water.

It was amazing to see it wake up suddenly and hightail it out of here.

Fly fishermen are concerned about conservation and are careful to place them back in the water when they are done with them.

That's pretty cool in our opinion and when it comes to fishing…if we ever do it again, you can be sure it will be fly fishing.

Time Flies When You're Having Fun

Time flew by while we were out on the river.

The rain was pouring and the water flowing from Lake Superior was freezing.

Even though we had wool socks, booties and big hiking boots, both our toes went numb.

We stayed in that river for hours. Fishermen are a different breed than the rest of the world.

From morning to night, we stood in the water fishing.

Snack time, lunchtime and coffee breaks went by without us.

We fasted and held our bladders until the end of the day.

Fly fishermen don't notice time and we can understand why. 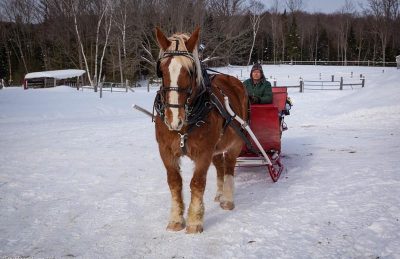 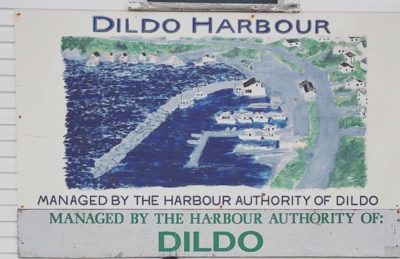 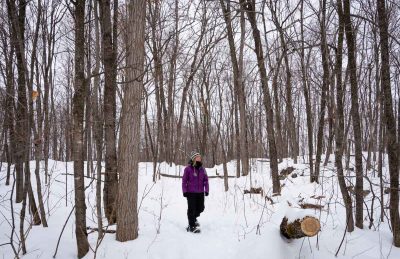 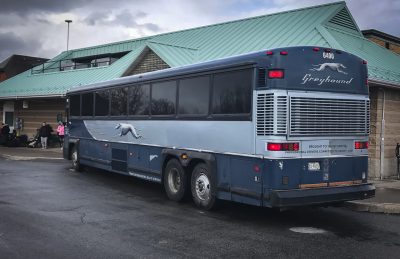 Toronto to Niagara Falls by Bus -It's Easy with Busbud

Fly in Lodges of Ontario – A Northern Rite of Passage