Clava Cairns, Scotland: Stone Circles and a Mysterious Portal into the Past 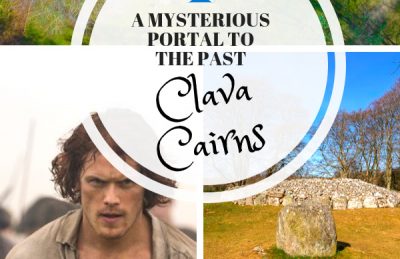 Only six miles east of Inverness and 1.5 Miles (2.4km) away from Culloden Battlefield lies a site that is both beautiful and mysterious. Clava Cairns is a significant collection of standings stones and stone circles that was once used as a gravesite in Scotland.

To this day their origin and history remain to be fully understood.

Located in a leafy field in the deep Scottish highlands, Clava Cairns channels the aura of an extra-spiritual Stonehenge.

When the light from the setting sun illuminates the perfectly-aligned stones, it is not difficult at all to envision the site as a portal into another time.

What is Clava Cairns all about?

Clava Cairns is comprised of a well-preserved group of prehistoric burial cairns (mounds of rough stones typically built as a memorial or landmark) that were built about 4,000 years ago.

Being a Bronze Age cemetery, the site includes a variety of passage graves, eerie stone circles that encompass the graves, large standing stones, and the remains of a chapel—all in a gorgeous, lush setting amid elm trees and gently rolling hills.

Surprisingly, these cairns are the only ones in mainland Britain that are surrounded by stone circles.

As complex as the site may be, little is still known about Clava Cairns’ origins; over-excavation has damaged the cairns to some degree, and so no one knows who in fact was buried there, nor about the sorts of people who were involved in its construction.

There is, however, evidence that each cairn contained no more than two burials, and that a lot of effort went into constructing the cemetery (which possibly hints at a connection to those of power and wealth).

Whatever the case, Clava Cairns remains a fascinating destination regardless of whether or not you’re interested in archeology; it has a certain aura to it.

Perhaps because its history is still shrouded in mystery—one that begs you to question the lives of Scottish ancestors and to appreciate the almost ethereal beauty of the site.

It’s said that the first row of Cairns was built around 2000 BC, and excavations began in 1828 CE and continued through the 1990s CE.

Those excavations, remarkably, have proven that the site was continuously used for more than a thousand years after its original construction.

Various cairns and monuments were built along the way, including a chapel, whose date of origin remains unknown.

Though stretching back even further through history, there is evidence that the site may have been used for farming long before any of the cairns were even built.

There is speculation that there might have even been a settlement on the site, and material from those homes were quite possibly used to build some of the cairns.

What’s interesting to note is that in spite of all the mystique surrounding the cairns, whoever built them clearly did so with astronomy in mind.

Symbols relating to the sun and moon are depicted on the stones, pointing towards its possible use as an astronomical observatory and a seasonal calendar in addition to a burial ground.

Today, though much of the original remains are visible to visitors, there is yet to arise a definitive understanding of exactly what their use may have been.

What to expect when Visiting Clava Cairns

There are two sections to Clava Cairns—Balnauran of Clava, and Milton of Clava.

Both are fully accessible to visitors.

The main section, Balnauran of Clava, consists of three large burial cairns that are each surrounded by a stone circle.

Two out of the three cairns here have narrow passageways that visitors can enter to access the central burial chamber.

Between these cairns lies a ‘kerb cairn’ (a very small ring of large stones with a filled-in center) with an enclosed central burial chamber.

If you look closely, you’ll be able to see cup and ring markings along the stones here in addition to suns and moons.

The second section of the site is smaller, Milton of Clava, and rests in a field adjacent to the main section.

Milton of Clava consists of a single standing stone, one cairn, and the ruins of a medieval chapel that was built long after the cairns were.

Though there is no guided tour available, there are information boards throughout the site, as well as guides available to answer any questions that visitors might have.

Clava Cairns is free to visit and is easily reached by car. There’s a parking lot at the entrance and that too is free.

Clava Cairns makes for a great pairing with Culloden Battlefield because of their close proximity.

Though Clava definitely has more of light, magical ambiance than the battlefield, so it’s best to leave it for last.

One of the most incredible things about Clava Cairns is the fact that its stones are aligned perfectly with the wintertime setting sun. For this reason, it’s best to visit during winter.

The site also takes on a particularly otherworldly charm at that time of year, too. And of course, a wintertime visit also means fewer tourists.

There’s a lot to enjoy at Clava, and you might be tempted to snag one of the many loose rocks scattered on the ground before you go—but be careful!

Rumor has it that the ‘curse of the cairns’ is bestowed upon anyone who does so.

So if you’re not in the mood for years of bad luck, leave the stones be.

And if you’re in the mood for fun facts, it’s also worth noting that Clava Cairns gained a lot of recognition in 2014 after the American TV series Outlander claimed that the inspiration for its fictional stone circle came from the site!

Where to Stay in Edinburgh 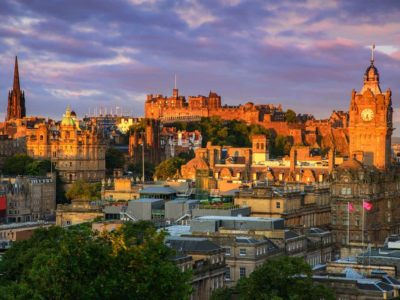 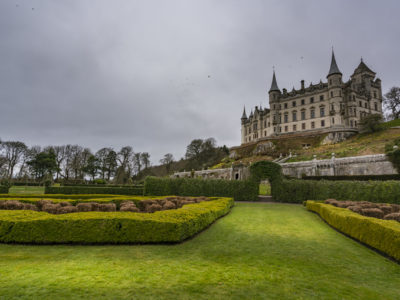 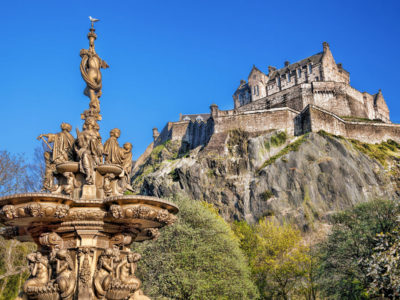 7 thoughts on “Clava Cairns, Scotland: Stone Circles and a Mysterious Portal into the Past”

Home » United Kingdom » Scotland » Clava Cairns, Scotland: Stone Circles and a Mysterious Portal into the Past