The Complete Guide to Sziget Festival

Sziget Festival in Budapest Hungary is one of the largest music and cultural celebrations in Europe celebrating music and love.

It starts soon and Vishanth of VisualizationBlog, shares his tips for the Sziget festival from two separate trips!

In the beautiful city of Budapest, Hungary lays the island of Obuda, which turns into an island of freedom for seven days quenching all kinds of festival-goers thirst.

I have visited the festival twice and I would definitely recommend it to anyone looking for a perfect week off and enjoying your favourite bands live in action.

The Complete Guide to Sziget Festival

Sziget is a festival that lets you experience a high-quality music festival in a completely different ambiance. It offers adventure, culture and some really good music.

Sziget can be a festival that you want it to be. I met some really cool people there. You will usually start the week with strangers and end up with a family who you will want to visit again.

The weather and the living conditions pushed me out of my comfort zone, but it was all part of an experience.

How to Enjoy the Sziget Festival

The festival is best experienced while camping. That said, staying at a Hostel/Hotel gives you the luxury of going back to a clean toilet and a warm shower. It is a trade-off between comfort and deeper festival experience.

I have been to the festival two times, staying in a hostel once and camping the other time. I stayed for all 7 days on both occasions. Yes! it’s worth it.

Getting to the Sziget Festival

If you are coming from the airport and taking public transit head into central Budapest. Right after customs in both Terminal 2A or 2B, look for the booth in arrivals marked “Information and tickets”

My recommendation is to grab a Budapest Card at the Airport. This gives you unlimited travel on public transit. Plus entrance to a ton of museums and discounts. It’s a great option for anyone spending any time in Budapest.

Once you are in central Budapest you can jump on the HEV on the Buda side and take it for about 10 minutes to Filatorigát. Then just follow the crowds and you are there.

Suburban trains run about every 15 minutes.

During the second visit to the Sziget Festival, I camped on the island at the festival. Camping on the island turned out to be a richer experience, but also a much more difficult one.

You are given a Sziget passport when you enter the festival and you have all kinds of activities to participate in. You earn stamps as you visit a particular area of the Island or perform a certain task (Felt a lot like playing Pokemon again!). I realized that I could not get all the stamps on my passport even after 7 days of being at the festival.

I saw another side of the festival which only added to the already amazing Budapest City.

My Camping days usually begin with me waking up due to the people talking around my tent. And then the adventure begins.

There are a lot of campers who prefer to sleep or just chill around their tents. Let’s just say I wanted to experience more of the Island, so I left my tent each day.

The next part of the day is usually finding your friends or going alone to explore the Island, the island is quite big and get tricky to follow the map.

You can spend the entire time watching bands as there are several stages starting as early as 11:00 am. They even screen movies screened in Hungarian and English.

We camped close to the main stage and there were quite a lot of mechanized toilets, which were cleaned regularly. They also had charger plugs for trimmers, which were mostly used to charge phones by ‘Szitizens’.

The biggest struggle is taking a shower, as the queues can be quite long. The whole process of getting ready in the morning takes about an hour.

But the showers are pretty good and some do have warm water facilities.

Sziget Beach is a hidden treasure on the island. I managed to visit it only once during my first visit, but I was there almost every day during my second. The beach offers beautiful views.

They also serve Shisha (Waterpipe), non-alcoholic drinks, mats and pillows for sleeping and free yoga classes and massages every day.

This place also turned out into a haven for people this year, as it touched forty degrees in Budapest during the Sziget festival and many preferred sleeping here by the beach.

You could find me lying here on most days doing nothing but sipping my Chai.

You are supposed to enter the Labyrinth with a question in mind. You are then asked to perform a few activities and answer some questions to exit the lab with a new clarity over the question in your mind.

It was an interesting experience for me but I had more questions than answers by the end of the visit.

This is one of the new additions of Sziget – (it was added in 2015) and it was a pool filled with foam and dancing music. With foam being poured over from the top every fifteen minutes, it was a place I often visited.

It was the place to be at Sziget, as it was also a perfect alternative to one of those long queued showers on the island.

5. The Street acts and Circus

Streets acts are to be found everywhere on the island, from dances to magic tricks. You just need to keep an eye out for them and follow the crowds.

The Circus brings in some international talents from around the world to show some really cool acts. There is also a street theatre, which I could not make in time, but it seemed pretty cool.

There is a lot of non-music artists who are involved in this mainstream music festival, which makes it very different from conventional festivals.

At the Ability Park, Szitizens go through activities like blindfold walking, using a wheelchair to play basketball and other activities to experience what it’s like.

The place gave me a better perspective of the differently able and I just felt a lot more grateful for life.

The LGBTQ center aka Magic Mirror has regular sessions talking about LGBTQ issues and has acts performed by the community.

Two of my friends from Camp Unknown got married at the Sziget wedding tent. Nope, it was not official.

Sziget is also a very green festival striving to become greener and sustainable each year.

Among other numerous activities like Bungee jumping and The Giant wheel.

There is a lot of artwork around designed by local artists and architects. You can basically do everything from yoga to play table tennis or solve some Rubik’s Cube.

Besides these, there are crowd themed color parties, confetti parties and bubble and balloon parties that happen every day on the Main stage.

The big acts usually play as the evening begins to kick in, so after a long day of exploring, we usually head off to the music stages to experience the big bands live.

My first year at Sziget had a great line up, with Blink 182, Queens of the Stone Age, Skrillex, Stromae, and Macklemore & Ryan Lewis being my favorites.

The next year, I was there more for the experience than the lineup,

There were some really cool performances from Robbie Williams, Avicci, Kings of Leon and Alt-J so if you want music, there are great acts.

The festival starts on August 7 and runs to August 13.

One beer cost about 2 euros at the festival, it’s about the same for a cold coffee as well, It’s pretty decent for a festival.

Many prefer going to the supermarket close-by called ‘Auchan’ to get a cheaper meal or to buy some water. You can bring it into the festival.

Auchan also sells some cheap tents, you could buy one of these if you just want a tent for 7 days.

The Weather and struggles of Sziget

It was burning for most of the days, and it was super dusty in the island. There were a lot of people coughing, it was quite difficult to breathe properly at a point, but I guess it’s part of the experience.

It rained quite intensively on the last night of the festival, luckily I left by then, but camping after that would have been quite a mess.

Hot Tip: I would suggest bringing a mask along, which can be really helpful.

Staying outside the Sziget Festival

When I stayed outside the festival, I spent most of my days exploring Budapest, eating food from the city and heading over to the festival in the afternoon.

Budapest is an exciting and happening destination on its own and there is a lot of things to do.

My top choices of things to do in Budapest are:

During that visit, I loved the city so much that I skipped the festival for a couple of days and just enjoyed the city, which also has a great nightlife.

Both experiences were very different, but each was memorable and worth it. During my trips to Budapest, I got Szigeted.

The Sziget Festival is held every August in Budapest and is one of the largest music and cultural festivals in Europe.

Author Bio: Vishanth primarily works as a Research Assistant at The University of Gent. He likes to write about his travels and life experiences in general and is the creator of www.vishualization.com with a goal to inspire and be inspired. His recent interests include traveling alone and volunteering with animals and children. His website is http://www.vishualization.com/

Read more about Festivals Around the World 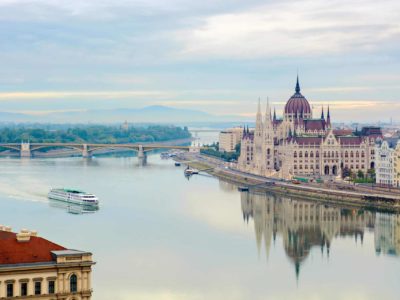 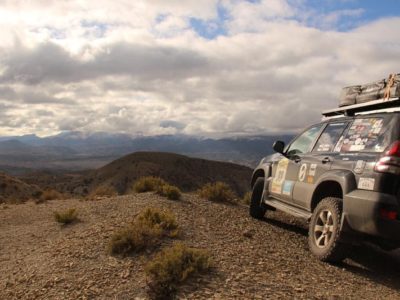 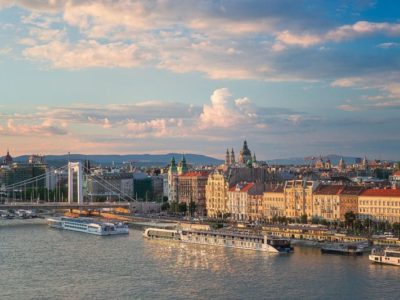 22 thoughts on “The Complete Guide to Sziget Festival”