Is Summerfest Happening in 2021?

Summerfest is happening in 2021 from Sept 2-4, 9-11, 16-18, 2021. It has been postponed from June and July performances and ticket holders are being told to hold on to their tickets as performance dates are announced. More bands are being added. Check the Summerfest Website for more details.

What is Summerfest in Milwaukee?

We went to Milwaukee to experience Summerfest a summer music festival that takes place on 11 stages, over 11 days and has been running for the past 53 years. It is the world’s largest music festival and we had never heard of it. So how does a festival that’s been going since 1968 attracting big name acts like The Foo Fighters, Katy Perry and Kanye West, go unnoticed by so many people?

Luckily we had a lot more time in Milwaukee to check out the top attractions in Milwaukee too. Make sure to give yourself time in the city to explore it because it is a really awesome place to visit. Check out 23 Cool and Unique Things to do in Milwaukee.

After attending Summerfest we’ve come to the conclusion that it is not only the largest music festival in the world. We’d rank it up there as one of the best festivals in the world!

One thing we did conclude is that now we know where the catch phrase “Hello Wisconsin!” comes from. Forget Kelso from That 70’s show, bands have been playing on these stages since the Vietnam War! The term Hello Wisconsin has become synonymous with rock stars yelling out to their fans. I’m sure they were yelling “Hello Wisconsin” decades ago.

About Summerfest in Milwaukee

This isn’t your usual summer festival that attracts only up and coming acts. No, Milwaukee has big name artists mixed in with the up and comers. They’ve seen everyone from Katy Perry to the Foo Fighters.

What we love about Summerfest is that it’s affordable and fun. At $17 for an all day pass once the doors open at 12:00 noon, you’re free to roam the grounds in search of your favourite band or the next big thing. The best thing about it is that once you are in the venue, you can just walk from one act to another. (Provided they are not on the main stage)

Most people purchase tickets to one of the headliners and then spend the rest of their time checking out the other bands. But don’t worry, even if you don’t have tickets to headliner acts, you can see some amazing well-known bands.

We had paid tickets to see the late great Tom Petty which were an extra cost, but once we had enough of his act, we moved on to catch a couple of other acts playing on the open stages. We popped in to LL Cool J. We’re both fans of Mr. “Ladies Love Cool James,” so we wanted to see him in person and then we went to see Cake play their hits like Short Skirt, Long Jacket.

Where else can you watch an act like Tom Petty on one stage and then minutes later catch the high energy of LL Cool J? Only at Summerfest. It was then on to a completely different genre of music. In one evening, we had gone from classic Rockabilly to Rap and now it was time for Funk.

Dave and I are definitely Cake fans. We love their sense of humour. Come on, how can you not love titles like “Sheep go to Heaven, Goats go to Hell” and Short Skirt Long Jacket.”

Like the song above? Buy Cake’s album at Amazon...we thought we’d make it easy for you and earn our .30 cents commission. Cake’s performance was in full swing to a packed house when we arrived, but we were determined to get to the front of the stage.

Standing way at the back of a very large crowd We were determined to get a closer look. We wove our way through the crowd and got to the front row. It’s amazing what a smile and a ‘cheers’ can do for you. (Oh yes, I forgot to mention that you can carry your beer with you wherever you go during Summerfest)

How to Get to Summerfest, Milwaukee

The Hilton Garden Inn in the heart of downtown in only about 10 minutes time! Being after midnight though, I was happy for the shuttle. Summerfest shuttles run every 7 to 10 minutes from downtown and cost $3

Why Would I go back to Milwaukee for Summerfest?

I can’t believe we’ve never heard of Summerfest before and when Dave and I tell friends about it they agree! How could we all not know about the largest Music Festival in the World? Other acts performing this year were Rush, The Eagles, John Mayer, Barenaked Ladies, Violent Femmes and Billy Idol just to name a few. I’ll tell you what we’ll be doing next June if we’re in town….Road Trip anyone?

For more information on Summerfest visit their website and check out Visit Milwaukee.com for more events in the city. 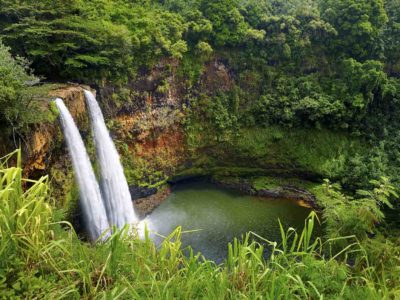 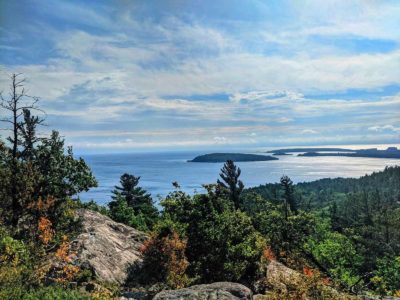