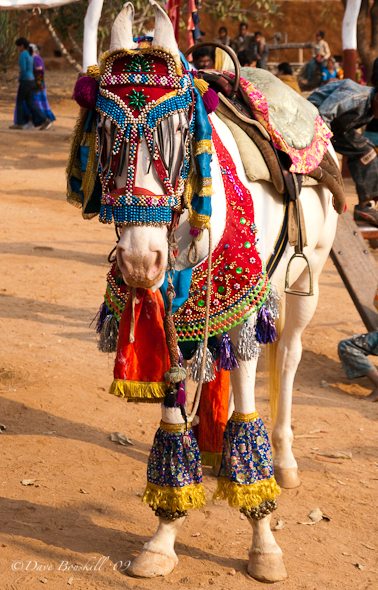 There is nothing more exciting than coming into a town to find out that you have arrived in time for a yearly festival. How lucky we felt when we heard that in Shilpgram, a mere two kilometres away from Udaipur, there was an arts festival taking place as we speak. 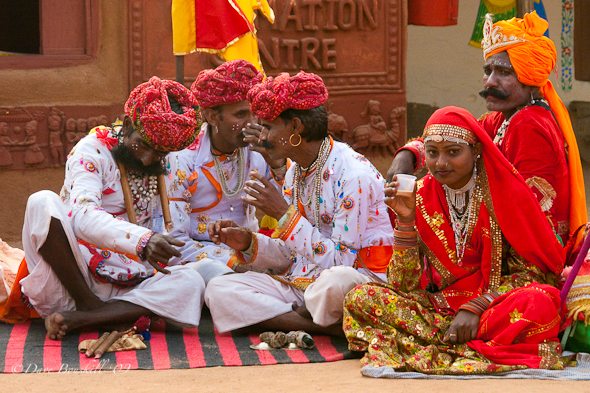 Dancers, performers, artists and trades people from all over India have come to Shipgram for a 10 day festival to show off their talents.

The weather was perfect when we arrived and the crowds were still small. After paying our 25 Rs entrance fee we walked in to the fair grounds to music and dancing at the front gate.

A troop was singing and performing in a circle and we stopped to have a look. Once they finished we moved on to enjoy the rest of the festival. Our next stop was a silversmith. He was hand making pots and utensils as well as little figurines of insects and other figurines. 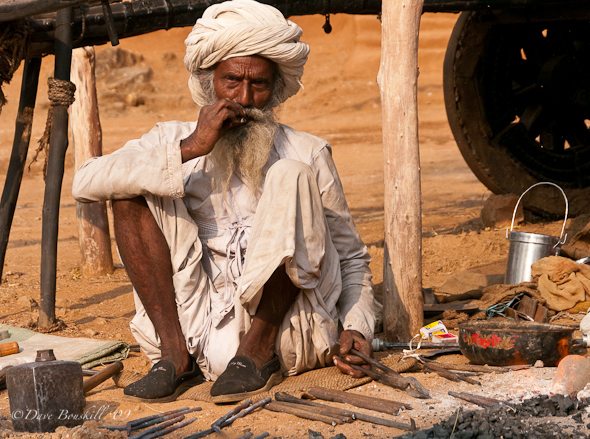 The Metal Smith at Shilpgram

Dave took some photographs and talked to them all for a little while. The entire family was there at the festival working together. Mother, father, son and grandson all worked from stoking the fire to molding the metal. They didn’t have to travel too far as they were from the province of Rajasthan.

We moved on to another group of men from Kerala. They invited us to watch them play and sing. Having a couple of foreigners watching you perform really draws a crowd and by the time they were half way through the song, a large crowd arrived. We saw a guy throw them a 100 Rs, and that is when we realised that we are supposed to be giving money, like a busker fair.
We gave them 50 and were on our way. 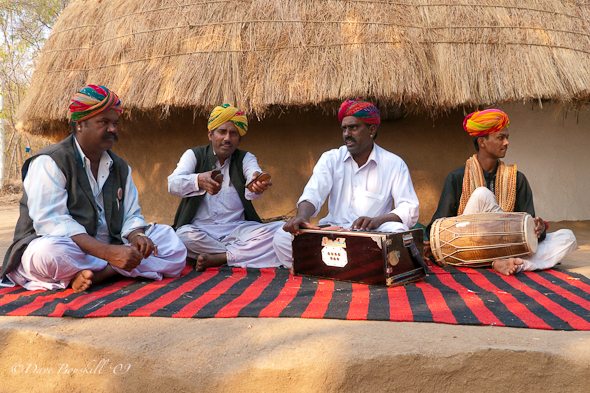 We walked through the food stalls and jewelry stalls. It had a midway feel, we even saw a Ferris wheel in the distance. We didn’t make it far however, instead we came to a troop performing in drag. They were singing and dancing and definitely telling jokes, but we couldn’t understand a thing. They seemed to like having us around. After I gave them 40 Rs, they invited me up on stage to dance with them. As some of you may know, I never turn down an invitation, so I ran up on stage and danced away making a fool out of myself probably being completely improper for a lady in India. But they loved it and I had a blast.

Every corner we turned there were performers and artists. Dave snapped his camera happily and I posed for photos with Indian tourists. We were as much a part of the show as the performers it seemed and we loved every minute of it. 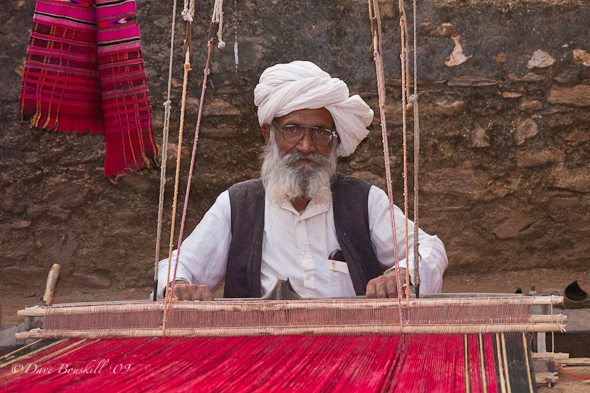 The highlight performance for us at Shilpgram was from a troop from Northern India. At first we thought it was going to be a little lame as a guy danced on stilts, but then the star came out.
A young man with pots piled high on his head climbed up a pole to a tightrope strung high in the air. He was filled with skill. He walked on the rope, walked on pans, rolled along with a tire frame all while balancing the pots on his head. That was feat enough, but once he started swinging the rope back and forth while balancing on one leg, that is when we were extremely impressed. 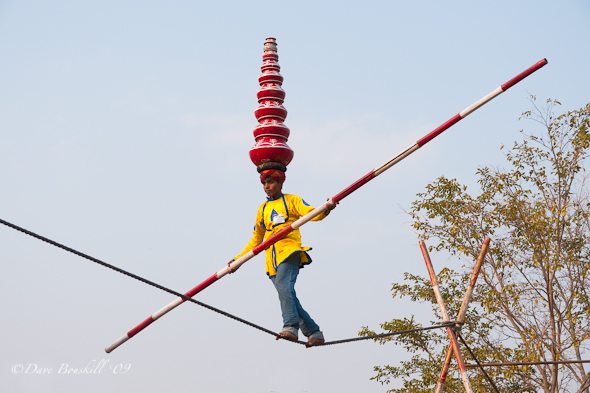 It was surprising to see that I was never afraid for his safety. He was confident and sure and his skill was strong. I didn’t have a doubt that he would succeed and succeed he did.
I could go on and on with a list of things that we saw at the festival of Shilpgram, but it is more fun to look at a few of Dave’s photos. 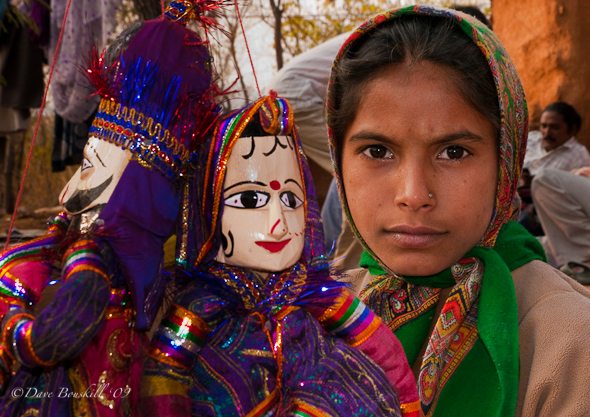 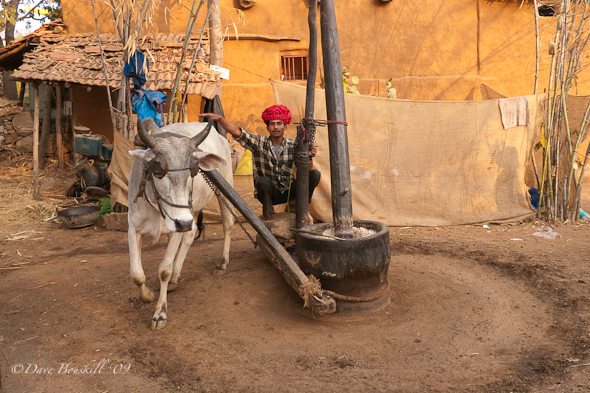 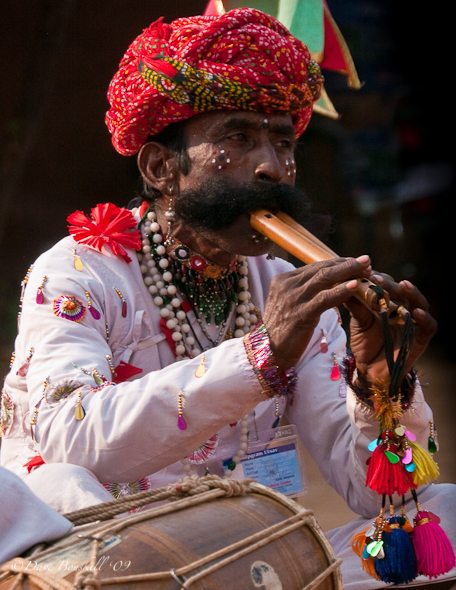 We had a fantastic time. We spoke with people, we posed for photos, we performed ourselves and we were thoroughly entertained.

Information
Entrance fee is 25 Rs.
Shilpgram Festival happens every year in December for 10 days.
A rickshaw out to the festival is about 75 Rs. Bargain with your driver and he will wait for you.
Shilpgram is located only 3 km from the old town centre.