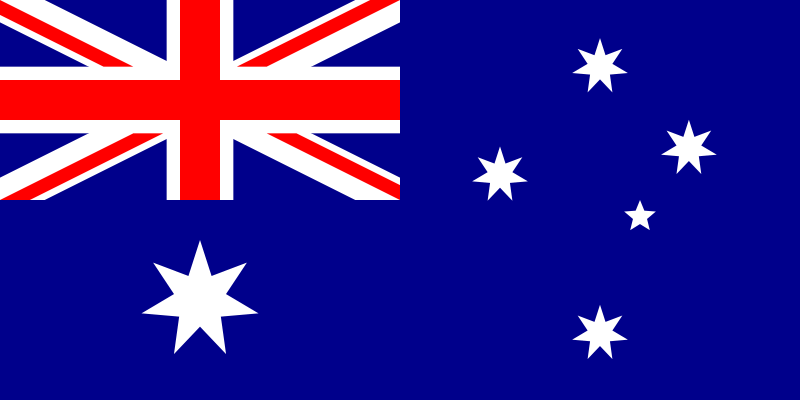 Australians are known for their ‘No worries’ attitude, and that is definitely true. But over the course of my travels, there are many things that people think about Australia (or Australians) that are blatantly false. I am here to remedy the most outrageous Australian stereotypes.

Here are some of the common misconceptions and Australian stereotypes people have about the land ‘Down Under’:

1. We all talk in slang that you won’t understand

G’day mate, shrimp on the barby, fair dinkum, hard yakka, Sheila… I am Australian and I have never used any of these typical Aussie slang words, except for in jest. A few words that you might come across:

2. It never rains in Australia

Yes, Australia has the lowest precipitation of any of the world’s inhabited continents (Antarctica gets less) but it still rains. I love the answer that Tourism Australia gave, obviously everyone has a sense of humour:

Q: Does it ever get windy in Australia? I have never seen it rain on TV, so how do the plants grow? (UK)

A: We import all plants fully grown and then just sit around watching them die.

I’ve included some of the hilarious questions and answers from the Australian Tourism Board throughout this post, as they’re too good not to share.

3. Australia is just an island, how big can it be?

Australia is the word’s smallest continent but the world’s sixth largest country.

However, 44% of Australia is desert and a further 37% is semi-arid grassland or shrub communities.

So we mainly live along the coasts, thus why you see most photos related to Australia at a beach.

Q: I want to walk from Perth to Sydney – can I follow the railroad tracks? (Sweden)

A: Sure, it’s only three thousand miles, take lots of water…

4. Kangaroos and Koalas live in our backyards

Q: Will I be able to see kangaroos in the street? (USA)

A: Depends how much you’ve been drinking.

‘Do you ride kangaroos to school? Where do you park them?’

Back in the 90’s when my parents took me on my first trip overseas to the US, this is one of the first questions I was asked, along with ‘do you have phone lines?’.

Kangaroos and koalas rarely come into the cities, but if you venture inland to the country communities you should be able to find some. Just don’t try to pat them.

Q: I have a question about a famous animal in Australia, but I forget its name. It’s a kind of bear and lives in trees. (USA)

A: It’s called a Drop Bear. They are so called because they drop out of Gum trees and eat the brains of anyone walking underneath them. You can scare them off by spraying yourself with human urine before you go out walking.

5. We all eat Vegemite for breakfast, lunch, and tea

A lot of Australians (like others around the world) detest Vegemite.

It is an acquired taste, to say the least, and is usually spread very thinly on hot buttered toast for breakfast.

Tim Tams are the preferred treat of every Aussie household, chocolate coated chocolate biscuits with chocolate cream in the middle – you can’t get much better than that!

Q: Are there supermarkets in Sydney and is milk available all year round? (Germany)

A: No, we are a peaceful civilisation of vegan hunter gatherers. Milk is illegal.

6. You have a really high chance of dying from all the poisonous/lethal/most deadly things

Many of the world’s most venomous snakes are found in Australia, and one of the most dangerous spiders in the world, the funnel-web, is commonly found in Sydney homes.

With technology in anti-venoms and treatments, it is rare to die from a snake or spider bite in Australia.

Q: Please send a list of all doctors in Australia who can dispense rattlesnake serum. (USA)

A: Rattlesnakes live in A-meri-ca which is where YOU come from. All Australian snakes are perfectly harmless, can be safely handled and make good pets.

The north of Australia is home to the world’s largest species of crocodile, the salt water crocodile.

Males can occasionally grow to lengths of over 6 metres, big enough to swallow anyone whole!

Each year one or two people are eaten by crocodiles in Australia.

You can greatly reduce your risk of being eaten by not camping next to an enclosed riverbank that has a sign saying, ‘Warning: Crocodiles’.

7. Sydney is the capital, or maybe it’s Melbourne?

Neither Sydney nor Melbourne are the capital of Australia actually.

Sydney and Melbourne are Australia’s largest cities but they couldn’t decide who was bigger and better, so they compromised on a smaller city in between and created Canberra.

A couple of months ago we wrote a post on Canadian Stereotypes.  It was a lot of fun to share our views of how people perceive us and this is even more fun to see how Australians perceive themselves!

Thanks to our friends Lauren and Todd for sharing their Australian expertise.

Travel to Australia? Read More about Australia’s cities and adventures