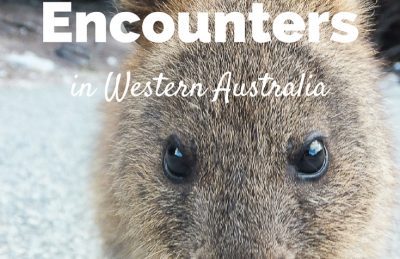 Western Australia (WA) is the largest state in Australia and attracts over 10 million visitors each year. It not only boasts some of the best beaches in Australia, world-class surfing, and stunning wine regions; it is also home to lots of incredible wildlife.

We think getting up close and personal with these amazing animals in the wild should be on everybody’s Bucket List.

So make sure you add WA to your Australian itinerary.

If you’re ready to see what is on offer, here’s our secret guide to the best places for 15 amazing wildlife encounters in Western Australia.

Where else to start but with Australia’s most iconic animal. The kangaroo is the largest of the marsupial family, famous for carrying their young around in a pouch on their belly.

Kangaroos are pretty common across WA but there are some great spots you can go to increase your chance of seeing Skippy in the wild.

If you are in the Perth metro area, then head up to Pinaroo Memorial Park at dawn or dusk to see their resident kangaroos.

The Kangaroos are everywhere and being a public park, entry is completely free.

Outside the city your chances increase, but our favourite kangaroo watching spots include Petra Olive Oil Estate in the beautiful South West region and the Cape Range National Park.

One of Australia’s most unusual mammal species, the echidna looks like a cross between a hedgehog, a porcupine and an anteater.

Notoriously shy and well camouflaged the echidna is actually hard to spot in the wild.

For a good chance of seeing this curious animal head to Kalamunda, an hour outside Perth.

From here take the Bibbulman track, a 1,000km trail through the native forest, and a known hangout for the echidna. Don’t worry, you won’t have to walk the full 1,000km!

Who wouldn’t love to swim with wild dolphins?

Fortunately, in Western Australia, there are a number of places you can snorkel along with these inquisitive animals.

We recommend Bunbury Dolphin Discovery, where you can join one of their daily dolphin swimming trips.

The trip takes you to all the known dolphin spots and allows you a couple of hours swimming with them.

But don’t rush off after the tour. Hangout on the beautiful white sand beach in front of the centre and watch as the dolphins come right up to the within a couple of metres of the shoreline.

There is surely no better place to see stingrays up close in the wild than at Hamelin Bay, in WA’s Margaret River Region.

You will not believe your eyes when you arrive at Hamelin Bay.

The beach is like a postcard and the local stingrays can be seen most days during the summer months.

These amazing creatures have grown accustomed to feeding off scraps from local fishermen and now come very close to shore.

They will often approach people, bumping into your legs as you stand in the shallows. Some people even hand-feed them.

They appear extremely friendly and as a result have become quite the popular tourist attraction!

More cautious people can stand back and enjoy the views and the braver ones can grab a snorkel, underwater camera and jump in for a closer look! But always be mindful and look out for their poisonous barb.

These sea mammals are abundant around the coastal areas of Australia, but take a trip to Green Head on the Mid-west coast and you can jump in the water with them.

Sea lions are like little puppies, they like nothing better than trying to steal your snorkel and give you a little nibble.

Head out in summer (December to February) for the best weather conditions.

Read: 20 Not to be Missed Animal Encounters From Around the World

This small island just off the mainland is home to a colony of 1200 little penguins.

We aren’t just calling them little penguins because they are small. This is the smallest penguin species in the world and has actually been given the name “Little Penguin”.

Take a stroll around the island, look under the boardwalks and you are bound to spot a few of these cute little birds.

A quokka selfie is a rite of passage for all visitors to WA.

These miniature marsupials are only found on a couple of islands off the coast of Western Australia.

Evolving with a lack of predators, quokkas lack many of the survival skills you see other animals, the primary one being a lack of fear.

Their absence of fear makes them very approachable and excellent photography subjects.

Add in their cheeky smile and you can see why everyone wants a quokka selfie.

You can meet a quokka by heading to Rottnest Island, less than an hour boat ride from Fremantle. Hire a bike and head off on your search.

Read: A Visit to an Elephant Sanctuary in Chiang Mai, Thailand

If you are into your birdlife then you won’t be disappointed by what is on offer in WA. Okay, you’re not a birder, I hear you.

Even so we still think you will be pleasantly surprised when you spot your first kookaburra, an enormous pelican or perhaps one of WA’s iconic black swans.

Kings Park is not only a beautiful park with great views over the city, it is also a fabulous place to spot a wild kookaburra.

Listen out for their distinctive laughing call and start scanning the trees. Once you’ve finished in the park, head down to the Swan River below and you’ll likely see a few hungry pelicans, along with the famous black swans (it’s called the swan river for a reason).

7. A Nigth Safari to See a Possum

The Tuart Forest National Park in WA’s South West region is the largest remaining section of Tuart forest in the world.

It also happens to be home to the largest remaining wild population of the endangered western ringtail possum, as well as the more common brushtail possum.

These wonderful arboreals (tree-living) creatures are nocturnal, and there is no better place to see them than on the Possum Spotlight Trail.

You’ll be pleasantly surprised by the number of eyes reflecting in your torch beams and the great views you will get of both of these possum species.

If you’re lucky you will also see owls, bats, frogs and hear the call of the tawny frogmouth as the forest comes alive under the cover of darkness.

Go on a clear night and you will also have a spectacular view of the stars. photo courtesy wikipedia By Benjamint444 – Own work, CC BY-SA 3.0

Six of the seven species of sea turtles make their home off the coast of Western Australia and seeing them is easier than you might think.

There are not many places in the world where you can park your car, walk to the beach and be swimming with sea turtles within a few minutes.

However, head up to the magical Ningaloo Reef Marine Park and this is exactly what is on offer.

Ningaloo is a marine wildlife wonderland and a chance to interact with a chilled out sea turtle is just one of many experiences on offer.

With everything you hear in the media you might think seeing a shark off the coast of WA is relatively common…it’s really not.

If you’re hoping to see one of these awesome predators up close you’ll need to head up to the north of the state.

Unlike in South Australia, there are no shark cage diving trips in WA, but take a diving tour from Coral Bay and your chances of spotting reef sharks, tiger sharks or even grey nurse sharks is very good.

These ocean giants have a wingspan of up to 9 metres and actually have the largest brain of any fish.

Manta rays can be found throughout the Pacific and Indian oceans and one of the best spots to see them anywhere in the world is Coral Bay, WA.

Trips run all year round to Bateman’s Bay where the mantas live and visitors can spend a couple of hours feeling very small next to these enormous rays.

The dugong is one of our favourite animals.

This strange looking marine mammal is actually part of the manatee family.

There is a healthy population of dugong in the Ningaloo region and a day trip out to the reef from Coral Bay gives visitors an excellent chance of seeing a dugong feeding on the sea grass below.

These animals are very shy so swimming with them is a no-go, but we still think you will enjoy seeing them swimming next to your boat.

Every year, between April and July, hundreds of these massive animals descend on the Ningaloo reef as part of their annual migration.

Day trips leave Exmouth each day in whale shark season, taking boat loads of visitors out for a chance to swim with the whale sharks.

Read: Swim with Whale Sharks – A Massive Adventure in Mexico

Up until 2016 the best way of viewing these majestic ocean giants was by going on one of the many commercial whale watching trips, which run throughout whale season all the way up the west coast.

However, as of April 2016, the government has allowed a small number of operators to run “swimming with humpback whale” trips.

You head out in search of the whales and when you locate them you are able to slip into the water a safe distance away.

From then it’s all up to the whale and if they are feeling curious they will head over and check you out.

As you can see Western Australia is a wildlife lover’s paradise, so why not add some of these experiences to your own bucket list. 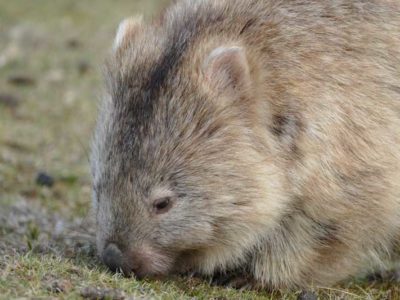 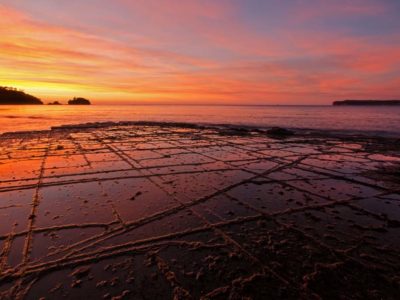 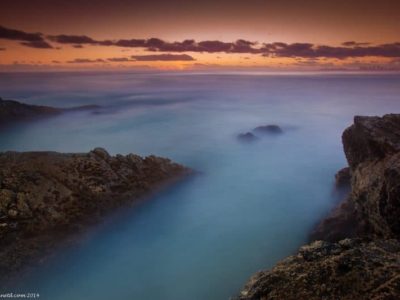