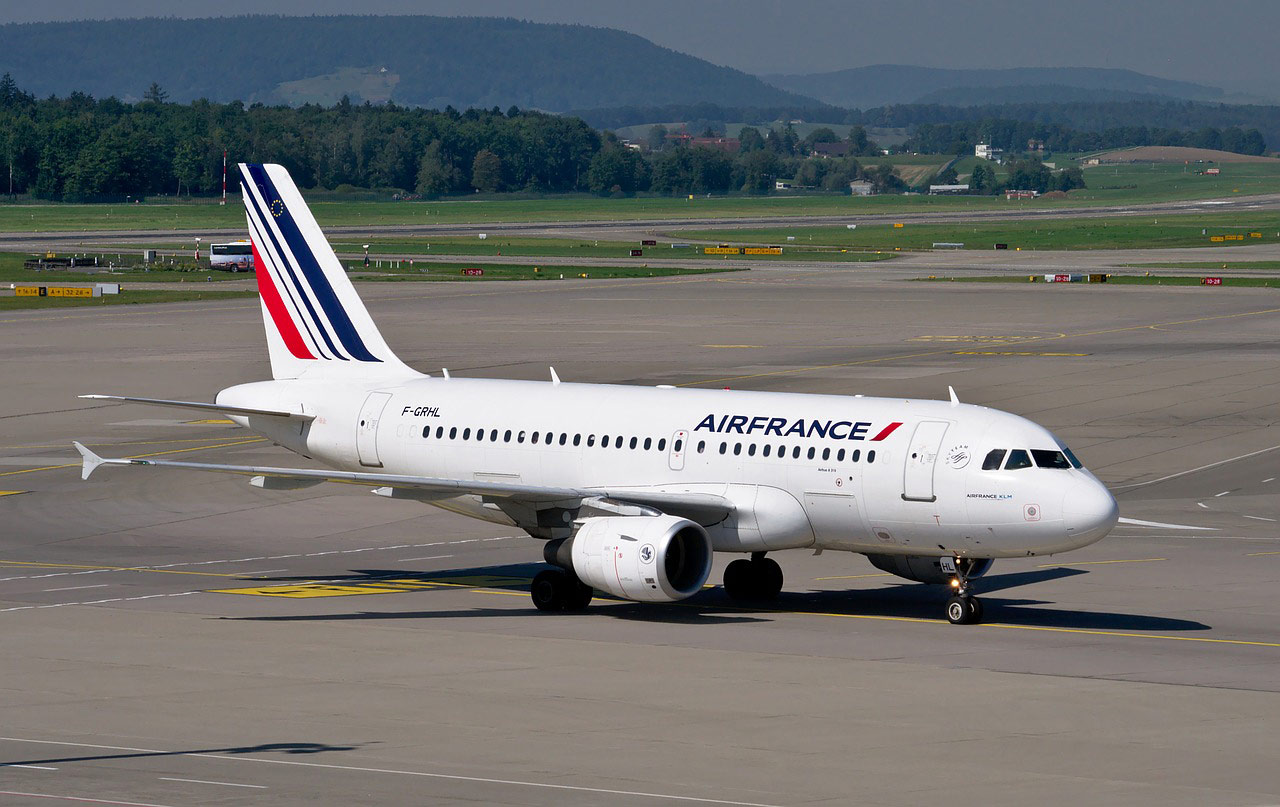 If you are a traveler, heading to the city of love for the first time, getting from CDG to Paris or Orly Airport to Paris can seem a bit daunting.

Especially if you are unable to speak the language, waiting until you get to the airport to ask around may not be the best of ideas.

The transportation system in Paris is very predictable and reliable, so if you read through this guide carefully, you should have no problem finding your way around the great city.

Just a note – prices may increase as time goes on for the different modes of transportation, so the best way to check the exact price is by going to the official websites.

Getting to Central Paris from Charles de Gaulle Airport (CDG)

Also known as Roissy; Charles de Gaulle Airport is France’s main and largest international airport. More than 65 million people fly through this airport every year, making it the seventh busiest airport in the world.

Even with its size and traffic, there are still plenty of transportation options when going into Paris. You can choose to make the trip by the RER Train, bus, shuttle, or taxi.

If you’re traveling alone and do not have to worry about lots of luggage, taking the RER Line B is the cheapest and most efficient way to get from Charles de Gaulle airport to Paris.

The suburban train leaves the airport every 15 minutes from terminals 2 & 3, and the typical journey time is about 30 minutes to get to Paris’ center.

How to get to the CDG to Paris Train

Finding the train terminals depends on what part of the airport you find yourself in.

You may need to walk or take a free Aeroport de Paris shuttle bus to the train terminals where you can board the RER B to the Centre of Paris.

As you will be headed to Paris’ center, board a train headed towards Antony, Robinson, or St-Rémy-lès-Chevreuse and you can drop off at the Paris Gare du Nord station.

Almost as popular as the airport bearing the same name, the Roissybus is the main bus that takes passengers from Roissy Airport on a 60-minute trip to the center of Paris.

The Roissypole Bus #350 travels to Gare de l’Est. in the northeastern part of Paris, while Bus #351 heads to the Nation Metro Station in southeastern Paris.

Both buses depart from Roissy Terminals 1 and 2 and there are directional signs to guide travelers in their direction.

If you are at Terminal 3, you will be able to get a free shuttle towards Terminals 1 or 2.

For those who do not wish to get on the Roissybus, Air France provides an excellent shuttle service called “Le Bus Direct” that depart Charles de Gaulle Terminal 2.

Travelers at Terminals 1 & 3 can take a free airport shuttle to Terminal 2 and then look out for the directional signs to lead them there.

Every fifteen minutes (between 5:45 AM and 11:00 PM), the first Air France shuttle leaves the airport on a 35-minute trip to Western Paris, stopping at Etoile and Porte Maillot.

Between 6:00 AM and 9:00 PM, the second shuttle takes a 50-minute trip from Charles de Gaulle to Gare de Lyon and Montparnasse.

The shuttle costs vary by destination and age, and prices can be found on the Le Bus Direct website.

Apart from its Le Bus Direct, Air France also offers its Air France Coach service, which is available to passengers of all airlines.

The lines 2 and 4 coaches both depart from Terminals 1 and 2.

Taxi from CDG to Paris

If you want a more private and stress-free method of transportation, there are taxis available at all three of the airport terminals.

They are easily identified by the yellow lights on their roofs.

If you don’t want the hassle of train stations or busses then you can opt for a private transfer.

They will meet you with your name on a placard and get you downtown to your hotel in style. The cost for this is about 100 Euro.

Uber from CDG to Paris

Expect to pay around €50 for a normal UberX or €32 for an UberPool. We recommend budgeting around 35-60 minutes to get to/from the airport.

Getting to Paris City Center from Orly Airport

Simply referred to as Orly, at least 30 million travelers fly through Orly Airport every year, making it the secondary hub for domestic and international flights in France.

While it may be secondary, travelers can easily get to from this Paris airport to the city center from the airport by train, bus, shuttle, and taxi.

As with CDG airport, going by the RER is the cheapest and most efficient way to go if you are traveling without too much luggage.

From the South or West terminals of Orly, you can take the Orlyval – the airport’s driverless light rail transit line – to the closest RER station at Antony.

Between 6:00 AM and 11:00 PM, the Orlyval leaves both terminals every few minutes and takes ten minutes to get to Antony.

Upon arriving at the Antony station, board the RER B line (blue) which is headed towards Mitry-Claye or Charles de Gaulle Airport.

Once in motion, the journey will take less than ten minutes.

The combined cost of the Orlyval and the RER B train typically comes to €11.30 for a one-way ticket.

If you are looking to save costs and do not mind a slightly longer journey to do so, you can also get to Paris on the RER C line.

These can be found at Pont de Rungis-Aéroport d’Orly RER station, which is connected from Orly’s south and west terminals by shuttle trains.

At the station, the RER C line (yellow) goes towards Pontoise or Montigny Beauchamp.

Passengers will be dropped off at Paris’ center in 25 minutes and will have to pay €3.90 for the fare.

Just like the Roissybus, the Orlybus is the most popular option for commuting by bus from Orly Airport to Paris’ center.

From 6:00 AM to 11:00 PM, travelers can find an Orlybus departing every 10 to 20 minutes from the South and West terminals at Orly.

For €7.20, a bus will take you from either terminal to Place Denfert-Rochereau at Paris’ center in 30 minutes.

For the same price and from the same terminal, you can also board bus #285, which loads up every 20 minutes from Monday to Saturday (every 30 minutes on Sunday) and embarks on a 15-minute journey towards the Villejuif and Louis Aragon areas of Paris.

While Le Bus Direct is unavailable at Orly, Air France does run one line of its Air Coach Service from Orly Airport to Paris’ center.

The line runs from both the Southern and Western terminals of Orly. Every 30 minutes, from 6:00 AM to 11:40 PM, coaches depart Orly and head to Arc de Triomphe which takes 45 minutes.

Just like the Air Coach Service at Charles de Gaulle Airport, you can buy tickets at the booth, but you will save if you purchase online.

As with Charles De Gaulle, taxis can be found sporting their bright yellow signs at both terminals of Orly Airport.

A trip to Paris’ center typically takes about 40 minutes (longer if there is traffic) and costs between €40 – €50, but that depends on where in the center you are going to.

As already mentioned, fares will increase by about €10 if you hail a taxi during rush hour or overnight periods (from 5:00 PM to 7:00 AM).

If you don’t want the hassle of train stations or busses then you can opt for a private transfer.

They will meet you with your name on a placard and get you downtown to your hotel in style. The cost for this is about 80 Euro.

Book your Private Transfer from Orly to Paris Now!

If you are planning a trip to France, make sure to check out our France Travel Guide!

Many people plan their trips to Paris and include London on their travel itinerary, you may want to read these London Travel Guides.

That should be everything you need to know about how to get from the airport to Paris.

Let us know if you need any more detailed information in the comments. 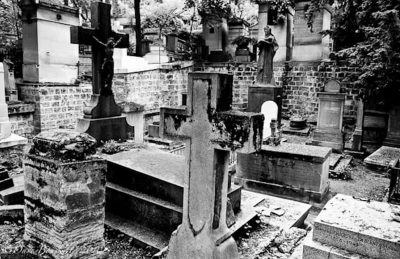 Famous People Buried in the Pere Lachaise Cemetery of Paris 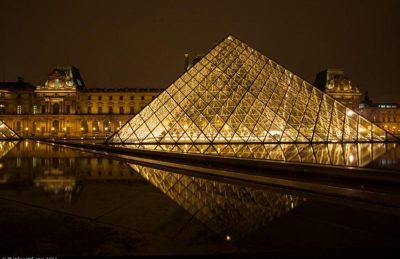 Marissa is a travel blogger based in Seattle who focuses on adventure and family travel along with weekend getaways. She started traveling 4 years ago, and 29 countries and 5 continents later hasn't stopped. Her goal is to encourage everyone to travel, whether it's exploring their local town or going on an international adventure.