Visiting the Catacombs of Paris – An Underground Labyrinth of Death

Travel all around the world is different right now, so please make sure to check the Government of France website for travel restrictions and information before booking any travel. 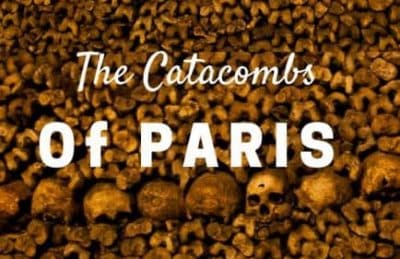 The Catacombs of Paris are not the oldest catacombs in the world, but they are the largest. Housing the skeletal remains of more than six million people, the catacombs are a massive underground labyrinth of death.

We have always wanted to go to the Paris Catacombs. It took us a few tries, but it was worth the wait! Here is everything you need to know to visit the Catacombs of Paris

About the Paris Catacombs

When planning your trip to Paris, be sure to visit this popular attraction, the world’s largest gravesite.

“If a barrel of bones disturbs you, the catacombs might be traumatic.”

The Paris Catacombs were developed in the late 18th Century as Paris cemeteries were overrun with human remains causing serious health issues. The water in the city was contaminated and disease was running rampant.  Something had to be done to save people’s lives.

A decision was made to close several cemeteries within the city limits and move the human remains to old quarries. The first transfer of human bones Cimetiere des Saint Innocents in from 1785 to 1787 as processions of wagons moved departed souls each evening across the city. After the first transfer was made the quarries were blessed by priests and it was consecrated as the “Paris Municipal Ossuary.” (final resting place of human skeletal remains)

The public took on the name “The Catacombs” referencing the Roman catacombs. Back then, Catacombs only referred to Roman Ossuaries, but by the 18th century, the word expanded to all underground cemeteries.

At the time, the bones were randomly placed without order and it fell to disarray filled with graffiti from those who visited. Sections of the catacombs were even used by the French resistance during WWII and German forces set up barracks within them. But over time, the bones were meticulously stacked one upon another in a very neat and orderly fashion and that is what visitors see today.

How The Paris Catacombs Tour Starts

We arrived bright and early when the catacombs first opened and there was only a short line. Dave and I were lucky to have only waited a few minutes to get in. But in the high season people can line up for hours as the Catacombs of Paris are one of the top attractions in the city. We recommend going first thing in the morning to beat the rush.

Or you can purchase a guided tour in advance with skip the line ticket through Get Your Guide. You can easily cancel within 24 hours of tour or book last minute tickets.

The great thing about the catacombs is that they only let 200 people into the caves at a time.

When visiting the catacombs, entering is spaced out in small groups so you aren’t stuck with a crowd. But be warned, you end up walking down the dark and scary spiral staircase all alone. It feels as if you might be the only person going in. Will you be able to get out?

The Catacombs in Paris are not for the faint of heart I was trying not to think about the warnings posted outside the entrance.

“People suffering from cardiac or respiratory weakness or a nervous disposition should not go into the catacombs. Young people may be traumatized by the experience.”

Visiting the catacombs sounded like it was going to be a freaky experience. I have a slight case of claustrophobia so my heart started racing a bit. But once we reached the end of the spiral staircase and walked into the tunnels, I felt relief. They weren’t too small or dark. The catacombs are actually quite spacious. My visions of claustrophobia quickly disappeared. In fact, I found the Catacombs to be quite pleasant.

What to Expect When Visiting the Catacombs of Paris

I must admit, the catacombs are a little on the macabre side, but they are not traumatic. The tunnels are wide and high and the light is bright. Sure it felt eerie, but I wasn’t going into cardiac arrest.

The average temperature inside the Paris Catacombs is 14 degrees Celsius (57 Farenheit) so you may want to bring a sweater. No large bags are allowed and there is no place to stow luggage so be sure to only carry a small bag.

What you will see in the Catacombs

Besides seeing bones, a lot of bones, you will be walking through a labyrinth of underground tunnels. Bones are arranged by location.

There aren’t any names to go with the remains, but there are plaques stating which cemetery the bones are from and what year they arrived. Skulls peak out over stacks of femurs and tibia bones and crosses are placed in the center of walls of bones to give it a solemn look.

We were impressed by the way the barrel of bones, and the walls of bones were artistically displayed. To us, they felt more like art installations than dead bodies. It was almost like they should be in a museum and not hidden so far underground.

Water drips overhead and the air has a slight chill. As you walk through the dimly lit hallways you can hear muffled voices of other tourists walking behind you. Or is it the voices of the past calling out somewhere from the deep depths of the tunnels?

“Where is death? Always present in the past. The moment she’s present, she already was.”

Accessibility in the Catacombs

The Catacombs are not accessible and there is no elevator. They are located 30 meters (90 feet) underground. You will have to walk down 131 steps to six stories underground.

The tunnels are 2km in length and the floor is uneven. When you are finished, you will have to walk up 112 steps at another location. The entrance and exits of the Paris Catacombs are not the same.

How to Get to the Catacombs by Public Transport

Should you Visit the Catacombs when in Paris?

If you have mobility issues, respiratory problems, an anxiety disorder, or have young children, we do not recommend the catacombs. If learning a bit about history combined with a little bit of spook and death sounds thrilling to you then you better add the Catacombs to your bucket list.

Are the catacombs haunted? Who knows, but if there is one place in Paris that should have a haunting, this would be it. t 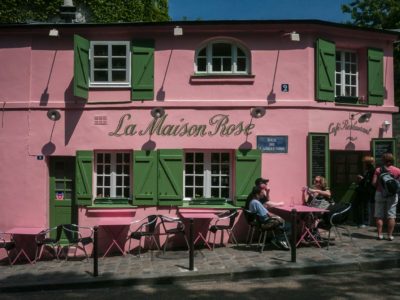 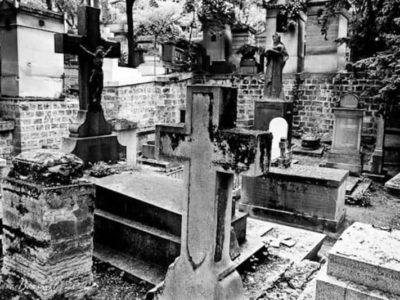 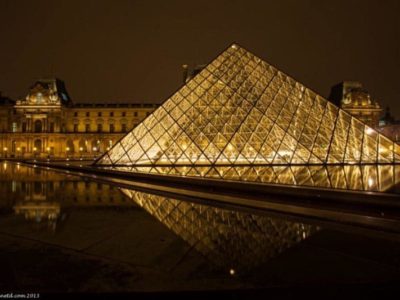