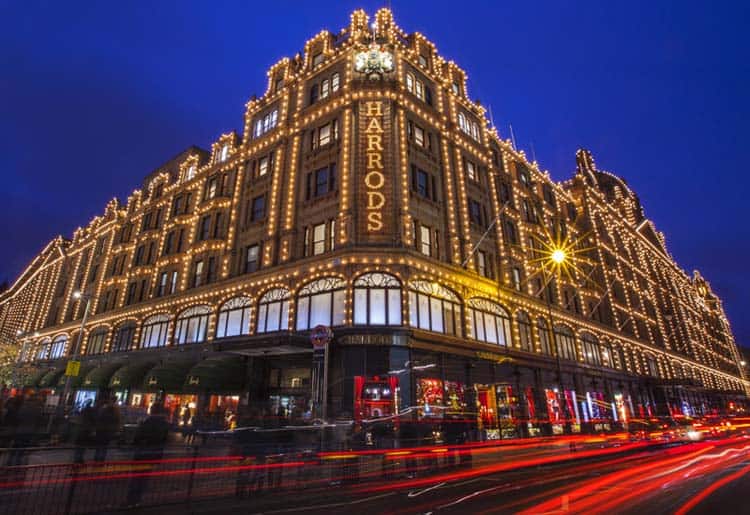 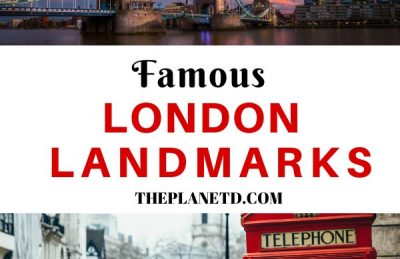 All of our lives we’ve seen reference to the famous London Landmarks. Top London attractions have been featured in movies and TV shows, in magazines, and even sporting events and commercials.

When we had the chance to visit London, we were excited to explore all of the iconic landmarks and attractions that London had to offer.

There is so much to see and do!

When you go to London next, be sure to put all of these famous landmarks of London onto your list!

London England is a city that we’ve always wanted to visit.

Many people mistake the Tower Bridge for London Bridge. But London Bridge is actually the plain and unassuming Bridge of London.

It is Tower Bridge that is the star and is one of the most iconic landmarks of London.

Crossing London Bridge will take you close to the Tower of London.

2. Big Ben is the most famous London Landmark

Everyone associates Big Ben with London.

Big Ben is located at the houses of Parliament. You can’t miss it.

The Clock Tower stands tall over the Parliament buildings containing a giant bell that ways 13 tons!

Fun Fact: Big Ben was completed in 1859 and is one of five bells located within the clock tower.

The Palace of Westminster is where Britain’s The Houses of Parliament are located on the River Thames.

You can see Big Ben standing above the building that dates back to 1860.

The Tower of London is another historic landmark in London. Throughout the centuries it was an infamous destination where many a royal awaited their fate.

Fun Fact: The Tower of London has always housed important items of the British monarchs and it still houses the royal family’s crown jewels today.

Buckingham Palace is the official residence of the Royal Family.

When we visited London, we stood among the crowd waiting for the changing of the guard. It was fun to see and a must for first time visitors to London.

Westminster Abbey is one of the most famous churches in the world and definitely at the top of London’s famous landmarks.

We all know it from the famous royal weddings that have taken place here. Most recently Prince William and Kate.

One of our favourite days in London was visiting the Greenwich Meridian at the Old Royal Navy College.

Exploring the UNESCO World Heritage Site is a great way to spend the afternoon.

The star attraction for us was The Painted Hall, a massive hall with baroque painting dating back 300 years!

After watching the changing of the guards at Buckingham Palaces, we walked along the mall to another of London’s famous landmarks, Trafalgar Square.

It’s a fantastic place to hang out and meet up with friends. Trafalgar Square has been used for protests and demonstrations throughout history.

It is also where Londoners celebrate ringing in the New Year just like New York’s Times Square.

Located on the North Bank of the River Thames, St. Paul’s cathedral dates back to 1710. But the earliest church that stood on this site was in 604.

Having gone to college or Music Theatre, I always heard my professors reference productions at the famous Globe Theatre of London.

This cultural landmark dates back to 1599 when Shakespeare’s theatre company built the original building.

A replica of the 16th century Globe Theatre was built a mere 750 feet from the original site.

It’s funny to think that a Ferris wheel has become the landmark that is most synonymous with London, but that is the first thing that comes to my mind when picturing London.

It is so popular, that many cities around the world have designed waterfronts around Ferris Wheels of their own.

Located on the Thames, the London eye is one of the more modern London landmarks on the water. Be sure to give it a ride for some of the best views of London.

One of the most modern London symbols is the Shard.

The 95 story glass skyscraper was completed in 2012 and towers above London.

We’ve come a long way since 1710 when St Paul’s Cathedral was the tallest building in London.

Located in London’s West End, Piccadilly Circus is a far cry from its origins in the 1600s.

The heart of London’s shopping district, Piccadilly Circus has held on to the tradition of showcasing billboards since 1908. But today it is one big neon sign.

While Trafalgar Square may be where new year’s celebrations take place, it is Piccadilly Circus that reminds everyone on New York.

The Tate Modern is one of the largest modern art museums in the world. It is part of the Tate museum family, comprised of Tate Britain, Tate Liverpool, Tate St. Ives, and Tate Modern.

It’s free to visit and making it Britain’s most popular museum!

The Museums of London are all considered important landmarks of London.

From the Natural History Museum to the British Museum, London has and array of world class museums to visit.

Read about the Top 5 London Museums to visit

Like the old yellow cabs of New York, the London Black Cabs are synonymous with the city.

There are still thousands of Black Taxis in the city and drivers of these cabs take a rigorous test to become certified.

Why is the London Tube a landmark in London? Well it was the very first passenger underground system in the world dating back to 1863.

It’s also the best and most affordable way to get around London. I know we were excited to first ride the Tube and its iconic sign can be seen throughout the city.

Take the London underground to see all of London’s famous landmarks!

There are red tour buses around the world today, but the original double decker buses originated in London.

They are considered the national symbol of England, so you can count on them not going anywhere.

They may be disappearing due to nobody needing a telephone anymore. But when we saw the red phone booths of London, we were so excited!

There was once tens of thousands of red phone booths in London, today, the city has managed to preserve nearly 10,000 phone booths for mostly decorative purposes.

Do you have any favourite London Landmarks that we should add to our list?

For more London travel information to help your London itinerary, check out these links below.

If you are planning a trip to England, make sure to check out our UK Travel Guide

Many people plan their London travels with a trip to Paris, visit these Paris articles to help plan more of your itinerary 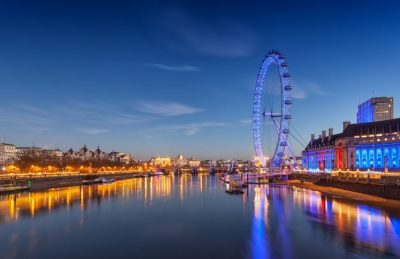 Where To Stay In London – Guide to The Best Neighborhoods 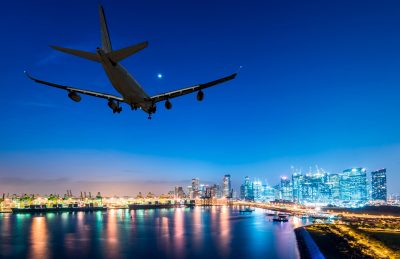 How to Get from London Airport to City Centre 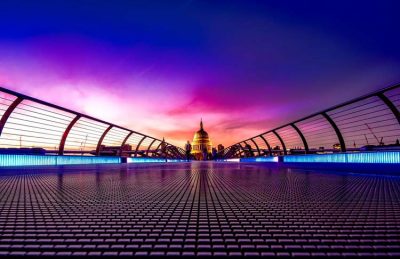 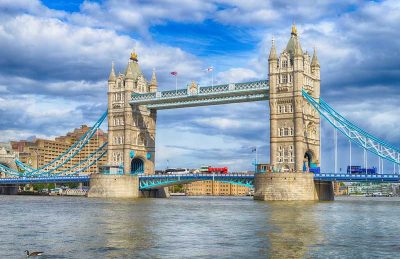 22 of the Top Things to do in London, England