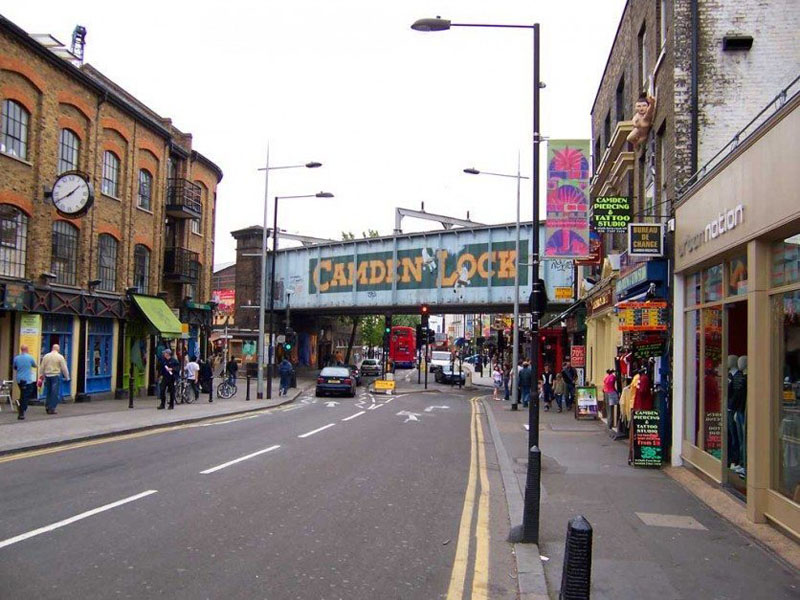 A majority of tourists that visit London this year will head straight for the typical tourist hot spots such as The London Eye or Buckingham Palace.

Little do they know is that there is so much more to this amazing city than Prince Harry's crown jewels, The River Thames and pigeons.

If you are coming to stay for longer than a few days then why not check out:

Better known now as once being hometown to one of the UK's most talented singer/songwriters, the late Amy Winehouse. Camden is possibly the most alternative area of London where Goths, Grungers, and Hippies unite.

The high street is lined with tattoo parlors and stores selling anything from platform boots to studded collars.

Camden market is a great place to shop for handmade jewelry and trinkets before taking time to relax with a drink by The Locke, listening to some of the best acoustic buskers in London.

If you enjoy live music there is plenty going on every night of the week, most up and coming bands start their careers playing to the small energetic crowds in Camden's pubs.

Be sure to check out ‘Proud Camden' in the Stables Market, they showcase some great talent and have karaoke rooms for when you've had one too many.

How to get there: Camden Town underground station (Zone 2, Northern Line)

This tour is specifically designed for rock fans so you know all the stories, civilized and otherwise, about the past and present of the area.

Even Londoners miss this quirky little courtyard, hidden away in Covent Garden's back streets. Need a detox? Head to Neal's Yard Remedy shop, they sell organic skin and body care remedies made from natural ingredients.

And don't forget to stop off at the salad and juice bar before you leave. The multi-colored buildings are decorated with hanging baskets and colorful shutters. It's no wonder Monty Python once called it home.

How to get there: Closest underground station Covent Garden (Zone 1, Piccadilly Line)

Tourists tend to flock to London's most central parks but they will be missing out on this beautiful utopia by the river located in London's wealthy borough of Wandsworth, West London. Families can rent bikes and “Banana bikes” for the kids to take a tour of the park.

It's also one of the best places in London to get your skates on.

A small section of the park was regenerated last year to resemble an Old English Garden which has been described as “Like walking through a big bouquet” Also be sure to check out the giant Padoga, deer park and mini-zoo.

How to get there: Battersea Park Railway station

These hipster hangouts are filled with galleries, vintage clothes stores, unusual cafes and some of the best street art you've ever seen.

This is where the cool kids waste the day away in cafes such as 1001, blogging away on their MacBooks, sipping on low-fat lattes.

Pick up a cheap Fixie bike at the Brick Lane Sunday market or shop in Shoreditch's Boxpark — The world first pop-up mall.

A Brick Lane bar crawl is a must. Start at ‘Verge' at the top end and work your way down to ‘Vibe Bar' and ‘Big Chill' in Dray Walk.

If you fancy live music check out the lineup at '93 Feet East' or for a night of raving the back room in ‘Cafe 1001' occasionally stays open all night.

How to get there: Shoreditch overground station (Zone 2, East London line)

Unfortunately, this beautiful dock seems to be overlooked by many London guidebooks. Located next to Tower Bridge, it's hidden away by the buildings that surround it.

The dock is lined with restaurants including the Medieval Banquet where you can step back in time and dine like a King. The fancy boats in the marina make for great photos which will have your friends asking “Where in London was that??”

How to get there: Tower Hill Underground Station (Zone 1, District & Circle line)

Make sure to check out our Local's Guide on Where to Stay in London for some great ideas!