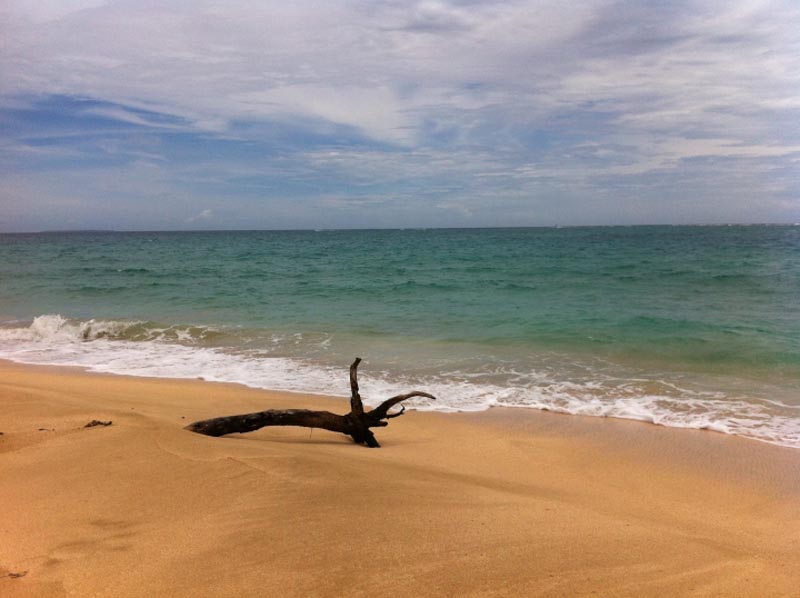 Who wants to travel to Tonga? These travel tips will show you all you need to know before booking your trip to Tonga.

I’m a massive fan of the TV show Survivor. I decided I wanted to have my own Survivor type experience, so I went to an island in Tonga with no electricity and virtually no other people.

A remote island in Tonga with no electricity and no other tourists (only 3 locals on the island). That’s what I experienced in the middle of the rainy season. Now that’s an adventure.

The Kingdom of Tonga consists of 176 islands stretched over 500 miles lengthwise, 52 of which are inhabited.

The main island of Tongatapu is a 3-hour flight north of Auckland, New Zealand.

Flights to Tonga from New Zealand are very affordable (You can find specials for less than $150 USD), however internal flights within Tonga are expensive.

The total population of all the Tongan islands is only around 100,000 people.

Tonga is the only nation in the South Pacific region never to have been colonized and because of this travel to Tonga provides a very authentic cultural experience.

The Tongan Islands are divided into four island groups.

This is the island where the capital, Nuku’alofa, and international airport are located.

Nuku’alofa is the equivalent of a very small town. This island is mainly considered a jumping-off point for reaching other places in Tonga.

If you want great beaches without taking additional internal flights then Rarotonga in the Cook Islands would be a better option instead of Tonga.

This is where I went, in addition to spending a few days in Nuku’alofa. The flight to Ha’apai takes around 40 minutes. The cost was the same as what my international flight to Tonga cost. I traveled on a 6 seater plane and sat directly behind the pilot. My only co-passengers were a catholic sister and a teenage girl. Flights go most days with no flights allowed to operate on Sundays in Tonga. The flight schedule changes frequently so don’t book interisland travel the same day as your domestic flight.

This is where most tourists go. Interisland flights from Tongatapu to Vava’u are even more expensive than to Ha’apai (however you can get a pass that allows travel to multiple island groups).

One of the main attractions people go to Vava’u for is swimming with whales.

The season for this is Tongan winter when air and sea temperatures are quite cool and perhaps not the tropical vacation you might’ve been expecting.

This is an island located off Tongatapu that can be reached by ferry or flight. It’s known for hiking but not for beaches.

Getting to Tonga Travel Tips

Timing your travel to Tonga can be difficult because, as mentioned, temperatures are quite cool in winter, but the summer (Oct to March) is the rainy season. The shoulder seasons are your best bet.

Places to Stay in Tonga

On Tongatapu I stayed at Sela’s Guest House. This was a very authentic local experience. The other guests were mainly Tongans visiting from other islands and a few backpackers.

Facilities are shared so expect the usual issues that come with that. It’s an easy walk to town. There is a fridge and clean kitchen available for guest use. I was given a bowl of mangoes off the tree on arrival.

The price is around $20-35 TOP (Tongan Paanga). Expect that you might hear some roosters outside etc. There was a resident kitten when I was there.

If you need to stay in Lifuka for some reason (the island where the Ha’apai airport is located), stay at Eveloni’s Guest House.

Go to Uoleva. Stay at Diana’s resort. No electricity. Very basic. Run by an older Tonga couple. You’ll feel like you’re on Survivor, but it’s great. Around 35 TOP/night (20 USD). You can also take your tent and pay a small fee to camp.

Diana’s resort will arrange the boat – also around 35 TOP each way (approx 15 minutes).

Matafonua Lodge is on Foa island. Foa Island is connected to the island that Ha’apai airport is on by a causeway. I negotiated a lower rate than the internet rate as I visited at the height of the rainy season. It was so wet that flights were cancelled for several days the week I was there.

I didn’t go to the Vava’u group but travelers I met consistently recommended Port Wine Guest House. Once on Vava’u you will need to travel to other islands for beaches. Vava’u itself is the jumping off point. This all involves traveling to tinier and tinier dots in the Pacific!

Places to Eat in Tonga

Hot Tip: Bringing your own food is a common recommendation for parts of the Pacific e.g. that’s what Kiwis often do when they go places like Rarotonga.

Bring your own food if going to Ha’apai and staying anywhere other than Matafonua. The food at Matafonua is good. They buy crayfish locally and have a bread maker that they use to make pizza bases. All food except meat and root crops is shipped into Ha’apai. Selection is EXTREMELY limited. Fresh fruit and vegetables are NOT available, partly due to soil conditions.

Vava’u group is much more developed than Ha’apai group so you won’t need to bring your own food there.

As I said previously, Tonga is only nation in the region never to have been colonized. Because of this, it retains are very authentic local culture.Tonga feels very safe.

The capital feels like a very small town in New Zealand. I even caught lifts with strangers a few times in Ha’apai. This is something I have never done anywhere else. And finally, the Tongan people extremely friendly.

Travel to Tonga – What you Need to Know

I arranged a boat from Lifuka Island, the Main Island of Tonga where Ha’apai airport is located. to Uoleva.

There were no other tourists there as it was rainy season, and only four locals on the entire island. It was an amazing place to decompress! All I had was a kerosene lamp. I took my own food with me, my Mum’s kindle, and lots of torch batteries!

It was very, very wet. Not for the fainthearted.

I also spent some time on Foa island. I stayed in a bungalow at a place called Matafonua run by an expat family. The family were super nice. If you want to plonk yourself down and stay put on one beach then Foa island may be a good choice.

However, you can’t really go for walks etc. I was nervous about whether Uoleva would be too adventurous for me so it was reassuring to have a backup option with more creature comforts (such as electricity!)

I enjoyed visiting the local food market in Nuku’alofa. You’ll get to see what 100% seasonal eating on a tropical island is like.

I’m a New Zealander but until last year I hadn’t visited any other Pacific Islands (except for Australia and Hawaii). I wanted to see a little bit more of my own neighborhood. Not being one to follow the crowd, I chose Tonga.

Kate is leaving on another adventure in a few weeks, starting with a 5 week stay in Hawaii. You can follow her trip at RTW Travel Guide and 30Traveler.