Have you ever had a travel experience, or dreamt of one, that totally blows your mind? Such was the case for me back in 2006 in the highlands of Papua, Indonesia where I was to encounter something I had always dreamed of, in the remote mountains up in the clouds.

It all started with a chance meeting with two travellers on the Island of Sulawesi, in Indonesia. They had just come back from hiking in the jungles of Papua, and listening to their stories had me hooked. I had to go there.

With nothing else really planned, I booked a flight in the next few days to the city of Jayapura on the Papuan coast, and then connecting onto an old propellor plane headed to the secluded Baliem Valley in central Papua.

Before even landing the sense of excitement was kicking in. I love adventurous travel and leaving the crowds behind, and where I was going was what I dream off.

As you fly further into the centre of Papua, the jungle clad cover gives way to a thick blanket of cloud, and then jutting through all that, majestic mountain peaks, and ahead a large valley looms amidst it all. Upon landing, one of the first sights seen was of a naked man with a penis gourd, and a dead parrot perched on the head, walking along the runway. As the old saying goes; “You’re not in Kansas anymore”!

Tourists do make it into the Baliem Valley itself during the peak months, but are mostly contained within the valley, and are still limited in numbers. I was there during the off season and there were no other tourists in sight, but still I wanted to escape further away, to have a true adventure.

So after five days or so exploring around the valley, I organised a local guide to come with me, and we headed up into the mountain regions, away from it all.

Getting around up there is tough. We were lucky enough to hitch a ride on the back off a truck, travelling on a very rudimentary road for what seemed like forever, passing remote villages with thatched huts, until the road was no more. Now it was time to start hiking between the villages spread out in the highlands, often shrouded in cloud.

Staying in a Local Hut

Upon staying in a local hut, my guide heard of a huge gathering that was to take place up on a hilltop grass runway, that is used by the christian missionaries to transport themselves in on small propellor planes. It was something to do with celebrating fifty years of them being in the region, or something like that.

Despite not being keen on missionaries in general, we were both intrigued, and so moved in the direction where it was to take place, and upon arrival, quickly arranged a place to stay in a local teachers hut.

The next two days before the celebrations were to kick off in earnest, was used too roam around meeting the villagers, and get an even greater sense of where you were, and the history of the region.

The local people used to be constantly at war with each other. Different tribes attacking one another, and rather gruesomely eating the enemy as well!

Yes, they used to be cannibals and lived in a stone age existence, until the discovery of the valley in the 40’s allowed enough room for planes to land amongst the mountains. It was then that missionaries came in, and to their credit stopped the fighting, and brought about some modern ways.

Many of the people now wear clothes, but there are still some who walk around traditionally naked with just a penis gourd, and some body decorations. It can get quite cold up there, and they rub pig fat into their skins to help keep warm, not very appealing!

With my guide being able to translate for me, it was easy to meet and talk with them. They are some of the friendliest people I have ever met in over 17 years of travels around the world. I was so happy with what I was experiencing, but the main event was just to come that completely blew my mind, and left me in awe.

The day of the celebration had come. A dozen or so missionaries had flown in with two Aussie pilots, and I was the only tourist there to witness the event. It was truly a one off unique experience. It was meant just for the missionaries, and so I was very lucky to be there.

Now all the tribes in the area started descending onto the grassy field, that was the would-be runway. Some had walked for days to get there, and they came in their thousands. They would run down the field, one group at a time, shouting their presence to all around.

Pigs are highly prized up there, and many were to be eaten for the feast ahead. The pigs would be carried tied to wooden poles, and upon setting down would be shot through the heart with a bow and arrow. I couldn’t keep count of how many pigs there were, but could say up to a hundred, maybe more, maybe less.

Preparing for the Feast

During this time dozens of large earth ovens were prepared, with rocks being heated up over massive fires, big pits being dug, and the leaves that were brought in by the villagers at the ready. The whole area was now wrapped in smoke from all the fires, and with a low misty cloud coming down, it felt like something out of a fairy tale.

After all the pigs were expertly chopped up, the cooking process began. First some leaves are put into the pit, followed by hot rocks, and then another level of leaves.

Then the meat is put in, and then another level of leaves, and then some more rocks, and so on. Then the pit is covered in soil, and left to cook the meat for a few hours in the ground. I was hungry and in high anticipation of the meal to come!

During the wait for the food, the guide and I continued to mingle with the crowd, meeting tribal leaders to pose for photos. When the food was eventually ready, I sat down with a group of traditionally dressed people, in other words not dressed at all, and waited for the food.

Getting the Pig Ready

One thing I had not found out until now, was that the pig fat was considered the local delicacy. Now back home I do enjoy some pig fat with the meat, I would even say it is one of my favourite parts, but over there it was slightly different. Excited to try the meat, a huge bundle off it was placed between the group, but my wishes of smoky flavoured prime meat, were dashed by large clumps of fat.

The pig fat did not seem all that appealing to be honest, wobbling away attached to burnt skin. But you have to try anything once, so being offered a piece, I dug in. It wasn’t as bad as expected, but I was wondering where the hell all the good parts of the meat had gone. Still I was loving every minute off this.

As it grew dark, the villagers in their thousands started to move back from where they had come, and exhausted I dropped to the floor of my temporary hut, and with various small creatures crawling around my feet (rats?), I drifted into a deep slumber, with images of smoke filled skies.

The next day we decided to move on, as the area had returned to normal, and with my Indonesian visa running out, I had to get going soon enough anyway. Arriving back in the small town next to the airport after a long journey, part walking, part on the back off a truck again, I said my farewells, and booked a flight out for the next day.

Leaving was hard to do. I had such a good time there, and understood that it would be hard to come across something like this again. They do have these earth oven cook offs for the small groups of tourists that do come in, but I knew it wouldn’t have the same feeling for me, as randomly coming across a secret event deep in the highlands, away from it all.

Up in the sky now, I looked out from the window at the mountains slowly fading away, and thought off all the friendly people I had met in this astoundingly beautiful place, and wondered if I would ever return. I hoped that some day I would, and that others could discover a unique experience for themselves, somewhere in the world.

Jonny left home back in 1997 and has been travelling and living abroad ever since. Growing up as a child, he lived in many different countries due to his fathers work, which gave him at a young age the sense to experience and see new things. 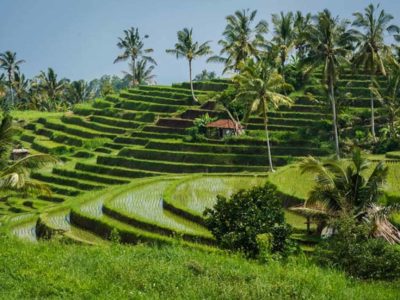 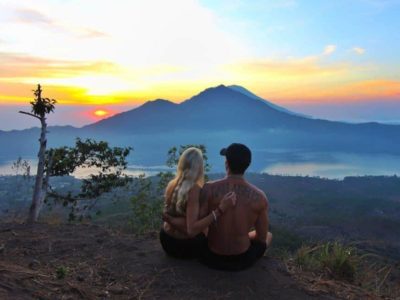 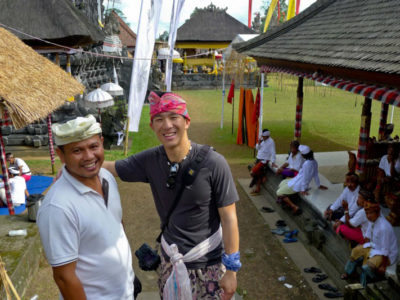