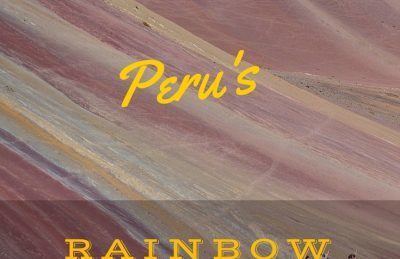 Most people don’t realize that Rainbow Mountain in Peru was virtually undiscovered until 2015 and only started accepting day tours in 2016.

When we first visited South America back in 2006 it hadn’t even been a thought in anyone’s mind yet.

But, since its uncovering (due to climate change), it has become a mecca for a lot of people who travel to Peru.

There is no doubt that Instagram has added to its popularity and backpackers flock on this full-day tour from Cusco to take snapshots of its iconic rainbow-colored layers of yellow, red, and orange.

Where is Rainbow Mountain?

Rainbow Mountain is located a three-hour drive from Cusco, Peru in the Andes Mountains. It sits at an elevation of 5200m. (17,060 feet).

Rainbow Mountain, also known as Vinicunca or Montaña de Siete Colores, (Mountain of Seven Colors) was created from ice melting and mixing with iron sulfide, rust, and other minerals in the soil creating a mountain landscape of rainbow colors.

It is now one of the most picturesque places to visit in Peru.

We began our Rainbow Mountain adventure by waiting for a bus. There were six people in my party; a group of travelers who had met in Cusco, Peru’s bustling tourist capital and we booked a tour together.

Rainbow Mountain tours cost an average of 100 Soles ($30), from Cusco’s innumerable travel agents. We splashed out by spending 130 Soles ($40) to secure a local operator with a reliable reputation.

It was supposed to collect us from one of Cusco’s narrow streets but after an hour of waiting on chilly cobbles, I began to fear there had been some mistake.

It was 3 am (tours to Rainbow Mountain leave early as it’s a three-hour drive from Cusco).

Down the street, people were spilling out of bars and clubs and into taxis.

Cusco has a strange twilight. Half crowds slumping home from a night out dancing, half trekkers waking early for a day of hiking.

Eventually, the only person in our group with a thorough grasp of Spanish made a call to the “Reliable Operator.” It turned out the bus had got lost, on the way to find us.

The drive to Rainbow Mountain is long. From Cusco we skittered across snaking mountain roads, under cover of blackness.

In total, there were about a dozen people in our Rainbow Mountain tour group; my party of six, plus some others the bus had picked up while failing to find us.

We were a mess of nationalities: English, American, Scottish, Dutch, Peruvian, and French Canadian, crammed into a tiny bus, trying to snatch a little sleep while the vehicle jerked along.

I managed a few minutes but realized I should have brought a travel pillow.

Just as the sun was coming up, the bus stopped in a pokey little village snuggled in the red valley.

There, the thoroughly juddered passengers were herded into a hut by our tour guide – a perky woman with a bright red jacket wearing a floppy hat.

Around a wooden table, we were fed a hearty breakfast of scrambled eggs and fried bananas, while village sheepdogs begged for scraps.

There were toilet facilities on hand, just outside the hut. That is, there was a hole in the ground with a tarpaulin wrapped around it.

Toilet Tip: It is Mother Natures toilet so be sure to bring your own toilet paper

That kind of bathroom really is a luxury when you’re on a mountain hike.

The walk to and from Rainbow Mountain is a day-long stagger at over 17,000 feet (5200 meters), tracing a dirt path between looming peaks of green and startling red rock.

But the altitude is punishing enough to turn even the sprightliest young athlete into a panting mess.

Don’t even think about trying the trek until you’ve spent a few days getting used to the elevation of the Cusco region.

I may not be the sprightliest young athlete, but I made a decent panting mess; lagging behind my group to take pictures, while we clambered up the escalating path.

How to Dress for Rainbow Mountain

It’s impossible to dress appropriately for Rainbow Mountain. At times on the hike, the sun bears down with relentless intensity, bringing skin to the boil.

High altitude demands strong sunscreen, liberally applied. But the slightest breeze brings temperatures dropping right back down to frigid, so it’s important to have a jacket or two on hand.

At times on the hike, the sun bears down with relentless intensity, bringing skin to the boil.

But the slightest breeze brings temperatures dropping right back down to frigid, so it’s important that you dress in layers.

Here are the recommended essentials to bring with you:

Being prepared for all kinds of weather is the key to enjoying this hike.

If you want more tips, make sure to read our guide to Layering for Cold weather.

Our tour group was one of many making the ascent-part of a solid column of hikers, several kilometers long.

Sadly, Rainbow Mountain is already seeing the effects of over-tourism. If you go, expect to share the mountain with up to 5000 people per day in high season.

Trekking during the offseason is highly recommended. But even then, 500 or more people will be on the mountain with you.

Tour guides trotted up and down the column with surprising speed, urging us forward.

The perky woman guiding my group kept shooting me desperate smiles and encouraging gestures; she really wanted us to be first party up to the top.

I wasn’t exactly in the mood to sprint. But a bright smile and a floppy hat were hard to argue with.

You Can Hire A Horse

For the truly exhausted, there was another option. Touts followed the column, gently selling horse rides up to the top for only 70 Soles per person.

70 Soles is a quite lot of money, especially when a lot of the horses look suspiciously like ponies.

If you do decide to do this, please make sure that the horse you choose is a healthy one. I know this is the way the local indigenous community makes money, but it also our responsibility to make sure that it is being done in a humane way.

For me, I hiring a horse would have felt like letting the mountain win, so I pushed on.

Rainbow Mountain is a slab of shifting colors – pinks and greens, and greys and yellows stuck into a bank of rock protruding upward from the Earth.

The famous rainbow hump is part of a whole stretch of coloured mountains, in shades of rose and blonde.

The climax of the Rainbow Mountain hike is a ridge overlooking the whole range, in all its spectacle.

Our group was only allowed 45 minutes at the top.

We struggled against buffeting winds as we tried to soak in every second of the view.

While we were there, a column of llamas threaded by us, herded by local villagers across the radiant mountain range and over the horizon.

It was like watching a set of cuddly toys trundle over the surface of Mars.

What does the full-day Rainbow Mountain itinerary look like?

It is a long day, so be prepared for more driving than hiking.

When to Visit Rainbow Mountain

Generally speaking, the best time to visit Rainbow Mountain is during the dry season which is March to November. That is when you are likely to have the best chance at good weather.

Regardless of what time of year you visit make sure to check the weather forecast.

There is nothing worse than spending 4-5 hours driving only to be greeted with a muddy mess that resembles nothing close to what you have seen in pictures.

If rain is predicted and you only have a little amount of time in the Cusco area then I would suggest skipping Rainbow Mountain altogether.

Should you pre-book your tour?

Deciding whether to pre-book a tour to Rainbow Mountain depends on how much you like having done for you before you arrive.

If you are like us and don’t want to bother going to the travel agents in Cusco to book it then, by all means, book your day trip beforehand.

You pay a little bit more, but you will have the peace of mind that it is all done for you.

If you book when you arrive then make sure to check the reviews of tour operators before you lay out any cash. The cheapest is not always the best.

How hard is it to Hike Up Rainbow Mountain?

A successful climb up Rainbow Mountain certainly depends on 2 things;

If you are already acclimatized and in reasonably good shape it is not too difficult. Yes, you will be out of breath and tired, but most of the path up is relatively flat.

It isn’t until you get to the last 1000 feet (300 meters) that it gets quite steep. Here, you will want to take your time and go slowly. You will be breathing heavily, but the views are worth it.

The hike back down was much easier and took us about 45 min to an hour.

The Altitude is no joke!

To put that in perspective, the summit of Mount Kilimanjaro, the highest peak in Africa, is 19,340 feet (5895 m) above sea level and that normally takes 5-7 days to limb. So you WILL be affected by the altitude.

The truth is that a lot of people really struggle on this hike. They don’t follow the advice of acclimating to the altitude in Cusco, and they are not really in good shape.

You will have a much better time and it will be a little easier if you are not fighting the effects of altitude sickness.

My recommendation is to not attempt Rainbow Mountain until you have given yourself a few days to acclimatize and get used to the elevation in Cusco.

When all was said and done, I would say that it is definitely worth a day of your trip to Peru to visit Rainbow Mountain, especially if you are spending some time in the Cusco region.

It was an arduous clamber, but well worth the early wake-up call and a little physical punishment.

Backpackers can be freaks for punishment. There is an urge to say: “I did this the hardest way, and it was more authentic for the difficulty.” Sometimes it’s an attitude that leads to silliness, like taking twenty hour local busses to save a few pennies, or eating local street food that you know will poison you.

I’m not sure it would have been that much less beautiful, with a nice hotel at the bottom and a cable-car to the peak. But its beauty would have felt less earned.

And I never would have known that it was worth the climb.

Check out our most popular articles from Peru 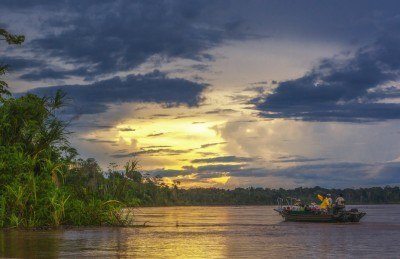 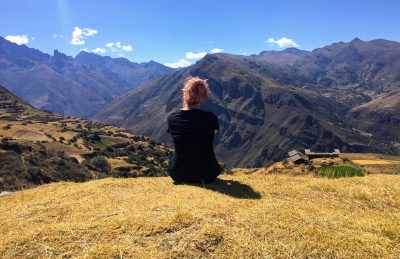 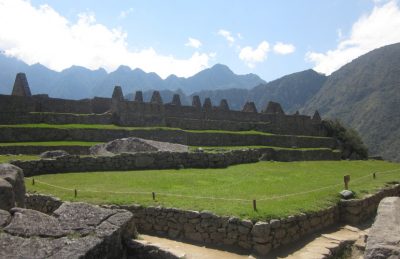 Machu Picchu Hike: All You Need To Know To Be Perfectly Prepared 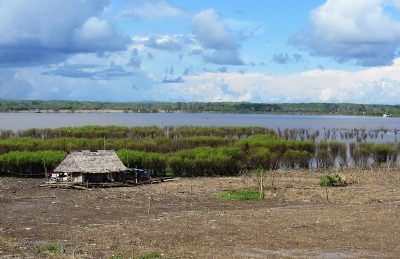 Iquitos – A tour of Peru’s Gateway to the Amazon

Elliott Gresswell is a freelance writer and hopeless traveler. You can follow him at www.irreverentprogress.com and follow him on Social Media at @tryingbrevity