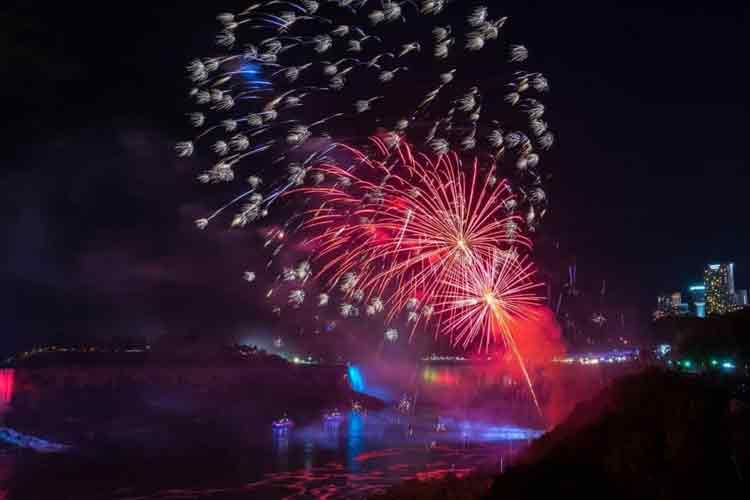 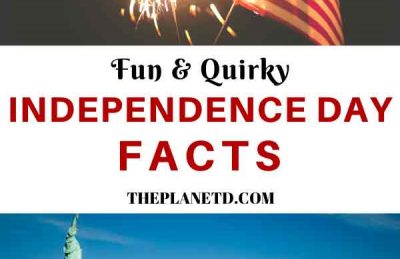 This is America’s Day! It was on July 4th, 1776 that The United States became an independent nation. From that day forward, July 4th has been known as Independence Day!

Who did the United States gain independence from? Britain of course. Before that, the US was a British colony, but they didn’t like that.

It was by winning the American Revolutionary War that took place from 1775–1783 that they finally won indepencence.

Another fun fact: The United States won it with the help of France!

Independence Day is a time to break out the barbecue, stock up on fireworks, eat a lot of hot dogs, and drink a lot of Budweiser Beer.

There are a lot of other quirky facts about July 4th as well. So we thought we’d round them all up in one place for you.

July 4th is the United State National Day and most patriotic day of the year. But it wasn’t until 1941 that Independence Day was declared a nation paid holiday.

With red white and blue blowing in the wind, Americans celebrate in their backyards and get together at night for exciting fireworks displays all over the country.

The first weekend in July is a big one in North America.

There’s a fact for you – Canada and the US both celebrate long weekends together in July.

The Statue of Liberty is America’s symbol of freedom. The torch represents enlightenment and it lights the path to liberty and freedom. The official name is “Liberty Enlightening the World.”

It was designed by French sculptor Frederic-Auguste Bartholdi just in time for the centennial celebration of the Declaration of Independence.

The tablet she is holding has the date July 4, 1776 engraved on it.

Both John Adams and Thomas Jefferson signed the Declaration of Independence and both died on the same day. Weird.

President Calvin Coolidge was born on July 4th, 1872, putting him forever into the history books.

Tom Cruise starred in the movie Born on the Fourth of July; that really has nothing to do with Independence Day, but the title works for this post. His birthday is July 3rd. Hmm.

Each year Americans light about 200 million pounds of fireworks! And most of them are imported from China – $247,100,000 worth.

65% of Americans own an American Flag. And you guessed, most are made in China.

7. Could have been a Turkey instead of an Eagle

Benjamin Franklin wanted the national bird to be a Turkey. He said the bald eagle is a bird of bad moral character, the turkey is a more respectable bird.

The First week of July is typically the busiest travel week of the year in the United States. (Something tells this year will be quite different)

9. More Coincidences on the 4th of July

Future Presidents John Adams and Thomas Jefferson both signed the Declaration of Independence. And yes, they are the guys that both died on the same day.

10. Philippines celebrates July 4 after Independence from the United States

Ironically, on July 4th, 1946, the Treaty of Manila was signed in the Philippines giving them independence from…The United States.

The nearby Crazy Horse Memorial is just 16 miles from Mount Rushmore and is just as impressive. It pays tribute to Crazy Horse, one of the last hold outs to surrender to the American government.

Designer, Korczak Ziolkowski promised the Lakota People that no federal funding would be involved and the project has relied on public funding for more than half a century. Read more here.

He was the president of the Continental Congress and one of the signers of the Declaration of Independence.

The favourite food for the 4th of July is the Hot Dog.

The Biggest Blockbuster movies of the year open on Independence Day weekend.

But Will Smith, he is king of the Independence Day openers with five out of the top 20 hits opening on this date in history.

Note: Will Smith stars in five of the top 20 Independence Day Movies

15. So what is Independence Day

Congress officially declared its independence from Britain on July 2nd, 1776. the vote on Richard Henry Lee’s resolution for independence was nearly unanimous.

John Adams assisted in the draft of the Declaration of Independence and felt that Independence Day should be celebrated on July 2nd.

Although it is widely believed that the Declaration of Independence was signed on July 4th, Only John Hancock and Charles Thompson signed it on July 4.

The rest of the 56 delegates from 13 colonies actually signed the Declaration of Independence on August 2, 1776, to make it official.

Why did they choose July 4th? July 4th was the day it was officially adopted and it had a couple of signatures, so why not?

Do you have any fun Independence Day Facts? What is the biggest patriotic celebration in your country? Is the beginning of July a long weekend for you too?