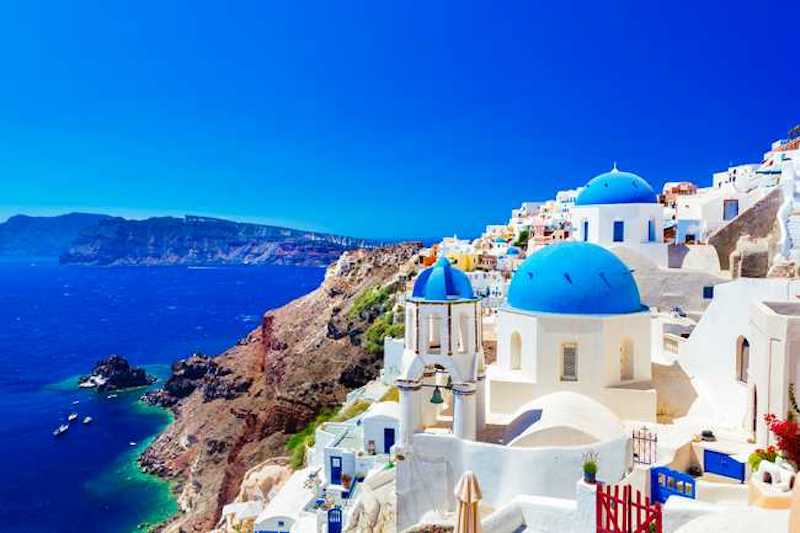 So, what attracts so many people to Greece? The beaches, mythology, and delicious food are a big part of it, but there's more to Greece than that. Keep reading as we go through the most interesting facts about Greece!

In 2008, 16 million tourists visited Greece. Ever since, this number has kept growing, having reached 28.7 million in 2018 making it one of the top 10 most visited countries in Europe.

We have broken this article into general facts, fun facts, and ancient facts about Greece.

Just click on the links below to read about the Greece facts of your choice.

If someone referred to Greece by its official name you probably wouldn't recognize it at first – but hey, that's what makes it such an interesting fact!

Greek people actually refer to their country as Hellas or Hellada and the complete official name is the Hellenic Republic.

In Certain Spots in Greece, You Can't Wear High Heels

Confused about this one?

It might sound a bit weird at first, but it actually makes sense. Remember when we mentioned that you can visit many ancient temples in Greece

Well, the reason why you can't wear high heels in certain places is simple: so that you don't end up creating cracks in the stone with the heel and damaging places with such a rich history.

Who enjoys a day of exploring and walking around in high heels anyway?

Read other weird laws around the world

The idea dates back to the fifth century BC and has influenced many of the modern democratic nations of today.

Name Days Are Almost As Big as Birthdays

What's better than having one day of the year that's all about yourself? Having two!

Many Greek names come from religious saints and each of these saints is celebrated by the church on a specific day. On that day, people with the same name as the saint are wished a happy name day and thrown a party with family, friends and even neighbors.

Some, like Marios and Marias, even have two name days a year!

The “Evil Eye” Is the Most Common Superstition Among Greeks

The evil eye has become a popular jewelry piece in many different places, but for the Greeks, it has a much deeper meaning.

More than for aesthetic reasons, many Greeks carry this token around for security, as it is believed that it can protect you from any curses an angry person might throw your way. Better safe than sorry!

The Yo-yo was invented in Greece

Even Egypt had early renderings of the Yo-yo.

We have a lot of facts about Greece to get through, but lets start with the quick list.

Capital City – The Capital city of Greece is Athens and it is also the largest city in Greece.

Where is Greece located? – Greece is located at the southern tip of the Balkan Peninsula. It borders Turkey, Bulgaria, Macedonia, Albania and the Mediterranean Sea.

Greek National Anthem – Hymn to Freedom or Hymn to Liberty. It was written in 1823 by Dionysios Solomos

Museums – If you are a museum buff, you'll love Greece. It has more archaeological museums that any country in the world. It isn't surprising since there are so many sites dating back to ancient times.

Okay, enough of the fast facts about Greece, let's dig into the best Greece facts about food!

Greece Is the Third Biggest Olive Oil Producer in the World

If all you need to be happy is a bowl of olives and some olive oil to dip your bread in, you have to go to Greece.

The Greeks have been producing olives since 3500 BC. It all started on the island of Crete.

Olives have been a big part of the Greek diet for many, many years and the ancient population even described its trees as sacred.

Nowadays, Greece is the third biggest olive oil produced in the world (only after Spain and Italy) and it has more varieties of olives than any other country. Drooling already?

Lunch is the Biggest Meal in Greece

The biggest meal in Greece is usually lunch.

Lunch is eaten at about 2pm and consists of small dishes known as Mezedes including dips like, Tzatziki, Hummus, and Taramasalata.

Dinner isn't eaten until after 9 pm and is usually a lot lighter.

One of the facts we can be sure of though, Ouzo is probably freely flowing!

Democracy was born in Greece

Greece is an ancient country and the idea of citizens taking part in ruling the government was born in Athens.

Greek Is the Oldest Language In the World That's Still Used

Greek was founded over 5000 years, which makes the Greek language the oldest written language to still be used to this day. Pretty cool record, isn't it?

Now, you might not know how to write full sentences in Greek but we're almost sure you know a letter or two in their alphabet.

Remember the beta and alpha symbols you learned in Math years ago? That's Greek!

Nowadays, the Olympic games are all about modern sports like baseball, basketball, athletics, cycling and, starting in 2020, even skateboarding and climbing.

Historians believe that the first-ever Olympics happened in 776 BC in honor of Zeus, the King of the Gods.

Crazy? They played sports like chariot racing and wrestling where things would get pretty bloody.

Even crazier? They played them while naked.

There Are Still Ancient Greek Temples in Greece

And you can visit them!

One of the main reasons why people travel to Greece is to see the remains of ancient Greece with their own eyes.

And trust us, you won't be disappointed.

The city of Athens alone has been populated for more than 7000 years so you can imagine the historic moments that have happened in this area!

Ancient Greece was composed of something called City-States and it was huge.

There were more than 1000 city-states and the largest were Athens, Sparta, Thebes, and Corinth.

Unlike many other cultures, Greek children don't move out when they're in college or starting their first job. Rather, Greeks usually stay with their parents until they get married, so they can then start their own family unit.

Furthermore, seniors also move back in with their children (and, in some cases, grandchildren) and stay with them until their last day. Explains why you don't find many nursing homes in Greece!

Greece is Composed of 6000 Islands and Islets

It might sound insane that one single country can have so many islands and islets but that's, in fact, the case of the Greek archipelago. Only 227 of the islands are inhabited though, so there's a reason we don't hear about many (many, many) of them.

The Blue Doors of Greece look beautiful, but they actually have a function.

In ancient Greece, the Santorini shade of blue was used to keep evil spirits away.

We may not believe in superstition, but the shade of blue known as kyanos to the locals certainly makes for a beautiful scene against the white concrete buildings.

The Island of Ikaria Is One of the World's Blue Zones

If you don't know what a blue zone is, this one might not seem that surprising at first. But trust us, it's a good one.

Blue zones are places where people tend to live longer than anywhere else in the world and where reaching 100 years old and feeling healthy isn't uncommon.

There are only five in the whole world and the island of Ikaria is one of them. How come, you might ask?

Well, according to investigations run by journalist Dan Buettner and the National Geographic, it's all about the lifestyle. Particularly, the Mediterranean diet.

Most Popular Tourist Destination in Greece

There are many places to choose from as the most popular destination.

Athens is clearly the winner and one would think that Crete, Santorini or Mykonos would be the top spots in the islands, but surprisingly after doing some digging, we've learned that Rhodes is the top holiday spot!

So, if you want some inspiration to start living a little bit healthier, this is the spot to visit!

Its old town and beaches make it the perfect escape.

Greece Facts: Which One Surprised You the Most?

Greece is a beautiful country with a long history and amazing culture, which explains why so many people pick it as their holiday destination.

If you can learn this much just by reading an article, imagine how many more interesting facts you'll learn once you land in the country!

Read about The Monasteries of Meteora Greece

So, which one of the facts about Greece that we listed today surprised you the most? Let us know in the comments below!

And if this article made you curious to learn more about this beautiful country, make sure to check our travel guide and start planning your next trip to Europe!

Enjoy all of these fun facts about Greece? Save it to Pinterest for future travel planning. 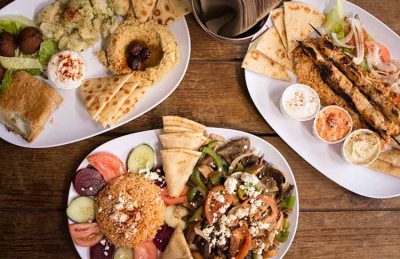 Greek Food – A Complete Guide to the Best Greek Cuisine