Dave’s Broken Back and a Little Healing Time

Last week we were in the Peruvian Amazon taking a cruise with International Expeditions. It was supposed to be a relaxing time but then Dave broke his back.

Dave’s Broken Back and a Little Healing Time

I mean, we’ve cycled from Cairo to Cape Town in Africa, driven a beat up car from England to Mongolia and survived climbing mountains, white water kayaking, epic wilderness treks and countless other adventures around the world.

Getting hurt on a cruise made for birdwatching, village visits, and daily boat rides out to explore the calm tributaries of the Amazon River wasn’t exactly a spot we expected anything to happen.

This was a comfort cruise with fine food and nightly entertainment for crying out loud.

It was 4 days into our voyage that we went for a jungle walk.

Dave decided at the last minute to run back to the skiff (a small river craft used to explore tributaries of the river that the cruise ship can’t get down) to grab his flash for his camera.

Looking back, we could almost see something was amiss.

We had actually discussed at length whether he should leave his camera bag on the boat or not. (normally Dave takes it everywhere he goes, no questions asked) The hike was going to be a short one, and did he really need all his gear?

I stood waiting for him to run the 30 meters back to the skiff and within seconds of him leaving I heard horrible cries.

To my horror, he had taken a terrible fall as his feet slipped out from under him and he came crashing down on the steel steps directly on his back. He didn’t have time to react and nothing but his spine broke his fall.

Seriously Injured but how bad?

Luckily there was a nurse on board who acted quickly organizing the guides, boat drivers and kitchen staff to carefully move Dave to a safer location on one of the padded benches.

Every move caused him to scream even while laying on his side with two people holding him steady.

I put cold towels on his back meant to give to the passengers to cool their necks but nothing eased his pain.

It was nearly an hour before we could make our way back to the main cruise ship. When we got there, it was an impossible situation.

How could we get Dave out of the skiff and on to the boat?

The staff ended up carrying him on a makeshift stretcher through his balcony window from the boat to rest on the bed in air-conditioning before deciding what to do.

Luckily, we have full medical insurance and a medevac was the only option.

We didn’t know the extent of Dave’s damage, but I know my husband, he doesn’t cry in pain for anything.

If we didn’t have medical insurance, I’m not sure if we would have reacted so quickly. We may have said, “let’s give it a few hours and see if the pain subsides” It would be a scary thought to know that you may be stuck paying for an expensive flight.

We had full medical and travel insurance through American Express Canada to cover transportation and medical costs.

We called them to inform them what was going on and they put our mind at ease assuring us that we were cared for.

The Very Long and Painful Day

It took four more hours of waiting for the float plane to arrive.

We were about as far out from civilization as you can get, being four days into the Amazon from the already remote town of Iquitos.

The only way in or out is by boat or flight.

Broken Back in the Amazon

The massive Amazon rainforest surrounded us from every side.

With the weather closing in, it was difficult to secure a plane to take us back to town.

At one point they were looking into calling the army! Finally, a plane came at 2 pm and once again, the crew and guides rallied together to carry Dave out through the balcony door onto the skiff boat to load him onto the tiny float plane.

I was terrified that he was going to be dropped in the water and started panicking. Retired nurse Joyce who had taken complete control of the situation reassured me that nothing was going to happen.

Strangely at this point, even though Dave was in extreme pain, he saw the absurdity of the situation and yelled at me to take some photos.

Once we got on the plane we thought it would be smooth sailing, but it wasn’t for another 6 hours that he would find a bit of comfort in the hospital.

It’s a long story that lasted 11 hours what happened next and I wrote about it here.

But we ended up landing in a village on the river where we caught a tuk-tuk and then an ambulance to the hospital.

It was an emotional roller coaster and all we wanted to do was get home.

There wasn’t a lot they could do for Dave in Iquitos except pump him full of painkillers and keep him lying flat on his back.

I stayed in the bed next to him in our private room and took care of as much as I could with the help of Jaime and Pam of Explorama: International Expeditions’ staff on the ground in Iquitos.

If it weren’t for them, I could have never gotten through this ordeal.

They helped with translation, and paperwork, and communication between Peru and our insurance company in Canada.

We arrived home yesterday by air ambulance and checked Dave into a hospital in our home town of Woodstock.

It is amazing to have him so close to home and family. And I can actually drive back and forth to the hospital.

In Canada – Recovery from Injury

He has fractured his L1 and L2 vertebrae and has been informed that it will be a long road to recovery.

The doctor told him that it could be several weeks in the hospital.

He would need another three months with physiotherapy to gain full mobility.

But at least he will recover.

He was warned it is going to be painful, but he’ll get through it. If was one vertebra to break in the spine, this is the one.

He doesn’t have a threat of paralysis, just a lot of pain.

Having been taken off the strong narcotics that he was on in Peru, he is now feeling the full extent of his injury and he is in more pain and discomfort than ever.

It brings me to tears to see him at the hospital as he cries out in unbearable pain.

I came home last night expecting to get a good night’s sleep so that I could be there for Dave at the hospital today, but instead, I am wracked with guilt for not being there to help him through his horrible night.

He messaged me this morning to say that he had a really bad night and he is going to try to sleep so I should come in a couple of hours.

I saw him during one of his episodes at 8:00 pm, and if his night was anything like that episode, it would have been unbearable. I should have been there so he could squeeze my hand.

He’s strong though and I know that he will be able to get through this. It is going to be a difficult road but he has a lot of support.

I’ve been leaving messages on my personal Facebook page all week and the overwhelming show of love has touched our hearts.

I read everyone’s messages each day to Dave in the hospital and it put a huge smile on his face.

Things could have been much worse and this is a setback, but it is a setback we can handle together.

The road to recovery is going to be a wild adventure and we’ll keep you posted every step of the way.

Note: A lot of messages have been coming in asking where Dave is staying. He is at the Woodstock General Hospital in Ontario Canada. Room 2522 Dave Bouskill.

A huge thank you to International Expeditions and the Explorama Team for taking care of us and checking in with us and especially Jaime who dealt with early morning calls from Deb ranting and raving about Dave’s medical state. They were true professionals.

Note: We are American Express Ambassadors, but we did not endorse our insurance company because of that reason, we endorsed it because they worked hard to get us home from Peru, secured an air ambulance and covered our medical costs. You never expect to use insurance, but when you need it, it’s good to have.

And finally thank you to Joyce and Ryan for tending to Dave on the boat. I would have been lost without you. Giving me advice and your professional opinion helped me more than you could know.

Read: how to pack a travel first aid kit 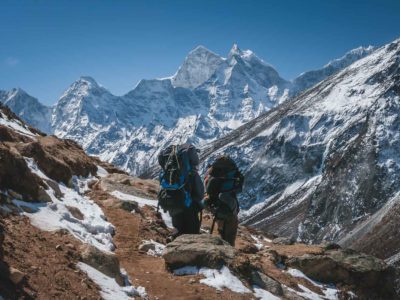 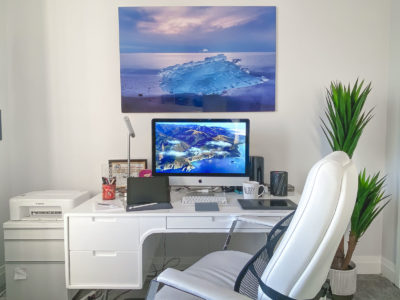 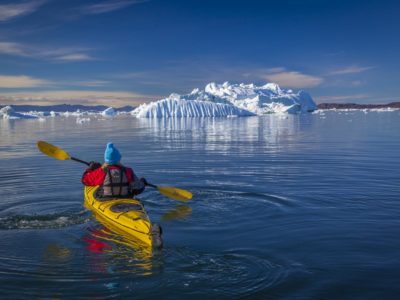 Home » Inspiration » Dave’s Broken Back and a Little Healing Time