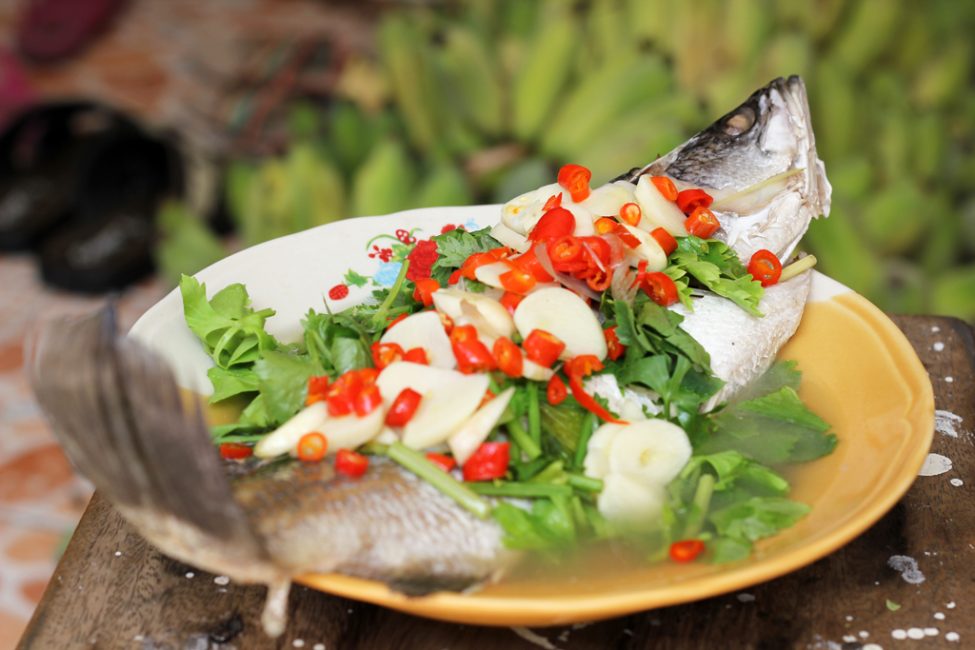 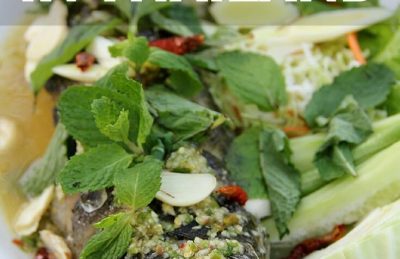 Food expert Mark Weins shares his favorite Thai Dishes that are not to be missed.

Fish is a major part of Thai cuisine, and in Thailand it’s not just the neat boneless fillets that are used, but the entirety of the fish.

Roasted fish in Thailand is stuffed with crushed lemongrass stalks, coated in a thick layer of salt, and roasted over low coals on the grill.

Tear away the skin, grab a chunk of the moist flaky flesh, dip it into the sweet and sour chili sauce, and you’ve got a bite to cherish!

Not being the prettiest of creatures, catfish luckily make up flavor wise for what they lose with their looks. Smoked over low heat, catfish soak up an unbelievable amount of smokiness to add to their addictive taste. The flesh remains firm, almost meat like, while the skin turns golden and crunchy!

Known as Asian seabass, or barramundi, this fish is first steamed plain and then drenched in a zesty lime soup. The heaps of garlic, fresh diced chillies, and cilantro are the taste-bud-awakening flavors that make it such a remarkable Thai dish.

Marinated in freshly ground turmeric root, then deep fried to a crisp, these little guys are the definition of comforting culinary satisfaction. Along with a big plate of rice, pla tod cumin is one of my favorite things to eat in Thailand!

Miang pla too is a little meal package that includes a fried mackerel, soft rice noodles (khanom jeen), lettuce and napa cabbage leaves, and a variety of different herbs.

In similar fashion to constructing a taco, grab a piece of lettuce, fill it up with noodles, a piece of fish, throw some herbs on top, and be sure to generously douse it in chili lime sauce before devouring!

Deep fried fish is delicious enough on its own, but take the fried fish and baptize it in a sweet and sour chili laced sauce, and you’ve got a recipe of ultimate tastiness.

Along with the marvels of intact fish dishes, various forms of stir fried fish are also common in Thai cuisine. Pad pla keun chai is a fantastic dish that’s flavored with oyster sauce and fried in combination with red chillies and baby celery leaves.

If there’s one Thai dish that boasts the quintessential tastes of Thai cuisine on a single plate it’s pla chon lui suan.

Steamed with a garden of vegetables, coated in a fiery hot and dangerously tart dressing, and topped with pungent slices of raw garlic and mint sprigs, each mouthful delivers a blast of culinary delight.

Simmered for over 20 hours in a bath of sugar cane juice and ginger, pla ta pien tom kem is a unique traditional Thai dish. The tender flesh is so soft that you can actually slice straight through the bones and eat the entire carcass!

Check out more food from around the world:

Mark Wiens was raised in Central Africa, graduated from university in the United States, and eventually migrated to Southeast Asia. On Migrationology, he shares discoveries from his obsession with food and travel. He also blogs about mouthwatering Thai street food, his untreatable addiction!