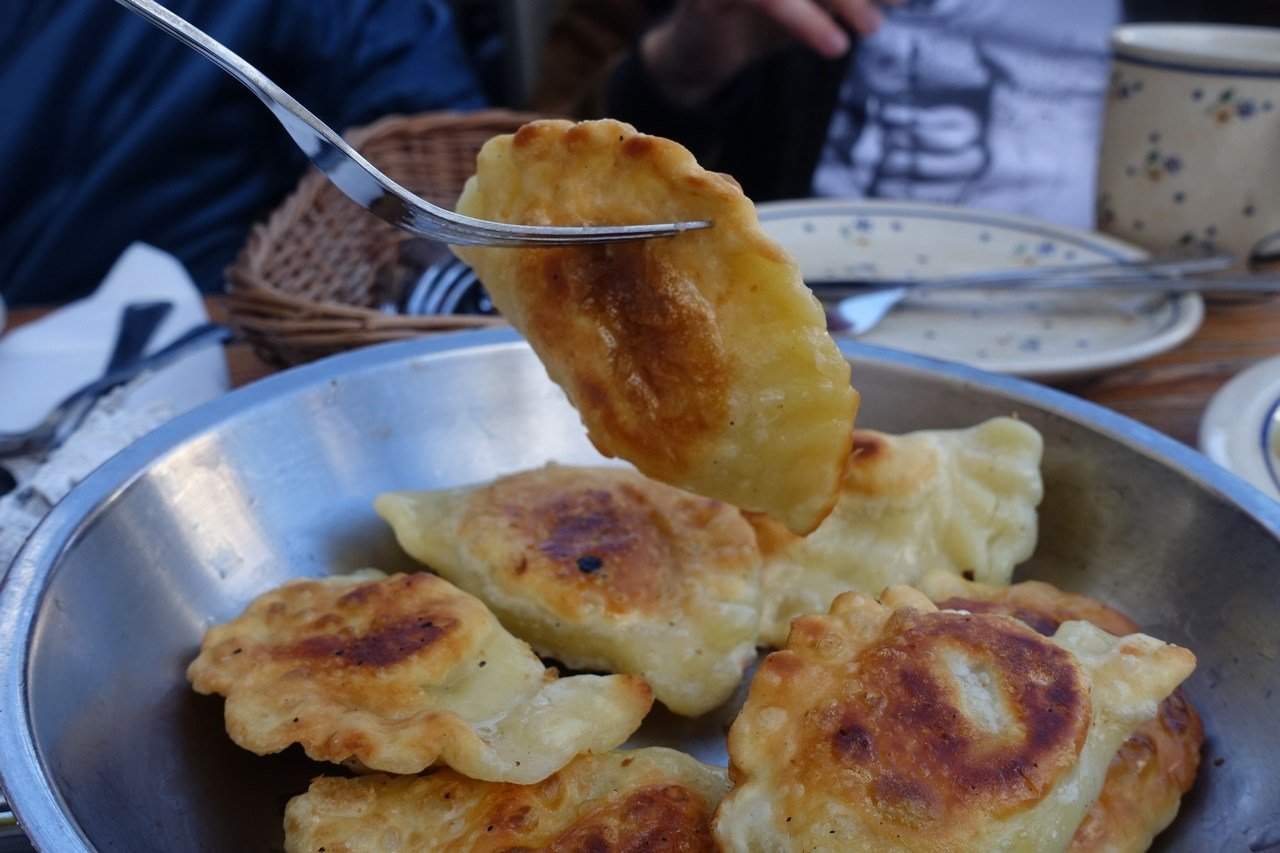 I have to say: before I left for my trip to Poland, my idea of Polish cuisine was pierogi and kielbasa.

While I did find those traditional foods aplenty, I also was surprised by the diversity of other foods in Poland, including some pretty amazing contemporary cuisine at cutting-edge restaurants.

On your next trip there, make sure you try some of the following.

You’ve got everything from your standard fare that’s been eaten in the country for generations to dishes that even molecular gastronomist Ferran Adrià would applaud.

You won’t get far in Poland without running into a pierogi, and believe me, you won’t mind. They’re what dumplings are in Asia, or empanadas in South or Central America: flat dough discs stuffed with delightful fillings and then boiled. At Zapiecek, which seems to be as ubiquitous as TGIFriday’s in the US (though much tastier in my humble opinion), we also sampled fried pierogi, which, frankly, I preferred.

The most common pierogi are filled with beef, though you’ll find both sweet and savory fillings like cheese, lentils, turkey and carrots, mushrooms and even fruit.

Read: 13 Things to Do in Slovakia

At home, I could take or leave vodka, but once I had my first szarlotka (also known as tatanka) beverage upon arrival, there was no going back.

Poland is proud of its vodka, and will argue to the grave that they — not Russia — invented it and then perfected it. Zubrowka is the brand of choice because of one unique flavor: bison grass.

The grass gives the vodka its distinct mellow vanilla flavor, and even decorates the inside of the bottle.

Mix Zubrowka with apple juice, and you have the szarlotka. It helps if you have the amazing light apple juice you can find in Poland rather than the artificial stuff in the US.

If you’re like me, you skip dessert at the end of the meal simply because there’s no room in your tummy. But after my fellow travel writers and I saw the cloud-like Burning Rose being delivered to a nearby table at Krakow’s Szaragez, we changed our tune.

The clouds turned out to be cotton candy, which was lit on fire to melt to a dish of raspberry parfait. The actual dessert was as good as the performance!

Read: Food from Around the World

One soup we had over and over again (not that I minded) was Zurek, or sour bread soup.

It was tangy and creamy, and at Hotel Bristol’s Marconi Restaurant — which got my vote for the best zurek — it also had a quail’s egg and bits of ham.

Check out the Poland travel guide.

On our last night in Warsaw, I swore I wouldn’t eat meat again. As amazing as the food had been, I was meated out. But then I saw steak tartare being prepared tableside at Stary Dom, and I knew I was a goner.

First he deftly chops the steak, then mixes in mushrooms, onions, seasonings, and other goodies.

The portion was way more than we could eat! I hated leaving it, but what can you do in a country that is so generous with its portions?

Poland surprised me in many ways, not the least of which was its memorable cuisine.

Read next: Why I Travel for Food and So Should You

When Susan Guillory isn’t running her marketing company, she’s traveling and writing about it on http://www.unexplorer.com/ She's written several books (business, as well as travel) and has been published on Forbes, Mashable and other sites.