The Remarkable Views from San Marino

Who has heard of San Marino? Don’t worry, you’re not alone. We hadn’t heard of it either. We thought that San Marino was a town in the Emilia Romagna region of Italy

We didn’t realize then that it was its own nation and a UNESCO World Heritage Site. I don’t know how many UNESCO designated places Dave and I have been to, but I know that San Marino is a place that definitely deserves the title.

San Marino is considered to be one of the wealthiest countries in the world per capita.

It only has about 30,000 citizens within its small radius of  61 square km but they all do very well in tourism, industry and finance.

Way back in 301 AD a monk from Rab, Croatia named Marinus of Arba came to this mountain with his friend Leo to escape persecution.

Marinus performed some miracles and developed a following, built a church and a community was born.

San Marino boasts the world’s oldest surviving sovereign state in the world, with a constitution dating back to the 17th century.

Check out Andorra, another tiny sovereign country in Europe

Where is San Marino?

The Italian Apennines to one side, and the Adriatic coast to the other, with views that are out of this world

If you haven’t seen the Italian Apennines, you should.

We’ve decided that they have much more charm than Tuscany and are equally beautiful.

As one local said to us, “We don’t call it Toscana anymore, the English have taken it over so much, even the Italians call it Tuscany!”

If you want the real Italy, go to the Apennines instead. We loved it there.  See our article Italian Hospitality in the Apennines.

With that said, the views from San Marino are a delight to see.

The Views from San Marino

Sadly for us, when we arrived the city was shrouded in cloud and spewing with rain.

We knew there was a view out there somewhere, but we just couldn’t see it.

Lucky we spent two days in San Marino because by the time the sun started to set, the heaven’s opened up and treated us to a spectacular scene.

Everyone in our party agreed that San Marino has the most beautiful view from a city in the world.

Sitting atop rolling hills and standing at 700 metres high on Mount Titano, San Marion offers panoramic views for miles around.

Each time we caught a glimpse from the city walls, our breath was taken away.

It didn’t matter which side we looked from, it was pure beauty. So we thought we’d share some of that beauty with you. Enjoy!

San Marino is famous for its duty-free shopping and we saw many women walking out with brand name purses and jewelry in hand.

We then hopped over to the Tourist Office to get our passport stamped.

No matter how much you travel, it’s always fun getting a stamp in the passport, especially when you didn’t expect it

A few days earlier, we didn’t even know that San Marino was its own nation. And what a nation it is.

During the rainy afternoon, we walked with umbrellas in hand through the narrow vehicle-free streets and peeked in the shop windows.

We took a tour of the castle, which is now the government buildings, to learn all about San Marino and how it was founded.

Learning about their government was fascinating.

It is no wonder that it prides itself on being a nation representing peace and freedom.

They don’t have one Head of State, but two.

Known as Captains these officials are elected or re-elected every six months and if they don’t do a good job, citizens can file a complaint against them.

Oh, how I’d love to be able to file a complaint against our Prime Minister Harper. He’s got some ‘splainin’ to do!

How to Get to San Marino

This is a BlogVille campaign, created and managed by iAmbassador in partnership with the Emilia-Romagna tourism board, ThePlanetD maintains full control over what we choose to write. 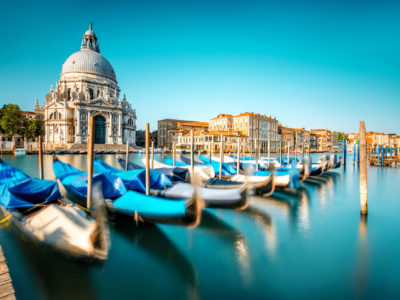 24 thoughts on “The Remarkable Views from San Marino”