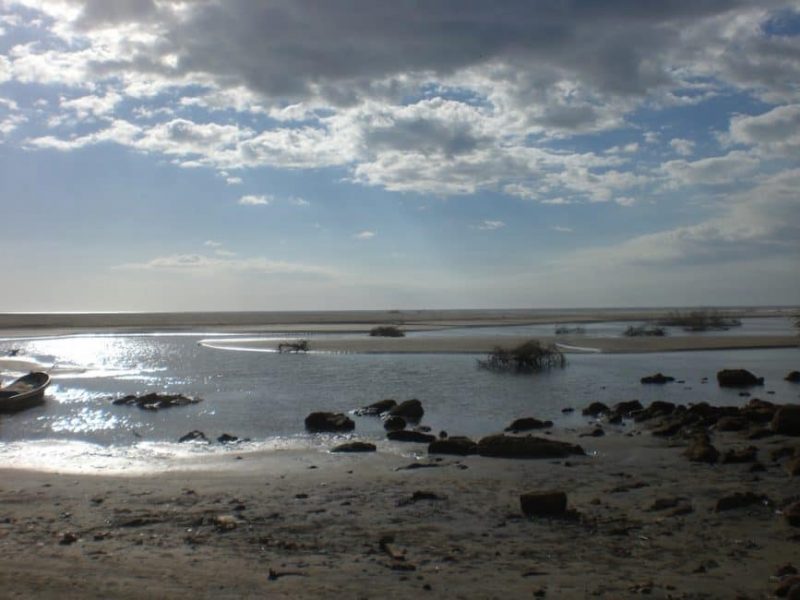 Countries like Belize, Guatemala, and Costa Rica are considered the top destinations in Central America. However, I am convinced that everyone should visit Nicaragua as it is highly underrated.

I was not expecting much from this small country that I knew nothing about, but I was positively impressed by it to the point that after my first visit in December 2013, I visited Nicaragua two more times since!

Needless to say, I fell in love with it, so much so that I always recommend a visit to anybody that is travelling to Central America.

Nicaragua is known for its surfing, but if you are looking for other things to do, these 9  reasons to visit Nicaragua will entice you to put it at the top of your travels.

Here are 9 fabulous things to do in Nicaragua that will make you want to put it at the top of your destination list.

1. It has gorgeous colonial cities

Located on the shores of Lake Nicaragua it’s just one hour from the capital Managua and is the country’s biggest tourist attraction.

It may be rather decadent and crumbling, but this decadence makes it even more gorgeous.

It is the most intensely political city in the country and is packed with young people, interesting museums and great art galleries and beautiful churches.

2. It is a volcano paradise perfect for adventures

Nicaragua is known as the land of lakes and volcanoes.

There are 19 volcanoes in the country and most of them are active.

Anywhere I went in Nicaragua, a volcano was within eyesight.

Nicaragua offers some of the best volcano hikes in the continent.

Be sure to hire a guide for safety.

The tiny Isla de Ometepe (which can be reached by ferry from either Granada or San Jorge, 6 km east of Rivas) has two volcanoes – Maderas and Concepción.

Nicaragua is also where volcano boarding was invented.

It’s an amazing adventure where intrepid travellers slide off the top of a volcano.

3. It has its own Caribbean hideout

Surfers love the surf of San Juan del Sur and sun worshippers flock to the beaches on the Pacific.

But Nicaragua has its very own Caribbean hideout at the Corn Islands.

Located 70 km from the Caribbean coast of Nicaragua, Little Corn and Great Corn are remote and beautiful.

Getting there may be a bit complicated – it involves travelling to Bluefields, on the Caribbean coast of Nicaragua, and then either flying or taking a boat to Great Corn Island and then another boat to the tiny Little Corn Island.

But it is worth the effort: picture pristine beaches, white sand, no cars at all, gorgeous seafood, snorkelling, and diving.

Read the story of volunteering in Nicaragua

4. It has great wildlife

Nicaragua is home to various kinds of monkeys, sloths, jaguars and ocelots.

It is also a good places to spot numerous species of birds such as the great green macaw, the motmot and the toucan.

Sea turtles also nest on the coast of Nicaragua.

The best part is that all you have to do is laze on a hammock at an isolated hostel, sit still and quiet and you’ll end up spotting all this amazing wildlife.

5. The food is really good

Food in Nicaragua is not as varied as it is in Mexico.

This small Central America country has some great fruit and interesting dishes.

Be sure to try two of my favourites.

Vigoron is a dish served on banana leaves which is made of a cabbage salad, boiled yucca and pork scratchings.

Quesillos are corn tortillas filled with thin slices of mild cheese and a salad of pickled onions and tomatoes, all wrapped together and over which abundant cream is poured.

Nicaraguans are kind and welcoming.
They are always willing to give a hand not only to each other but also to travelers.

Poverty hasn’t toughened the heart of these people, who don’t try to take advantage of travellers but rather show pride for their own country.

Where else in the world can you bump into a Christmas party to seek shelter from rain and be actually welcomed to join the celebrations?

Compared to Costa Rica, Nicaragua is much cheaper.

A litre of beer costs $1.30. If you really want to splurge, a gourmet meal will cost no more than 15 dollars.

8. There are chicken buses

The crowded, old buses that have been driven down from North America are the most common means of transportation in Nicaragua.

They are uncomfortable and on the slow side, but they are very cheap.

They go everywhere and they are great to get a picture of the local life.

9. Nicaragua is Free From Crowds

Nicaragua is never crowded with tourists like Costa Rica, Belize or Honduras.

Even at its peak season (December through March) the crowds are light.

I’d dare say that this is destined to change though, for more and more people are getting to know this amazing country.

If you are traveling to Central America, be sure to visit Nicaragua, you will fall in love with the country just as I did.

11 Fun and Not-so-Obvious Things to Do in Cuba

The Remote and Beautiful: 10 Reasons to Visit St Helena

7 Stunning Off The Beaten Track Places to Visit in Portugal

A former human rights lawyer and academic, after devoting her life to the protection of cultural identity, in November 2013 Claudia decided to give in to her biggest passion and started travelling around Latin America, and she has hardly stopped since.