I didn’t want to climb a volcano. One of my biggest fears is to be burnt alive by lava. I didn’t know what to expect when climbing Gunung Batur, I just knew I was apprehensive.

Ever since watching “Volcano” with Anne Heche and Tommy Lee Jones, I have visions of slowly burning alive. The way that guy from Fargo did during the scene in the subway. Yikes!

But climbing Bali’s Gunung Batur was nothing like the scary movie scenes of Volcanic eruptions. It is a beautiful hike with incredible scenery.

We had come to Bali for many things  and climbing Gunung Batur was at the top of our list! So I wasn’t about to admit that I was chickening out.

Gunung Batur is an active volcano in Bali. but you won’t see any lava fields flowing by as you walk up the trail. And you won’t have to worry or fear that you may tumble into molten lava.

I really should have done my research before we climbed and I would have known this.

I would have been much happier the night before and I would have had a much better night’s sleep.

Instead, I lay awake all night fretting and waiting for our 2:00 am wake up call.

Gunung Batur is an Active Volcano

Gunung Batur (Mount Batur) is only 1700 meters high, but it is one of the most popular things to do in Bali.

It’s a pretty easy distance but it is a tough climb up that will get the lungs burning.

We booked our tour from Ubud, but you can also climb Mount Batur from Kuta as well.

Book your own Hike up mount Batur – Pack your sunglasses, camera and hiking shoes as you take in panoramic views from the summit of Mount Batur. This 10-hour tour includes transfers, a stop at a coffee plantation, breakfast, and a local guide.

It seemed that I had just finally closed my eyes when our driver Anung, met us at our bungalow in Ubud for the early morning drive to Mount Batur.

He lifted my spirits with his warm smile and hot breakfasts in hand.

We hopped in the back seat of his shiny SUV and we drove in luxury eating our hard-boiled eggs and fresh fruit before our rugged trek.

We stopped to get our permits to trek up this active volcano and then with a quick introduction to our guide Nyoman we were off by 4:00 am.

Armed with our boxed lunches we were trekking this mountain in the dark. We had no idea where we were going, and could only imagine the scenery at this point.

The Trek up Mount Batur Volcano

Our guide Nyoman set a fast pace and there was little talking as we hiked in the dark.

I didn’t enjoy myself at first as I still didn’t know what to expect. I had never seen a volcano before this climb, let alone climb on one.

We stopped to catch our breath and I was surprised just how much I was huffing and puffing.

Climbing a volcano is quite tiring as the black rock is loose and the slope is steep.

We had just climbed Mount Kinabalu in Borneo a few weeks earlier so I thought I would be a breeze after that, but I was breathing heavily all the way up.

Sunrise over the Volcano of Rinjani on Lombok Island

Even though I was tired, the climb went fast. It only took about two hours to get to the top.

We made it to the lookout with more than enough time to catch the sunrise.

We found a pleasant spot in a shelter with benches to sit on.

There were quite a few of us lined up side by side waiting for the sun to come up.

It’s a popular spot, especially since it was named a UNESCO Global Geopark in 2015.

As soon as the sun crested the horizon we were all armed and ready with our cameras and videos.

The sunrise was spectacular.

We were on the top of Bali and the sky was ablaze as the sun rose over Lombok, Indonesia, and Gunung Rinjani.

It was a slow rise and we had more than enough footage.

By the time it was actually daylight we were frozen wrapped in our skimpy sarongs.

The climb was a sweaty one and to sit for an hour waiting in the cool and damp darkness took its toll.

The warmth of that sunrise couldn’t have come too soon and now that all of my fears had subsided, I couldn’t wait to move on to see the volcanic crater of Gunung Batur.

We climbed on after sunrise to the rim of the newest volcanic eruption in 2000.

Our first stop was a deep hole in a cave where we watched a lot of volcanic steam rise from the depths of the earth.

Animals Were Sacrificed to the Volcano

Steam was everywhere and Nyoman told us that yearly sacrifices were held each year by the local villagers to appease the volcano Gods.

Live water buffalo, goats and chickens were ceremoniously dropped to their deaths. This was done to stave off another eruption.

I just felt bad for the animals and I imagined the sight of the poor buffalo being hoisted by rope and pulley over the deep crater.

The last major eruption on Batur was in 2000 when the mountain let us ash reaching 300 meters into the air.

Cooking an Egg in Gunung Batur

After cooking an egg in a steaming hole, yes it is that hot that one can boil an egg, we went on to view the old lava flows and more smoking cones of sulphur.

You could feel the heat all around you and steam rose from everywhere.

Will another eruption occur at Gunung Batur?

Vulcanologists are expecting Gunung III to go next and although they monitor regularly, you just never know when it will erupt.

All around you could see rocks that had been thrown into the air from the angry depths of the earth.

There is potential for some serious injury if you happen to find yourself standing next to a spot that is ready to blow.

They left behind holes with gas spewing from within and I imagined being right there when it happened.

Life at a Volcano

I was amazed to think that people can comfortably build homes and businesses at the base of this still active volcano.

Earthquakes occur more frequently and there is a lot of activity.

It could erupt at any moment, but villagers go on with their daily lives.

We trekked through the morning on trails hugging the edge of the crater.

The landscape changed drastically as we walked from black loose sand from the most recent eruption to lush green grass on the older craters.

We witnessed the strength of Mother Nature, she can rebuild and thrive even after a disaster.

Years later, the soil near a volcano is filled with nutrients.

It ended up being a beautiful day. I walked and talked with Nyoman as Dave stopped regularly for photographs.

I learned about village life and history as Dave absorbed the surroundings and nature.

I am very glad to have sucked it up and climbed Gunung Batur.

It wasn’t the big bad scary lava flowing experience that I was expecting. It was an invigorating climb with spectacular views.

Once we reached the lookout, the day consisted of a leisurely trek from mountain to mountain and along craters.

We were at the bottom by early afternoon with not a care in the world.

At first he was quiet and probably didn’t know what to expect from us, but as the day went on we talked openly and frequently.

We talked about family and friends and life in Bali.

We enjoyed his company but knew full well that we would never see him again.  And it ended with a wave goodbye as we caught our air-conditioned van back to Ubud.

That is what is odd about travel, you bond with people and learn all about their lives. You share intimate details and then never see one another again.

Book your sunrise Mount Batur Hike – Climb above the clouds to Mount Batur’s Summit with a local guide. Take in the views of Lombok and the natural landscape. Perks include Breakfast, tea, coffee, transfers and a visit to a a local coffee plantation. (free cancellation with 24 ours notice) 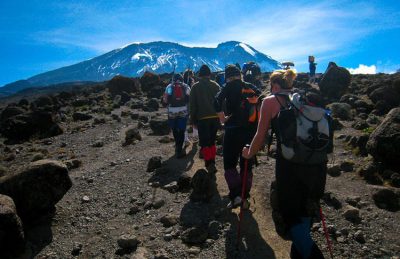 Complete Guide to Climbing Mount Kilimanjaro – How Hard is It? 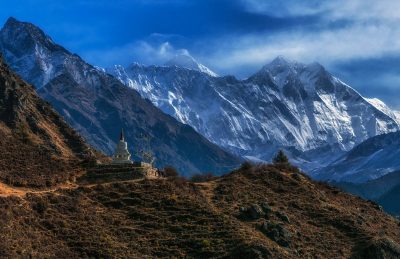 21 of The Best Treks in the World 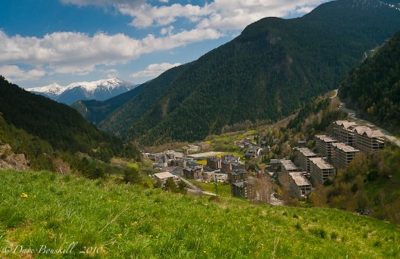 Facts About Andorra – Europe’s Tiny Country in the Pyrenees 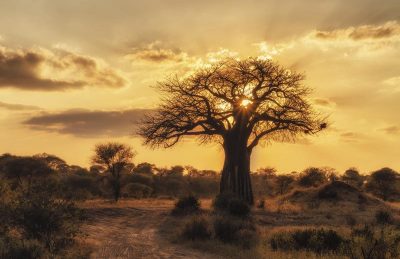 16 Amazing Things to do in Tanzania – Dream Trip