A Tour of Haw Par Villa in Singapore

When visiting Singapore, one of the most interesting places to stop in at is Haw Par Villa.

We didn’t even know that this cultural park existed before we arrived, but our friend Gilbert who is a resident of Singapore took us on a great tour to the village on a hill that is located Pasir Panjang.

He used to frequent the village as a child and it was fun to see him walk through the Ten Courts of Hell while reliving the stories he was told about Chinese mythology.

All About Haw Par Villa

You may have heard of Tiger Balm? Well, Haw Par is the owner of the Tiger Balm Brand, and it was this company that built Haw Par village.

Haw Par Villa stands on8.5 hectares of land. It was built by Aw Boon Haw in 1937. He was a millionaire philanthropist from Myanmar who fled the country and built his fortune.

The park was named after his brother Aw Boon Par and himself Aw Boon Haw.

It is a pretty fascinating place and we were shocked to see that we were one of the very few visiting the village that day.

A tour takes you through more than 1000 statues and models depicting scenes of torture and judgement.

We got a kick out of thinking that this was a popular spot for parents to bring kids when Gilbert was growing up. It would have given us nightmares for sure!

We didn’t know the first thing about Chinese Mythology, so it was amazing to have Gilbert explain each exhibit to us.

Tours are provided by the park, and we highly recommend hiring a guide to understand what you are seeing.

You can book a Haw Par Twilight Walking Tour to learn about Haw Par Village and the Haw Family memorials and monuments.

This is creepy enough in the day, a night tour is a must!

As westerners, we hadn’t heard of Madame White Snake or the stories of the Eight Immortals. But they are well-known in Chinese culture.

The Ten Courts of Hell.

The most interesting and shocking exhibit at Haw Par Villa is the 10 Courts of Hell.

It tells the story of the ten steps of judgement before reincarnation.

According to Chinese legend, after death, people must pass through 10 courts of judgment before their admission into heaven.

It is surprising to see that children visit this exhibit as it is pretty graphic showing torture and suffering.

There is another intricate display about the 8 immortals invading Neptune’s Palace.

It’s an amazing diorama of a the eight immortals fighting the Dragon King of the East Sea.

There are 150 Dioramas at Haw Par Villa and this is certainly one of the most memorable.

The Romance of the Three Kingdoms.

Other statues to keep an eye out for are The Laughing Buddha, an armed monkey, and Mercrab.

Haw Par Villa is odd and strange to say the least, but if you get a chance to go to Singapore, stop by this interesting cultural park.

You will be visiting one of the most unique theme parks on the planet.

Keep an eye out for the upcoming exhibit The Hell’s Museum.

Looking for where to stay in Singapore? Check out this in depth guide by local writer.

Definitely brush up on your Chinese Mythology and legend before you leave or hire a guide to explain each scene, it will make it much more entertaining and interesting.

I think that if you were to go to the village and simply look at the statues, you would simply find it bizarre and confusing.

But to have someone tell you the stories as you look on, it is pretty amazing.

For more information on Singapore you may enjoy these articles: 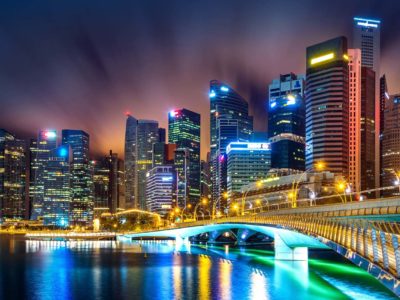 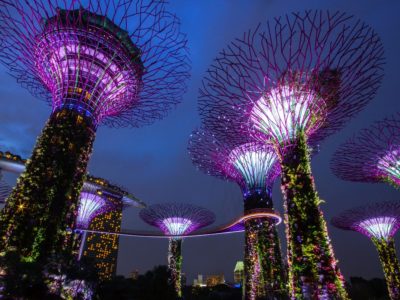 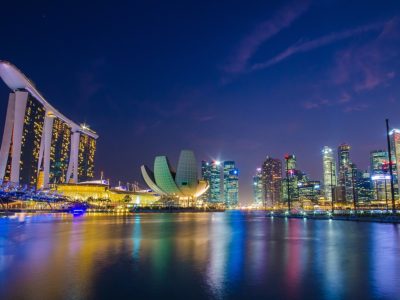 10 thoughts on “A Tour of Haw Par Villa in Singapore”