Volunteering in Nicaragua – Building a School and Giving Hope

Today’s post comes to us from my sister Teresa Wilson, a woman I admire for her convictions. When I put out the question in search of people to write about their experiences giving back while traveling abroad,  I was excited by the response. Travelers are a very giving bunch.  We feel compelled to help the communities that we travel through and want to give back somehow.

But I cannot forget there are other people out there that give to less fortunate nations even when they have not stepped foot on their soil in the past. For a woman to pick up and leave her comfort zone when she has never left North American soil for Nicaragua is a testament to her bravery and strength.

“A small town Canadian girl (yes I call myself a girl even at 46) gets a chance to go to a Central American country to build a school not once but twice! How sweet was that?”

Here is a post about her first big leap into the world to help a small community in Nicaragua, and how it changed her perspective so much that she decided to do it all over again.

Why Volunteer in Nicaragua?

To exercise this faith I claim to have and to experience life outside this security of home. Walk the walk if you will.

I went in 2007 for two weeks to build a school. At this point in my life I had never left North America.

I overheard a conversation at church about a mission team being put together and I commented that I would love to do something like that. The rest as they say is history.

Who knew, besides God, that that small statement would lead to 2 trips to Nicaragua.

Now I know there will be people out there who will see the God reference and go “Oh no, not one of those” Do not dismiss God because of the actions of people. That is all I will say about that.

It was even better this second time as I brought my 16-year-old son Joey.   We were joined by 10 other people making up our team of twelve.

When we landed in Managua Nicaragua, nothing could prepare me for the heat.

It was July and it was sweltering as we loaded up our vans with 24 hockey bags.  Each filled with 50 pounds of school supplies, gift bags, and medical kits.

We were driving to Angels Inn, in Managua were we stayed until we leave for Somoto.

As far as traffic laws go, I would have to say they appear to be open to interpretation. Cars zipped by as our driver weaved in and out of traffic honking his horn. Every traffic light is an outpost for street vendors selling everything from frozen water to cashews; which were delicious by the way.

I had never seen real slums before. Homes were made of garbage and street kids swarmed the van when we stopped to see some of the buildings that remain from Managua’s once-prosperous past.

There is a cathedral with its clock frozen at the exact moment of a December 1972 earthquake.

Yes, foreign aid pours in but it is used to line the pockets of the rich resulting in the country being what we see now.

It has been a battle for the working class of the country. There is a huge gap between the haves and the have nots.

We visited a few orphanages, where the children were filled with joy and we were uplifted as we took part in their soccer game.

The hospitals however were a different story and we witnessed the poor conditions that people face each day.

The line ups and the lack of distraction from the suffering was evident in the faces of the patients.

“As far as helping the locals; We in free countries are showing by example that you have to care for the little guy. Since it is by grace that we are were we are here and not there.”

The people of Nicaragua are in no way under the illusion that they can count on fairness treatment as fair wage, freedom in this very poor country.

Its citizens are undernourished, under-educated, and basically uncared for by the government.

We brought our medical kits purchased here in Canada for $575. It was medicine that is close to expiring, but in Nicaragua they eagerly received it and it would be used right away.

These kits can contain up to $10,000 in medicine which would have been disposed of here as garbage.

People all over the world in need of medicine and Canada is putting it in the trash.

Although this trip we did notice some semblance of a growing middle class.

What will that lead to?  Let us hope that they don’t follow our lead to simply accumulate stuff to fill their lives.

From the city we move to Somoto; a town close to the Honduras border  with a population of about 30,000.

The street is lined with fresh produce plantains, pineapples, mangos, lemons, limes, and avocados. I was in heaven tasting the rich flavor.

People great each other with warm friendly smiles. It is here that our work began.

Building a School in Nicaragua

Just on the outskirts of town, we build alongside the locals, we began to build the school. And man can they work.

It was painstaking work as we stack the cinder blocks by hand. The cement was mixed by hand and carried in pails.

Everyone had their jobs mixing, molding, and laying the bricks.

The scaffloding was shakey to say the least, but together we got it finished after several days of working in the heat.

The women brought us water with pails they carry on their heads. Did I feel bad wasting it? Oh yeah!

It was an eye opening experience and I hope that it changes my son’s view on life. He is now looking into ways to help with Habitat for Humanity.

Sightseeing is Part of the Experience

We did get to do some sightseeing while we were there.

Just a  Nicaraguan hop skip and jump we went tubing down the river as the walls of the canyon soared 250 meters.

Huge cacti are growing right on the rock face.  Absolutely amazing.  It only costs $5.00 and at that rate, tips can be generous.

The plant life is everywhere and the jungle is lush and green. For this first time traveler, it was an experience to contend with bugs, spiders and beatles.

When it came to the spiders, I really got to see what I was made of.  We survived and I felt so strong. They were the size of my hand, no kidding!

Nicaragua is growing in tourism and I can understand why. Its natural wonders are beautiful.

We got up close and personal with a live volcano and we went for a canopy tour and zip line over the rain forest.  So exhilarating.

I have never felt more alive in my whole life as I did those 2 weeks. The beauty of it’s land is matched only by the beauty of her people.

Canada is a great country and we are truly blessed to have what we have but we are also blessed when we share. Thinking outside of ourselves is the greatest gift we can give. Praise God and journey on!

Teresa Wilson is a certified natural health consultant. You can visit her website at thewellnessinyou.blogspot.com

If you are interested in finding out more, PAN Missions Canada offers trips each year to help the people of Nicaragua.

From Deb: I love reading this post, because it brings back the wonder of that first travel that many of us travel bloggers have forgotten. That first wall of heat and humidity that hits you when you step off of the plane, that first ride in a taxi through crazy traffic and that first encounter with creepy crawlies in the jungle. 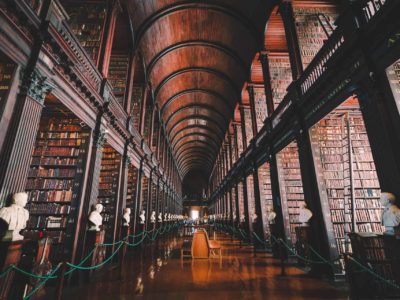 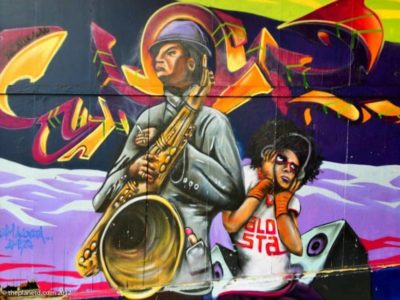 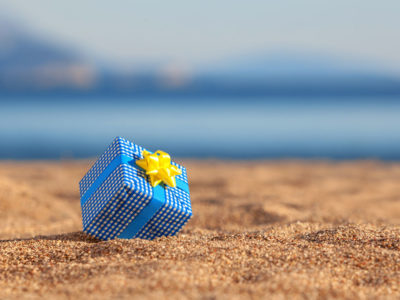