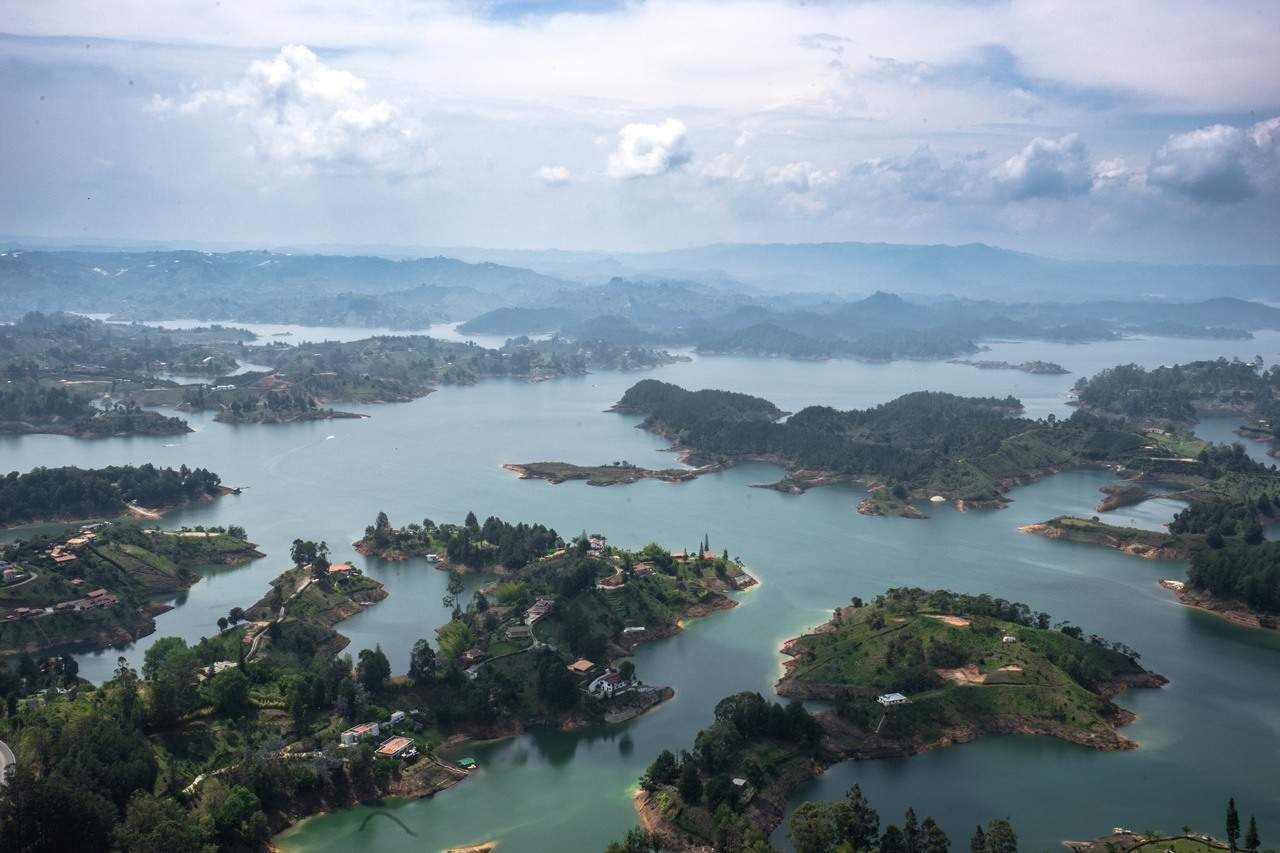 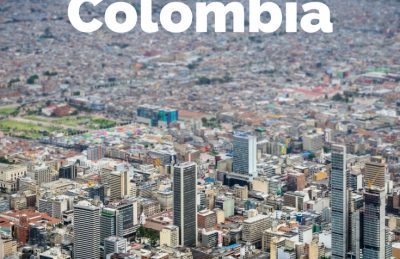 Guest Writer Aram Balakjian shares his reasons to visit Colombia and why it is more than cocaine.

There are few countries so bound by a single association as Colombia is to cocaine.

Yet Colombia is a country rich in diversity, beauty, and ecology (in fact it is the second most bio-diverse country in the world after Brazil). 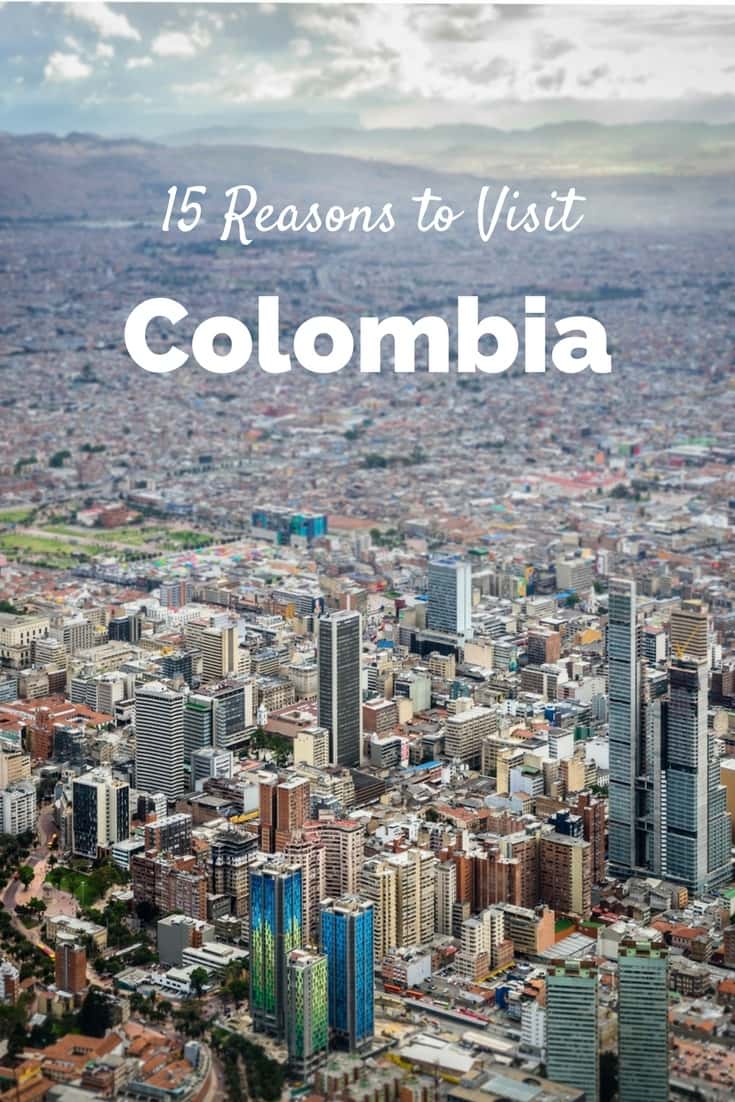 15. The best view in the world 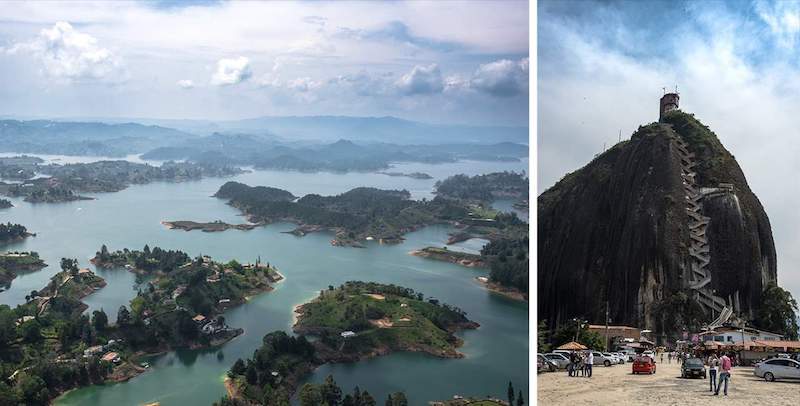 The reservoir was formed during construction of a hydroelectric dam in the 1960s and now produces approximately 13% of Colombia’s electricity. 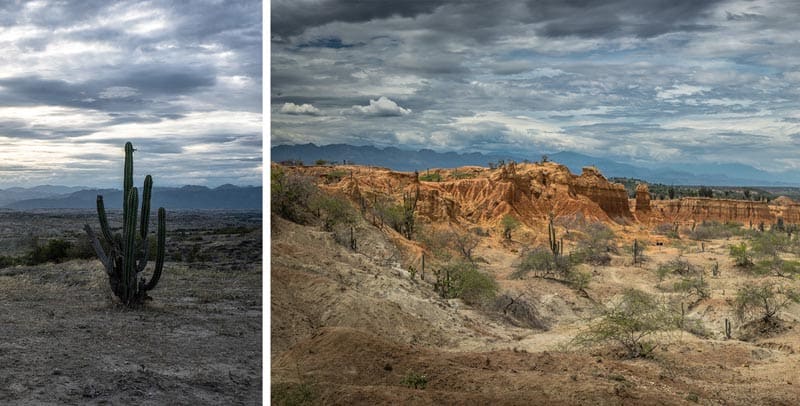 The view out to Tatacoa Desert, a tropical dry forest with a rich, colourful terrain, teeming with life both past and present; it is considered one of the largest vertebrate fossil sites in the Americas and as such has been designated a UNESCO world heritage site.

13. Storms from the gods 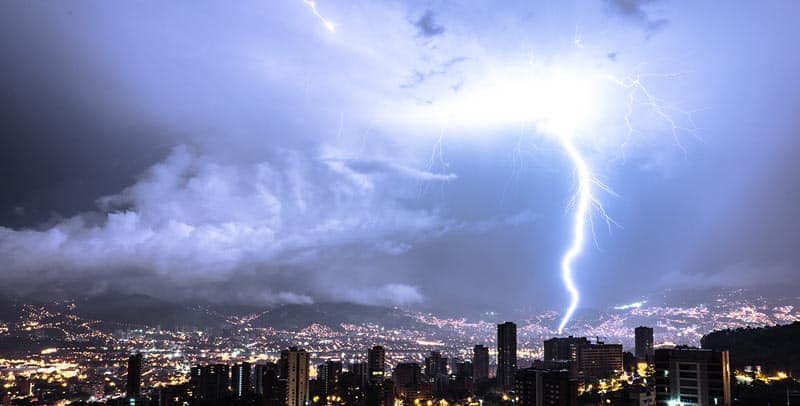 As the rainy season arrives, lightning strikes the city of Medellin.

Because Colombia is hot and mountainous, storms are often delivered in epic fashion.

At peak times of the year, these storms form a constant dramatic backdrop to the city.

Read: 17 of the World’s Best City Skylines in Photos

12. Mysterious worlds in the sky 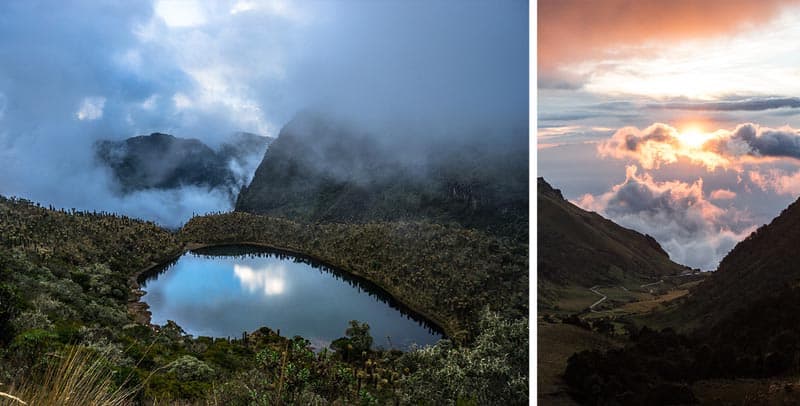 The view down to a small lake in Los Nevados National Park.

11. Driving roads to die for 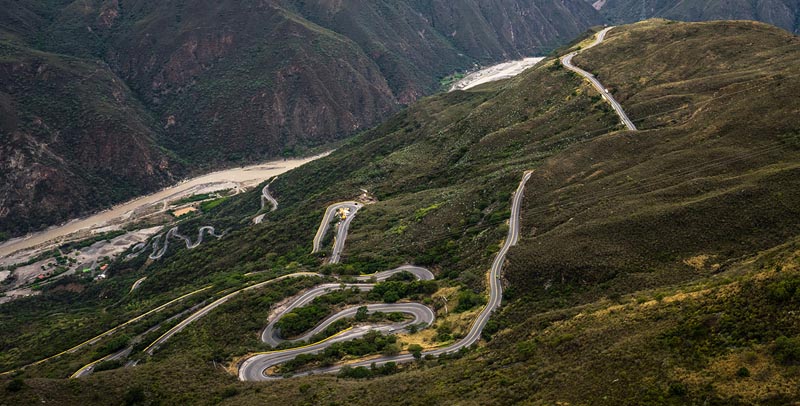 In true Colombian style, it even has a mini theme park at the summit! 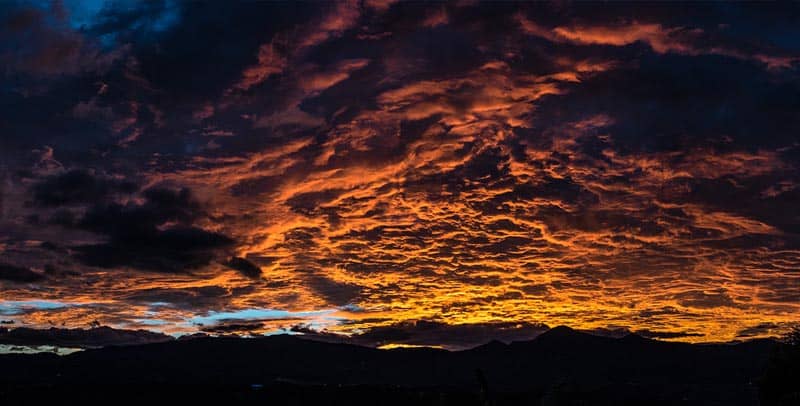 Due to the intense sunshine and changeable clouds, sunsets in Colombia can seem to set the sky alight.

This one was captured over the town of Chachagüí.

9. Fruits you have never seen 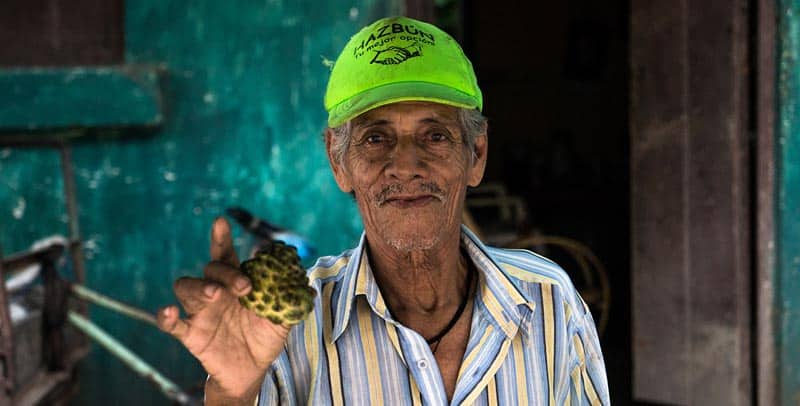 Biodiversity does not just mean plants and animals, Colombia has a myriad of edible diversity too!

Here a man holds up a Cherimoya (Custard Apple) he is selling. Inside the fruit is filled with hard black seeds which are covered with a sweet silky skin that can be gently sucked off, one by one.

Read: Moroccan Cuisine – Foods to Try and How to Eat Them

8. The tallest palm trees in the world 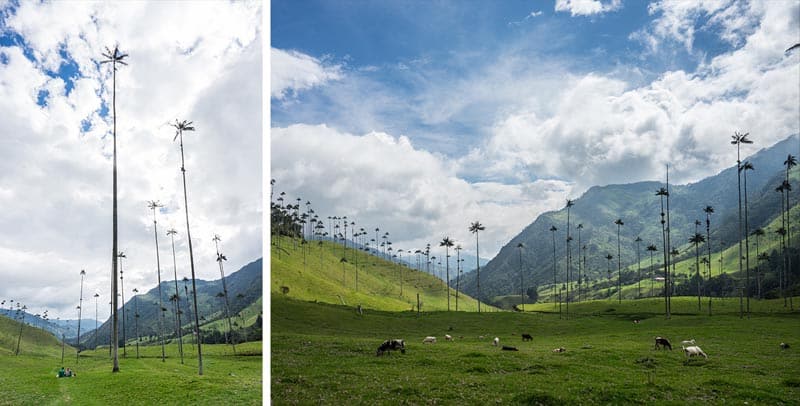 It’s an odd thing to claim, but once you have seen the incredible wax palms of the Valley called Cocoura, you will understand why it is a claim worth making.

The trees here can reach heights of up to 60m and cover the green rolling hills like goose-pimpled hairs. 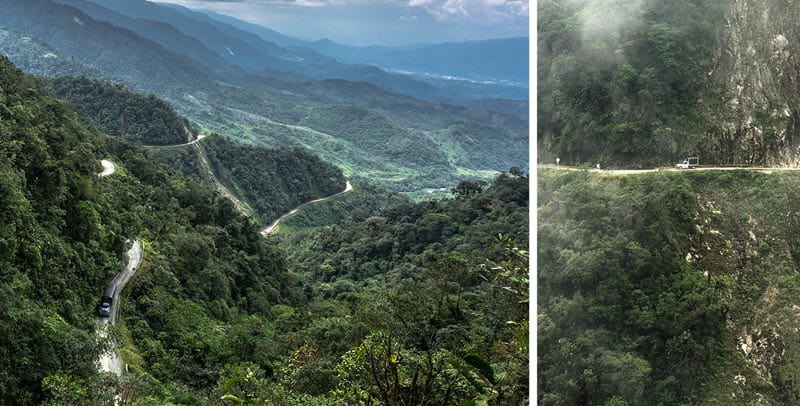 It is Colombia’s most dangerous road and it’s not hard to see why.

Despite work in recent years to add barriers, large sections of this dirt road, which is prone to landslides, remain unprotected from the sheer drops.

In 2011, more than 500 people lost their lives along this route which connects the town of Mocoa (home to the recent tragic landslides) to the city of Pasto. 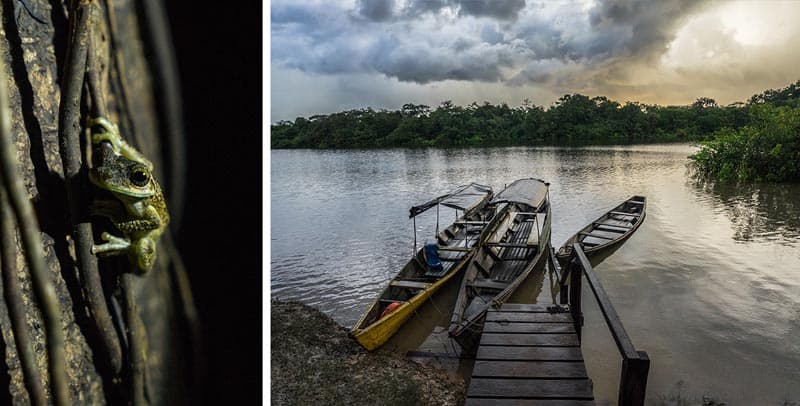 When you fly from Bogota to Leticia, the Colombian town deep in the Amazon Rainforest, all you can see out of the plane window is endless green canopy, for two hours!

Once you arrive, the Amazon has endless wonders to offer the adventurous explorer.

Read: What to Expect on an Amazon River Cruise

5. A Desert that meets an ocean 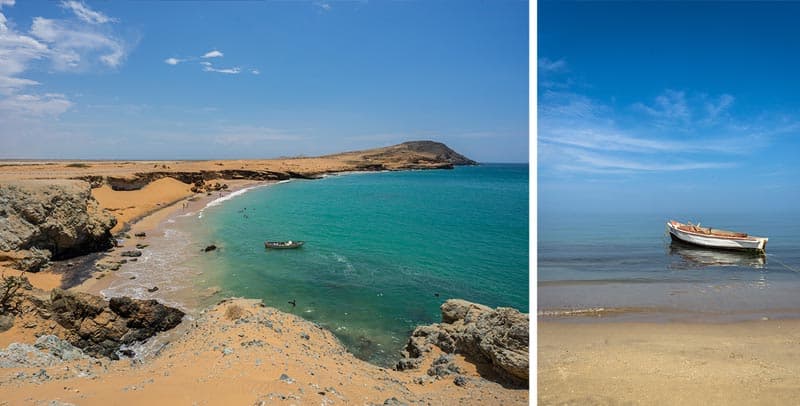 Right at the top of Colombia is La Guajira, a vast desert which is virtually untouched by the modern world. Here, on the northern most tip of South America, the deep turquoise of the Atlantic ocean washes up against golden sands, populated by little more than pelicans and crabs.

4. An ocean that meets a rainforest 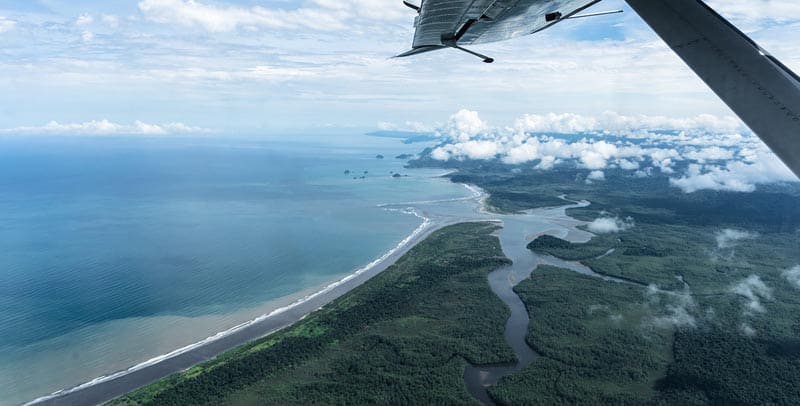 Cross over to the other side of the country and you will find an equally isolated coastline, only this time it’s the Pacific ocean that crashes against long white sand beaches that lead directly into the wild rainforest.

And if you are lucky, you might catch a glimpse of the whales that bask in the deep waters a little way from the shore.

3. A Gothic church in an unlikely place 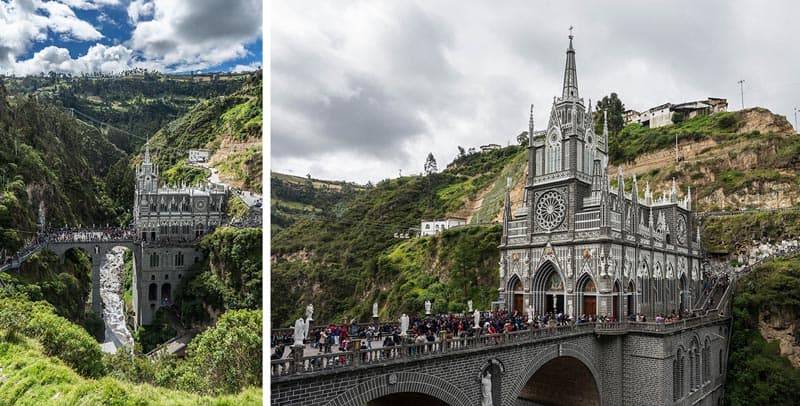 The Colombians take their Catholicism very seriously. So seriously that they built Las Lajas Sanctuary in this canyon.

The church was built between 1916 and 1949, inspired by a miraculous sighting of the Virgin Mary at the site in 1754.

Read: 18 Things to do in Rio de Janeiro 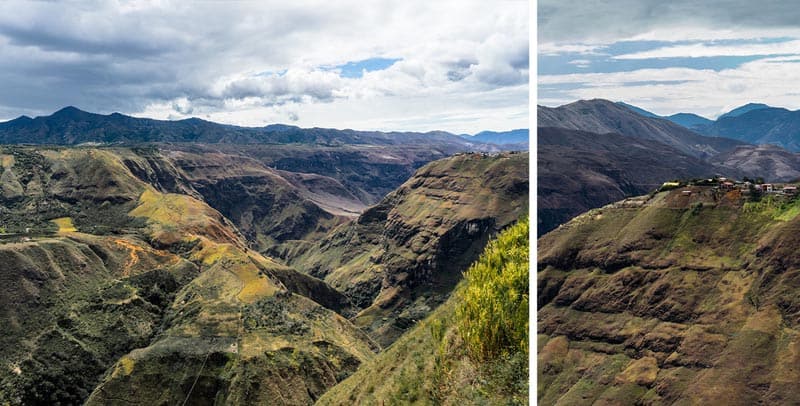 Colombia does not just do landscapes, it does epic landscapes.

This is the Juanambú Canyon – 50km north of Pasto – which has been carved into the rock over thousands of years by the flow of the Turbio river.

1. A people worth meeting 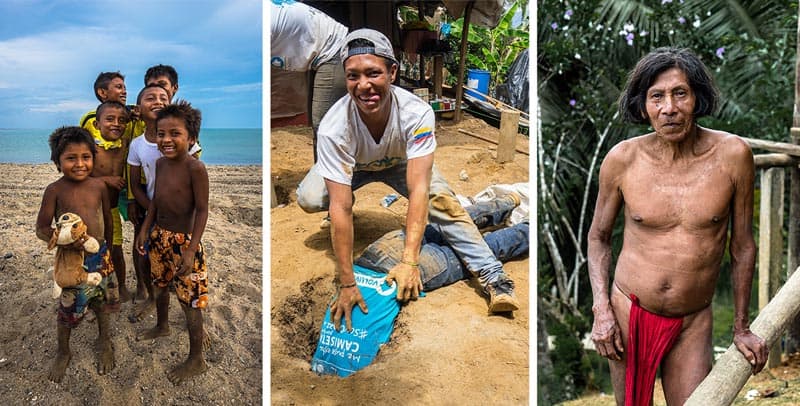 Where Colombia’s diversity really shows through, however, is in its people.

From the kids playing on the isolated beaches of La Guajira, to the indigenous people of the Pacific coast, to the enthusiastic young volunteers building homes in Medellin’s favelas, Colombia is as diverse in its population as it is in its ecology.

There is one thing that all Colombians have in common, however: their genuine smile.

About the author: Aram Balakjian is a traveller, photographer, and writer from London. He recently spent 7 months in Colombia exploring the country. Check out his blog The Road Untold and follow him on Instagram, Facebook, and Twitter.

Why You Should Go Cycling in Colombia

The Bolivia Salt Flats in Photos

5 Must See Cities in Colombia