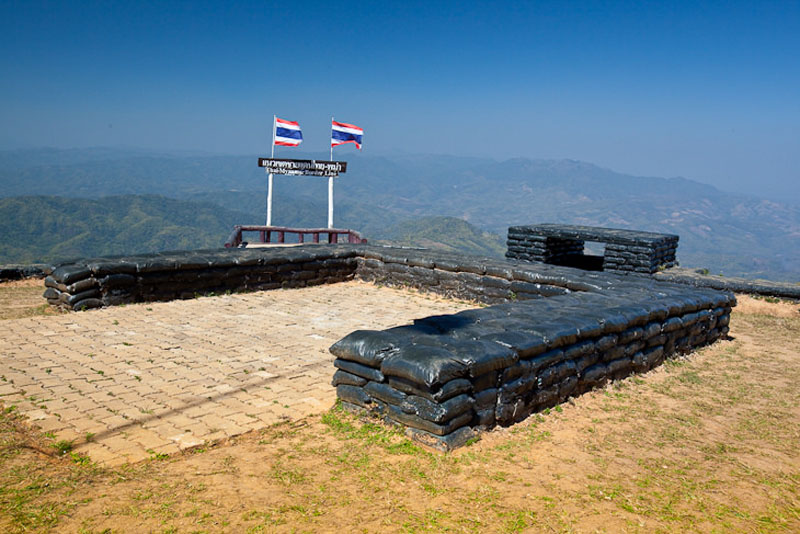 Get your motor runnin'…

That's the song that pumped through my mind all day as we drove our motorcycles through the winding roads of Northern Thailand. I had visions of Dennis Hopper riding his Chopper down the highway in Easy Rider and suddenly I felt very cool.

Sure I was only driving a 110 cc motorscooter, but it still felt pretty awesome to feel the wind blow under the visor of my helmet and watch the Thai countryside pass by.

Myanmar Border and the Golden Triangle 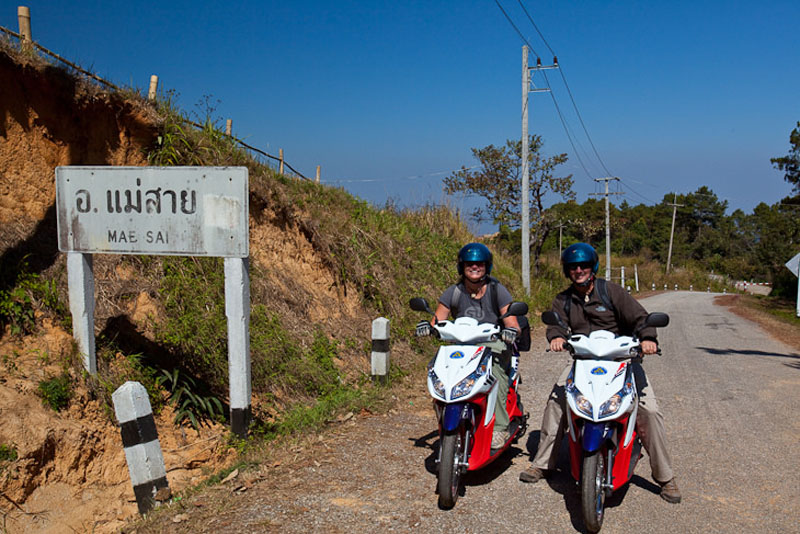 We had spent the day earlier getting used to some very steep and winding roads as we made our way up to a temple honouring the King's Mother overlooking Doi Mae Salong.

It was all in preparation for the hardest drive of the trip, the ride to the Burmese Border high in the mountains. 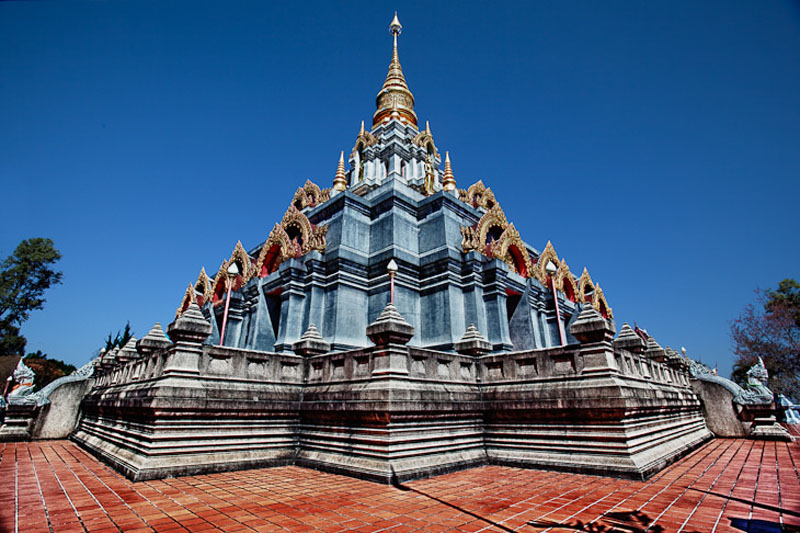 It's rolling mountains, rich vegetation and lush landscape made for the perfect place to live out the rest of her days. 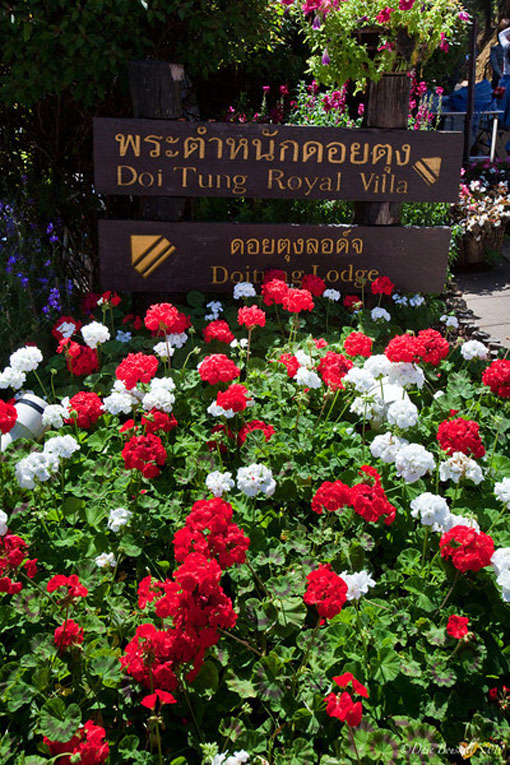 We stopped at the Queen Sirikit Botanical Garden for a coffee before pushing on to the Myanmar Border.

These botanical gardens are a genuine success story and Thai Tourists flock by the busload to see their country's heritage.  This part of Thailand is located in the infamous Golden Triangle.

It's known for its violent history of dealing in the opium trade where druglords ruled the land and smugglers moved freely between Myanmar, Laos and Thailand.

Corruption ran rampant, ethnic minorities became addicted to Opium and it was dangerous living in this Wild West of the East.  All hope seemed lost as deforestation decimated the countryside and lawlessness ruled the land. 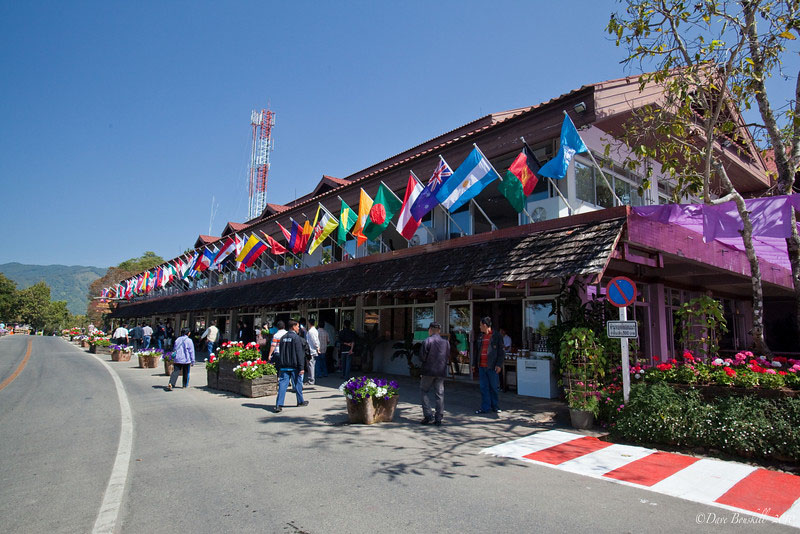 It was in the 1980's that the Mae Fah Luang Foundation was established to battle the opium trade and give people options for a better life. Ethnic Minorities could wean themselves off drugs by entering a rehabilitation centre for 1000 days for free.

During that time they learned farming, craftsmanship and trades to lead a more productive and life and have an alternative to the opium trade.  It has been a great success. The Botanical Gardens, coffee plantation and the goods and wares made and sold in the area have become a multimillion-dollar empire.

The reforestation initiative in the 1980's has been a huge success and the area is lush, green and alive with rich vegetation.

It was thrilling to ride through these winding roads.  Our Smiling Albino host Scott told us that these are some of the most difficult roads to ride in Thailand and we handled them well.  We really enjoyed the steep hills and valleys.

While cycling Africa, we had a lot of difficult roads to deal with on two wheels and we think that because we had the experience in mountainous terrain on bicycles, it made navigating mountains easier for us on our motorscooter even though we are new to riding. 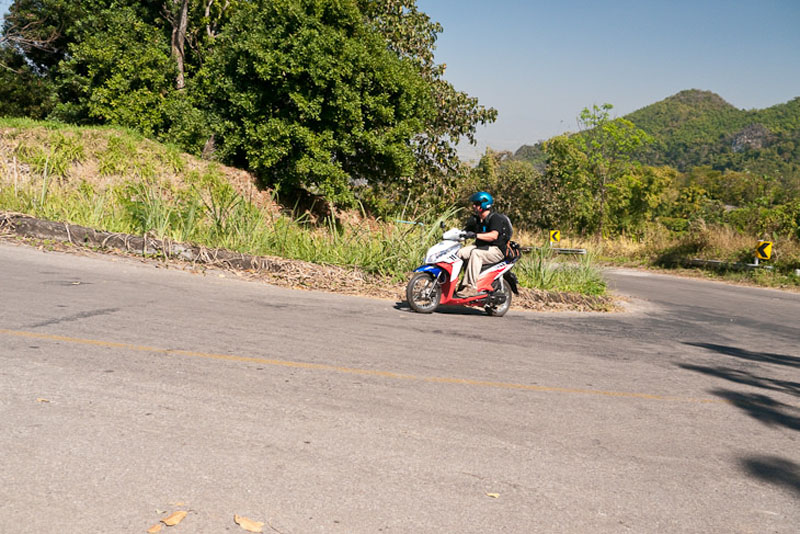 Reaching the Border of Myanmar

We weaved our way through the roads until we reached the Border of Myanmar.

We were expecting something more militarized, formal and guarded. Instead, we reached, what felt like an abandoned bunker with one guard sitting at an outdoor desk reading a paper.  It was very relaxed.

With all the fighting and bickering mentioned in the news between Thailand and Burma and the Hill Tribe problem of people sneaking across the border, we thought that there would be armed guards on the lookout for illegal aliens. 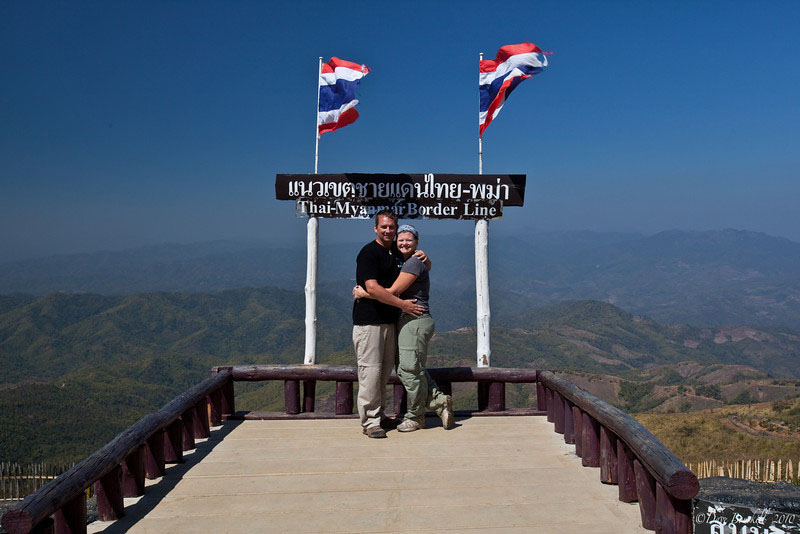 The border looked out over a valley into Myanmar. We could see the Burmese military outpost which seemed completely abandoned.  It was here that we could clearly see the difference between Thailand's prosperity and reforestation initiative and Burma's lack of infrastructure.

The Thailand side of the border was filled with trees and forest while Burma showed the effects of deforestation and clear-cutting.

We snapped some photos looking into a land in turmoil.  We had travelled into Burma in 2004, so being on it's border wasn't quite the thrill that most people would have standing on the border of one of the least visited countries in the world, but it was interesting to see it from this vantage point.

Burma is still a country in conflict and there are many articles writing about the pros and cons of visiting.  As I look out over the land, I wonder how many people in Burma are dreaming of crossing into Thailand in search of a better life.

It's Time to Visit Koh Samui