The Importance of Responsible Tourism in Thailand

Wouldn’t it be awesome to ride on the back of an ancient elephant? I know I always dreamed of doing it! Some of my friends already had photos of themselves from Thailand, propped up on the spine of an elephant, huge grins on their faces and arms flailing in the air; I wanted the very same!

What I didn’t realize, though, was that elephants are a massive industry in Southeast Asia.

Asian elephants, who are much less aggressive than their African cousins, have, for centuries, been used as a means of transportation and assistance in heavy labor.

Responsible Tourism and the Cruel Nature of Elephant Tourism

Elephants are wild animals; they belong in the pages of National Geographic next to lions and zebras, not on chains or with seats on their backs.

Every day, Asian elephants are captured and abused, usually as babies, and broken of their wild spirit, in an effort to domesticate them.

Their mothers are often killed, and the babies are tied up, starved and beaten within inches of their lives (though some are accidentally beaten to death).

They learn to respond to humans through the understanding of fear, and are trained to do tricks and allow human beings to ride on their back. People pay good money for elephant rides and to watch them perform like circus clowns.

Read: What it Green Travel Anyway

Elephant tourism is a lucrative industry in Thailand. This third-world country is in the midst of a massive economic flux due to tourism.

Thailand was the most visited country in the world last year, and international money is being spent there, in large quantities.

The locals aren’t exactly wealthy, and some are quick to take advantage of the big money being spent in their country. They capture these elephants and force them to perform on streets and give rides to tourists.

By riding an elephant, one directly contributes to this abuse.

The dollars people spend to ride elephants count as an aimed vote in support of this practice. As a traveler, it is VERY important to gain insight into where we’re going and what we’re doing, and then vote with our dollar accordingly.

The idea of practicing responsible tourism is not a joke. Tourism has singlehandedly deteriorated the very nature (and, thus, appeal) of countries and cultures, and at this rate, Thailand might be next on the list.

A Complete Lack of Care

I was visiting an elephant riding camp in Northern Thailand. “I don’t want to ride one if I know it’s going to hurt it,” I overheard one girl mention.

The rest of her friends agreed but admitted they didn’t actually know if it did. Being the nosy conversationalist that I am, I turned around and clarified her thought.

I explained, without being too preachy, that riding on the back of an elephant is actually detrimental to their spine and bone structure.

For them, carrying a person is tantamount to someone sitting on your shoulders for the entire day.

They were interested to learn this, actually, and I was happy to have introduced the idea to them.

They asked more questions about how the elephants are treated and I explicated. In a nutshell, the answer was “not well.”

After a solid ten minute conversation about the state of animal tourism in Thailand and the barbarous nature of riding elephants, I bid the group of six farewell.

They had all said they wouldn’t be riding an elephant that day, or ever again. They would much prefer to visit a humane animal park like the one in Chiang Mai.

I applauded them, told them it was a great idea, and I took off to say hello to a four day-old baby elephant (cutest thing ever, by the way). Before exiting the park, I turned around once more, just in time to see all six of them sitting on the back of elephants.

How We’re Trying to Fix the Problem

There is one saving grace for the elephants in Thailand. Lek Chailert has been rescuing elephants since 1992, and has become a member of numerous elephant tribes.

She is considered by the elephants at her park to be one of their own. She rescues elephants who have been captured, abused and broken and offers them a higher quality of life by giving them a safe home and showing them love and support rather than fear and pain.

She is their mother, and they love her.

Lek runs the Save Elephant Foundation, an organization which does just that.

This foundation operates the Elephant Nature Park in Chiang Mai, Thailand, a safe haven for rescued elephants. The park has reached capacity, however, and they don’t have any more room.

A collective group of more than 20 travel bloggers have come together to raise awareness about responsible tourism, animal tourism in Thailand, and to collect donations in support of this charity.

The project is called the Travel Blogging Calendar, and we are hoping that anyone who can identify with the frustration of irresponsible tourism, the plight of the elephants, or even understands the need for support will be kindhearted enough to donate to the Save Elephant Foundation.

Lek needs help to rescue more elephants, and we hope you will support the bloggers in their continued efforts to better the world. 100% of all proceeds go directly towards buying new land and building new shelters for the elephants.

Jeremy Foster is the founder of TravelFreak.net  a platform for personal growth and global understanding. Jeremy showcases stories of transformation and adventure, inspiring you to get out of the house, go somewhere, and try something you probably never thought you would.

When Jeremy approached us to take part in this blogging initiative we were very excited. This is what travel blogging is all about.

By working together as a community we can all make great change and use our influence to let people know about social issues that we all care about. Thank you Jeremy for bringing 20 travel bloggers together for a worthy cause. Now let’s get out there and make a difference!

Top Things to do in Chiang Mai, Thailand 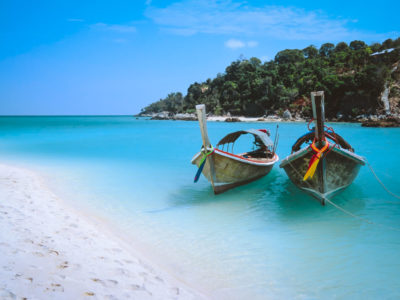 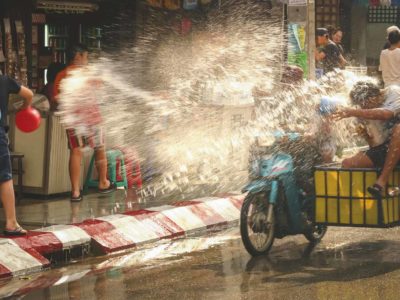 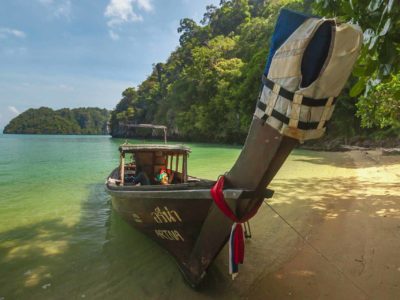 34 thoughts on “The Importance of Responsible Tourism in Thailand”