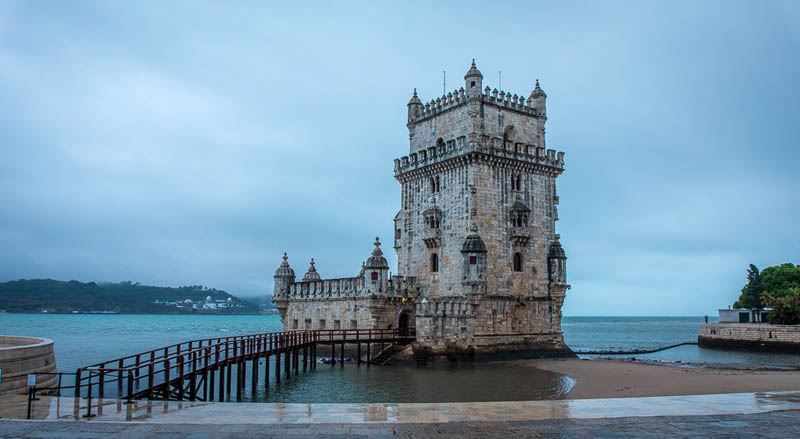 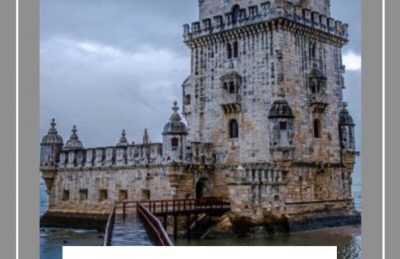 How to Spend a Layover in Lisbon, Portugal

I recently explored Lisbon as part of a 10-hour layover with TAP Air Portugal. There were lots of stopover options available for my flight route, but I chose Lisbon because of how vibrant and lively it is. It didn’t disappoint!

Lisbon is the colorful coastal capital city of Portugal. It’s defined by its cobbled streets and beautifully painted buildings, all snugged amid seven imposing hills.

If you’re into postcard-worthy scenery, gritty Gothic architecture, and old-world charm, you’ll find plenty of reasons to visit the Portuguese capital. Here’s how to spend a layover in Lisbon, one of Europe’s most beautiful cities.

The Top Things to do in Lisbon, Portugal on a Layover

Lisbon’s airport is just north of the city center, which makes it easily accessible for layovers.

Many layovers in Lisbon are between 6-10 hours, the perfect amount of time to explore the city’s top sights.

Depending on how much time you have and how much money you’re willing to spend, here are the best public transportation options.

Metro: One-way ticket costs €1.45 and it takes 35 minutes to get to the city center.

Aerobús: One-way ticket costs €4 while a return ticket is €5.40. Depending on traffic, it takes around 40-45 minutes to get to the city center.

Taxi: Expect to pay €20 for an approximately 20-minute drive to the downtown area.

Unlike some of the other major cities I’ve visited on layovers (i.e. Istanbul), getting around Lisbon is a breeze.

Much of the sights in this article are within walking distance, so bring your good sneakers and let’s explore the colorful streets of Lisbon.

Things to do in Lisbon during a layover

If you’re flying to Lisbon from the US or Canada, you’ll likely be arriving sometime in the morning.

My flight arrived at 5:45 am, just in time to catch the sunrise. It just so happens that the best sunrise spots also happen to be the most beautiful sights in the city, which are all highlighted below.

In no particular order, here are some of the top things and places you can’t miss during a 6-10 hour layover in Lisbon.

Built in the 1500s, Belém Tower is one of the most iconic sights in Lisbon. This fortification proudly watches over the Tagus River, originally intended to defend the city before becoming the lighthouse and customs house it is today.

On a cloudy day, Belém Tower looks even more dramatic and breathtaking. Add to that a cool sea breeze and a sunrise or sunset, and you’ve found yourself a dazzling spot to spend part of your layover in Lisbon.

Belém Tower showcases many architectural elements—including Mudejar, Moorish, Gothic, and Romanesque—a symbol of Lisbon’s multifaceted history. Near the tower is one of the city’s most famous bakeries, Pastéis de Belém, where you can enjoy some signature Portuguese pastries.

For tours of Lisbon, check out all of these top attractions with Get Your Guide

When visiting Lisbon on a layover, you need to indulge in the local cuisine.

Lisbon is known for many amazing foods, but none are sweeter and more sought-after than pastéis de nata, a Portuguese custard tart made from egg and cinnamon.

This delicacy—along with lots of other tarts and breads—can be found at Pastéis de Belém, but you can also find pastéis de nata in pretty much every café across the city.

They typically go for €1 a pop, so I bought about 5 or 6 during my short stopover in Lisbon. Don’t judge!

A layover in Lisbon wouldn’t be complete without a visit to the Ascensor da Bica, a bright yellow funicular set on a narrow and steep passage.

After all, you can’t spell funicular without “fun!” It’s one of the most Instagrammed sights in the city, and for good reason.

The Ascensor da Bica dates to the late 19th century, offering a glimpse of Lisbon’s colorful character and charm.

There’s usually a long line to hop on, so if you don’t have time, your best bet is to walk along the tracks towards the Bairro Alto quarter.

From there, you’ll have an incredible view of the funicular and vibrant cityscape below.

Since Lisbon was built on seven hills, you’re bound to stumble into at least one of them during your visit.

The Miradouro das Portas do Sol is my favorite miradouro (lookout point) in the city.

There’s a cozy outdoor terrace here with sweeping views of the Alfama, Lisbon’s oldest district, as well as the river and orange-cladded rooftops below.

Just next to this lookout point, you can hop aboard Tram 28, the most historic and iconic tram in Lisbon.

This old, rattling tram is great for people-watching and snapping photos of the palaces, churches, and alleyways that you pass by.

If the lines are too long (they probably will be), you can still watch the tram as it moves up and down the city’s narrow winding streets.

Spotted in nearly every tourism brochure, it’s such a photogenic sight.

Built in 1147 AD, the Lisbon Cathedral—also known as the Sé— is one of the oldest surviving structures in the city.

Its main draws are the nave and sanctuary inside, but the exterior is also incredibly unique.

With two clock towers and a sturdy Gothic façade, it resembles a fortress more than a church.

As far as European cathedrals go, Lisbon’s is on the austere side. Still, it’s beautiful and has impressively withstood multiple earthquakes in its 800+ year history.

Dating back to the 1500s, the Bairro Alto is one of the coolest quarters in Lisbon. It has a bohemian feel to it with its street art, bars, and restaurants.

If your layover is during the day, stop by for a bite to eat or to peruse its trendy shops. During the evening, check out this neighborhood’s hip nightlife.

Translating to Our Lady of the Hill, the Miradouro da Senhora do Monte is another scenic viewpoint in Lisbon.

From this beautiful hillside setting, soak in the panoramic views over the city’s old quarters.

From here, you can see the Golden Gate Bridge’s doppelgänger, the Ponte 25 de Abril. This bridge – paired with the surrounding hills – reminds me a lot of San Francisco.

If you Have a Longer Layover in Lisbon

Considering the time it takes to get into the city and that you have to be back at the airport two hours before your connecting flight, you’ll likely only have time for the above sights.

If you have a longer layover in Lisbon and want to cover more ground, here are some other things you should do.

Inhabited since at least the 8th century, St. George’s Castle stands atop one of Lisbon’s tallest hills.

Unfortunately, I ran out of time to visit here, but seeing it from a distance from one of the miradouros is also very special.

This is the liveliest square in the city. It’s a great place for shopping, eating, and people-watching.

I grabbed a bite to eat here before taking the nearby metro back to the airport.

This resort town is about 30 minutes from Lisbon by car. If you have a short layover, you won’t have time to go there.

However, if you’ve visited Lisbon before or have some extra time, consider a brief visit to this beautiful UNESCO World Heritage Site.

The Pena National Palace is a must-see.

Read these 7 fun things to do in Sintra

Other Miradouros in Lisbon

Last thoughts on a having a long layover in Lisbon

Given that Lisbon is fairly small and compact, it’s the perfect place to spend a layover.

I think 8-10 hours is plenty if you want to catch a glimpse of these top places. But obviously the more time you have, the better!

As you crisscross the suggested sights above, you’ll find lots of other treasures throughout the neighborhoods of Lisbon. This list merely covers the highlights.

How long of a layover do I need in Lisbon, Portugal?

Most layovers are 6 – 10 Hours in Lisbon and it’s the perfect amount of time to explore the top sights.

What to do with a few hours in Lisbon Portugal?

Be sure to visit the Belem Tower, Tram 28 and Ascensor da Bica, Lisbon Cathedral and many lookouts. More information here.

Can I leave the airport on a layover in Lisbon?

You can leave the airport when on a stopover in Lisbon, but you will have to go through security so make sure you give yourself ample time for security lanes and customs. Here is how to get Lisbon from the airport.

Jon is the writer and photographer behind the Global Viewpoint travel blog and social media channels. He creates a variety of travel content, including travel guides, photos, and videos, all aimed at inspiring others to discover their inner explorer. He enjoys capturing beautiful places, meeting new faces, and sharing his experiences with the world.