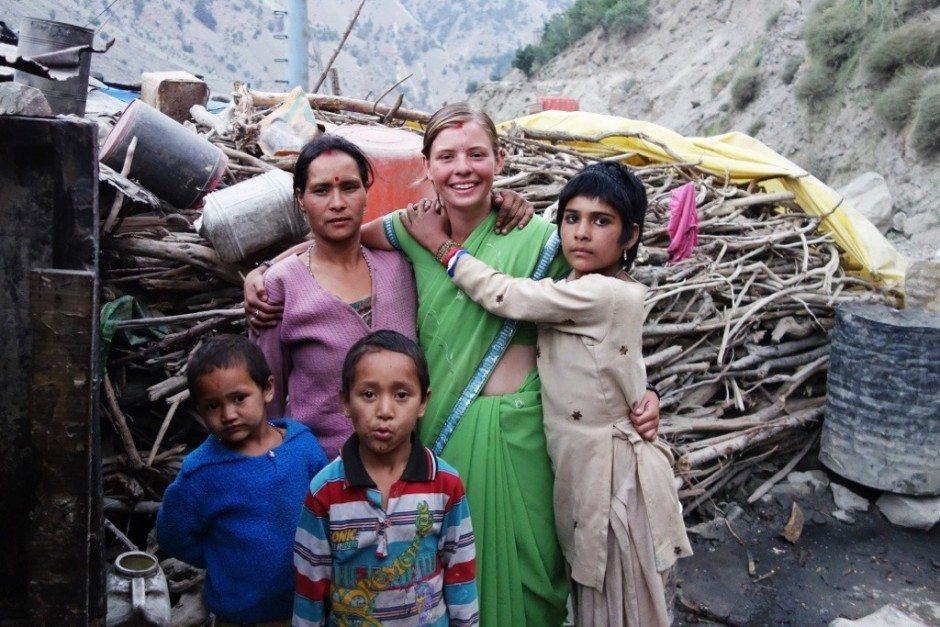 I'm desperate. It's nearly six o'clock, my self-imposed curfew here in India, and I still have no idea where I'm going to sleep tonight. I'm currently cycle touring through Kinnaur, a region in the Northern Indian Himalayas where the steep mountainous terrain has annihilated any chance of pitching my tent yet again. The hotel I just passed by is out of the question as well. The sleazy young men running it laughed and mocked when they found out I, a twenty-year-old female, was alone before asking nearly six times the price the small dirty room they showed me was worth. 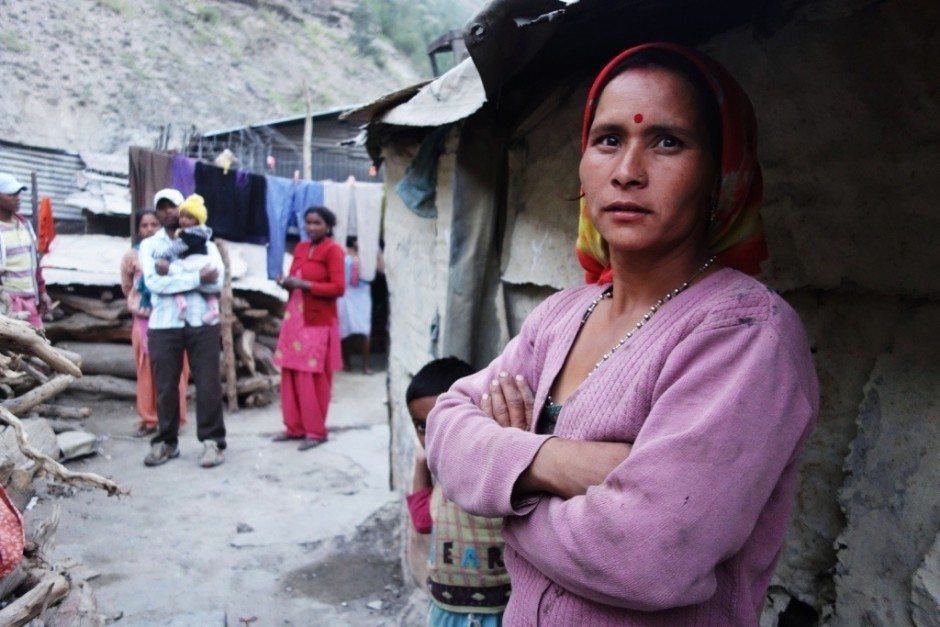 Unfortunately haggling was out of the question, they knew just as well as I how much I needed a safe place to spend the night. But I'm stubborn, and there is no way I'm going to give them the satisfaction of taking that room. 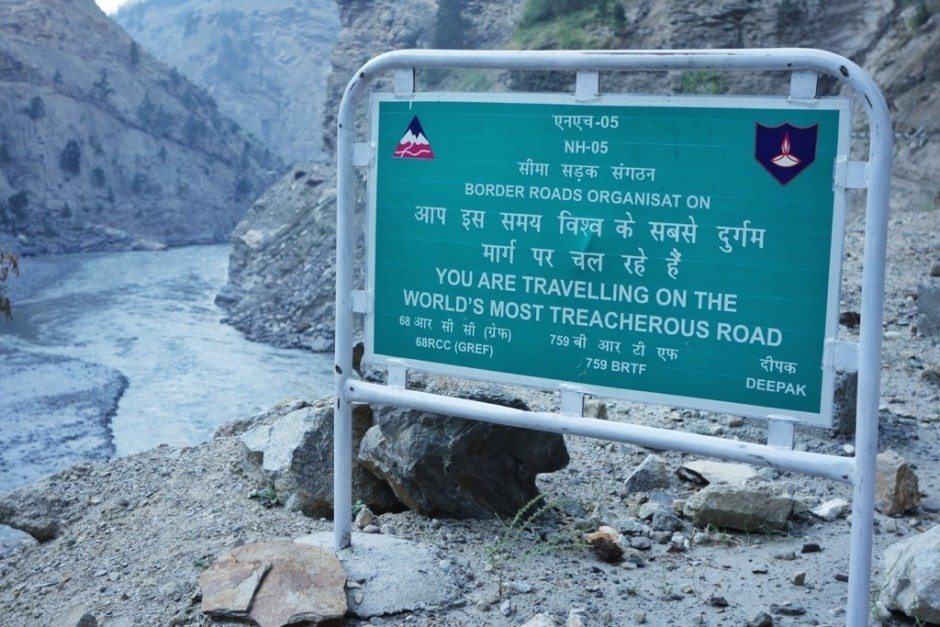 I stop by the side of the road in order to contemplate my next move, and in doing so, attract the attention of two smiling girls who tentatively approach. It doesn't take long for their curiosity to take over as they reach out, giggling, to touch my fully loaded touring bicycle.

Though my Hindi is limited and their English inexistent I understand when the oldest one, a beautiful girl with short hair around twelve years old, signals for a ride. Though I usually deny any requests to ride my bike as I cycle around the world, for some reason, this time I say yes. As she awkwardly straddles the seat I realize that she has never ridden before so I begin the difficult task of pushing her and all my luggage down the road. 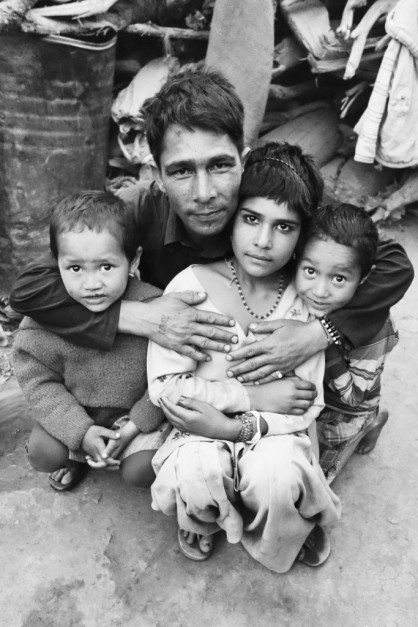 My Night in the Slum

Two minutes later we approach a roadside slum, a few lopsided metal shacks literally perched on the road. By the way the girl is frantically waving to the women sternly watching us I can tell it's her mother and the small smile she lets slip lets me know that she approves. Once her daughter disembarks she wastes no time inviting me into her shack for tea. 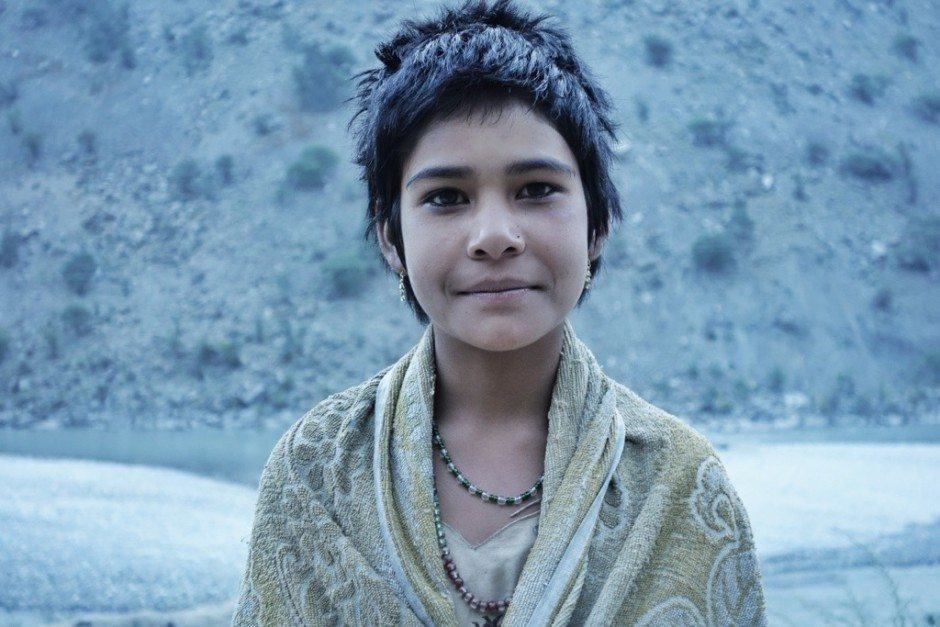 Within a few minutes I have the whole community around me, a dozen or so women and a few more children eager to greet this unusual guest. And by the time I finish my tea I have already been invited to spend the night. Though I have been taken in by countless different families in every country I have cycled through, I never thought I would end up in an Indian slum. A slum I've now realized is just another word for home. 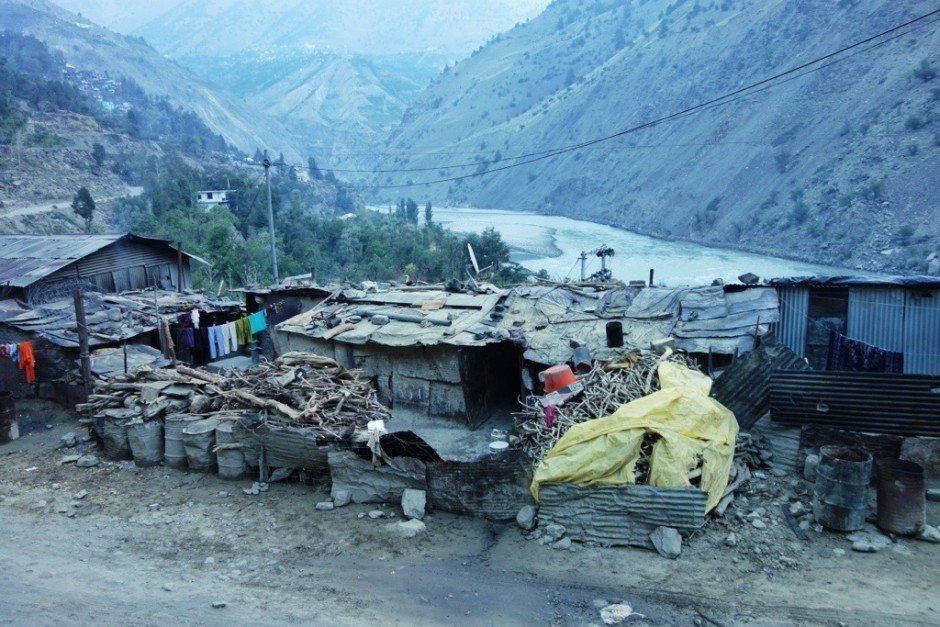 Straight away the women start asking me questions, absolutely baffled by the fact that I'm traveling alone. With my basic Hindi I try and explain that no, I am not a run away, and yes, my father does indeed approve of this slightly alternative lifestyle, but I'm not sure how much of it gets through. As we play this difficult game of charades a new women appears holding a beautiful green piece of cloth, the material used for a sari, and signals me to follow.

More cycling stories: It All Began in Egypt, cycling a continent

She quickly closes the door to the shack she has brought me to which I can only guess is used in part for a kitchen and in part for a bathhouse. Their hands are all over me as three women try unsuccessfully to push the too-small top over my breasts, bursting into laughter each time the clip pops off. After a few extra pins and a quick hair make-over I am deemed ready to be paraded around the slum for all to see, which is exactly what they did.

She quickly closes the door to the shack she has brought me to which I can only guess is used in part for a kitchen and in part for a bathhouse. Their hands are all over me as three women try unsuccessfully to push the too-small top over my breasts, bursting into laughter each time the clip pops off. After a few extra pins and a quick hair make-over I am deemed ready to be paraded around the slum for all to see, which is exactly what they did. 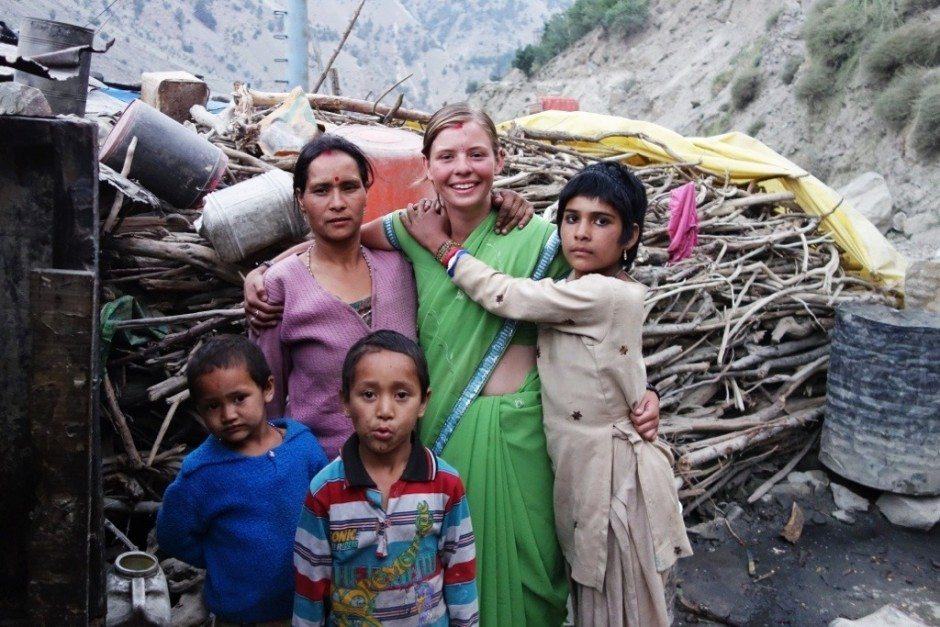 As I change back into my normal attire the women begin to cook on their cow dung fueled stoves as the competition to feed me begins. Since the men who have been working all day paving the roads have begun to appear, completely drunk and a little too excited to see me, I escape outside with the children for a few more bike rides around the block. Though multiple women ask me to join them for dinner, I decide to eat with the two children who brought me here in the first place. As we squat around the fire eating rice with our hands they begin teaching me the Hindi word for everything in sight. Children, I have come to appreciate, are the best tour guides I could ask for. Though the children want me to spend the night with them, I opt instead to go next door as there is simply no room in their already crowded hut. 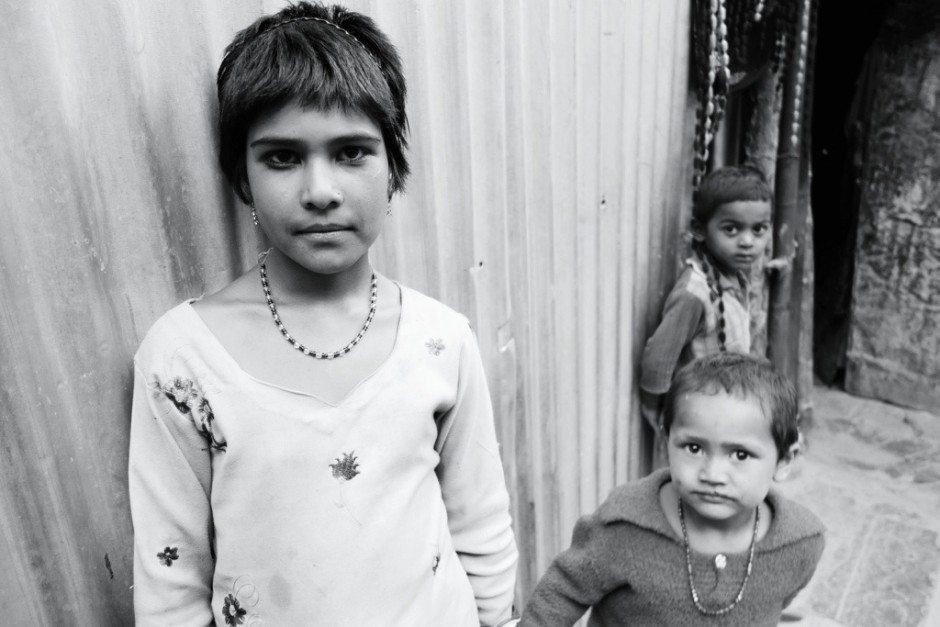 The pitter-patter of the rats keep me awake all night, as does the tossing women sleeping next to me on the floor, but I don't really care. Though these families barely have enough for themselves, slum dwellers without electricity, running water, or even a bathroom, they have opened their homes and lives to me without a second thought. Once again I have proven that cycling around the world is not about the bike, but rather about the wonderful people who keep our globe turning. This, I think before I finally drift to sleep, is why I travel. 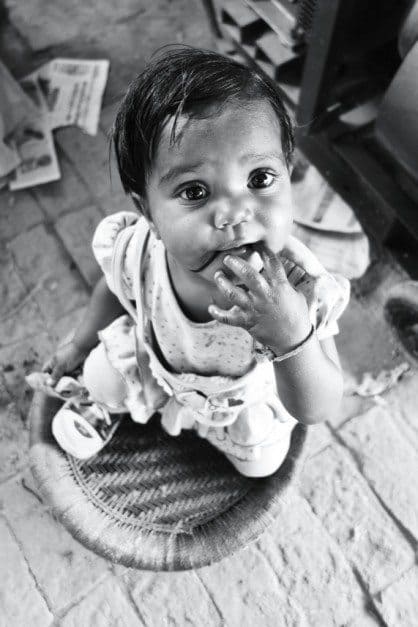 I'm a twenty-year old gal cycling around the world in search of the most beautiful camping, wonderful landscapes, and friendly people our world has to offer. 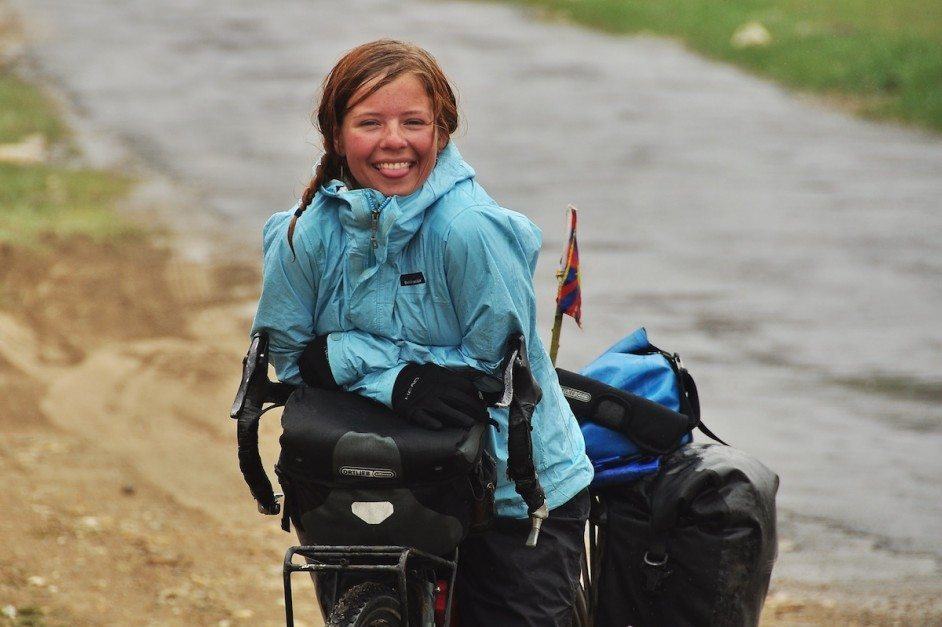 WebsiteFacebook
You are Here: Home » Inspiration » Another Word For Home: My Night in a Slum