Our first Sri Lanka safari was more than a decade ago. It started out on a local bus from Hikkaduwa to a small guest house in Tissamaharama where we joined a group tour on a crowded jeep. That was an incredible experience, but cut to a few years later when we had the opportunity to have a private driver while staying in a luxury lodge, well that took it to a whole new level.

We had two glorious days in Yala National Park with a total of three outings in the park. Touring the park with a private driver and guide gave us the luxury of spotting wildlife in our own time without the crowds. We booked two nights inside at The Cinnamon Wild Lodge where we stayed right in the middle of the wildlife. This was the way a safari in Sri Lanka was meant to be.

Wildlife actually roams through the Cinnamon Wild camp, and once the sun goes down, you need to call an escort to walk you from your treehouse bungalow to the main lodge. You never know what you’ll run into!

Men with flashlights check out the grounds to make sure you don’t come upon any unexpected man-eaters or giant animals. Elephants roam through the resort regularly, but we only ran into a wild boar on the way back to our suite.

The Wildlife of a Yala Safari

Safaris leave directly from the lodge each morning and evening and are run by Nature Trails. The comfortable 4X4 Safari trucks sit high and offer clear views for everyone.

Dave and I had the jeep to ourselves and could stay as long as we wanted at each spot. The guides know this park inside out and know where to spot the animals. Trust that they know what they are doing and take their advice. We ended up seeing every single species we wanted to see in Sri Lanka on our safari in Yala.

We had the chance to go on three different safaris in search of the star attraction of Yala National Park; the elusive leopard. In Yala, the leopard is not so elusive though. Yala National Park actually houses the highest concentration of leopards in the world. The chances of spotting one here are the best you’ll ever have.

In Africa, a leopard’s range is about 100 square kilometers, whereas, in Yala, the territory range is around 8 square km, meaning you are going to see a high concentration of leopards in a very small area.

How Many Leopards Did We see?

The last time we were in Yala, we saw one leopard sitting on a branch in a faraway tree. This time, we saw five leopards in total and one really good view of a nearby leopard climbing a tree. It was a huge success.

But it’s not just the leopards that attract tourists from around the world, it’s the abundance of wildlife and the beautifully rugged landscape.

When visiting Yala in 2011, there was no mention of sloth bears. This time around, sloth bears were another star attraction.

We managed to spot three sloth bears during our safaris, the most interesting encounter was when we came upon a bear walking across the road. Our driver stopped to look at him and instead of running away, the bear sat down in the middle of the path and looked at us. He was almost daring us to come closer.

But the most exciting bear moment came when a buffalo chased one away from a watering hole. You can see it in the video below, or click here to watch it on YouTube. This watering hole was teeming with wildlife.

Other Wildlife on Safari in Sri Lanka

An elephant sauntered by after the buffalo chased off the bear. Different deer, wild boar, and bird varieties drank by the water and crocodiles basked in the sun. It was a beautiful display of Mother Nature in perfect balance and harmony.

We then drove onto a beautiful rock formation deeper in the park where we saw countless monkeys running and jumping along the giant boulders. Seeing the monkeys playing at sunset just before heading to the resort for the night was a magical sight.

Yala Wild is a lovely place to spend the evening as you listen to the sound of the jungle and watch the buffalo, deer, birds, and monkeys relax by the watering hole, right in front of the hotel.

Even the most common wildlife looked spectacular in the landscape.

Staying Overnight in Yala made the Experience Amazing

We stayed in a beach chalet at Cinnamon Wild and could hear the crashing waves just outside our door as we stood 10 feet in the air on a raised platform that let us watch wild boar scamper down below.

The resort is in the heart of Yala and immerses you in the wildlife experience.

ou can use the pool and walk the grounds during the day, but at night you do need an escort to protect from possible wildlife encounters. Dinner is buffet style with traditional Sri Lankan Cuisine on the menu but there is also American and European food to choose from as well.

We highly recommend staying at the beautiful Cinnamon Wild Lodge located just outside the park’s gates surrounded by wildlife and jungle.

It’s worth the splurge and less expensive than you’d think.

Costs for A Safari in Sri Lanka with Overnight in Yala

The resort has jungle chalets and beach chalets and offers everything you’ve ever dreamed of having when going on a wildlife safari.

There is a roof bar to watch the sunset and when you are finished you are escorted back to your chalet for a night in pure heaven. We slept like babies in our inviting bed.

See our top picks for luxury romantic escapes around the world.

Two-Day Safari in Yala is a Must

We were up bright and early the next day for another safari where we had the chance to see even more wildlife. Two days allowed us to take our time and relax. We saw a lot on day one, so day two was about looking for the more obscure animals on safari.

Most Exciting Wildlife Spotting on our Sri Lanka Safari

The most exciting wildlife we saw on safari in Sri Lanka wasn’t the leopards or even the elephants. It was a giant python that crossed our paths in the jungle.

It was our first time seeing such a gigantic snake in the wild. This five-meter long (15 Feet) python spanning the entire width of the road. We stopped to watch it slowly cross into the jungle and marveled at its beauty and strength.

I wouldn’t want to meet one of these while out for a walk in the jungle!

It was then a day of more safar sightings.  And the birds of Yala caught our attention today! Herons, hornbills, painted storks and peacocks.

It was the wrong time of year for peacocks to show off their feathers, but the last time we were there, we saw many a peacock strutting their stuff.

When to go to on safari in Sri Lanka for birds: January is a good time to see peacocks in blume, we were in Sri Lanka this time in June. It was great for other wildlife, but it was not mating season for the peacocks.

We don’t normally get excited over birds, but in Yala, the hornbills and other birds will certainly grab your attention.

Whether you are into birds, big cats, elephants or reptiles, a safari in Yala National Park will get your heart pumping. There is nothing more exciting than seeing a rare species in the wild.

We had seen storks in the wild before, but the painted storks of Yala were something new for us.

And don’t forget the dazzling bee-eaters of Sri Lanka. They may be small, but they are cute!

Something we were very impressed with was the Project Leopard initiative started by Cinnamon Resorts. Yala National Park is located in a rural Sri Lankan community and local farmers are greatly affected by leopards hunting their cattle. In the past, farmers would kill and poison leopards to keep their cattle safe, but with the Project Leopard plan, they are given other options.

So far, Cinnamon and the John Keells Group have built more than 55 pens to keep farmers’ livestock safe from leopard attacks. It’s a great start to preserving this magnificent species.

Read more about Wildlife Conservation at The Human Elephant Conflict

Other Excursions in Yala National Park

There are many different types of excursions offered at Cinnamon Wild. You can visit one of the local farmers and see Project Leopard at work for yourself.

We thoroughly enjoyed our time at Cinnamon Wild and one could easily spent 3 to 4 days taking in the wildlife, but also enjoying the pool, spa and comfortable rooms. If you are going to do a Sri Lankan Safari, this is the way to go.

For more information on Sri Lankan Safaris and accommodation all around the country, check out Cinnamon Resorts for more information. We also spent a week in the Maldives. See all there is to do there as well! 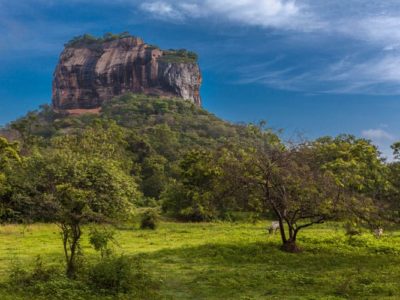 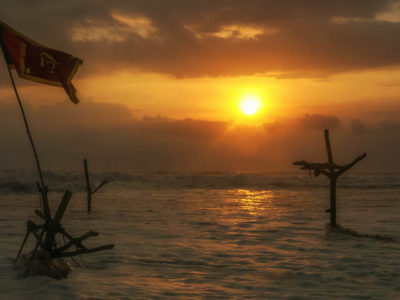 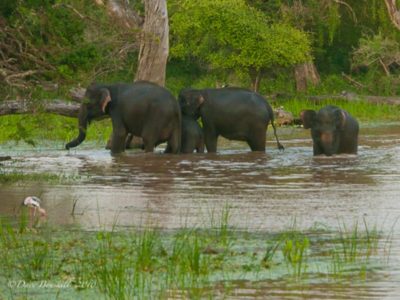