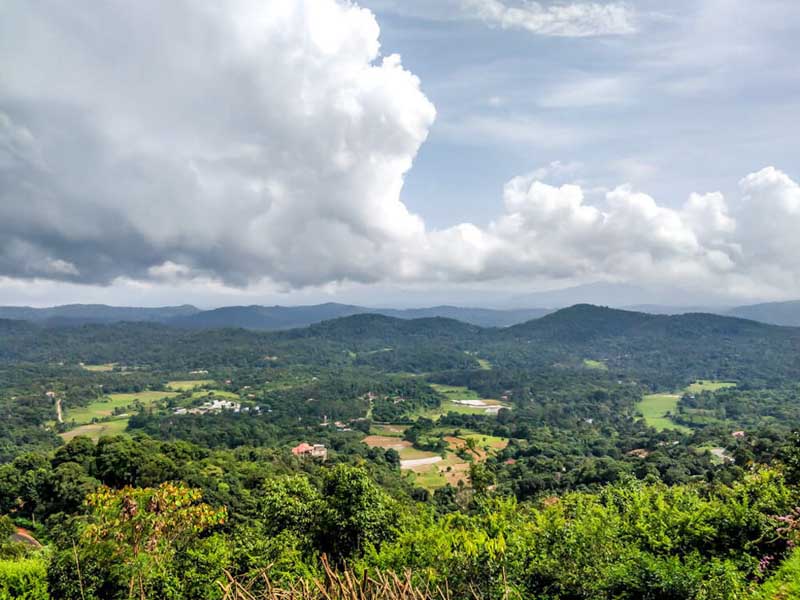 Karnataka appeals to a lot of travelers who visit India with its dense forests, wildlife, high mountains, delicious food, and rich culture.

You might think that because of Karnataka's natural beauty and cultural richness the state would be crowded.

But on the contrary, you can easily find solitude in Karnataka, a place that is rising quickly on people's bucket lists.

Getting a quiet place with a mountain backdrop is easy as most of Karnataka is covered by forests and coffee estates.

I have been living in Karnataka intermittently for about nine years. Throughout my time here, I have discovered some of the most popular and offbeat places of this gorgeous state.

Here is a round-up of some of the places you shouldn’t miss if you travel to Karnataka.

Karnataka is located in the West of India just south of Goa. The Indian states of Tamil Nadu, Kerala, Maharashtra, and Andhra Pradesh also border Karnataka.

The Western Ghats run through Karnataka making it a popular hill station destination to escape the heat.

The Western Ghat are a mountain range spanning 140,000 square km (54054 square miles). It was designated a UNESCO World Heritage Site due to its biodiversity. It is not only a good spot for flora and fauna in general and not only for agriculture.

It was formerly known as Mysore, but the name was changed to Karnataka in 1973.

The Capital of Karnataka is Bangalore. It has also changed its name to Bengaluru.

Places to Visit in Karnataka

Chances are, if you are visiting Karnataka, you will fly into Bangalore. It is the capital city of the state and the technology hub of the country.

Bangalore has all the creature comforts of a big city and makes for a perfect starting point and introduction to southern India.

One of the most popular places to visit in Karnataka is Coorg. This rich forest region hill station sits proudly in the Western Ghats. (Benevolent Mountains).

Also known as Sahyadri the Western Ghats are a mountain range that runs along the West Coast of India.

Most of the inhabited area is divided into coffee estates that have been passed down generations by the native people of Coorg, known as Kodavas. 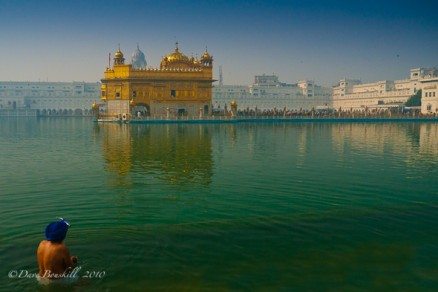 Beggars in India – the Art of Begging and Guilt of Travel 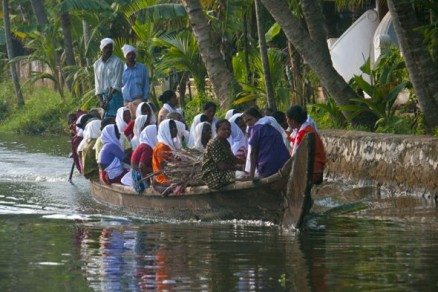 Our Houseboat Backwater Tour of Alleppey

One of the many things to do in Coorg is to book a room in a homestay and let your hosts figure the rest.

Imagine waking up to the sounds of the Karnataka birds. Before you know it, it is time for breakfast and some steamy homemade filtered coffee.

If you are driving to Coorg from Bangalore be sure you stop by the Namdroling Buddhist Monastery, one of the largest monk settlements of South India.

Other Things to do in Coorg

Visit the Abbey falls, eat at the Tiger Tiger Kodava restaurant in Coorg town, and hike up the Brahmagiri or Tadiandamol peak.

When to Visit Coorg

The best time to visit Coorg is from October to March.

Public transport is limited, but you can always ask your accommodation to arrange a commute for you.

Hampi is the lost kingdom of South India.

A UNESCO world heritage site, Hampi is a popular place amongst travelers to explore the ruins and learn about Indian history.

Hampi was once the capital of the Vijayanagar empire, the richest empire of South India.

Today, Hampi is home to some 1600 ruins and sculptures that are scattered along the Tungabhadra river.

Apart from ruins, Hampi has some magnificent temples.

Some of the temples are thousand-years old but you know it as they are well-maintained.

Virupaksha, Vitthala, Achutaraya are only some of the names that would pop up when you look for places to see in Hampi.

My advice would be to take your Hampi trip slow and not try to do it all.

Other Things to do in Hampi

Visit the Ruins, Sloth Bear Sanctuary, go bouldering, indulge in the food, relax by the river.

Apart from the ruins and temples, the surrounding villages of Hampi are very picturesque and offer a peaceful respite from the crowded Hampi ruins area.

When to Visit Hampi

The best time to visit Hampi is from October to February, auto rickshaws are everywhere, and local food is pretty affordable.

Pattadakal is a UNESCO World Heritage Site located about 3 hours from Hampi in Northern Karnataka.

It is designated along with Badami Cave Temples and the Aihole Ancient Historica Site so because of its historical monuments.

There are 150 monuments ranging from the 4th to 10th Centuries.

The Badami Cave Temples are located nearby and are made up of Hindu, and Jain Temples dedicated to Lord Shiva.

The caves are cut into red rock cliffs and date back to the sixth centure.

The temples one of the top tourist attractions in the region and are not to be missed.

Karnataka is blessed with dense jungles and my next place I recommend you visit is Dandeli.

Dandeli is located in the Western Ghats.

Dandeli is one of the rare jungles of India that is home to panthers, leopards, tigers, and elephants.

Yet somehow tourists have yet to crowd the area in search of wildlife. It is still a quiet retreat to escape the city in India.

My advice would be to visit Dandeli before it becomes too crowded.

Where to Stay in Dandeli

The government-run Kali Adventure Camp is a great place to stay in the Dandeli wildlife sanctuary.

Located on the bank of the River Kali, the camp is a perfect location for bird watching, taking a coracle ride (Traditional Round Basket Boats) on the Kali River, and enjoying the views of the gushing Kali River.

The highlight of visiting Dandeli is going on a jungle safari deep into the Dandeli sanctuary.

The chances of spotting wildlife are the highest in the summer when the animals come out to search for water.

Spotted deer and langurs graze without a care that you are there. And on safari you may be able to spy panthers, leopards, and tigers – Oh my!

Be sure to go to a high viewpoint in the Dandeli forest to see the entire Dandeli jungle. You'll be surprised how thick the forest is.

Note: No swimming in the Kali river due to crocodiles.

But there are white water rafting tours offered most of the year.

When to Visit Dandeli

The ideal time to visit Dandeli is from October to March, public transport is minimal, and fresh river fish is a must-try.

There are many places to spot wildlife in Karnataka. Karnataka has five national parks and several wildlife sanctuaries.

Karnataka is one of the best places in the country to view wildlife including elephants, leopards, and tigers.

Getting out on safari or hiking when in Karnataka is a must.

Chikmagalur is another green paradise of Karnataka.

Located in the Western Ghats, Chikmagalur makes for a perfect getaway. It is another popular hill station in India.

Chikmagalur is the gateway to many lakes and tea/coffee estates in the high hills of the ghats.

Make sure to check out the Hirekolale and the gorgeous Ayyanakere lake.

Visit Ayyanakere Lake at the sunset for some golden reflections of the setting sun over the vast lake.

If you love to hike, go to the Mullayanagiri Peak and Babu Budangiri.

You should start the hikes early so that you can be back to your accommodation by the evening.

When to visit Chikmagalur

The ideal time to visit Chikmagalur is from September to May.

For accommodation, I recommend a homestay in a coffee estate.

Gokarna is a coastal town on the Southern coast of Karnataka.

As Gokarna is sandwiched between the Arabian Sea and the Western Ghats, it is an amazing place for hiking to high viewpoints of the azure ocean.

The best place to stay in Gokarna would be a laid-back shack on the beach.

Popular beaches in Gokarna are:

Gokarna is a place best enjoyed at a relaxed pace.

When you get tired of chilling by the beach and eating fresh seafood, go for a hike into the hills to discover hidden lakes.

When to Visit Gokarna

The perfect time to visit Gokarna is from October to February, the best thing to do in Gokarna is to hike with amazing views of the ocean, and the grilled crabs and other seafood must not be missed.

Mysore is the second-largest city in Karnataka after Bangalore. In 2014 it changed its name to Mysuru. Mysuru is known as the city of palaces and with good reason.

Mysore Palace is the second most visited monument in India after the Taj Mahal.

Mysuru is 140 km (86 miles) from Bangalore and is worth visiting. Many of the city's historic architecture is still in tact, it is a popular destination for Yoga retreats and it is close to wildlife sanctuaries.

Hill Stations are a popular escape from the heat and hectic pace of living in India.

Due to Karnataka being located along the Western Ghats, the state of Karnataka is blessed with many coffee plantations and nature retreats.

Karnataka is the largest exporter of coffee in India due to its location along the Western Ghats.

Some popular hill stations in Karnataka are:

If you like seeing waterfalls, you'll love Jog Falls. It is the second-highest waterfall in India!

Also known as Gerosappa Falls, it cascades 253 metres (850 feet) over a sheer cliff.

There are 1600 steps leading to the bottom for this magnificent view.

Map of Places to Visit in Karnataka

Enjoy this article on Places to Visit in Karnataka? Save it to Pinterest for Future Travel Planning.

Priyanka Gupta is an itinerant travel blogger from India who left her investment banking career to travel the world and write.

Having traveled extensively thorough South America, solo, Priyanka is now based out of India.

She focuses on culturally immersive travel while relishing local delicacies and never missing a chance to see wildlife.

In Search of Bengal Tigers in India

The Best Things to do in Rishikesh