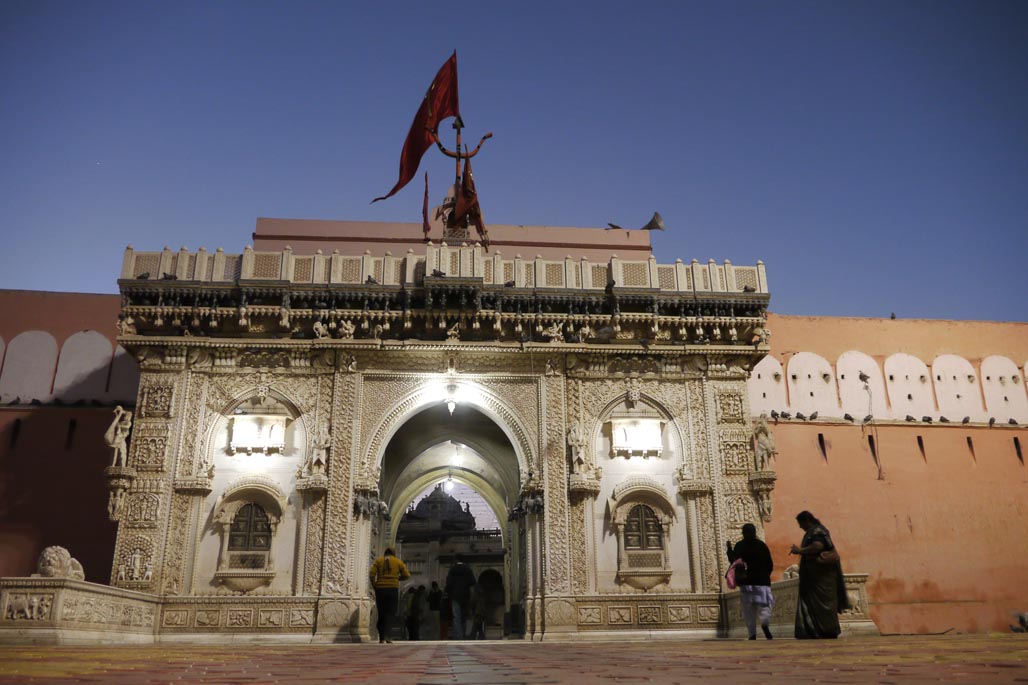 Bikaner may be known for its camel safaris and impressive fort in the state of Rajasthan, but it is its unique temple in the town of  Deshnok that attracted us to the area. The Karni Mata Rat Temple just may be the freakiest attraction we’ve ever been to.

The Karni Mata Temple just may be one of India’s strangest attractions.

What is the Karni Mata Rat Temple?

And pilgrims make regular trips to Deshnok to worship these long-tailed rodents.

As our guide explained to us…

The Goddess Karna Mata was a part of the Charin clan in her lifetime.  She lived to be 150 years old and remained young and beautiful. After her death, she became a rat.

And so the cycle continues.

These holy rodents are revered by their followers as the Charin People believe that the rats of the Karni Mata Temple are their ancestors.

The Rat Temple yet another fascinating stop in India.

Apparently even during the worst of the plague, the town of Deshnok was not affected.

Worshippers make pilgrimages to the Karni Mata Rat Temple not only to worship the rats, but to also heal their ailments.

An interesting fact that everyone told us was that these rats never leave the temple even though they are free to do so. I say, why leave when you are given a steady stream of tasty milk and treats.

It is considered lucky to spot a white rat and we managed to see one scamper around the grounds.

I understand why it is so difficult to spot one though, the minute it comes out of hiding, hoards of tourists and pilgrims chase after it to catch a glimpse.

It isn’t long before it runs back into a hole in the wall.

We pondered the thought that this poor rat probably says to its buddies. “Why don’t I ever get a chance to eat in peace like the rest of you? Every time I come out for a bite, I am chased by these silly humans.”

It is also considered auspicious to have rats scamper over your toes.

Well, Dave and I must have some good fortune in our cards because they scampered over to us more times than I would like to admit.

Maybe it was our stinky feet from not showering for days that attracted the rats so often.  Or maybe we are just the chosen ones.

Did I tell you that you have to enter the rat temple barefoot?

Be prepared to walk through a lot of rat poo.

Rat food, dirt and grime. And I hope you don’t have a rat phobia, you will have a rat run over your toes.

But you know what? I wouldn’t miss this attraction for the world.

The Karni Mata Rat Temple was one of the most unique experiences we’ve ever had. If you’re going to visit a temple, it might as well be full of rats.